Triumph Trident 660: Everything You Need To Know

Priced at Rs. 6.95 lakh, the Triumph Trident 660 is the most-affordable Triumph motorcycle on sale in India. Here's all you need to know about this roadster. 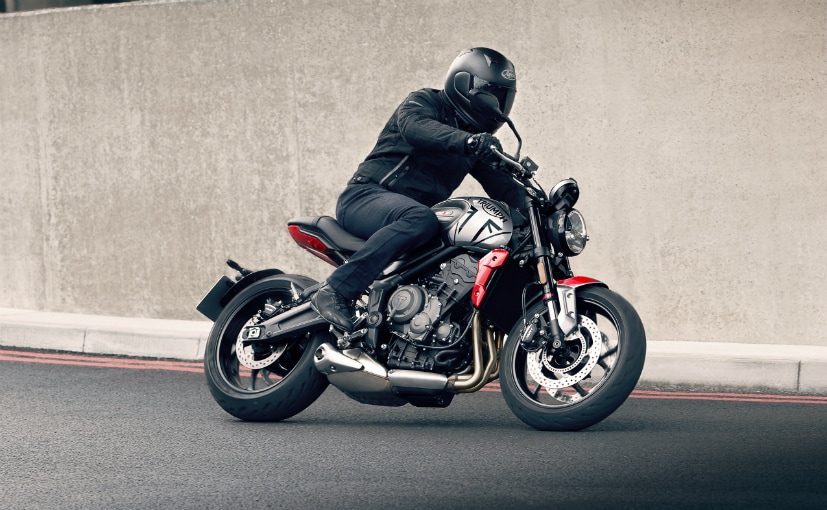 View Photos
The Triumph Trident 660 is the most affordable Triumph motorcycle at Rs. 6.95 lakh

The Triumph Trident 660 is the entry-level model in the Triumph motorcycle line-up, as well as the Triumph triple engine roadster line-up. Designed and built for easy rideability, combined with entertaining performance, accurate handling and balance, the Trident 660 is launched at an introductory price of ₹ 6.95 lakh (Ex-showroom). Built as an easy-to-ride everyday commuter, and with the handling and performance that should make it an entertaining leisure riding naked bike, the Trident 660 is designed for riders with less experience, and for those looking to get back into motorcycling. Here's everything you need to know about this new middleweight Triumph roadster. 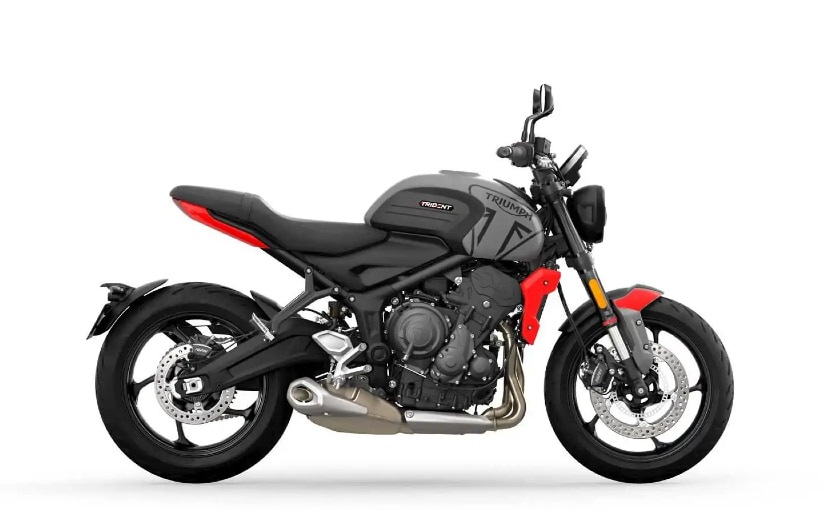 The minimalistic design is classic Triumph triple roadster, and the Trident 660 looks sporty, and muscular

Designed and developed by the team at Triumph's headquarters in Hinckley, UK, the new Triumph Trident also gets styling inputs from Rodolfo Frascoli, the motorcycle designer behind the new Tiger 900. Frascoli was also the man behind the Triumph Speed Triple's design, as well as the now-discontinued Tiger 1050. The Trident 660 has a muscular stance, and the bulging lines of the two-tone fuel tank gives the bike a broad shouldered look. Overall attention to detail, fit and finish, as well as components, including the LED lighting, sharp tail section, and TFT console gives the Trident 660 premium appeal.

Also Read: What To Expect From The Triumph Trident 660 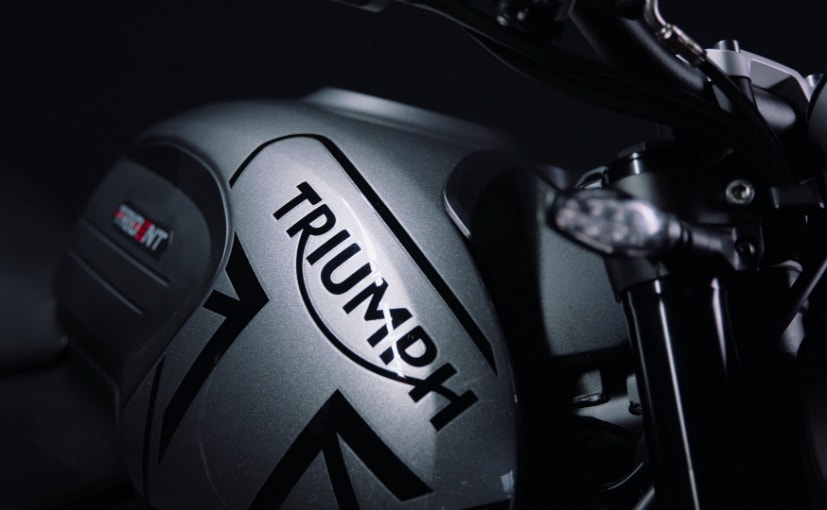 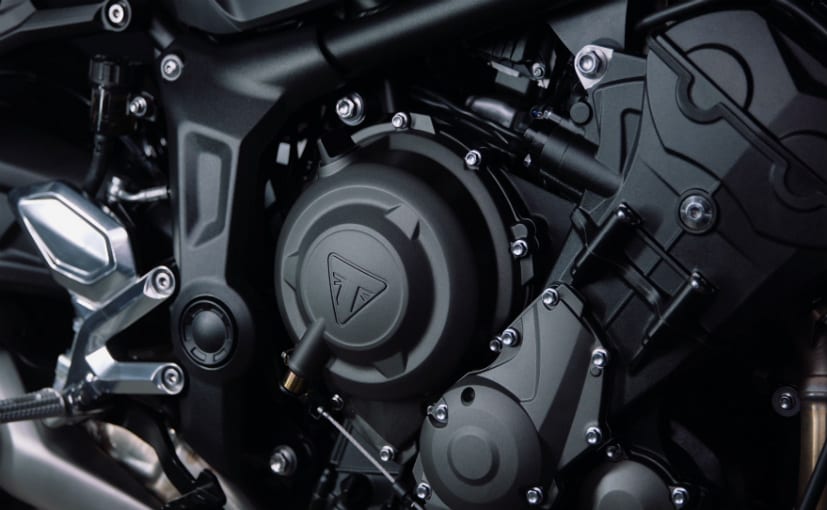 The 660 cc, inline three-cylinder, liquid-cooled engine is all-new, but it's derived from the base architecture of 675 cc engine of the Triumph Daytona 675. And that engine is also the base for the Triumph Tiger 800 and the Triumph Tiger 900. The Trident's 660 cc engine makes 80 bhp at 10,250 rpm along with peak torque output of 64 Nm at 6,250 rpm. According to Triumph, 90 per cent of the torque is available throughout the rev range, so it should make for a fun-to-ride motorcycle with responsible performance, despite the modest performance figures. Triumph says the engine has been designed to combine low down and mid-range performance of a twin, with the top-end performance of a four-cylinder engine. 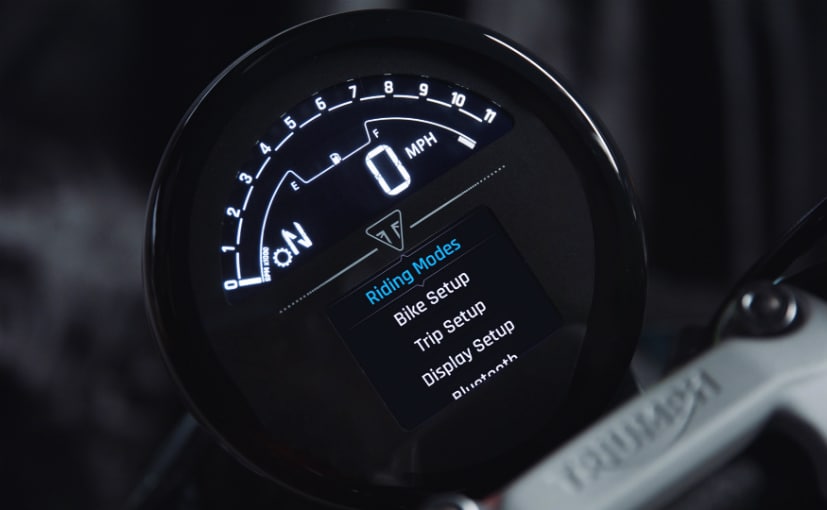 The Trident 660 get a round TFT console, with LCD readout for speed, revs and gear position

The Trident 660 gets a host of technical features like Bluetooth connectivity, turn-by-turn navigation, ride-by-wire, and switch cube GoPro control. The bike comes with two riding modes, Road and Rain, and gets a standard slip and assist clutch, along with switchable traction control and ABS. The Trident 660 also gets accessory Shift Assist, and the My Triumph Connectivity System. Lighting is all-LED and the turn indicators are self-cancelling. 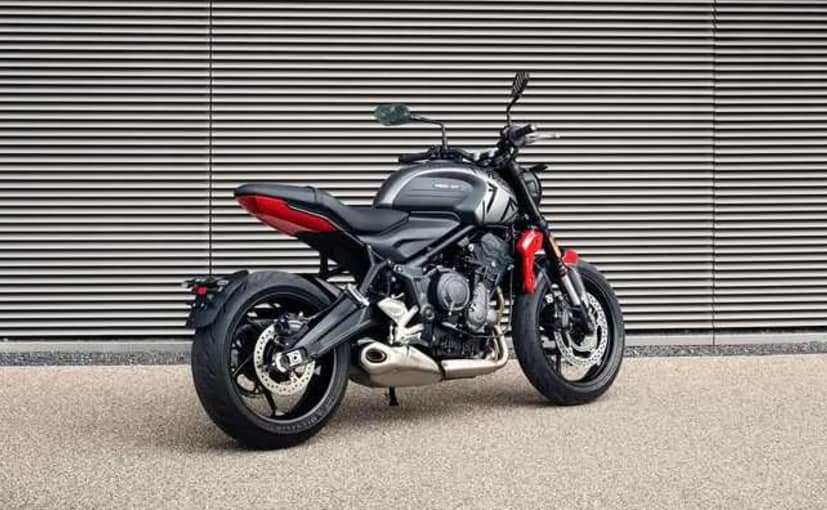 To offer owners peace of mind, and low maintenance expenses, the Trident 660 gets a service interval of 16,000 km (or 12 months), and comes with an unlimited mileage warranty for two years. 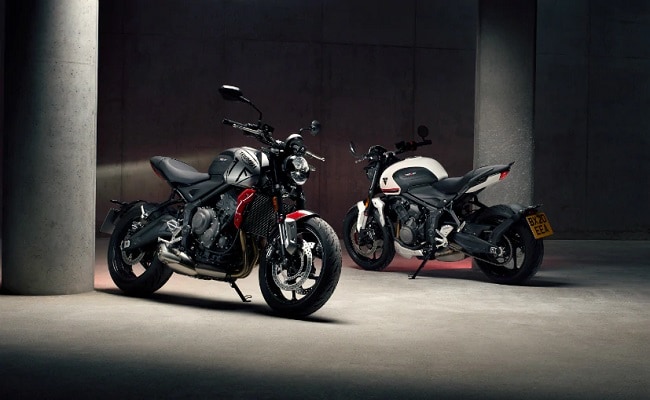 The ₹ 6.95 lakh (Ex-showroom) price is introductory and undercuts its rival, the Honda CB650R by quite a margin. The CB650R is priced at ₹ 8.67 lakh. However, the Trident 660 will also compete with the Kawasaki Z650, and with a price tag of ₹ 6.04 lakh (Ex-showroom), the Z650 offers a lot more value. Where the Trident 660 will possibly have an edge is the triple engine's character, as well as the sharp handling it's expected to get. Look out for our first ride impressions coming soon, once we get to swing a leg over the Triumph Trident 660.