All findings from the crashes and the resulting extrication work will be collected in an extensive research report. 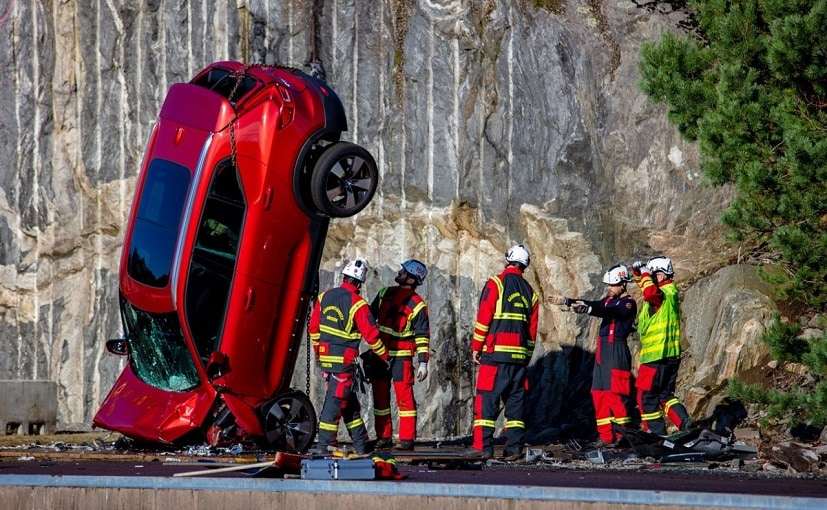 View Photos
A total of ten Volvos, of different models, were dropped from the crane several times.

Volvo Cars, in what can only be described as the most extreme crash test yet, is dropping all-new cars from a height of 30 metres. It's all research though and this extreme test will allow rescue services to prepare for any possible crash scenario and to simulate the forces that erupt in the most extreme crashes, beyond what can be simulated with ordinary crash testing. 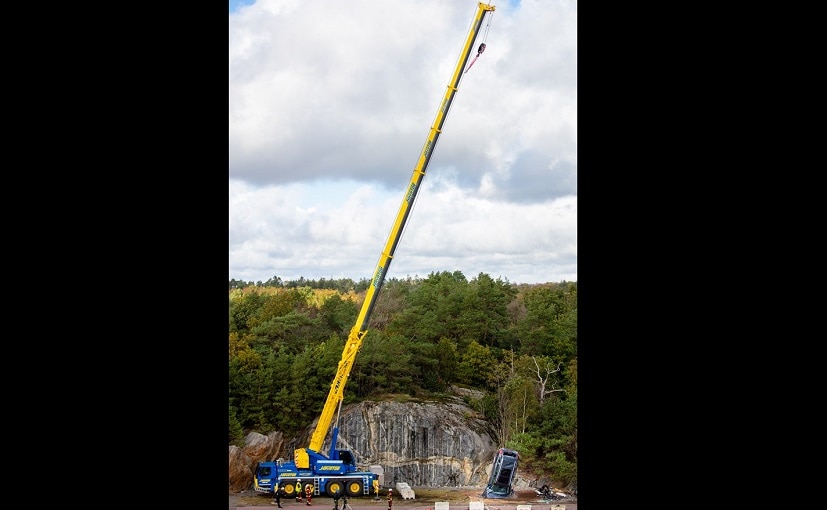 In such situations, people inside the car are likely to be in a critical condition. Therefore the priority is to get people out of the car and to a hospital as quickly as possible, using hydraulic rescue tools.

We wanted to help our Emergency Services develop new methods of extracting people after severe accidents, but our regular crash tests weren't enough. So, we had to think of something a little more extreme.... #ForEveryonesSafety pic.twitter.com/fMGF1A4HtU

All findings from the crashes and the resulting extrication work will be collected in an extensive research report. This report will be made available free of use to rescue workers elsewhere, allowing them to benefit from the findings and further develop their life-saving capabilities.

Usually, rescue workers get their training vehicles from scrapyards. But these cars are often up to two decades old. And in terms of steel strength, safety cage construction and overall durability, there is a vast difference between modern cars and those built fifteen to twenty years ago.

This makes it crucial for rescue workers to constantly update their familiarity with newer car models and review their processes, in order to develop new extrication techniques. In other words, these training sessions can mean the difference between life and death. So at the request of the rescue services, Volvo Cars decided to step things up a notch.

A total of ten Volvos, of different models, were dropped from the crane several times. Before the drop, Volvo Cars safety engineers made exact calculations about how much pressure and force each car needed to be exposed to, in order to reach the desired level of damage.