The Volvo XC40 electric will come with the Android Automotive operating system that has been specially developed for cars and will get over-the-air updates to keep evolving the OS over time. 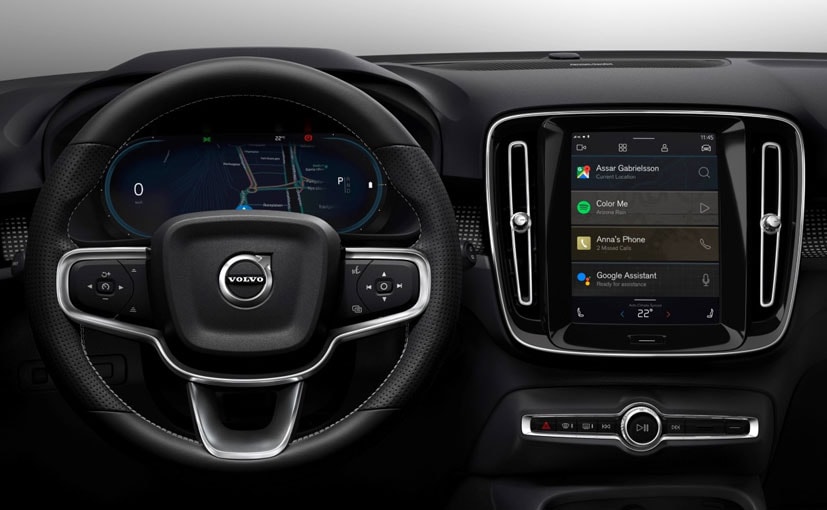 Volvo Cars has been teasing the all-electric version of the XC40 SUV for a while now and the automaker has now dropped a new detail about the model that will be unveiled on October 16, 2019. The Volvo XC40 Electric will get an Android-based operating system for the new infotainment unit that is officially known as the 'Android Automotive OS' and has been specially developed for cars. The OS is a result of Volvo's parent company Geely's partnership with Google announced in May 2017, which makes the Swedish carmaker the first company to team with the tech giant for a completely integrated infotainment system inclusive of Google Assistant, Google Maps and Google Play Store built-in.

The electric XC40 will be the first Volvo offering to get the new software and operating system that comes with over-the-air updates. This ensures that the system keeps evolving and improving over time, instead of being the newest when it first left the facility.

Henrik Green, Chief Technology Officer at Volvo Cars said, "We are finally giving you the same experience in your car that you're used to on your phone, but adapted for safe interaction while driving. And by introducing over-the-air updates for everything from maintenance to completely new features, the car can stay as fresh as your other digital products, always with the latest and greatest features."

The Google Automotive OS can be seen as a step above the standard Android Auto feature that has now been popularised in vehicles. The new operating system will not only offer the standard apps and features, but will also get optimised apps adapted for cars that are related to music and media, and can be downloaded via the Google Playstore. In addition, the Google Assistant enables voice command for controlling temperature, setting a destination, play music on apps like Spotify, while also interact with owner's smart home devices from your Volvo.

Google Maps that gets updated with realtime data every second will be used to improve road capabilities, especially the XC40 electric's Advanced Driver Assistance Systems (ADAS). Volvo will continue to offer connected services that will be fully integrated with the OS. This will help users learn more about the car including monitoring battery status, charging levels, pre-heating, remote lock/unlock and a digital key to the vehicle.