Mercedes-Benz has introduced the 2020 GLC in India and it now is better equipped than before and is a connected car too. There's a new engine on offer too and we get behind the wheel to find out more 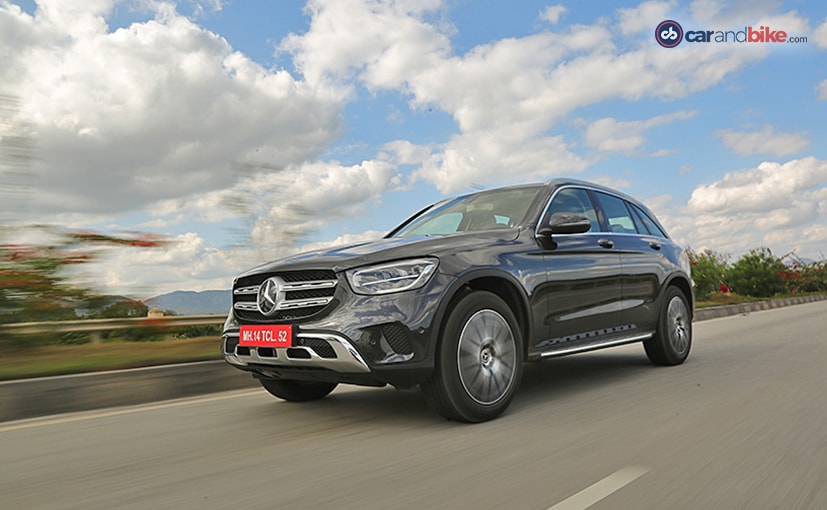 Mercedes-Benz loyalists looked forward to a car from the company's stable to take on the Audi Q5 and the BMW X3, but they had to wait till 2016 to get it. Because, that's when the company first brought out the GLC, a car based on the C-Class, but the DNA of a Mercedes-Benz SUV. When India got a piece of this, the consumers did lap it up and back when we drove it three years go, we told you that it was a serious competitor for both the Q5 and the X3. In the current scenario though, a lot has changed. BMW has brought in the new-gen X3 to India and Audi too updated the Q5 with a facelift, so, yes, the Mercedes-Benz GLC was losing ground to both these competitors. However, an update was always on the cards and it's finally here. 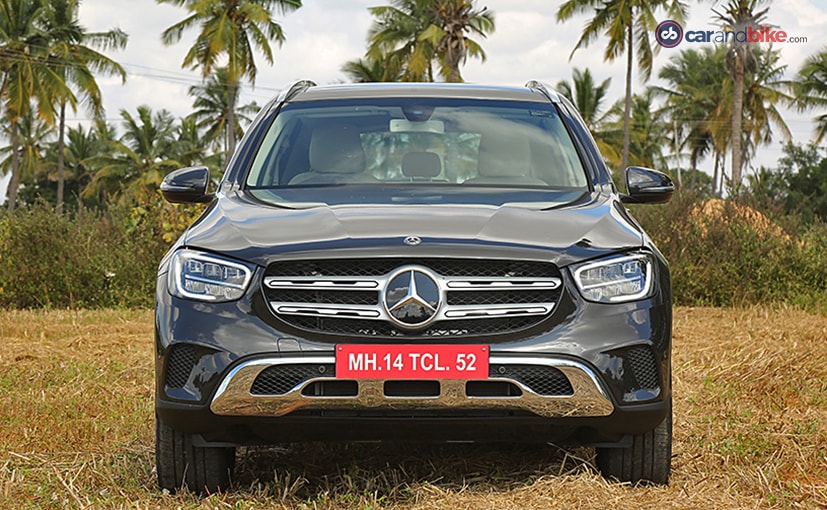 The 2019 Mercedes-Benz GLC facelift was launched way after the update to the Q5 and the new-gen X3 hit the Indian market, so there was sufficient amount of time that the company got to make sure that whatever update the GLC got made it not only a strong competitor but a formidable one too.

On the looks front, there's a lot that's changed. It gets a new front grille, new headlamps, signature LED DRLs (which look quite similar to the ones on the GLB), new bumpers and a good dose of chrome too. There are a couple of muscular lines on the bonnet but frankly, there's no sign of aggression anywhere. The design is simple and it's very much deliberate. Mercedes-Benz does not want you to think that it's a sports car, because it isn't. The goal was to bring out a car that is elegant, functional in terms of space, and of course decent in terms of performance. 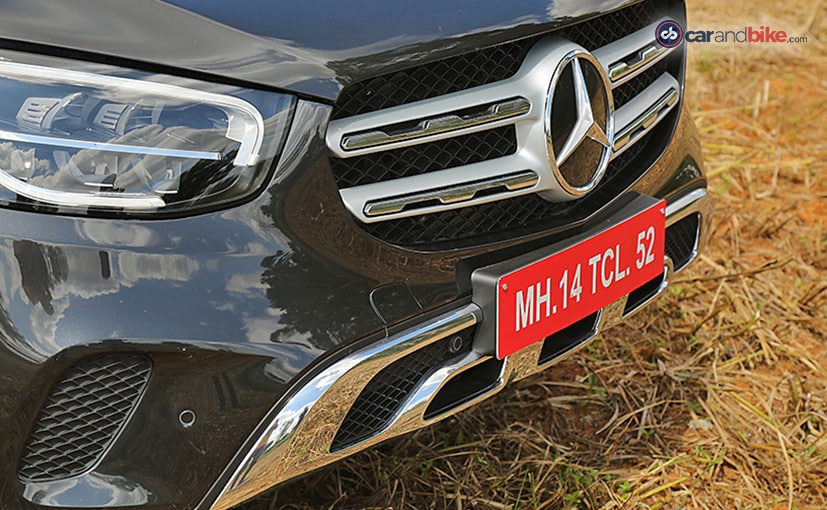 While we'll talk in detail about the other two later, Mercedes-Benz has stuck to the brief and brought out a car that looks understated and elegant. So you won't give the GLC a second look, but there's no chance you'll miss noticing one in a crowd. The side remains identical to the predecessor and there are 19-inch light alloy wheels in gloss black and high-sheen finish which really look good. The aluminium-look running boards on the side are mounted at the height of the side skirts and this makes ingress and egress an easy process.

There's chrome on the side too and that adds to the premium touch. The rear too looks simple, but gets new LED tail lamps which are similar to the ones we see on the GLS. Overall, Mercedes-Benz has done quite a lot to give it that rugged look of an off-road SUV, and to an extent it has been able to pull it off. 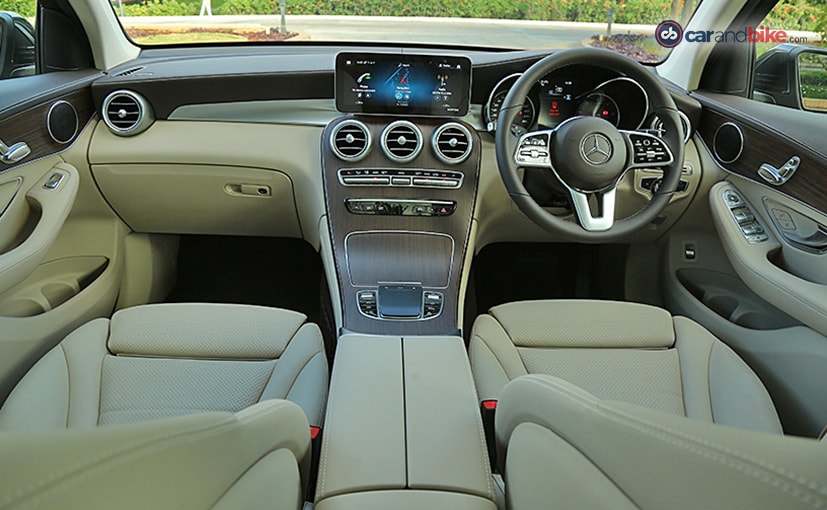 While the changes on the outside might be limited, there are extensive changes made to the cabin of the 2019 GLC, though it's a very familiar place to be. The flowing centre console remains as is, but it now gets a brown open pore walnut wood trim and unlike the earlier one which had a glossy finish to it, the new GLC gets a wood finished one; which actually looks more elegant. There's a new steering wheel and of course, the most noticeable change is the 10.25-inch touchscreen infotainment system. Yes, I just said touchscreen! Now, it's smaller in size to the ones on the E-Class, GLE, but it is just as intuitive. 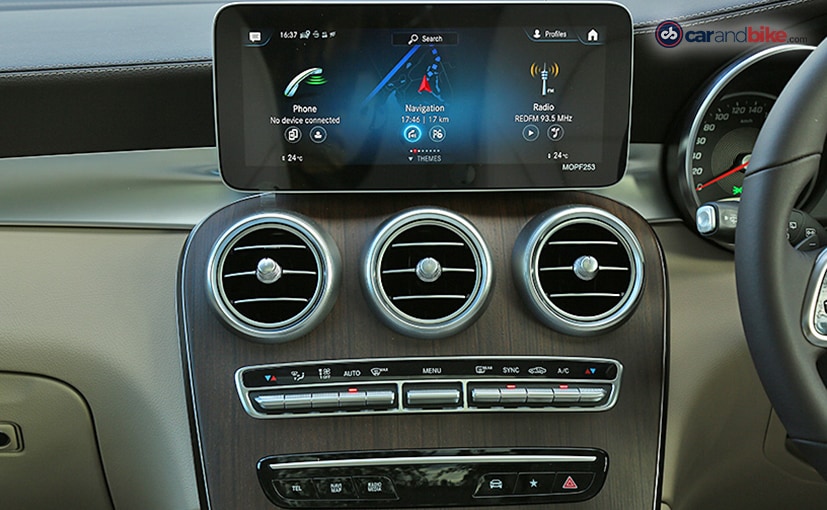 The 10.25-inch touchscreen infotainment system sits grabs your attention the moment you sit inside

The system helps you quickly to navigate through all the menu options and if that was not enough, Mercedes-Benz provides you with a haptic touchpad, which one can use to browse through the menus. We are no stranger to this tech and it still works like a charm. The car that we got came with beige upholstery and this really gives you a sense of space inside the car. Of course, it's trendy and therefore features like ambient lighting (which has 64 colour combinations to offer) and wireless phone charging too. Considering that most of the buyers of the GLC will want to be driven in it, rear space becomes a very important aspect. There's good amount of space at the rear and the sculpted front seats add to that experience. There's good knee room on offer and decent amount of headroom too. It can seat three people at the back and for two people it's quite luxurious. 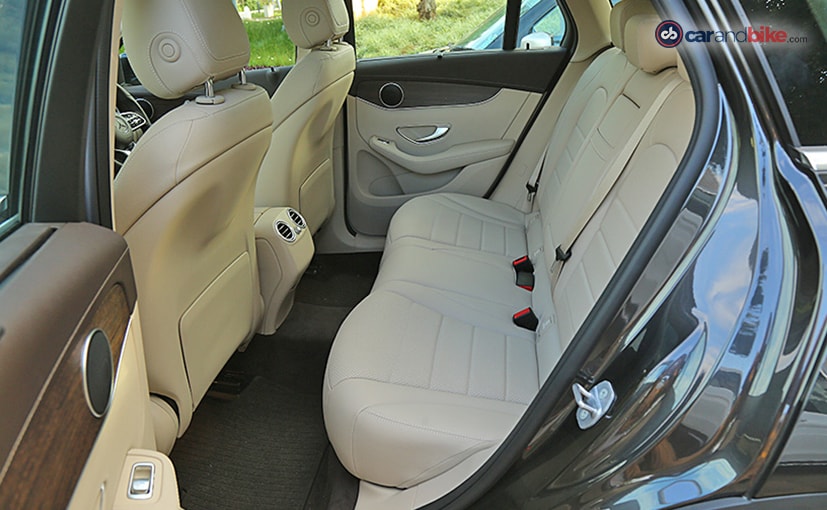 However, what it misses out on is controls to the media, so sadly, you cannot change the radio channel or flip to your favourite song, without disturbing the driver or the co-passenger. There are though, 3 charging options at the rear now and this includes, two C-Type chargers and one 12 volt charging point. Here too, we wished there were USBs considering how universal they are as far as functionality is concerned. There was, of course, one concern that we had with the GLC last time around and that was the boot space on offer. You had to choose, between carrying a spare tyre or having space for your bags. Mercede-Benz doesn't give you that choice anymore. 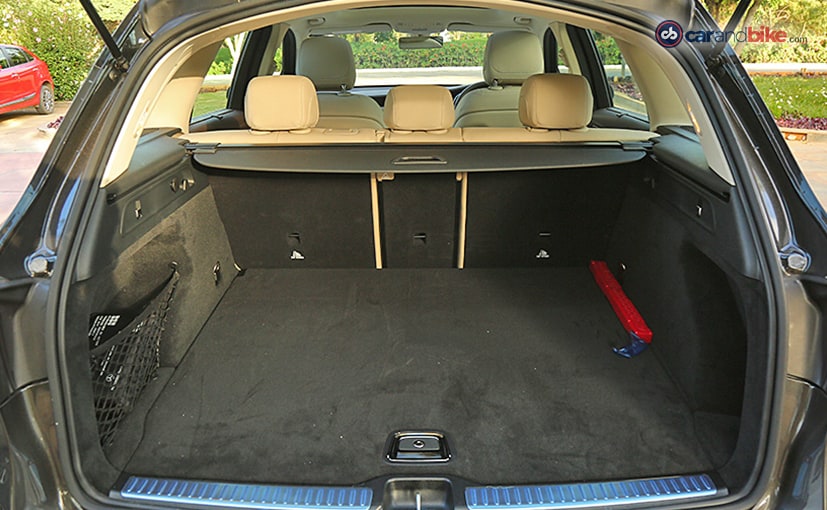 The company has worked on this complaint and now offers 930 litres of bootspace which is extendable to 1558 litres with the second row down. The cabin of the new GLC then is might impressive, but it doesn't stop there. The GLC is the first car to come with an embedded sim making it a connected car of course and the first in its category in India. Mercedes-Benz calls it the MBUX and it changes the way you now look at the GLC. 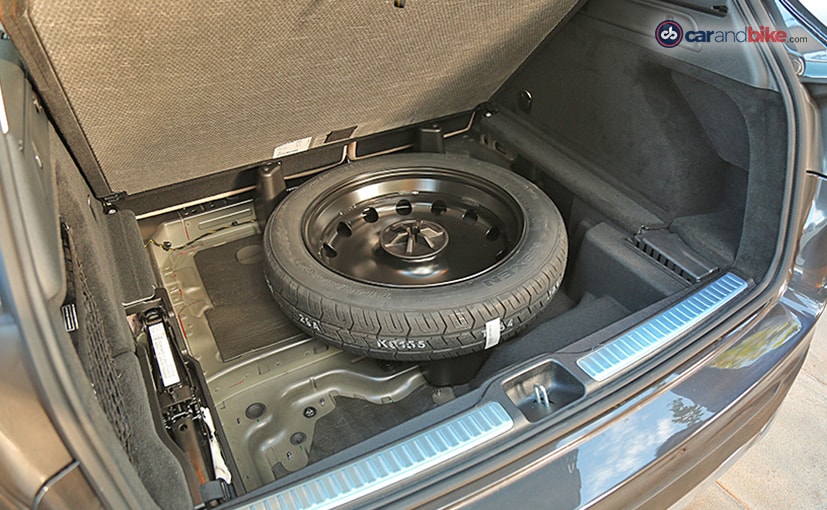 How Effective Is The MBUX System

It's not our first time out with a connected car now. We have the Hector, Venue and even the Kia Seltos in the country, so we have a grasp of what all one can do. But how different is the MBUX compared to the systems we've seen? Well, not so different. Thanks to that embedded sim you have connectivity on the go and yes, you can do stuff remotely, like locking your car, wherever it may be. You also get a speed alert system and also vehicle tracker, to tell you the car's location. All this is available on the Mercedes me App and there are multiple functions available here. 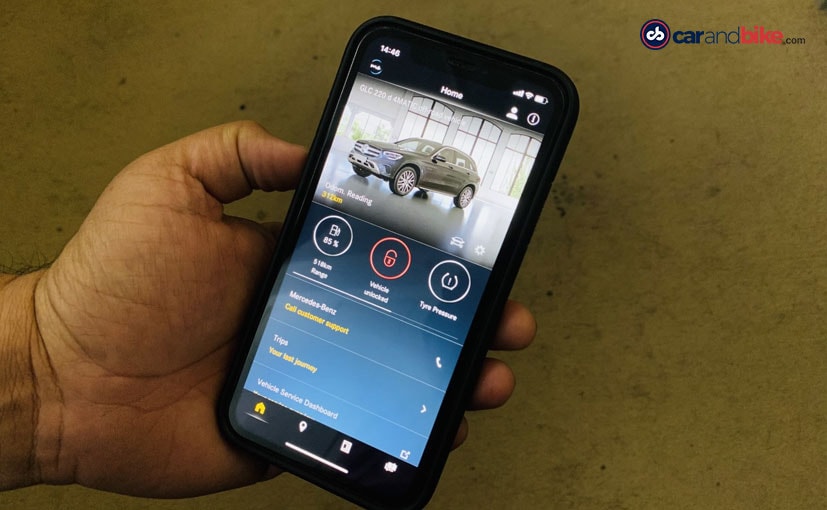 But the best part amidst all this all is the virtual assistant that you activate by just saying 'Hey Mercedes' or 'Hi Mercedes'. I had to try it so I asked a frequently asked question. "Hey Mercedes, I am hungry" and the response came immediately showing me all the restaurants around the area. Now, the fact that the AI can accept hungry as a keyword was impressive. The assistant and understand 32 languages, sadly Hindi is not one of them, but it does understand accents and did very well to respond to any command I gave it. In fact I even went ahead and asked it "Hey Mercedes, tell me a joke" and the immediate response was "Sorry I cannot do that, My engineers were German" and I couldn't help but burst out laughing. It's genius, isn't it? 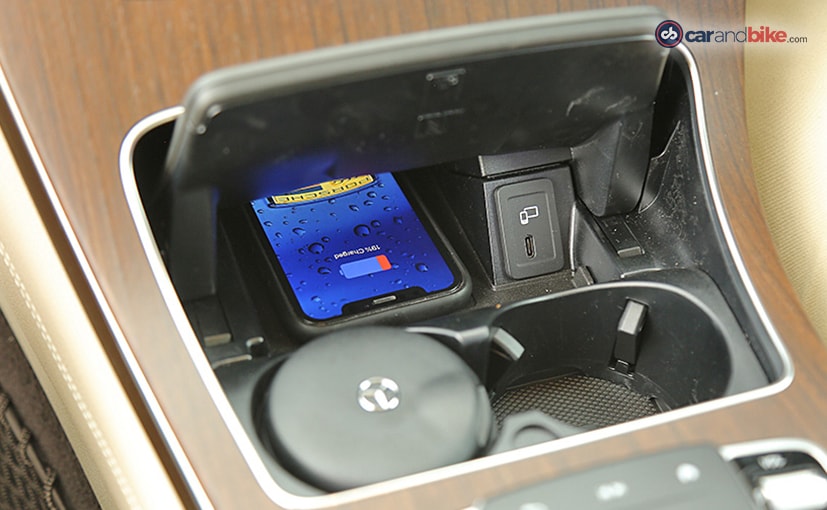 While there are just two responses that activate to this 'joke' command, it's quite enough to make the car more human and interactive at that. Clearly Mercedes-Benz has been able to achieve that. But the impressive part here is that the company's team in India has played a big role in the development of MBUX and the fact that we will see this technology in all Mercedes-Benz cars, just proves how important the company's R&D facility in Bengaluru is. It is actually central to everything that Mercedes-Benz is doing globally.

Mercedes-Benz has done away with the 2.1-litre diesel which was introduced in the GLC. Now it gets a 2-litre, 4 cyclinder turbo unit which is more powerful and also BS6 compliant. 191 bhp on offer and that's 23 bhp more than before. There's 400 Nm of torque which kicks in pretty early and gives you that additional thrust right from the word go. 0-100 kmph is done in 7.9 seconds which is impressive for a car that weighs over 2.5 tons. 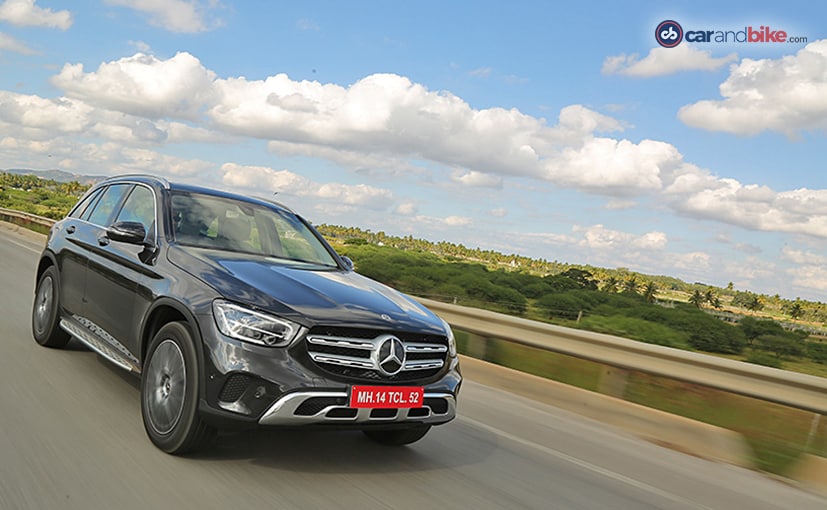 Feeding the power to all four wheels is the 9-G tronic transmission that makes sure that the dull moments, like lag are not part of the drive and the shifts are seamless, which just makes things even better. The steering too is well weighed once the GLC picks up speed but try and throw it into a corner and there's evident body roll. The suspension too is on the stiffer side than before and well, that works in your favour, because it rides like a dream. All the undulations, potholes on the road are just evened out by the GLC. There's a sharp kick back on some big potholes but nothing to rattle the passengers inside. It's smooth sailing frankly. 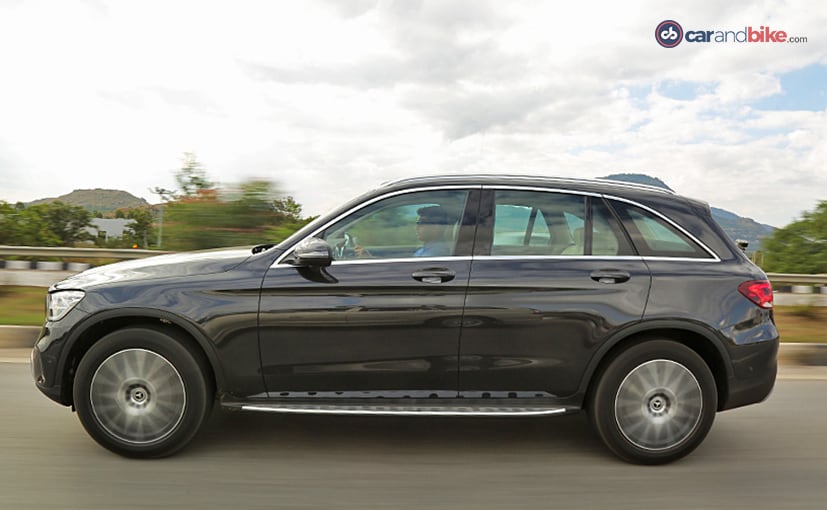 The Mercedes-Benz GLC, thanks to the good ground clearance, takes all the undulations of the road in its stride

Mind you this is not an adaptive suspension, but the GLC still manages to accomplish crease out anything and everything Indian roads might have to offer. The ground clearance too makes things better because you ride higher and have a good sense of the road ahead. In fact it is an extremely competent mile muncher and can do cross country for sure. The engine is silent and nothing gets into the cabin, which again is a big improvement over the previous car. There's of course the petrol option available as well but we didn't get to drive. Soon hopefully! 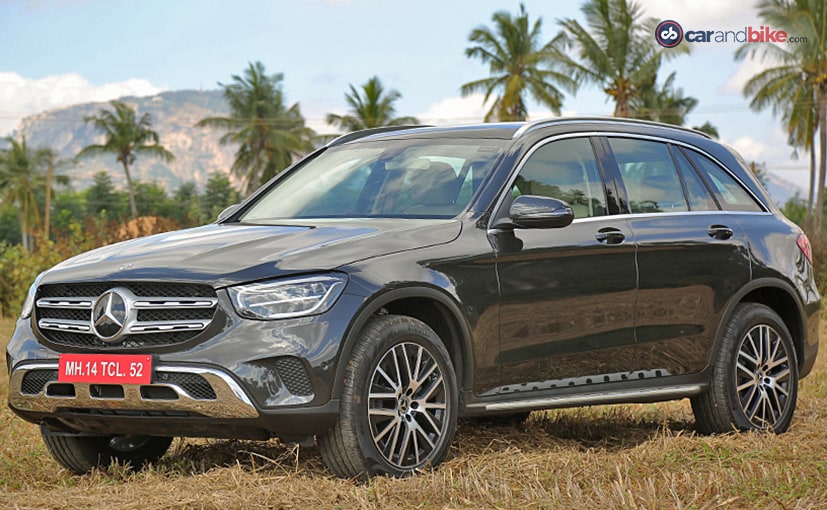 It's interesting though how closely both the diesels of the X3 and the GLC are priced, but the GLC has more on offer. The MBUX system puts it in a different league altogether, making it a 'smart' car (a word that's trending every single day) and something that a lot of consumers desire. Mercedes then, has ticked all the right boxes; it's powerful, tech laden, feature rich and a treat to drive in the city and even highways. 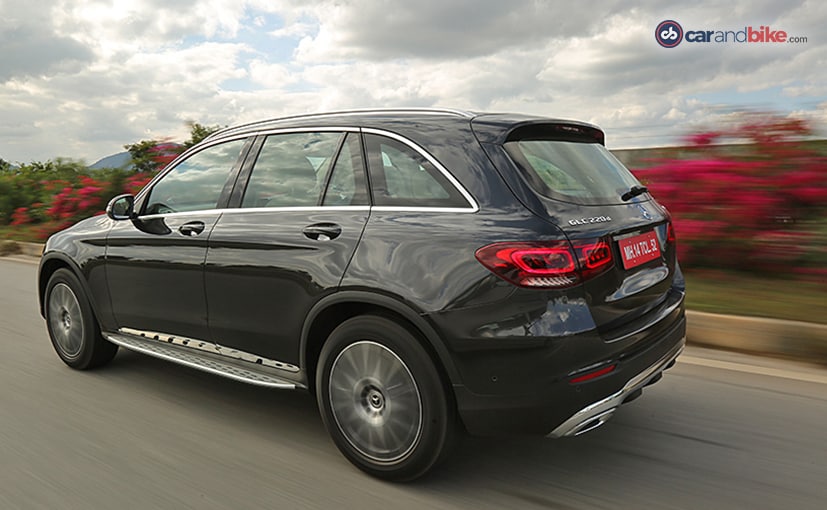 Sure, it has a few rough edges; but clearly Mercedes-Benz India have been able to identify the big problem areas, work on it and make it better. The GLC then is a big leap from what it was and therefore now a true contender in the segment.