In its latest avatar, the new Audi Q3 looks modern, muscular and dynamic. Even the cabin gets a comprehensive upgrade both in terms of styling and features, while the new TFSI powertrain give it a new character altogether.
By Shubham Parashar 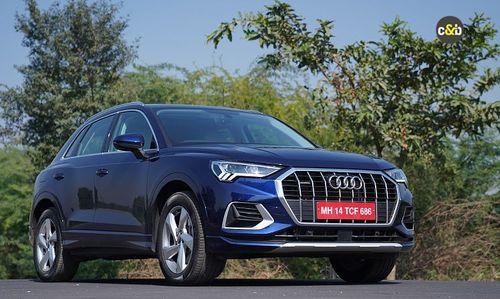 Audi's dominance in the SUV space might have withered a bit in the past few years given the arrival of new tech packed rivals like the new Mercedes-Benz GLA and the Volvo XC40, but the Q3 has a legacy here. It's an SUV that you can identify with ease and in its latest avatar it looks modern, muscular and dynamic. Even the cabin gets a comprehensive upgrade both in terms of styling and features, while the new TFSI powertrain give it a new character altogether. So let's check the 2022 Audi Q3 and begin with the design first. 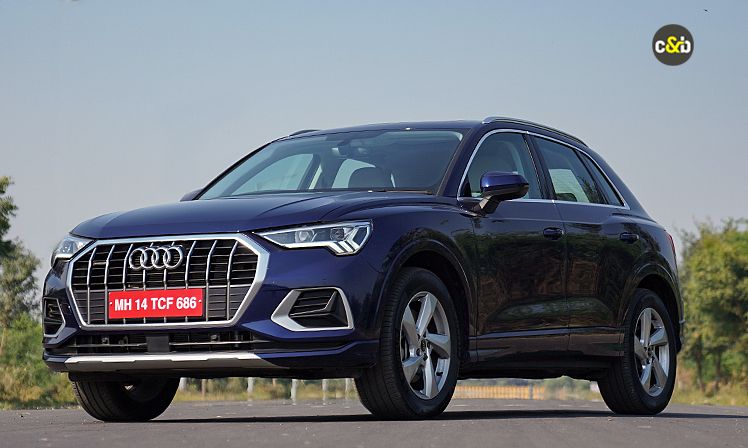 Well the Q3 is instantly recognisable because the top-hat and silhouette retains that identity. But how grown, muscular and contemporary it has become, you'll only figure once you spot it beside the previous one. And every time Audi does the unexpected with the design, especially the front end. Just take this grille for instance, every time we think that it can't get any sharper or bolder, but again it looks so daunting. 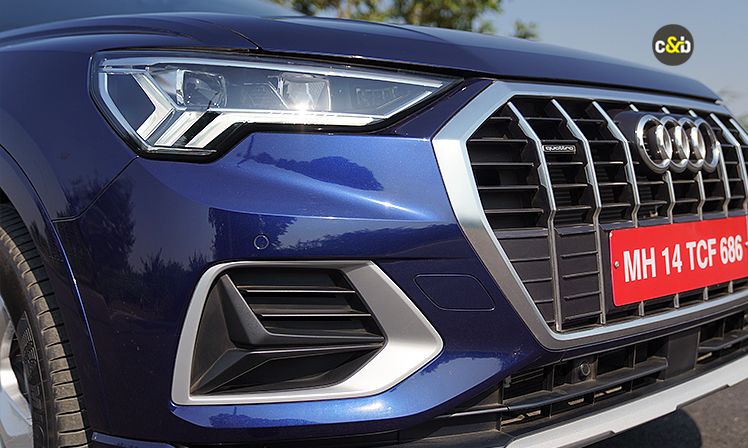 Audi simply aces the grille design and it goes very well with the overall appearance, even other elements like the Matrix LED headlights, these bigger side curtains and the right amount of contrast on the face give it a very stylish look. The sculpting on the bonnet and bumper is very aptly done as well. Every bit, it looks like a baby Q8. 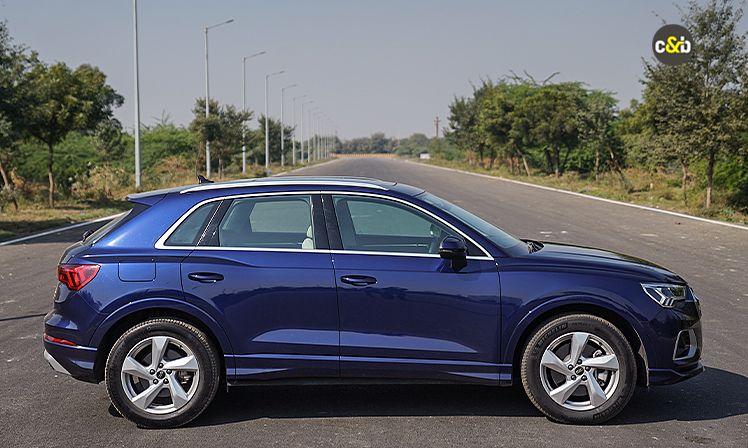 The profile portrays a similar silhouette along with sharply moulded panels and a strong shoulder line. The wraparound taillights give it the new-gen Audi stamp. 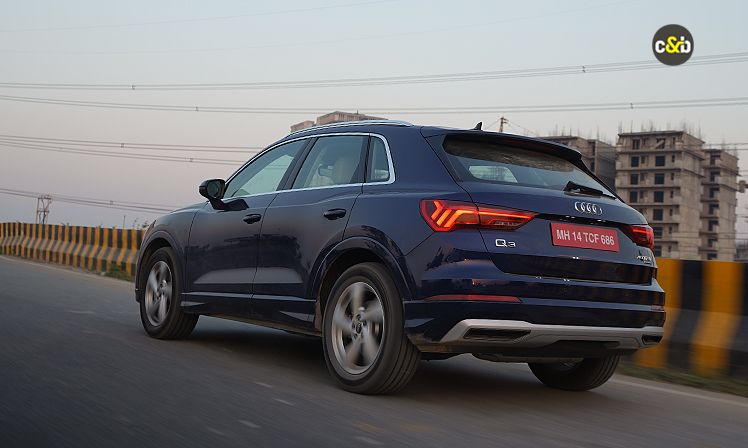 The sense sportiness comes from the chunky silver skid plate housing and the dual-exhaust. It's grown when compared to its predecessor and the table tells you the story. 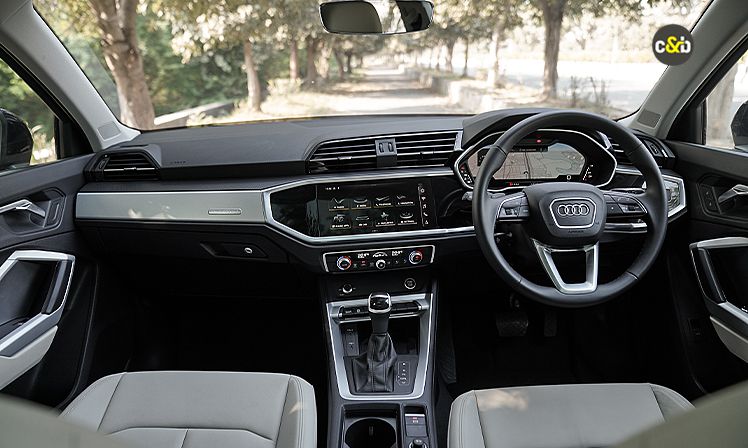 It's longer, wider and taller than before and that reflects inside the cabin. As soon as you get inside of the new Q3, you feel that sense of freshness. It feels more premium than the predecessor and the use of colour is quite well balanced. 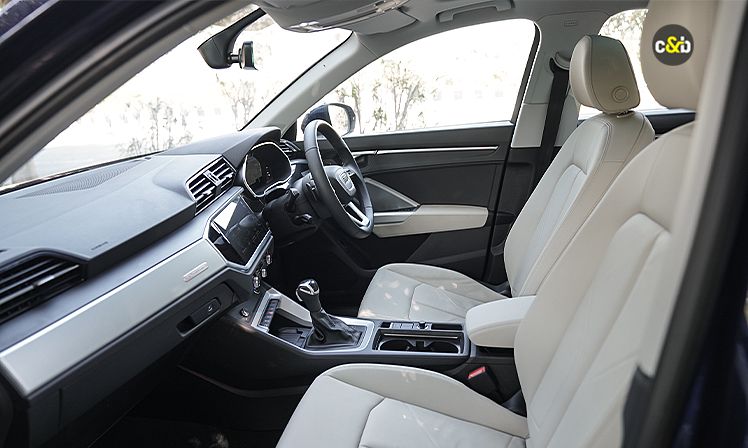 You get beige treatment on the seats and upholstery which enhances the sense of airiness, silver knurled finish on the dashboard, chrome, piano black and the overall black on the top surface adds to its premium quotient. The seating position and view outside is very good, seats themselves are very comfortable with enough side bolstering. 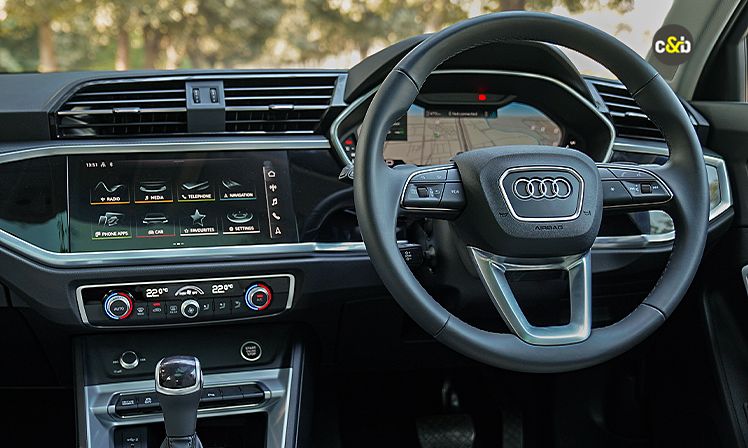 Even in terms of practicality it's a good cabin. You get quite useful spaces like you can put your phone in the dedicated storage space between the cupholders when you're not using the wireless charger. The central console is angled 10-degrees towards the driver for easy access and readability, so that your eyes are not off the road. 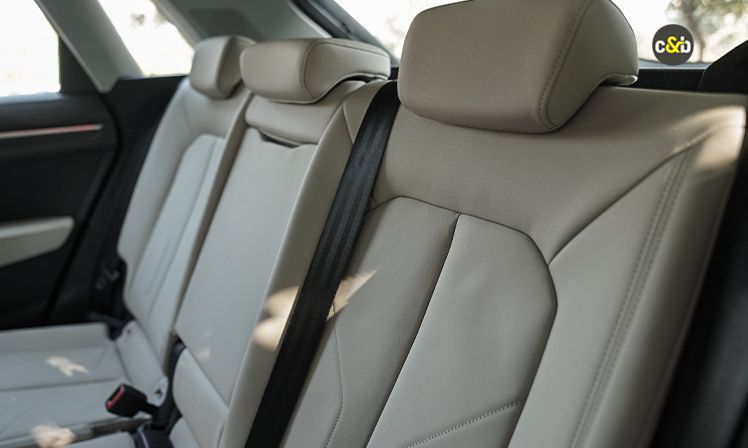 It's roomy at the rear too, you won't complain about the legroom or headroom, but the taller ones might be discontent with the under-thigh support. Though the rear seat is wide enough just for two adults. You can maybe squeeze in a child in the third seat, the tall transmission tunnel and overhanging central console make things difficult.

The new Audi Q3 sees quite a significant upgrade in the features department. The new touchscreen is a 10.1-inch unit and is done very well. It is integrated in the central console, so it's not a freestanding one and that's something I really like because you get a clear vision across the binnacle. You also get the 10.25-inch virtual cockpit which is a new addition in the Q3 family. It has very crisp and sharp graphics and the MID gives all the information you need on the go, if not more. In terms of other creature comforts, it is at par with its rivals offering creature comforts like wireless charging, powered front seats, auto-dimming mirrors, panoramic sunroof, dual-zone auto climate control, a premium sound-system and a lively ambient lighting among others. You have easy access to the Audi Connect tech but there's no wireless connectivity for Android Auto and Apple CarPlay, you will have to use a wire. 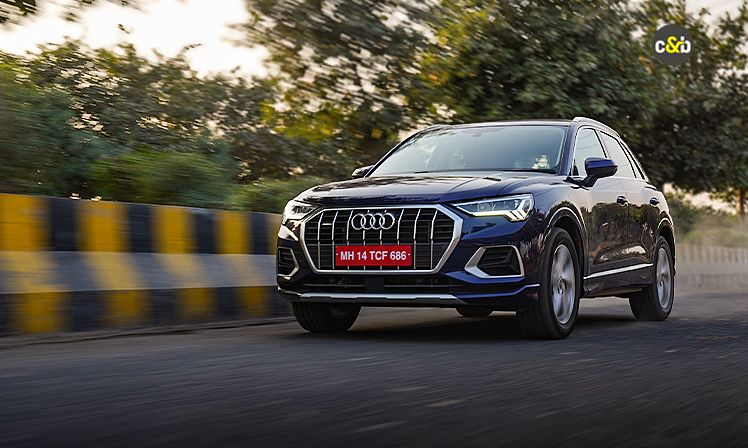 Time to get behind the wheel and see if it gets any more compelling. The 2.0-litre TFSI turbo petrol motor is a mainstay in the Volkswagen family and by now we've driven it in a plethora of cars.... But it's the Audis that bring the best of this engine. It belts out 138 bhp between 4,200 rpm and 6,700 rpm, and 320 Nm of torque accessible as low as 1,500 rpm while elevating up to 4,200 rpm. The four-pot motor is mated to a seven-speed S-Tronic automatic transmission sending power to all four wheels and we would take the liberty of saying that in the current spec it is very close to the performance and thrill levels of a V6. It now does the 0 -100 kmph sprint in 7.4 seconds and clocks a limited top-speed of 220 kmph. 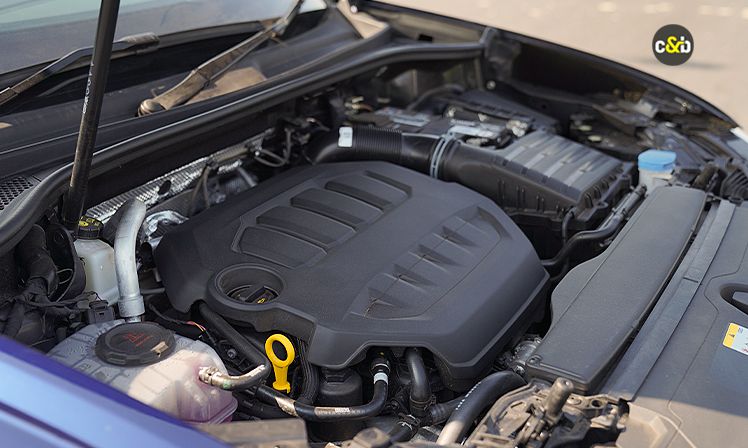 It's quite well complemented by the gearbox combination. The power delivery is linear but aggressive, and it's evenly spread throughout the rev band. Just a tap on the throttle and it'll pull effortlessly. Just that a shudder is felt in the dynamic mode when things are more aggressive and is a bit more prominent during the launch. Otherwise, it's quite smooth in other modes. Even in the Auto and off-road modes which are new additions. The Auto mode adjusts the throttle response judging your inputs on the pedal and tries to establish a balance between the Dynamic and Comfort modes. The off-road mode doesn't give it true blue SUV creds but channelises traction to the right wheel to get you out of a sticky situation. 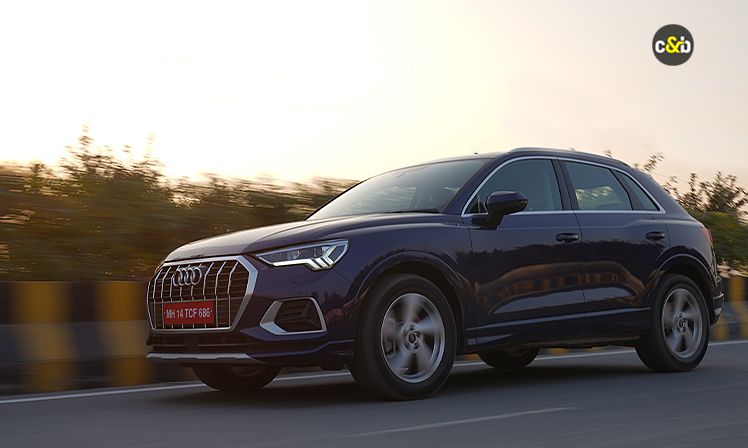 As soon as you get going, you'll really start appreciating it's ride quality because it has just the right amount of suppleness. In previous Audis we've seen the suspension setup being a bit biased on the stiffer side but this one takes those sharp bumps and potholes quite handsomely. In fact they don't feel as sharp. What's even more promising is that it doesn't take a toll on the dynamics. Even when you chuck it around the corner the body rolls are well contained and the nose is pointed in the right direction. For most of the part the suspension works silently, and those thuds are only heard if you are harsh with it. 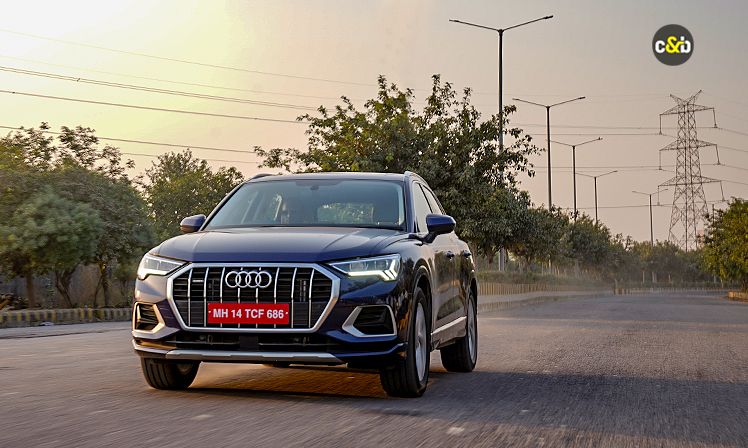 The Audi Q3 also favours your usual spirited driving and it's only when you encounter a set of twisties or attack a corner without letting it drop a gear, you'd wish for a tad more heft in the steering and better feedback for quick and sharp turn-ins. More so because the chassis is so aggressively ready to take on those fun and challenging roads and that accuracy in the steering would give encouragement you need going full throttle. Otherwise, the chassis maintains its composure even at higher speeds, handling things well! 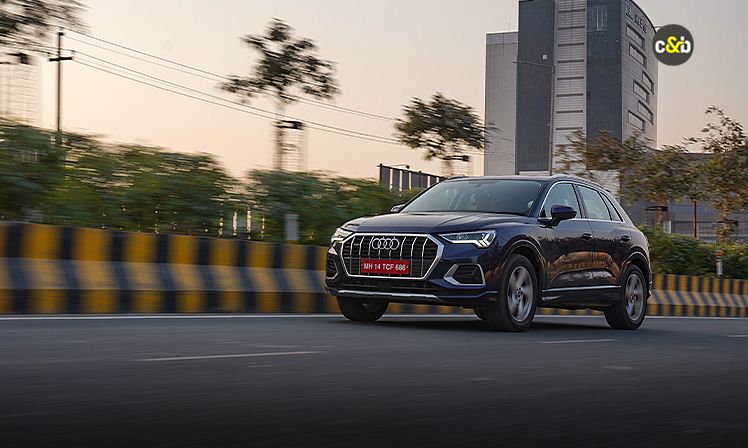 On to the prices then. The range begins from Rs. 44.89 lakh and at that price point it undercuts the base Mercedes-Benz GLA 200 which comes with a comparatively humble 1.3-litre petrol motor, by Rs. 1.61 lakh. The fully loaded top-end Q3 Technology goes up to Rs. 50.39 lakh. However, the catch here is that the GLA has an AMG variant which and here Audi deals a blow as the top end Q3 is nearly Rs. 10.61 lakh more affordable than the AMG. That's killer pricing strategy! So truly... the Q3 provides more bang for your buck! And yes, deserves every bit of your attention. 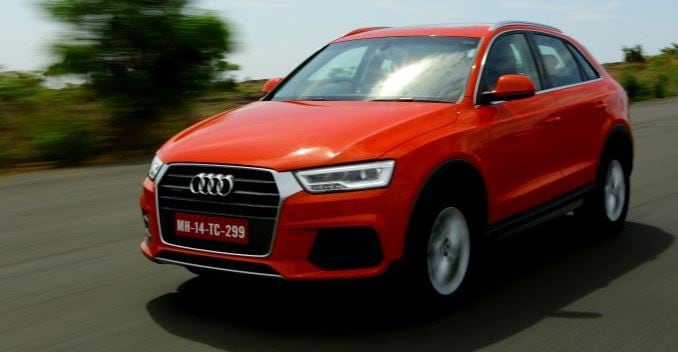 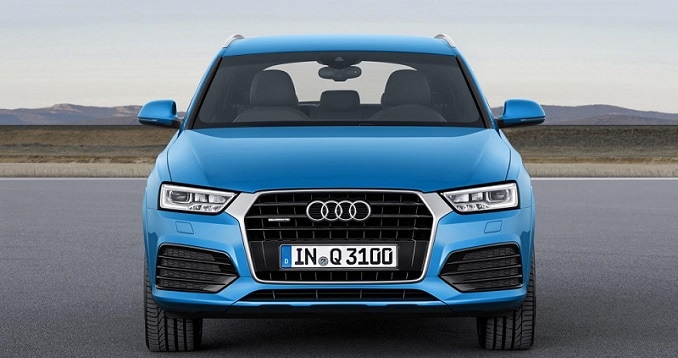 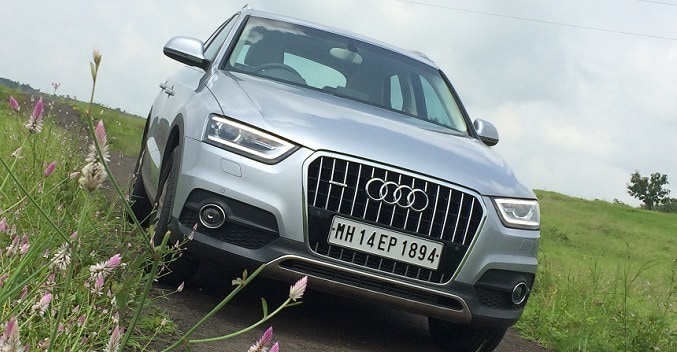 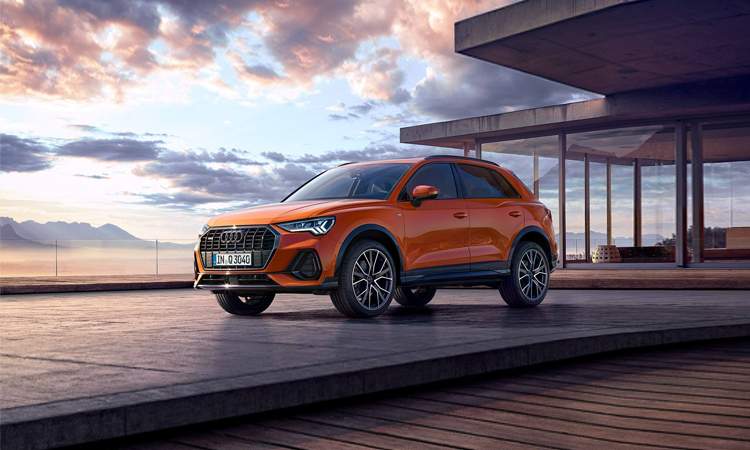