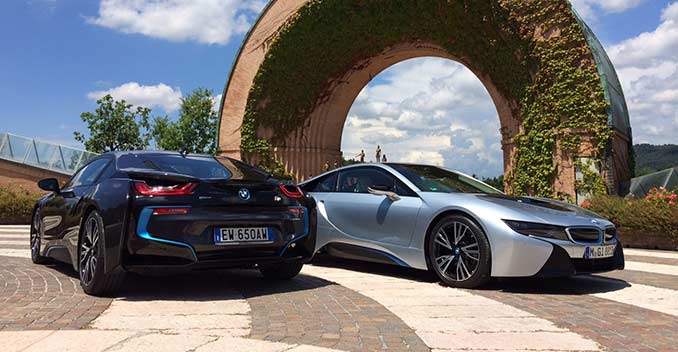 It's not everyday you get to drive the future. That's the pitch from BMW as it pulls out all the stops to impress upon us that its BMWi brand is indeed the future, now.

After a somewhat successful debut of the all-electric i3, now it's the turn of the brand-shaping i8 sports hybrid. The car aims to be green, but more importantly it wants to take pole position as BMW's newest and most compelling sports car. Yes a green supercar if you will. 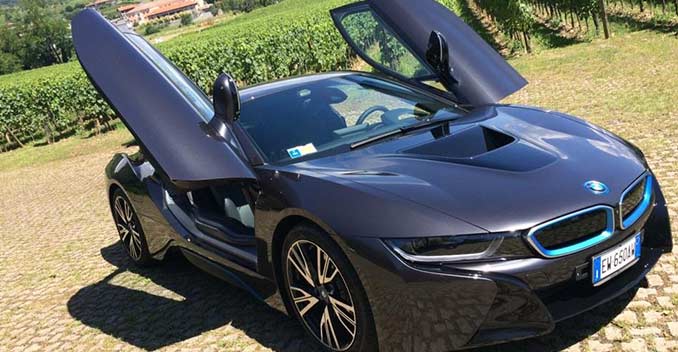 The plug-in hybrid system uses the same 3 cylinder 1.5 litre engine we have seen in the new generation of the Mini Cooper hatch. I was impressed with it then, and am even more so now. It develops 231 bhp and a very neat 320 Nm of torque. The twinpower turbo petrol engine is housed transversely on the rear axle and power goes straight to the rear wheels via a 6 speed auto box. The electric motor sits up front and puts out 131 bhp and a juicy 250 Nm of ready torque. This unit channels power to the front wheels using a 2 stage automatic transmission.

I drove the car through the traffic-heavy streets of Milano and then out into the countryside. A mix of motorways and country roads, mixed with a smattering of twisty hilly sections, meant I got a fair variety to really understand the car's character. 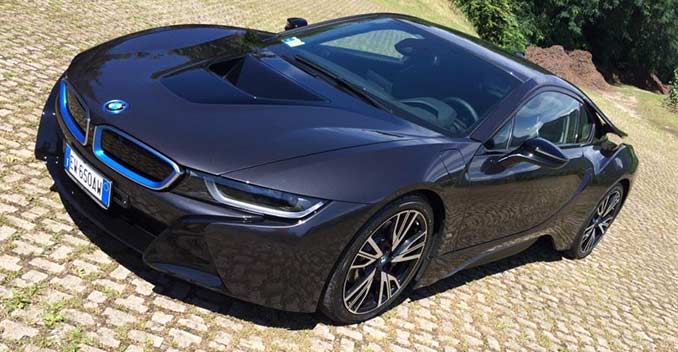 The i8 is very simply - a true sports car. I am almost relieved to be able to tell you that! I mean how disappointing would it have been if it had come up short, right? How silly to have had to make excuses for a hybrid sports-like-car! So it's good it lives up to its claims.

The neatest part of the package - performance (though eerily silent with only the whistly-whine of the electric motor) in full electric mode is actually pretty satisfying. The car accelerates effectively and the instant torque is a dream. You can use the e-drive and use the car in only electric mode. It will run up to 37 kms.

In Comfort mode it will use a combination of the two powertrains and you would barely feel it switch between the two. You can also go fully green and switch to Eco-Pro mode. Optimal use of battery power and minimal burning of fuel! 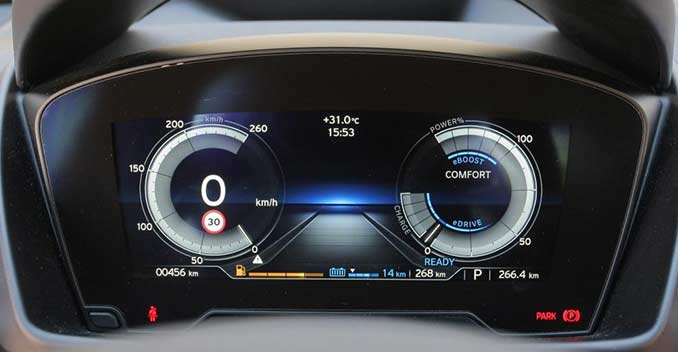 And then there's the mode you want to stay in all the time. Sports mode - which means you use just the petrol engine. I was quite taken aback with just how sensational the car sounds in spots mode. Sure it doesn't have the deep growl of a V8 but it's surprisingly potent sounding. Something I had really not expected. And with that engine in the rear it's even more reassuring! The advantage of the Sports Mode is also that it regeneratively sends charging power back into the battery pack.

Gear changes are quick and the paddle shift is very responsive. But I keep coming back to the handling - which is the real takeaway for me. Just so precise it's a delight. BMW says the i8 has the lowest centre of gravity of any of is cars. And you really get a sense of it hugging the road. Luckily ground clearance is not a huge issue, as Italy gives you its fair share of scarily high speed bumps and bad roads. 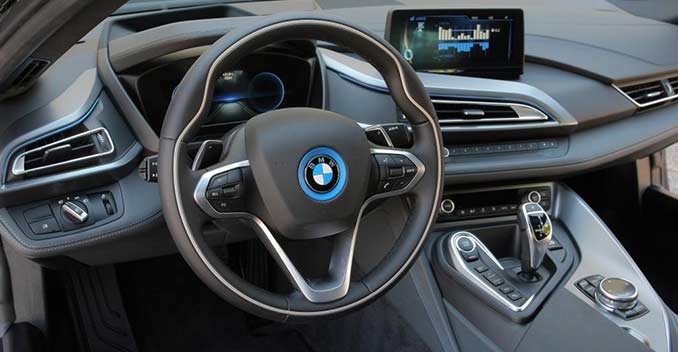 The i8 builds on the BMWi brand's philosophy. It too uses a carbon fibre reinforced plastic (CFRP) passenger cell, which is the part that houses the cabin. The chassis is aluminium-heavy - no pun intended. And so despite having a petrol engine and electric motor on board, the car weighs in under 1500kgs.

The advantages are many, says the company. But the most important of course is how it becomes very efficient. The best figures you can get on the i8 are a staggeringly impressive 47 kms to a litre of petrol used. Of course in this case you use the electric motor for the most part. But even the car's "worst" figures - when pushed in sports mode alone - come in at 11 kms per litre. Which for a sports car is downright incredible. 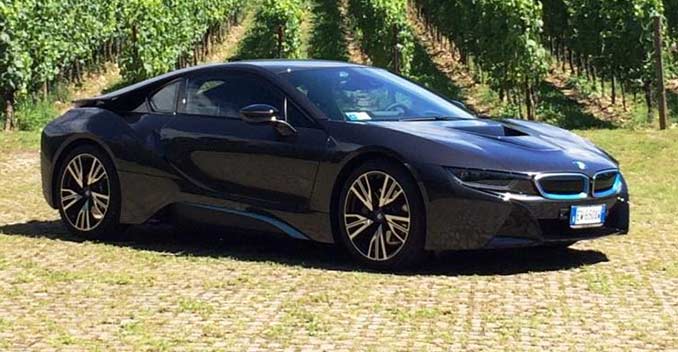 So will the i8 reinvent the sports car? Probably not in total. But for its innovativeness what the world will get is some of those elements becoming more and more standard across not just sportscars but maybe many others too.