Toyota Fortuner has ruled the Indian roads for more than a decade, managing to outperform each and every car/carmaker. But, with the Jeep Meridian in the picture now, can the Goliath retain its position as the apex predator in the full-sized 7-seater SUV space, or will David come out triumphant in this clash of the titans?
By Pratik Rakshit 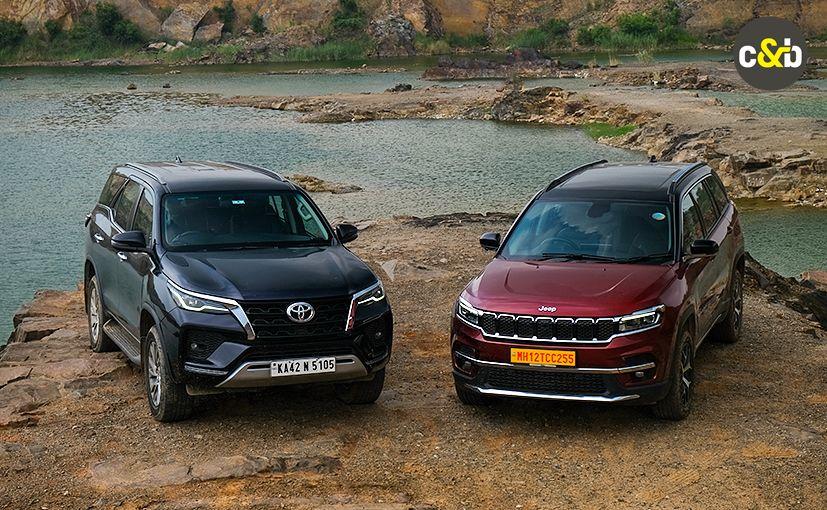 Over the years, a few carmakers tried to squeeze into the 7-seater full-size luxury SUV space like the Mahindra Alturas G4, MG Gloster, and even the Volkswagen Tiguan AllSpace for that matter, but none managed to dent the supremacy of the Toyota Fortuner. The Ford Endeavour gave the Fortuner a tough fight for the longest time, before the company bowed out of the scene entirely, leaving the full-sized SUV segment to this Goliath. In comes the Jeep Meridian, a David in the truest form, with strong Jeep DNA, off-roading credentials and not to mention a distinct design that makes the American carmaker’s version of a 7-seater SUV stand out in a very sensitive segment. But can this David take on the Goliath that is the Toyota Fortuner?

In-person, both these SUVs look huge, and buff in proportions, and their size is indeed intimidating. However, comparing the dimensions, the Toyota Fortuner emerges as the clear victor. It has a marginal advantage in length-- 26 mm, and is significantly taller-- 137 mm, than the Meridian. But the Meridian has a longer wheelbase by 37 mm that helps the passengers inside with a little extra space to get comfortable. The Fortuner has a superior ground clearance though-- of 17 mm to be precise. Boot space is another aspect where the Fortuner has an upper hand. The only area where the Fortuner loses out is in terms of weight which is a good 364 kg heavier than the Meridian. 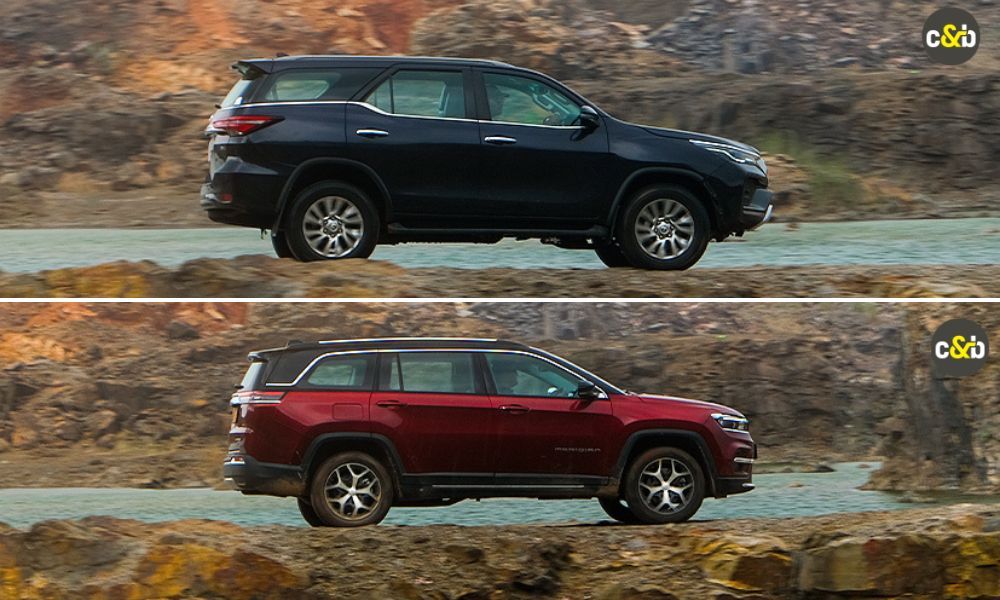 As expansive as the Fortuner’s equipment list is, the car looks gorgeous. While its size is imposing, the front face looks quite sophisticated and futuristic. The side profile has a very prominent recessed area which helps with its character. The rear continues the flare at the back and looks well integrated with the front, almost like an extension. 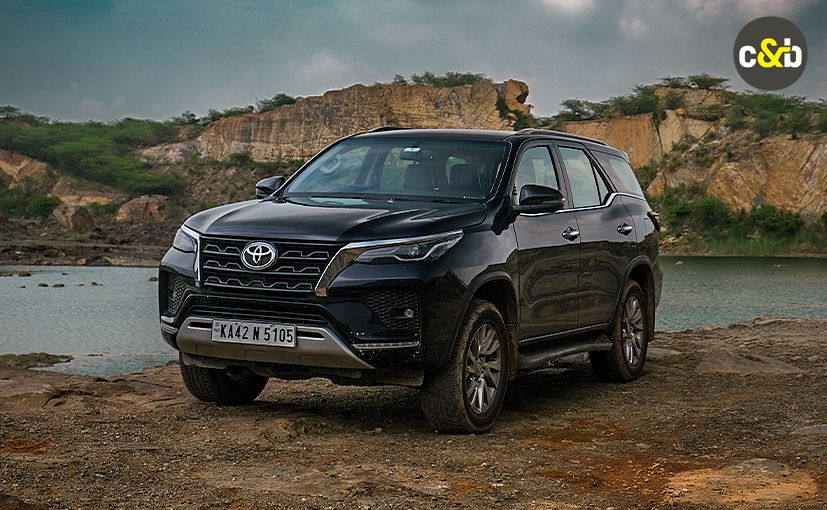 The Meridian however has a clear-cut design approach. It looks imposing and aggressive. View it from any angle, and the Meridian oozes the same intimidating overview. Only the rear section is a little subtle compared to the rest of the vehicle. The flared wheel arches and the high-profile fat tyres make it look imposingly muscular which makes the SUV’s presence felt on the roads. Looks are subjective and the debates on social media will have polarising opinions, but Meridian looks sophisticated, and classy when compared to the Japanese! 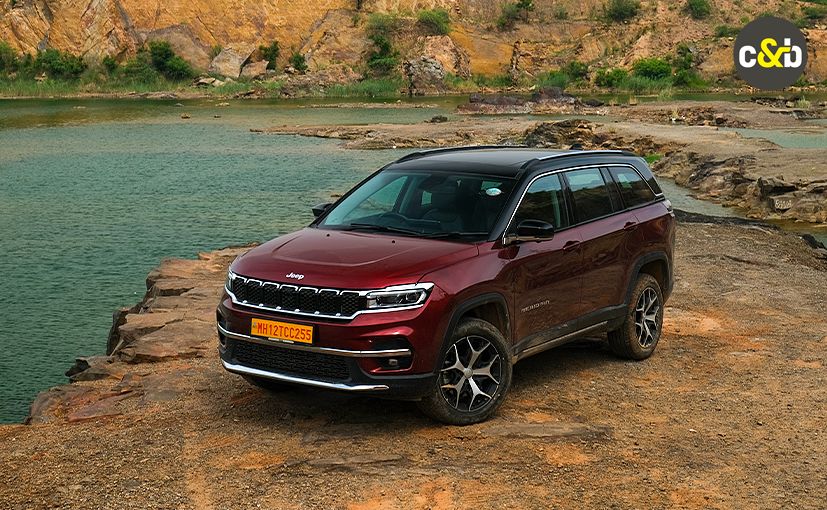 The interior is surprisingly plush for a butch SUV like this. There are loads of creature comforts present inside which make it a quite welcoming experience. A special mention to that beautiful panoramic sunroof as well. Both the front seats are now ventilated and electrically adjustable and the good thing is that it's standard across the range. The 8.0-inch Smart Playcast Touchscreen Audio is quite responsive, but the interface could've been better, and a larger screen would’ve been ideal considering this massive cabin. 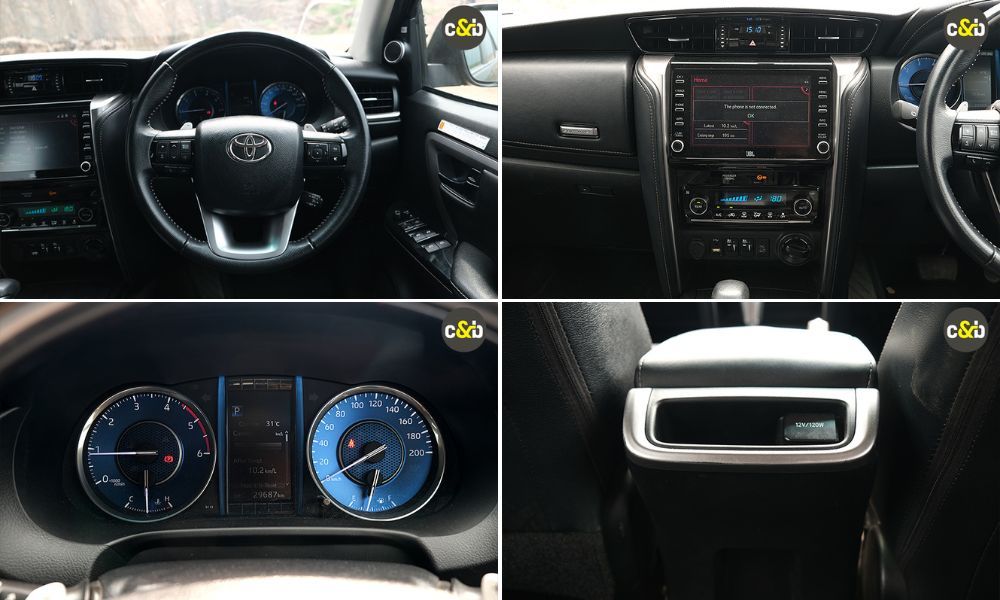 There’s Android Auto and Apple CarPlay but no wireless connectivity. Wireless charging is missing here. But it packs in connected car technology for the first time which means you get geofencing, real-time tracking, last parked location, etc.

The Meridian however has a swanky-looking cabin. The quilted leather-finish seats, and the colour palette in rich dark tones, do convey that to a certain extent. The plastics could have been better though. The panoramic sunroof, a 10.1-inch touchscreen, a 10.2-inch digital instrument cluster, ventilated power seats in front, power tailgate, and a few other comfort and tech features complement each other well. The best part is that all the above-mentioned features are standard. We have the Limited (O) version with us, and it is properly loaded. 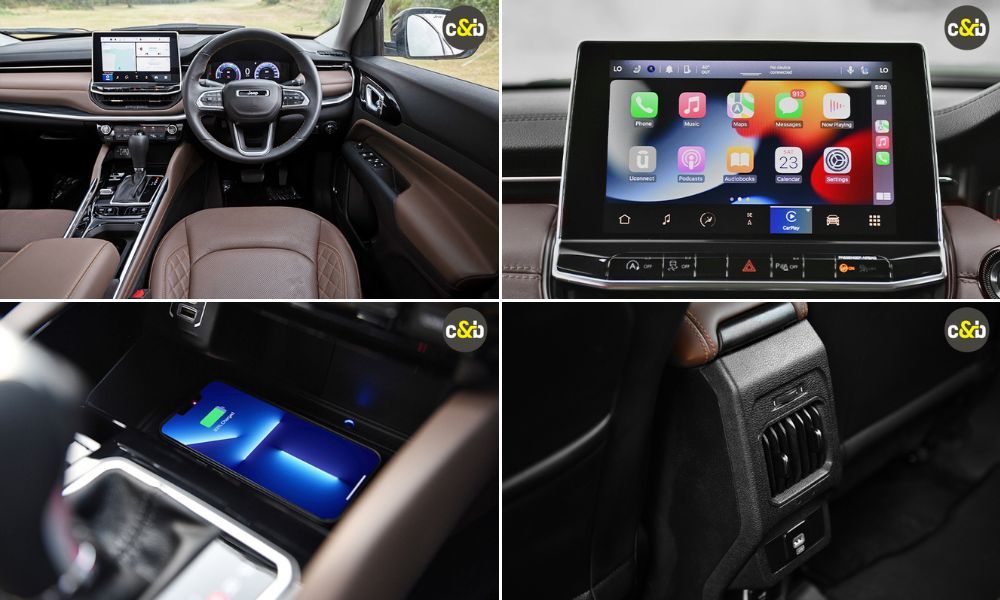 It is also a connected car and features Jeep’s Uconnect suite with features like geofencing, remote door lock/unlock, etc. Wireless Apple CarPlay and Android Auto, besides a wireless phone charger, are a much-needed prerequisite nowadays.

But most travel will occur from the second row. In the Fortuner, there is no option of captain seats, but the bench seat is quite big and gives you more than adequate comfort. The thigh support is decent and there's a good sense of space overall. All three headrests are adjustable, and you have a centre armrest and roof-mounted AC vents as well. The absence of a sunroof is a downer especially for a car at this price point, and a 12V charging socket also doesn’t help its cause. 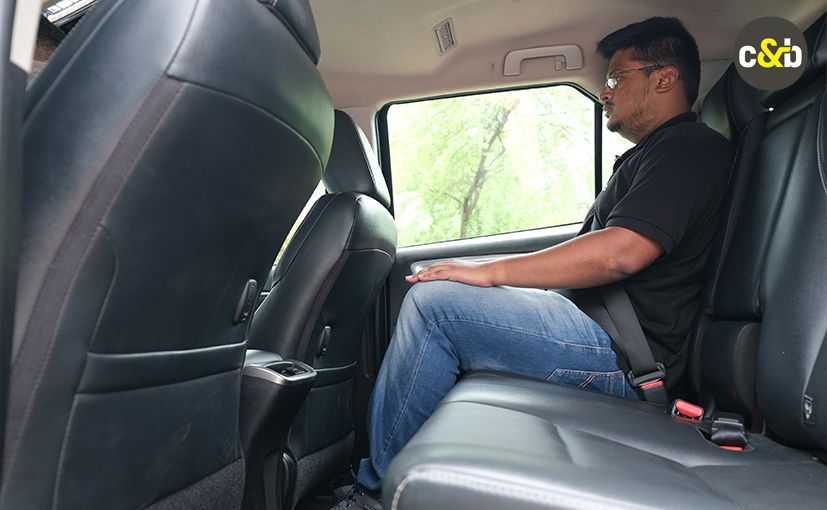 Access to the third row is easy as the second-row seats recline, tumble, and slide forward. However, sitting here for long distances could prove to be a bit uneasy, especially for adults. It's only a consolation that the seats on the 3rd row recline to give you better headroom. You get AC vents and a charging spot for third-row passengers. 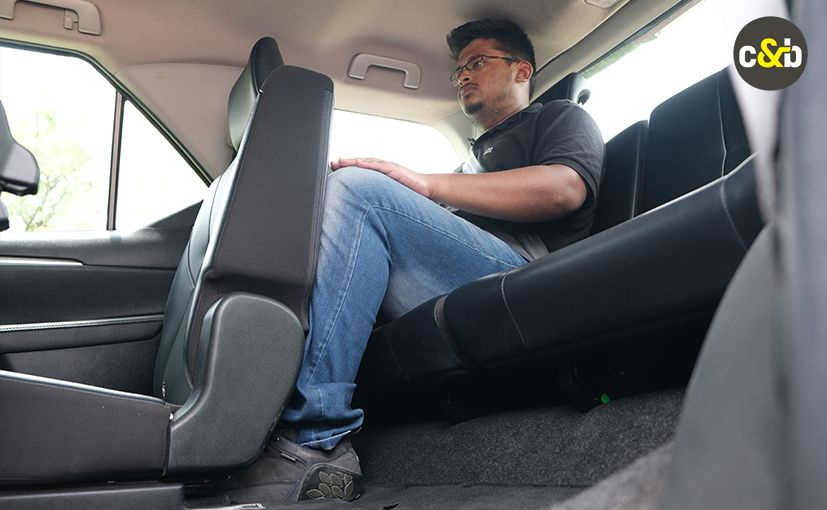 I have mixed feelings about the second row of the Meridian. The seats are positioned higher and so you automatically get more under-thigh support with a larger squab. The legroom, however, is not exactly at par with the Fortuner, and the extra wheelbase doesn’t really translate to the presumed roominess. Even the inability of the second row to slide is a shame. The large window and a panoramic sunroof are the only solace for longer journeys, further aided by reclinable seat backs. However, the seats aren’t as wide as we would’ve liked, and traveling with 3 adults is a bit of a squeeze. 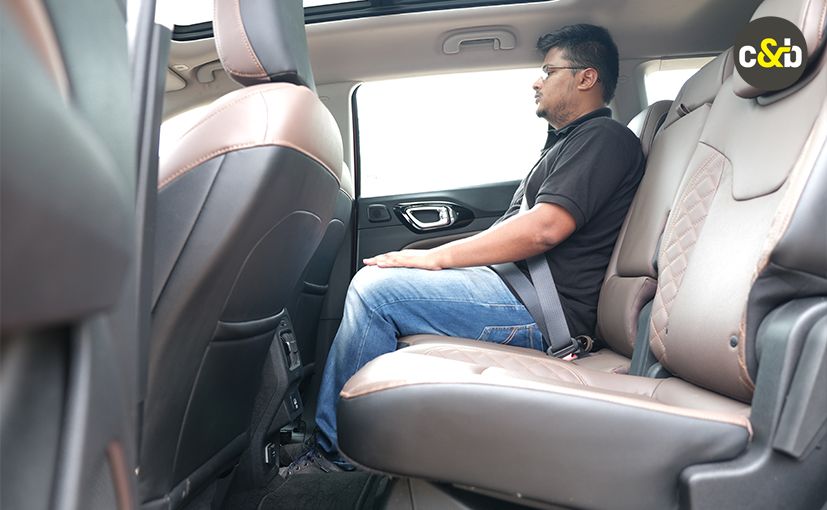 The third row is quite disappointing though. The one-touch tumbles on second-row seats make it easy to access the last row, but the swooping roofline restricts your passage. A fair bit of wiggle is very much likely. Roof-mounted air-con vents keep you cool. But space is its biggest Achilles heel. 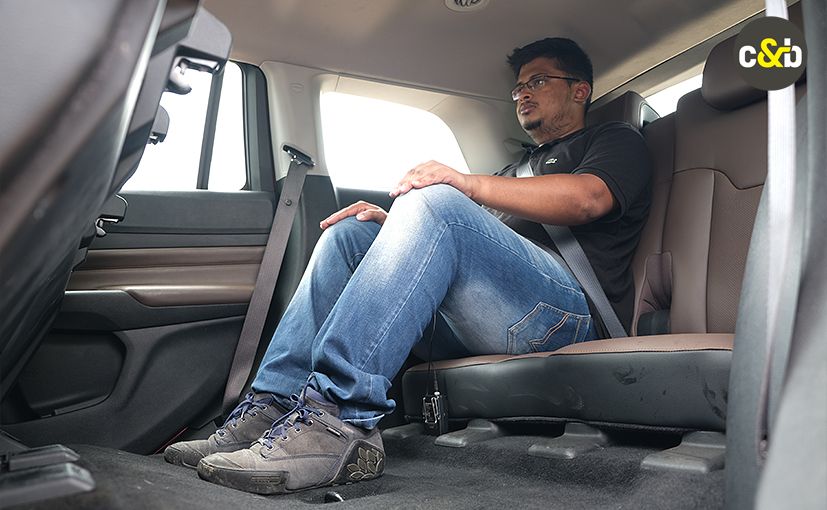 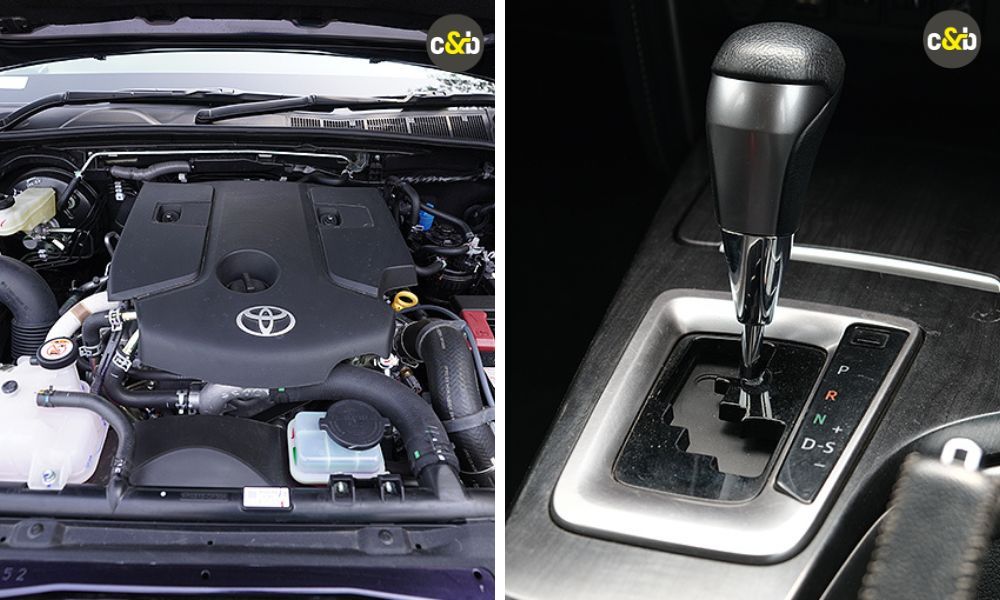 The Jeep Meridian gets the Compass 2.0-litre turbo diesel engine with the option of a 6-speed manual or 9-speed automatic gearbox. Surprisingly, its state of tune is identical to the Compass diesel. It produces 168 bhp @ 3,750 rpm and 350 Nm @ 1750-2500 rpm. The difference in power on both these cars is massive, and we believe Jeep missed out on an opportunity to offer a more powerful version as well. There's loads of grunt and even more torque which is not the problem. But, a car of this size needs more power, and even more so when it must compete with a powerhouse on the other side of the ring. However, being the lighter one here does help. 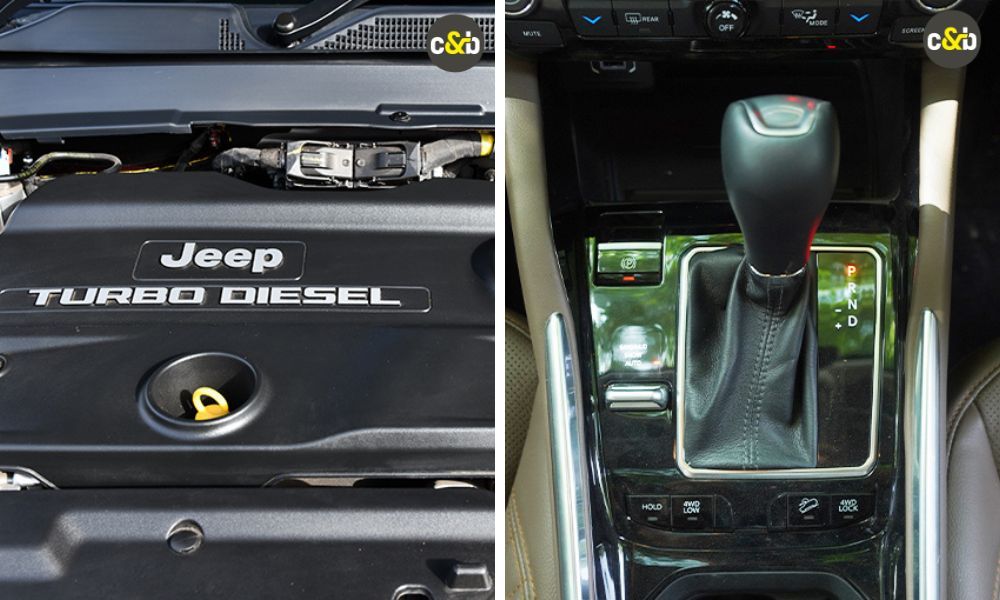 It was time to take both the cars out, and I first hopped into the Toyota Fortuner. Our test vehicle is the top-of-the-line diesel automatic version, but before heading to some tough terrains, we thought of driving the car around the city for a brief amount of time to get a hang of the car, because that’s going to be its primary duty. The power delivery is linear and engaging enough thanks to the three driving modes to choose from- Eco, Normal, and Sport modes, but it is the latter that gives you the full-blown experience as if summoned by the God Of Thunder, only figuratively though. Driving on the highway is a lot more enjoyable. The suspension setup works well for our conditions, and although body roll is still there, more so while cornering at high speeds, it takes time to get used to. Also, the new variable flow control steering, which is just offered with the diesel engine is a lot lighter and not as engaging as earlier. 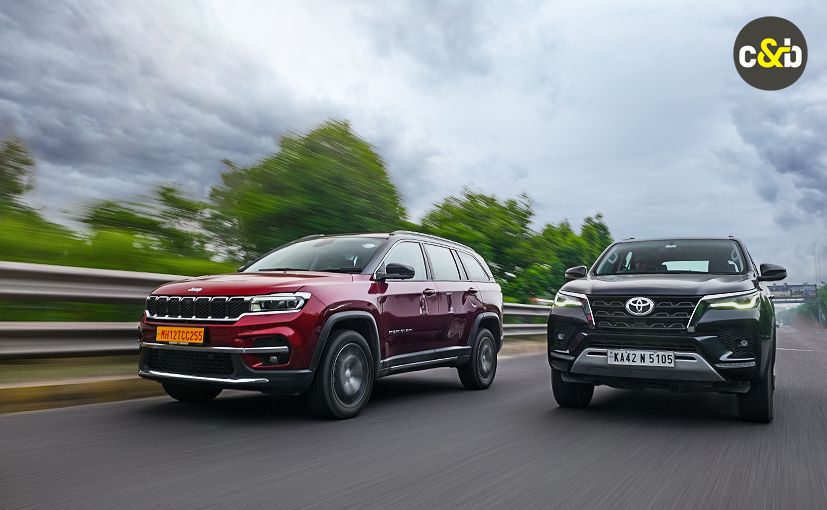 With the Meridian, power delivery is restrained, but feels more responsive off the line. In fact, it is purposely tuned for a smoother drive while the lowered NVH levels allow a comfortable journey. But that doesn’t mean it doesn’t grunt, nor feels underpowered. The torquey unit has a nice tug available across the rev band with enough oomph to hurl you ahead with urgency, but the 9-speed gearbox cancels out any kind of spirited driving with its slow reaction to gear changes. In fact, it is more than ideal for highway cruising which it can do all day long, effortlessly. Stability on different surfaces is impressive and it doesn’t flinch while taking on broken roads. 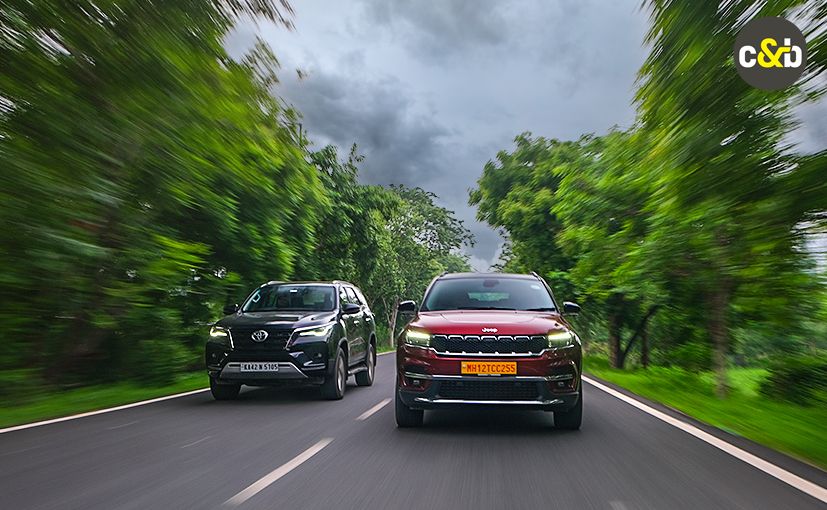 Speaking of broken roads, we have arrived at our location. We particularly chose this spot to test out the off-road cred of both these SUVs and thankful to the Rain Gods, there was enough slush to throw around. It was time to get dirty. Again, figuratively for me, but literally for the SUVs. A quick background check will tell you that both models get hill-descent control and four-wheel drive. The Fortuner and the Meridian, both went over slushy and boulder-laden off-road quite effortlessly. But there was a difference in the way they went about. The Fortuner felt the most sure-footed and rugged, crawling up rocks with surprising ease. The approach angle of 29 degrees and departure angle of 25 degrees helped a lot while making difficult maneuvers. 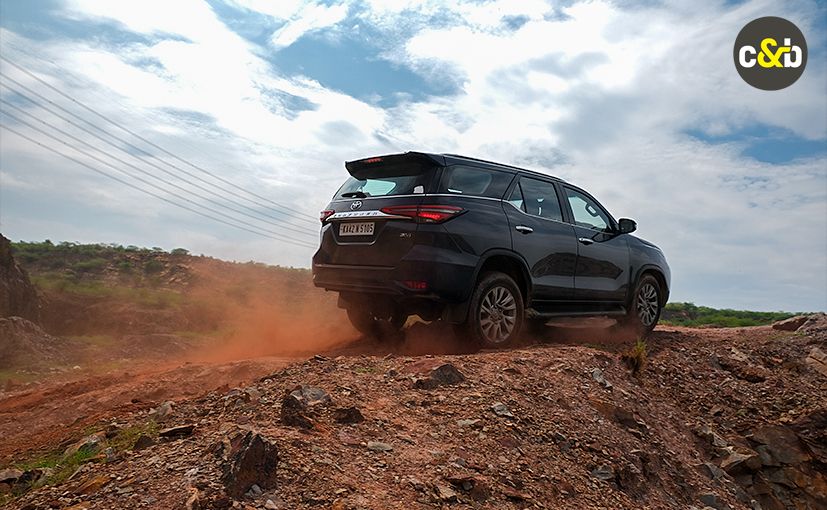 The Meridian too managed to keep up. It crossed everything the Fortuner crossed. And that too in Auto mode the whole time. Never did I require to try out the multiple drive modes- Sand/Mud, Snow. And that’s because most owners would stick to the default setting which maximises traction automatically depending on the surfaces, you’re on. But the Fortuner is a different beast. We spent a considerable amount of time here, but I spent most of mine in the Fortuner. That’s how much trust the car has earned over the years and is well deserved even. Meridian proved to be capable, too, though the low-end responses did require very precise flexing of the right foot. 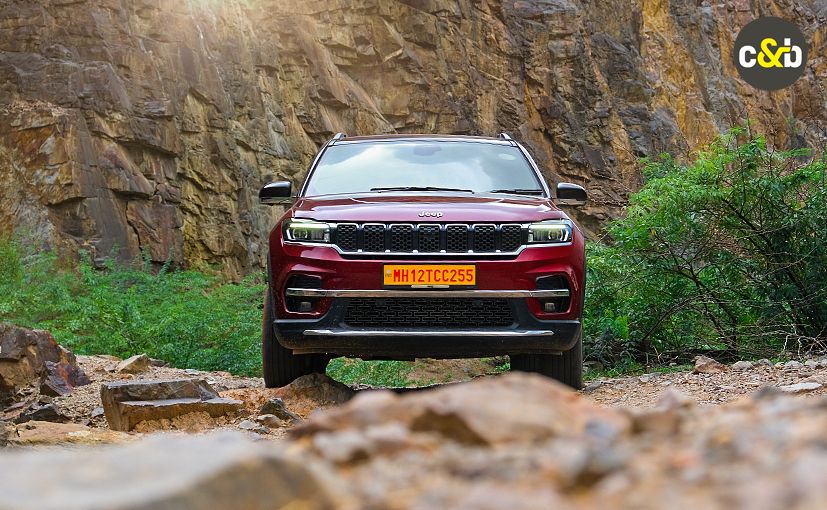 There’s no doubt that the Toyota Fortuner is an expensive proposition. Of course, it has more trims, a petrol version, and an even more powerful Legender version to choose from but once it goes on the road, the price seems to be on the higher end of the spectrum compared to what it offers. No doubt, the emotion behind owning a Fortuner is far superior to its price tag but with the Meridian in the picture now, you get an equally capable alternative at a much lower price.

The Toyota Fortuner is the most popular SUV in India and is the default choice for many. The car has its strengths, it is hungry to perform, and a true off-road machine that isn’t scared to get its wheels dirty. Its high price tag doesn’t really scream out sophistication, but the Fortuner scores big for being a reliable product that is easy to own and promises good resale value. The Meridian on the other hand blends on-road and off-road dynamics seamlessly, and still has enough left in it to attend a Gala event in the evening. 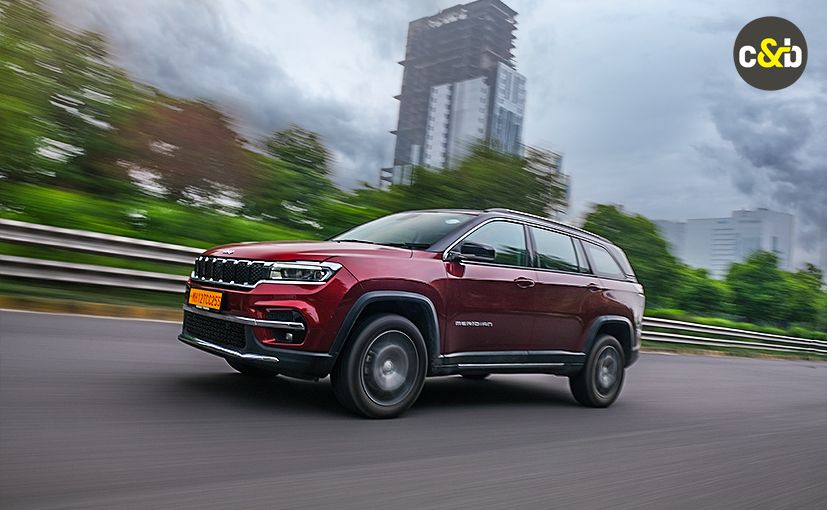 It also makes for a brilliant companion on long distances, irrespective of how good or bad the road surface is. Although the lack of a petrol option precludes a section of buyers who have moved away from diesel, Jeep’s ownership packages will sweeten the deal. Big on substance, the Meridian seems poised to upset the established order by claiming the bragging rights to this comparison. 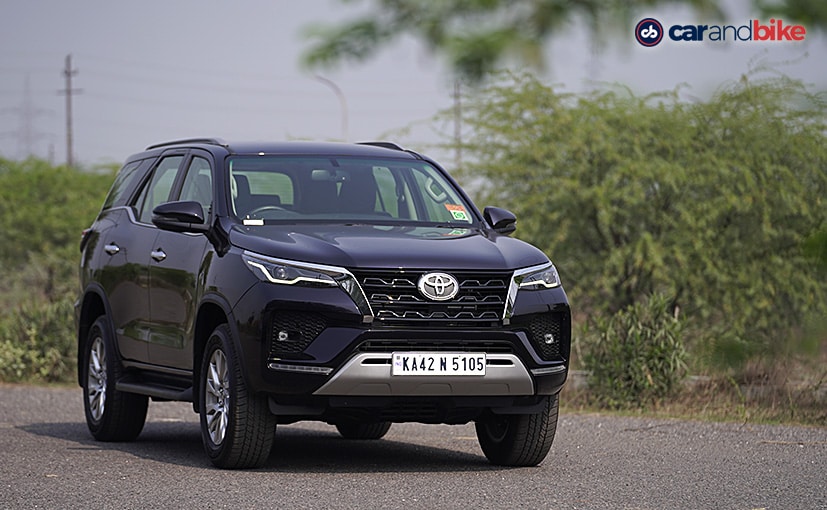 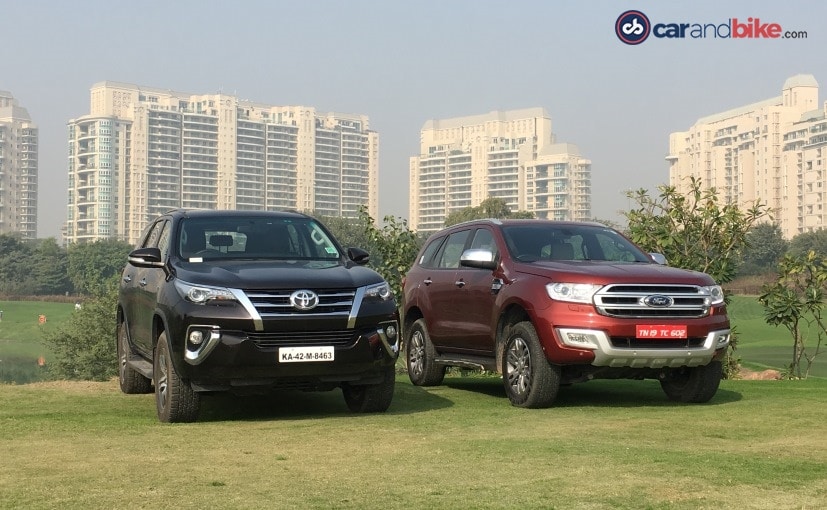 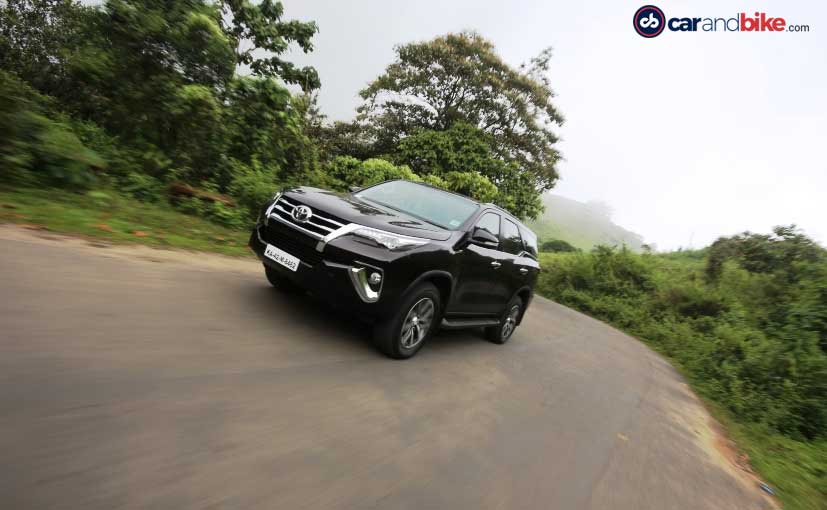