Maruti Suzuki clearly got the memo that the modern consumer wants more technology and consumer electronics grade gadgetry inside the car.
By Sahil Gupta The Baleno has been a star for Maruti Suzuki in India and in many ways has been a trailblazer for the premium hatchback segment. But over the years, it has started showing its age. Remember we are in 2022.....and with this new Baleno, Maruti Suzuki proclaims, the tech has gone bold! Maruti Suzuki has already managed 25,000 pre-bookings for this new car. That's how awaited this tech-laden update has been. Has it lived up to expectations?

The answer is nuanced, but largely yes. Maruti Suzuki has focused on fundamentals; on features that will impact the lowest common denominator. Not on swanky features that most Baleno users will not be even able to take advantage of. 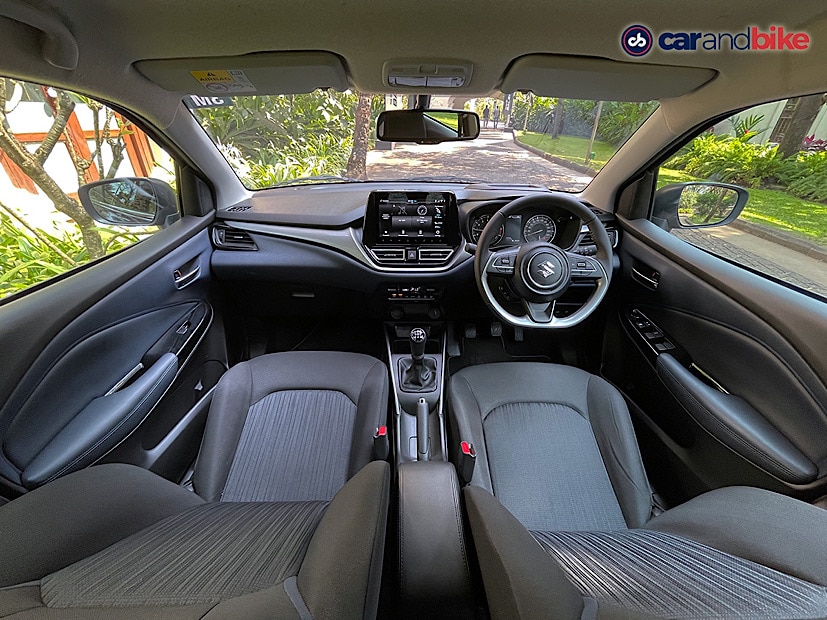 The cabin comes with an assortment of new technologies
Photo Credit: Pawan Dagia

All of this starts with features that aren't on any other hatchback in the segment. For the Baleno, considering the powertrain, gearbox, and price points - that rival has to be the Tata Altroz more so than the Hyundai i20. And despite that, this car provides features that aren't even in the i20 - the customisable 5.5-inch head-up display (HUD) and the 360-degree parking camera system which combines sensors and cameras to give a surround-view of the car enabling easier parking. 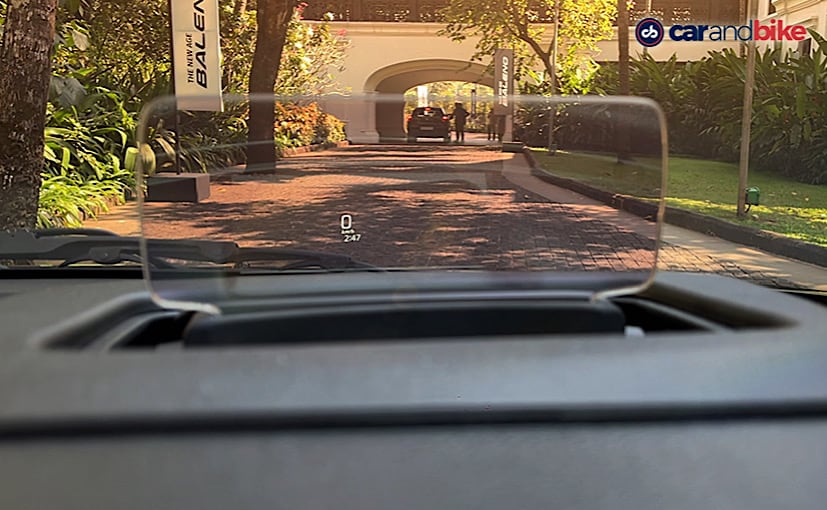 This is the first car to feature a HUD in the segment
Photo Credit: Ameya Naik

The HUD is interesting as it is not integrated into the windscreen, but rather you get this dedicated panel. It provides loads of customisation options and also provides great resolution. The best thing is that you're not needing to bend down to look into the instrument cluster. But at the same time, it will be jarring at the beginning because of this 3D effect that is right in your line of sight. Thankfully though you can also decide to not use it or you can set up its angle according to your height and seating position for optimal visibility.

The 360-degree view camera system is just superb. It provides excellent visibility in low light and you get all angles further bolstered with grid lines. It will truly make parking seamless and even help during bumper-to-bumper traffic situations. Maruti Suzuki was so confident about this feature that it even had a dedicated activity for journalists at its launch where it shut off the lights and showcased how one could park the car even in terrible lighting leveraging the cameras, sensors, and object detection technology it embedded in the vehicle. 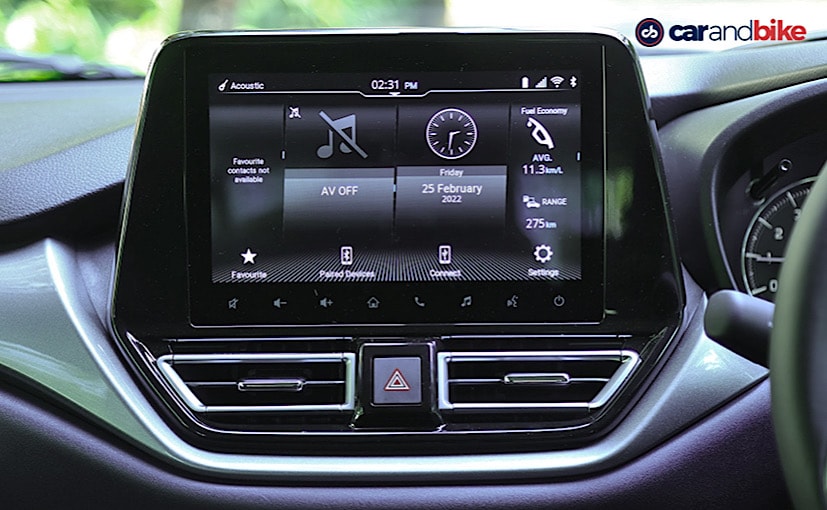 All of this of course is viewed on the new 9-inch infotainment screen which also has an HD resolution. This is a bigger screen than the 7-inch one on the older Baleno. It is easily the best screen Maruti Suzuki has implemented on its cars. And this is truly a pretty responsive panel that has good colour reproduction and viewing angles. The only issue here is that in very sunny conditions, its brightness levels aren't optimal. And there is no recourse to bump up the brightness and legibility becomes extremely problematic if you're wearing sunglasses.

There is also a new user interface that is the heart of this new infotainment system. Maruti Suzuki calls it SmartPlay Pro+ infotainment system. It is only available on the top-of-the-line Alpha model while the other variants get the smaller SmartPlay Studio system which has been on the older Nexa Experience cars. But this new Pro+ system which indeed is a mouthful comes with a bag full of its own tricks. It can welcome you with your name, which can be manually input.  It supports natural language support which comes in via the Suzuki Connect skill. It also gets a wake-up command apart from it recognising the user.

Maruti Suzuki touts a new widget-based user interface for the infotainment system. It is smartly designed, customisable, and also very intuitive to use. The software has been designed smartly so that the animations aren't overbearing and it makes this one of the most responsive systems I've used in a car sub-Rs 10 lakh. It also gets games, which are fun to play as long as they are being used to pass the time and not while driving. Maruti Suzuki also provides Apple CarPlay and Android Auto, but out of the gate, you just have a wired experience. At a later date, the Baleno will also get wireless Android Auto and Apple CarPlay capability which will be pushed out via a software update. 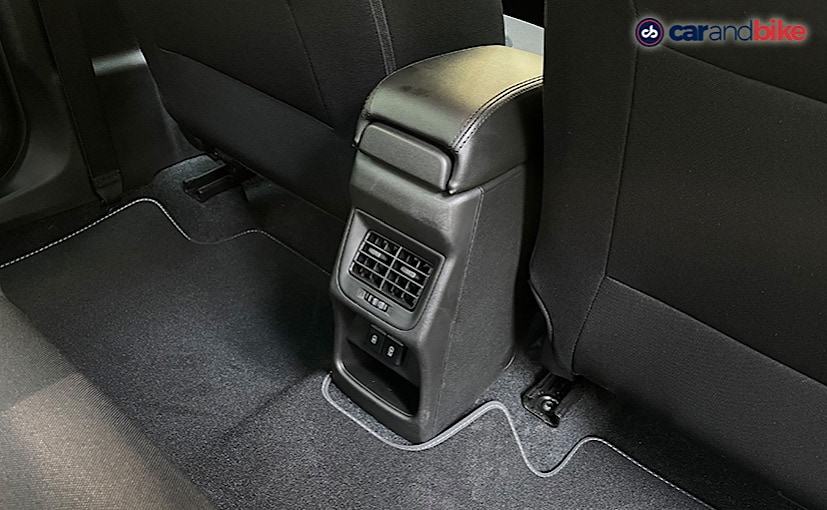 There are overall three USB ports, out of which two support fast charging on the back
Photo Credit: Pawan Dagia

There is no wireless charging which is something touted by the Hyundai i20, but it does come with two USB ports that enable fast charging Personally, I prefer fast charging over wireless charging as this will be something that almost every phone has while wireless charging is slow, can heat up the phone and not compatible with most devices. One is USB A, the other one is a USB type C, so you get options for both new and old devices. There is also one USB Type-A port on the front which is meant for the Apple CarPlay and Android Auto connection, but this will be freed up when the car gets its software update for the wireless experience.

It also gets Suzuki Connect, its connected car platform that comes built-in the Baleno. It comes in an all-new avatar with 40+ features that offer facilities like geo-fencing, SOS, telematics and analytics, remote unlocking, and climate control operation. It even integrates MapMyIndia's maps. This works with an embedded SIM that is already preloaded in the car, though after a limited period ( 3 years for free) the user will have to pay for the SIM card. The carrier of the SIM card can't be chosen by the customer.

There is also a new "Surround Sense" sound system that's tuned by ARKAMYS. It gets 6 speakers overall. 4 full-range speakers and 2 tweeters, and while this is not as many as say the system on the Hyundai i20, it sure sounds sweet. Maruti Suzuki for once has truly pleasantly surprised me. Thanks to the ARKAMYS tuning it gets this faux 3D effect which is impressive. It also sounds very decent though on the bass-heavy side of things, but anyone can dial in their sound and it will sound good with everything under the sun be it rock, indie, pop, electronic music, and of course Bollywood. 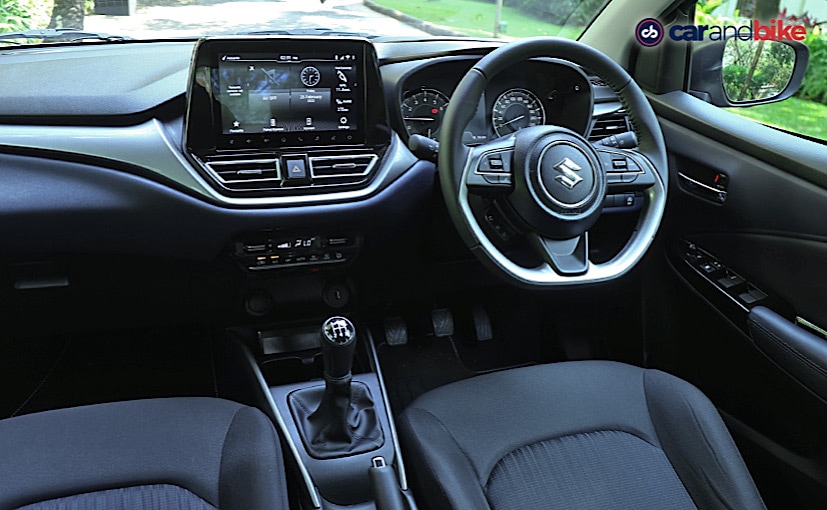 Overall, it should be noted most of these tech features are only available on the top-of-the-line "alpha" trim that gets the HUD, the ARMAMYS sound system, the SmartPlay Pro+ UI, the 9-inch infotainment system, and the 360-degree surround camera.

Safety is also a big element in this vehicle as it now gets 6 airbags on the top-end model, ESP, hill hold assist, and ABS, alongside the AGS gearbox with a hydraulic clutch. Maruti Suzuki clearly got the memo that the modern consumer wants more technology and consumer electronics grade gadgetry inside the car and while it hasn't offered the moon, it has provided a holistic and pragmatic update. 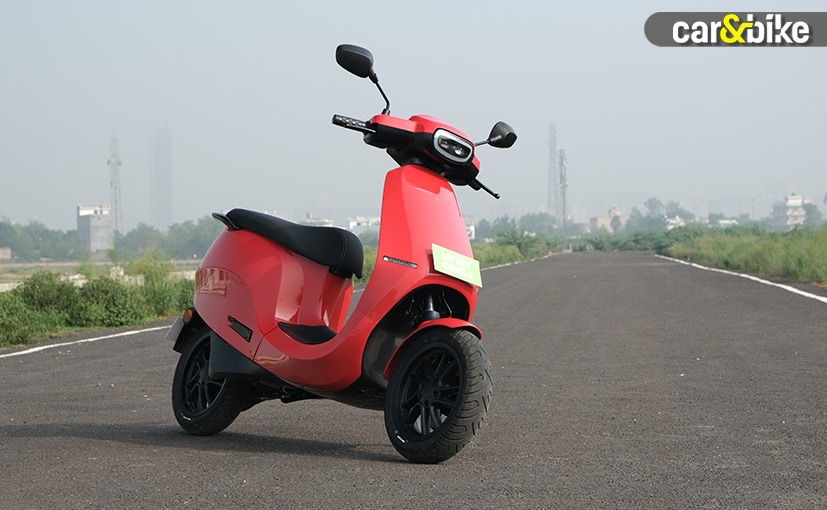 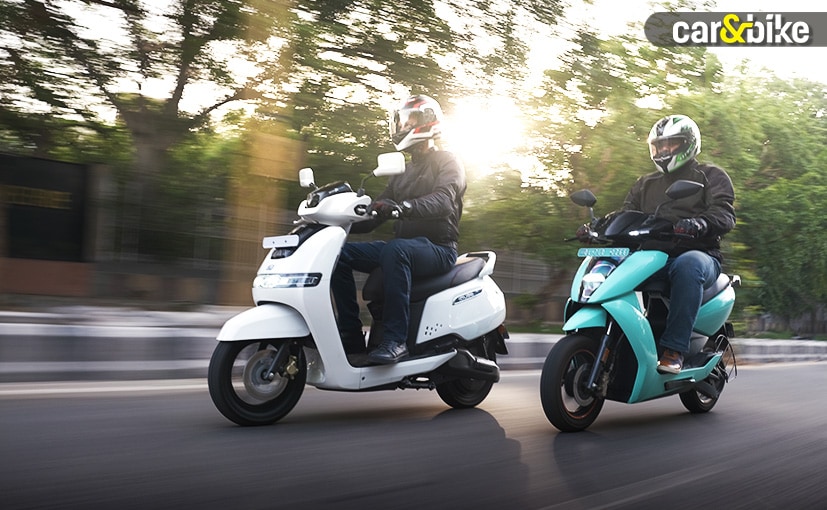 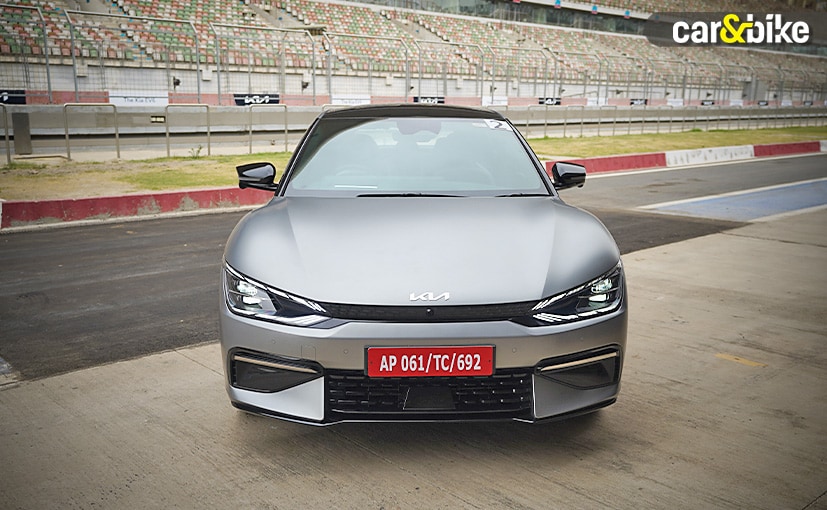 Kia EV6 Tech Review: A Glimpse Of The Electric Future 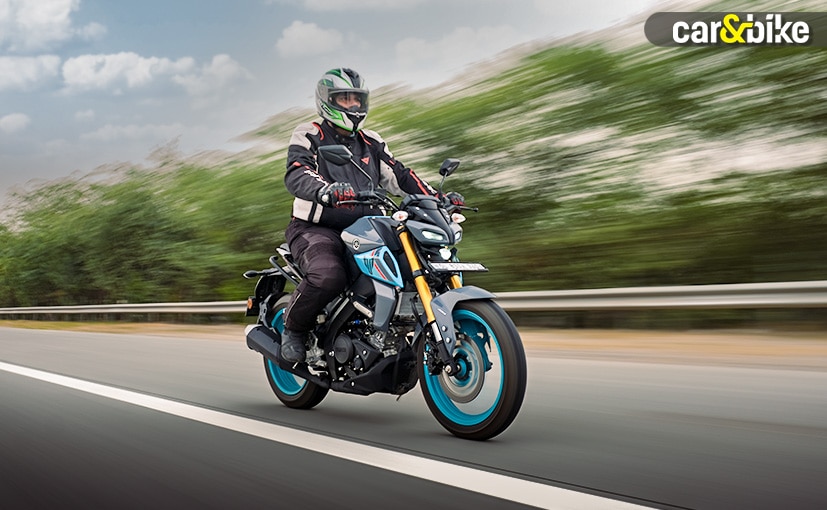