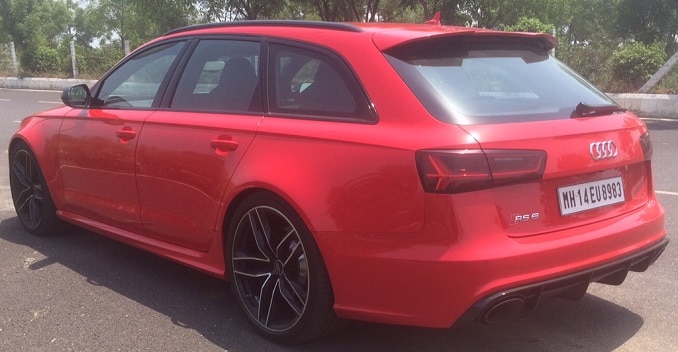 The RS6 has been the surprise launch from Audi in India. Why is it a surprise? Well, because it rebels against the notion that station wagons will not work in India - although it has to be said the RS6 is no ordinary station wagon!. Estates, wagons or as Audi calls them - Avants - have indeed not been successful in India. Strange really because they are extremely practical vehicles - more so than even SUVs and Crossovers. But before I lament the choices of the Indian consumer too much, let's get on with the RS6 review shall we? And yes I must point out that since the current generation of the A6 (on which the RS6 is based) the RS6 is available only in the Avant form worldwide, unlike the last one which had both sedan and avant body styles.

The car looks very sharp. It borrows its face from the recently launched sharp RS7 and in fact shares even that car's engine and LED matrix headlights. (Read RS7 review here). The head and taillights carry the same LED pattern too. And despite being an avant the car looks agile, focused and very attractive. The red colour on the car I was testing helped matters along as it accentuated the skirting and sporty bumpers more. 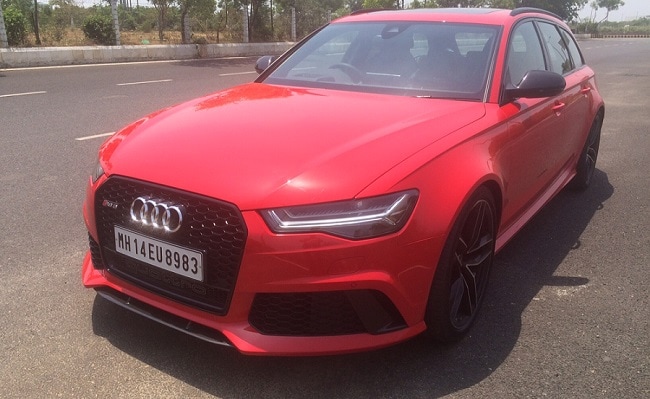 The car is also every bit as practical as the wagon segment. But more so - from the point of view of it being a sporty car too. The beauty of a lot of the RS range that we have seen off late (or indeed some of the AMGs and Ms) is that they can pretend to be normal everyday cars for the most part and slip into sporty just as quickly when need be. What makes the recent RS range like the RS6 and RS7 even more adept at that is that they have cylinder-on demand - with Audi's valvelift. This means only 4 cylinders operate most of the time, with the intake and exhaust valves of two cylinders per side closing off when not needed. This coupled with the start-stop system helps save fuel. Practical and powerful. Nice combo right?

Under the hood is the 4.0 TFSI V8 which has 560 bhp and 700 Nm of torque. It can do 0-100 kmph in 3.9 seconds, which is nice and quick isn't it? That makes it just a shade above some Porsche cars! The car's gearbox is actually most precise when its handling the changes and a touch slower when you take over on the paddles. But on the whole the torque-convertor gearbox does very well. Buyers can opt for the sport suspension or stay with the standard adaptive air suspension. The car I tested had the sport setup. The RS6 has terrific body control and even on rough or undulating surfaces the car stays on target. Audi won't sell too many in India, but I do secretly (or not!) hope that the RS6 plays the flag bearer role for station wagons in India. The RS6 Avant has launched in India with a sticker price of RS 1. 35 crore ex-showroom Delhi.