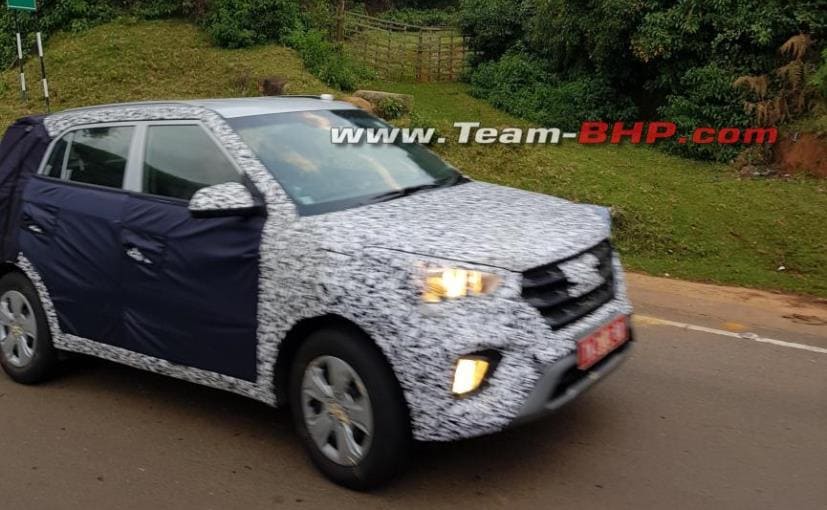 The Hyundai Creta is finally set to receive the much anticipated mid-cycle facelift in India this year. Ahead of the SUV's official launch, the complete variant-wise features list of the Creta facelift has leaked online revealing several new offerings. While we do not have an official launch date yet, rumour has it that the SUV will go on sale in India, in the next couple of months. Upon launch, the 2018 Hyundai Creta is expected to come with more firepower to compete with the likes of the Mahindra XUV500 facelift, Renault Captur, and even the Jeep Compass.

Judging by the leaked features list, the Hyundai Creta facelift will be borrowing a host of features from the new Verna sedan, which was launched last year. On the exterior front, the updated Creta gets the new signature cascading grille, dual tone bumper with plastic cladding, skid plates and split taillamps. Other optional features include new projector headlamps with LED position lights, LED daytime running lamps, 17-inch alloy wheels and shark fin antenna. Several of which we have seen on the test mules that were spied recently. 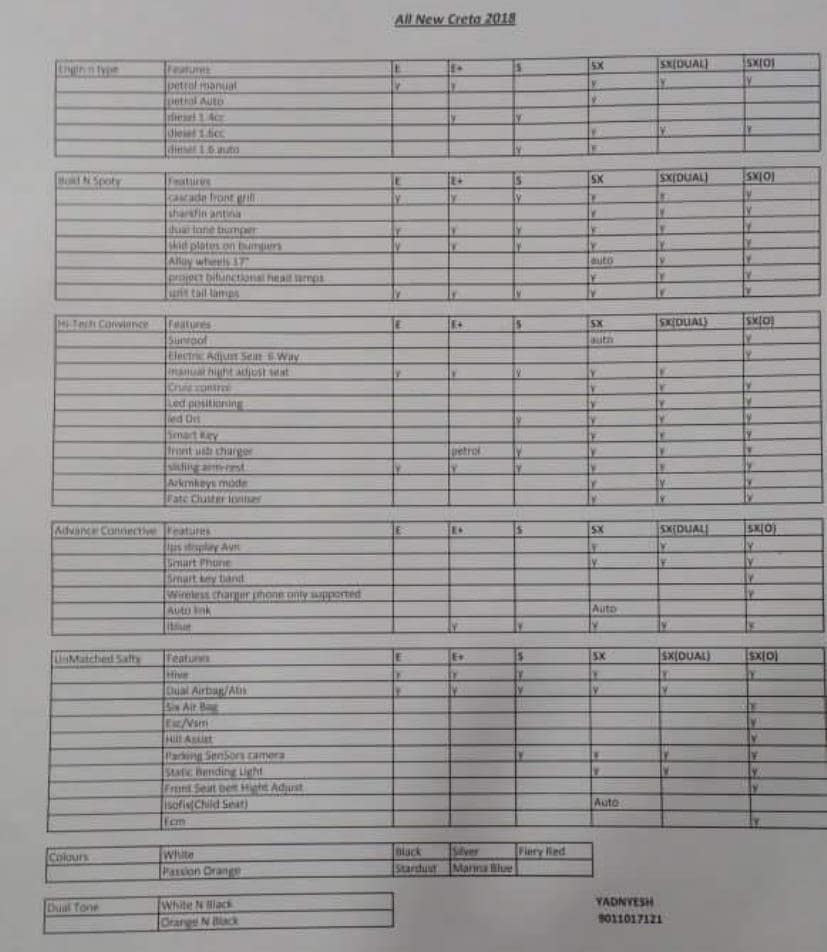 Hyundai Creta facelift comes with a host of new features, some borrowed from the Verna

The cabin, on the other hand, gets height adjustable driver seat (manual), side armrest as standard. Optional features include a sunroof, electrically adjustable driver's seat, cruise control, smart key among others. The SUV now also features an updated centre console with optional wireless charging facility, standard USB charger, and a new touchscreen infotainment system with smartphone connectivity and auto link. While it's not mentioned here, we believe the top-end model will come with Apple CarPlay and Android Auto as well. On the safety front, the Hyundai Creta Facelift now comes with dual airbags and ABS as standard while the top-end model gets six airbags (including side and curtain). Other features include electronic stability control, hill assist, rear parking sensors with camera, static bending lights, ISOFIX child seat mounts and more.

Hyundai will also be introducing two new colour options - Passion Orange and Marina Blue with the Creta facelift. The former will also be offered as a dual tone option with a black roof, while Polar White with a Phantom Black roof option will be carried over from the existing model. Earth Brown and Mystic Blue shade appear to have been omitted from the palette.

The Hyundai Creta Facelift will be offered in six variants - E, E+, S, SX, SX dual tone, and the top-end SX (O). The engine options will remain unchanged and the SUV will continue to be offered with a 1.4-litre diesel, a 1.6-litre petrol and the top-end 1.6-litre diesel engine. While the former will get the option of only a 5-speed manual gearbox, both the 1.6-litre engines will come with the option of either a 6-speed manual of a 6-speed torque converter automatic transmission.