Today, on the 74th Independence Day, we list out some of the most popular cars sold in India that were developed specifically for Indian market. 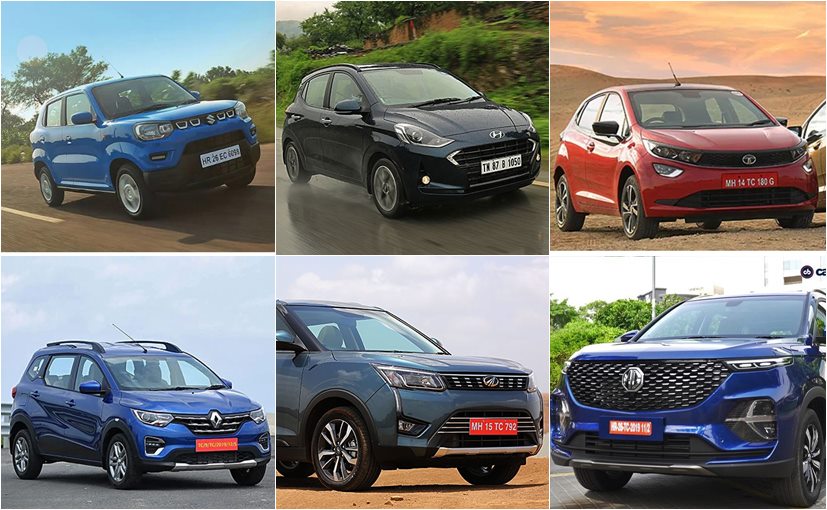 View Photos
Both home-grown, as well as global car manufacturers, have been working India-specific cars and SUVs

The Indian car market is growing, and we are seeing more and more global players enter our market to make locally produced cars. Having one of the largest automotive industries in the world, right now we are at a point where both home-grown, as well as global car manufacturers, are developing products specifically for the Indian consumers. Last year alone we have seen several such products go in sale in our country, and more are yet to come. So, today, on the 74th Independence Day, we list out some of the recent cars that were developed specifically for India, and its people.

Here Are Cars Specially Made For The Indian Market: 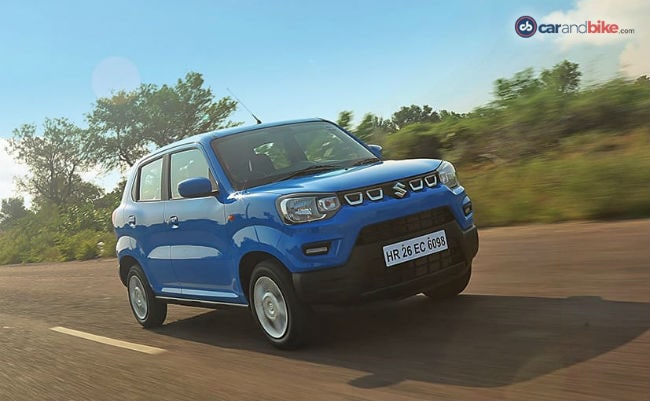 Of late, there is a growing trend for micro SUVs in India, and this was started by the Renault Kwid, and last year recently Maruti Suzuki entered this space with the S-Presso. Based in the S-Concept that was showcased at the 2018 Auto Expo, the Maruti Suzuki S-Presso is small, tall, rugged and quite quirky as well. The car is built in a modified version of the Heartect platform and it gets Maruti's SmartPlay Studio 2.0 infotainment system with Apple CarPlay and Android Auto.

The car is powered by a 1.0-litre petrol engine from the Alto K10 hatchback which is BS6 compliant and is offered with a 5-speed manual gearbox along with an AMT option. Much recently, Maruti Suzuki also launched a CNG option for the car. 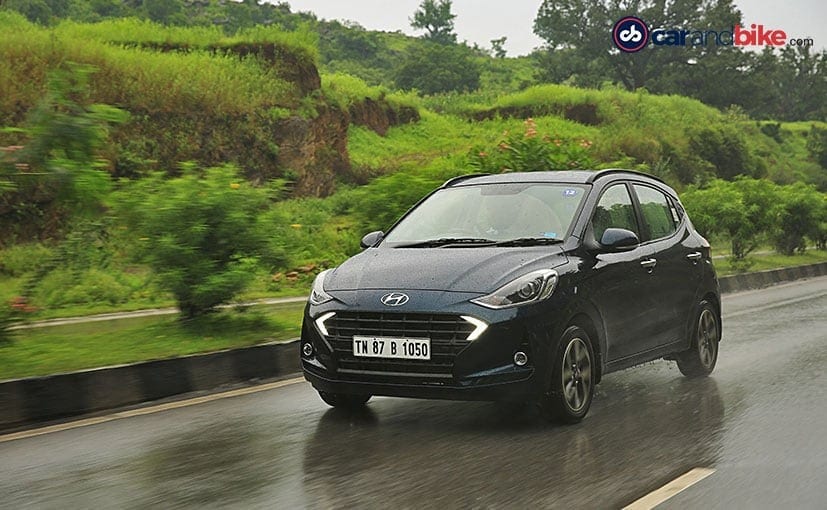 The Grand i10 brand name was specifically created for the Indian market. While the global-spec model is sold as i10, in India, the car has a separate identity, even though the i10 is no longer on sale. Last year Hyundai launched the third-gen model in India, and because the previous Grand i10 was still popular the company decided to sell both cars together and added the suffix 'Nios' to the new-gen model. One of the most well-equipped models in its segment, the Hyundai Grand i10 Nios comes with features like an 8-inch touchscreen infotainment system, a wireless phone charger with the dual-tone option, in addition to fully automatic climate control, among much more. The car comes with 4 powertrain choices - 1.2-litre petrol, a 1.2-litre petrol+CNG, a 1.2-litre diesel engine and a 1.0 GDI turbo-petrol motor. Transmission options include a 5-speed manual and a 5-speed AMT unit. 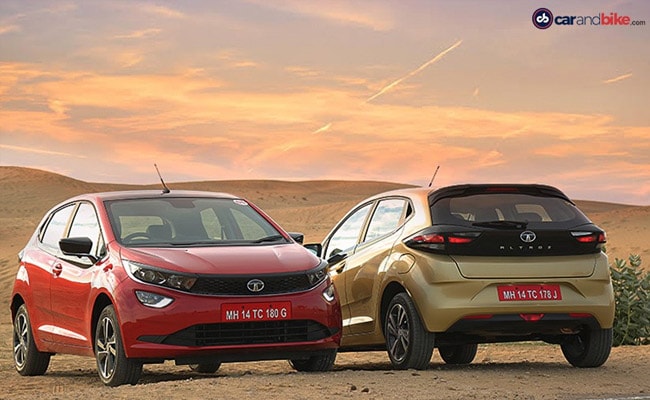 The Tata Altroz premium hatchback is the home-grown automaker's answer to the likes of the Maruti Suzuki Baleno and Hyundai i20. It's the first cat to be built on the company's all-new ALFA modular platform (AMP) and the only car in the premium hatchback space to be made by a home-grown automaker. It's also the only premium hatch from India to receive a 5-star crash rating from the Global NCAP. Along with smart features like 90-degree opening doors and 60:40 split seats for the second row, the Altroz also comes with Voice BoT, which is a personalised, interactive voice experience for the Tata Altroz, using the Google Assistant. The car is offered with both, a Revotron 1.2-litre, naturally aspirated engine, and a Revotorq, 1.5-litre diesel motor. Both are BS6 compliant, but neither gets an automatic transmission as of now. 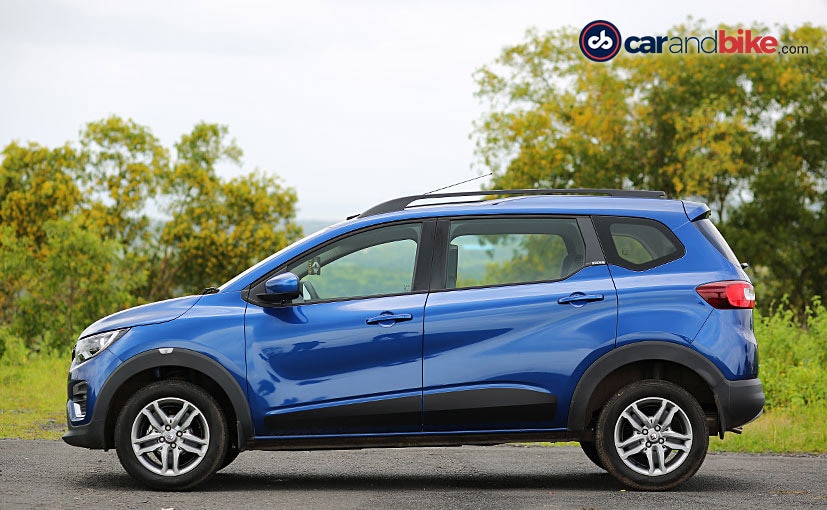 The Renault Triber is a subcompact MPV that came with an Industry first modular 3rd row, and its practicality and smart pricing made a ground-breaking product for Renault India. Design specifically for the Indian market, the Triber come with a very European-style design, along with a bunch of smart features like a spacious cabin, touchscreen infotainment system with Apple CarPlay and Android Auto, climate control rear AC vents and much more. The car's EasyFix modular seats allow you remove fold the 3rd-row seats in such a manner that Renault claims you can create up to 100 different layouts. Currently, it's powered by a 1.0-litre naturally-aspirated Energy petrol engine tuned for 72 bhp and 96 Nm of peak torque. The motor is paired with a 5-speed gearbox and an optional AMT unit. 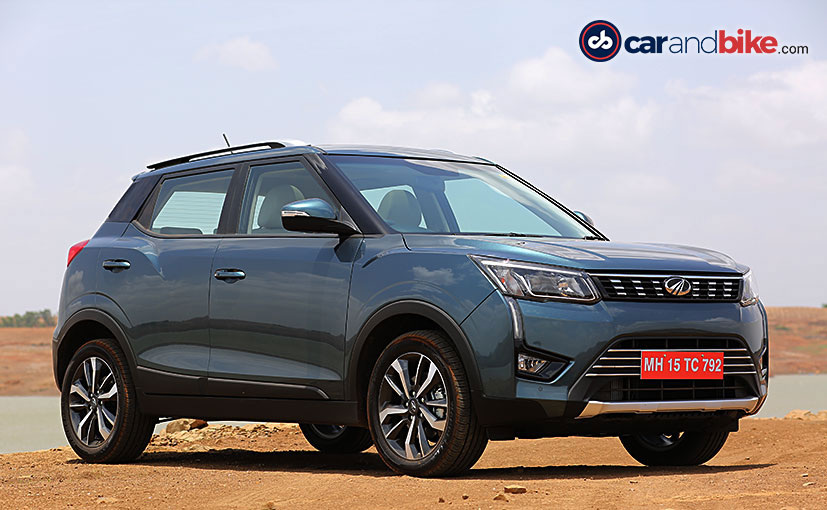 The Mahindra XUV300 has been one of the most popular models from the home-grown automaker and very capable subcompact SUV. The SUV was launched in India in February 2019 and came with several best-in-class features dual-zone climate control with memory function, modes for steering feel, tyre pressure monitoring systems, front parking sensors and so on. The XUV300 also received 5-star crash rating from Global NCAP, but additional it also received 4-stars for child safety and is the highest safety rated car built in India. It also gets a 7-inch touchscreen infotainment system with Apple CarPlay and Android Auto, along with Mahindra Blue Sense app and checks your driving score. The SUV is offered with a pair of turbocharged petrol and diesel engines, mated to a 6-speed manual gearbox and an optional AMT unit for the diesel version. 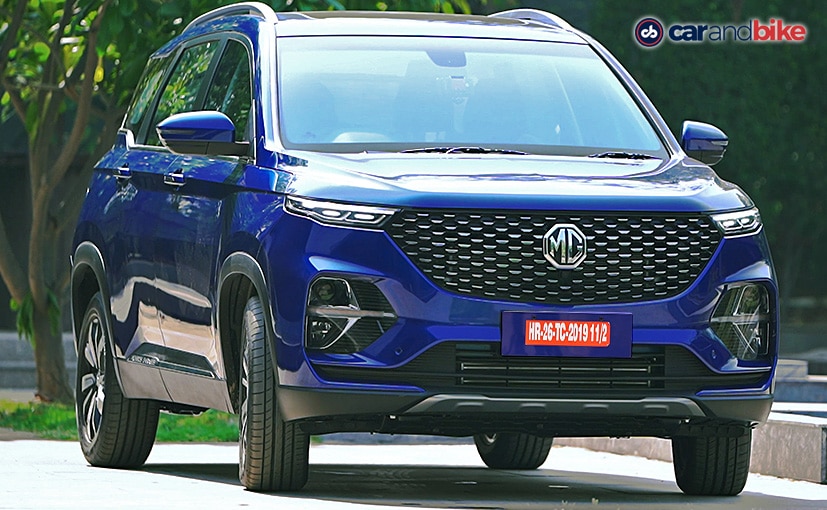 The MG Hector Plus gets a third row of seats which is suited for children, as per the company

The MG Hector Plus is the six-seater version of the popular compact SUV, and it was first unveiled at the 2020 Auto Expo. The Hector Plus also comes with new visual elements that differentiate it from the regular 5-seater version, like an updated face with a new grille, bumper and new LED daytime running lamps, and at the rear too there are several cosmetic changes. However, the biggest highlight of the Hector Plus is the second-row captain seats, along with a third row 50:50 split-bench seat that makes it's a 6-seater SUV. Although it's an SUV, MG Motor India launched the Hector Plus in India to compete with the likes of the Toyota Innova Crysta.

In terms of features it's identical to the regular Hector and even continues to come with the 10.4-inch infotainment system which also comes with Apple CarPlay and Android Auto connectivity and the i-Smart connected car system. The MG Hector Plus gets the same three powertrain choices as the regular Hector - the 1.5-litre petrol, 1.5-litre mild-hybrid, and the 2.0-litre diesel engine. Transmission choices include a 6-speed manual gearbox and an optional DCT automatic.