The Hyundai Grand i10 NIOS is the third-generation model of the i10 brand. It offers a whole lot more as far as features and practicality is concerned and retains the good qualities of the Grand i10 as well. 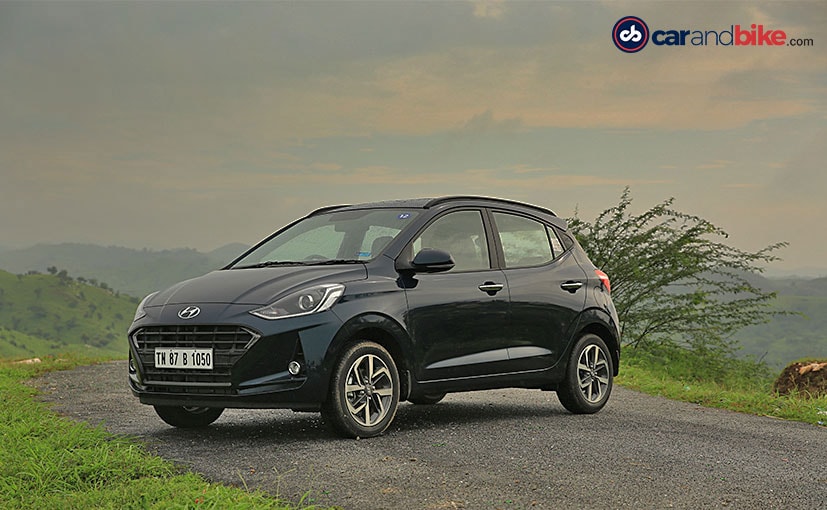 The compact hatchback segment constitutes about 48 per cent of the total passenger vehicle market in India. Yes! It is a big, big chunk and which is why it makes sense for a company like Hyundai to offer multiple products in this segment. It starts with the Santro and then comes in the Grand i10 and after that, the i20. But, Hyundai identified that there's a gap between the Grand i10 and the i20, which is where the all-new Grand i10 NIOS comes in. The i10 brand first made its debut 12 years ago in 2007 and it was in 2014 when the second-generation Grand i10 was launched! It has been one of the consistently best-selling models for Hyundai in India and now, the all-new Grand i10 NIOS has been launched in India. And to reiterate the word 'NIOS' means 'more' in Irish and Hyundai promises that this new model will offer more of everything. 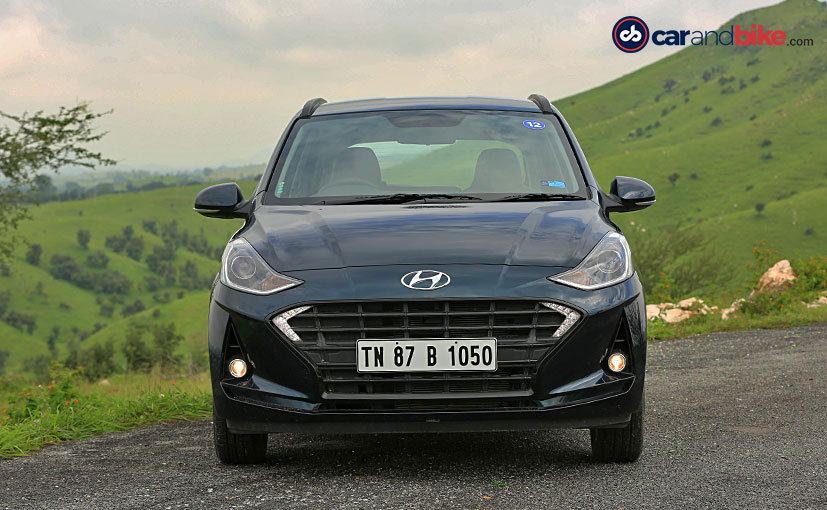 (Style-wise, the front end is the best part of the Hyundai Grand i10 NIOS)

The Grand i10 NIOS is a stylish looking car! No doubt about that. We particularly like the front end where the hexagonal grille is flanked by two boomerang shaped LED daytime running lights, which looks very, very cool in our opinion. Plus, the headlamp cluster, it has been fully redesigned and gets projector headlamps as well. Even though the silhouette remains the same, the car gets a few creases on the bonnet and the profile, adding more character to the looks. Other small design bits such as newly designed alloy wheels, smart looking LED fog lamps, the chrome garnishes all over and the Grand i10 branding on the C pillar, add a sense of freshness to the car. You will not mistake the Grand i10 NIOS for just the Grand i10. Hyundai has made sure of that! 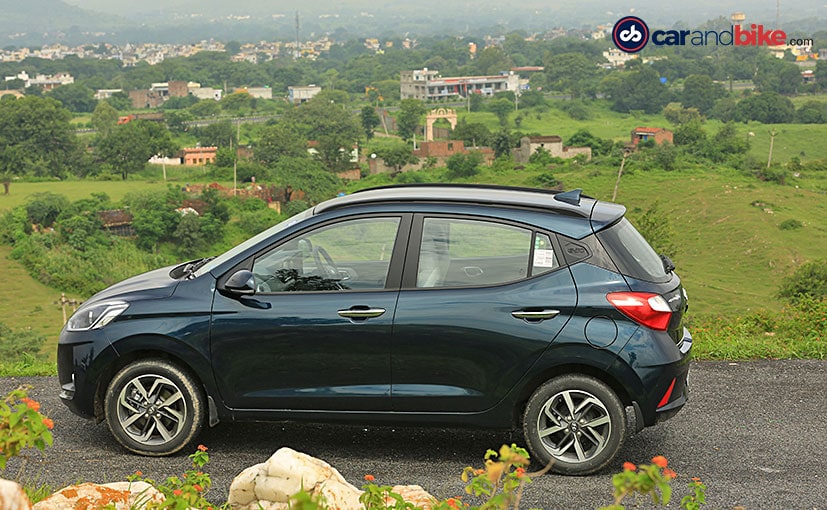 The new Grand i10 NIOS is significantly bigger than the Grand i10 as far as dimensions are concerned. The Nios grows 40 mm in length and is 20 mm wider than the Grand i10, plus the wheelbase too increases by 25 mm. it is just the height, which stays the same as before. All these measurements result in the car being more spacious and comfortable for 5 passengers. 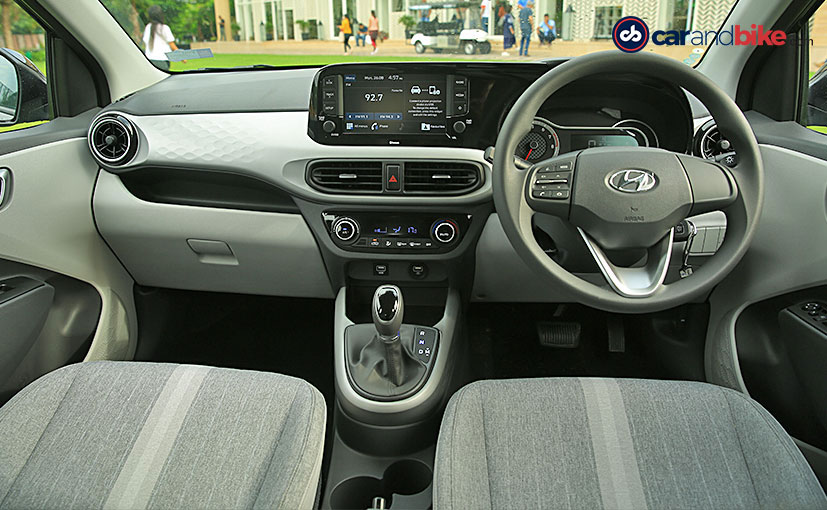 (The dashboard has been fully updated and wears an uncluttered look. The cabin feels more upmarket as well)

The interior on the Grand i10 NIOS has been completely updated as well. And for the first time, the company is offering this lovely dual-tone grey colour finish, which looks very upmarket, very premium. The dashboard, it has been completely re-designed as well. It looks very elegant, the materials used, the quality of plastics, it is much better than the Grand i10 and all of this, the cabin, it feels very upmarket. Hyundai has done well to offer a bucket load of features on the Grand i10 NIOS. In fact, the company says, that the NIOS gets 21 new features as compared to the Grand i10. These include a bunch of segment first features such as two USB charging ports, wireless charging for mobile phones and a driver rear-view monitor. 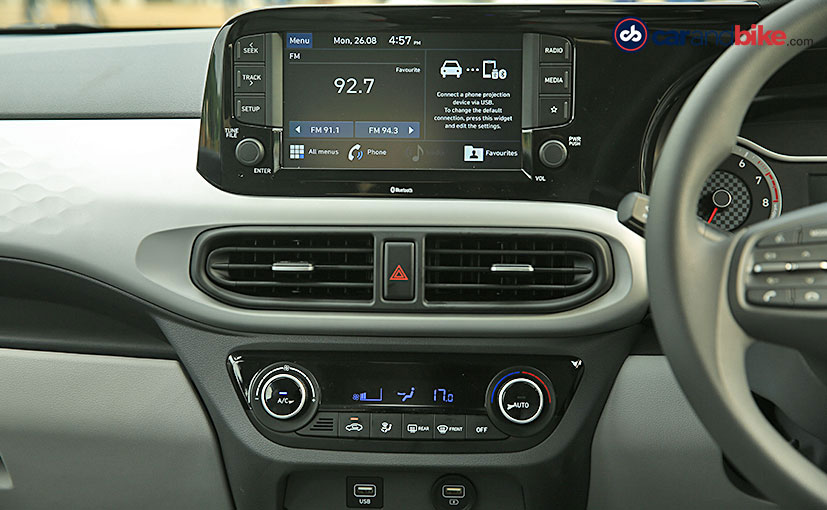 (The Grand i10 NIOS gets two USB charger ports along with wireless charging as well. The 8-inch touchscreen infotainment system is new too and supports smartphone connectivity)

It is the same as the reversing camera, except, it can be switched on even when the car is moving forward. Other creature comforts include a new 8-inch touchscreen infotainment system with smartphone connectivity and a new cool-looking instrument panel. But it is not a connected car like the Venue! There is still some time before Hyundai starts offering its BlueLink connectivity system on its small car portfolio. The new Grand i10 NIOS also gets a bunch of standard safety features which include dual airbags, high strength steel body, parking sensors and anti-lock brakes with electronic brake force distribution and seat-belt pre-tensioners as well. 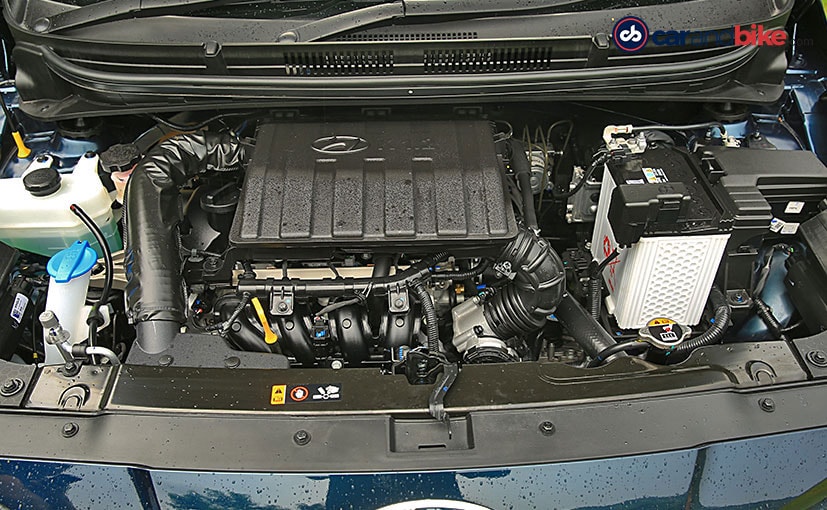 Hyundai is offering a 1.2-litre petrol and diesel engines along with a 5-speed manual and AMT gearbox options. The 1.2-litre petrol makes 82 bhp and 114 Nm and comes with a 5-speed manual gearbox as also a 5-step AMT as well. The 1.2 litre diesel makes 74 bhp and 190 Nm of torque. The petrol engine with the manual transmission has a claimed fuel economy figure of 20.7 kmpl while the AMT returns 20.2 kmpl. The diesel on the other hand for both the diesel manual and automatic is 26.2 kmpl. 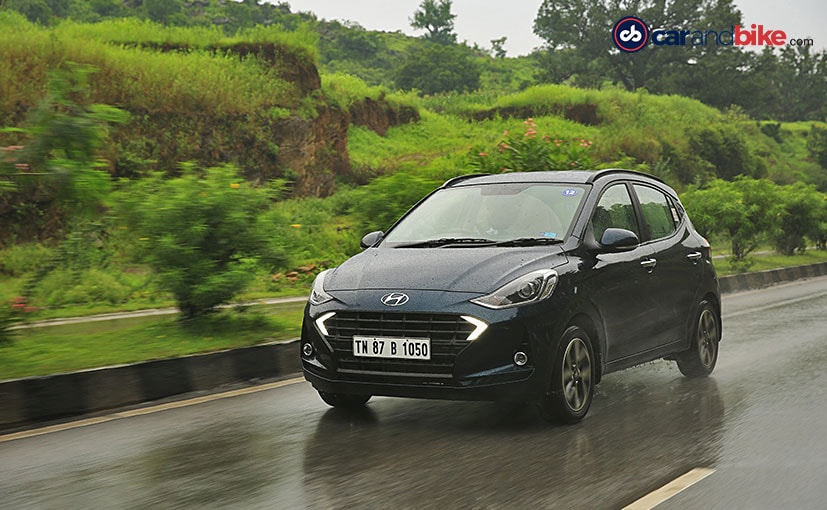 (The Grand i10 offers likeable performance in the city)

We drove the petrol manual variant of the Grand i10 NIOS in its Asta trim. It gets the same 1.2-litre petrol engine as before but the good news is that this engine is BS6 compliant, right from day 1. Yes, and Hyundai also confirms that when the deadline arrives in April 2020, it will convert the 1.2-litre diesel engine into a BS6 motor as well. The Hyundai Grand i10 NIOS is basically a city runabout. Its compact dimensions and the small motor are practical and adequate for pottering about in town. There is decent performance on offer and with the linear power delivery and smooth pull, you will not be thrown a surprise. But, in case you want to take it on the highway, you might be left wanting for more as far as power and torque is concerned. 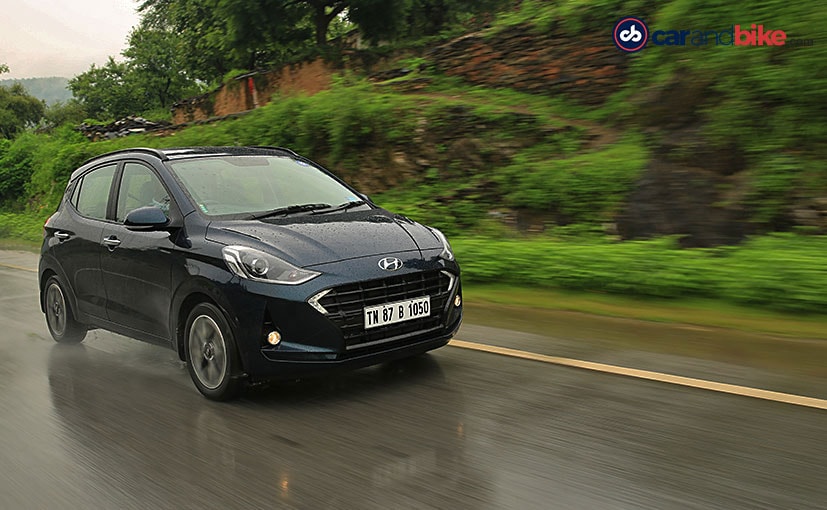 Apart from the petrol manual, we briefly got an opportunity to drive the diesel AMT as well. Hyundai says that the AMT technology has been developed in house, getting an electronic actuator for the clutch and the gear. This results in quicker response along with a smoother drive. The diesel offers more torque down the rev range, resulting in a better initial pull but it is the petrol which has a more spirited performance. 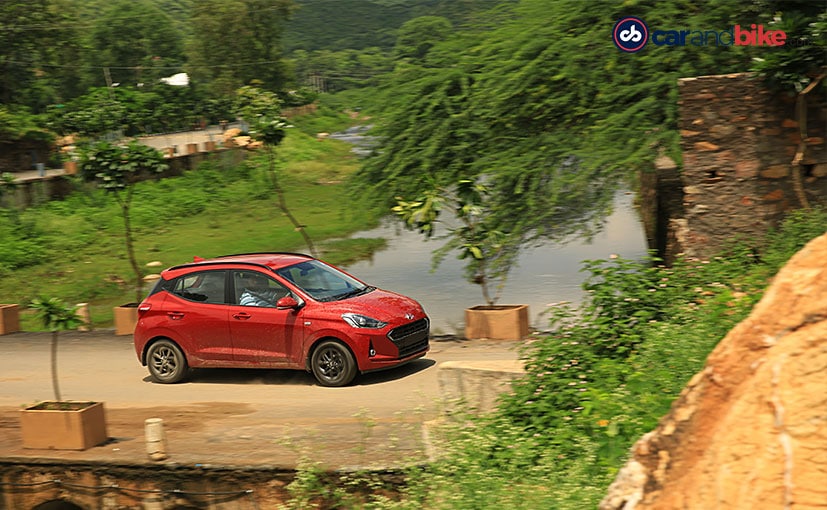 The car retains it plush ride quality and dispatches bumps and potholes with ease. Even on bigger undulations, the ride experience is not jarring. The pleasant surprise here is the handling. It goes up by a notch and there is a hint of improvement in the steering feedback over the Grand i10 as well. So, it is more comfortable with those occasional high speed corners and the vagueness that the earlier model had, has been nullified to a great extent. The cabin offers a quiet drive experience and the NVH levels go up too when compared to the Grand i10. 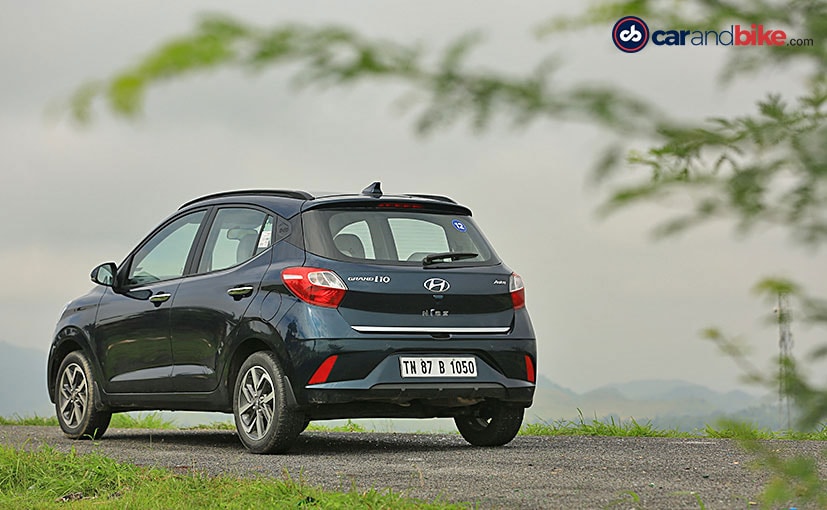 (The Grand i10 has the makings of a best-seller and will definitely offer stiff competition to its rivals such as the Maruti Suzuki Swift, Tata Tiago and the VW Polo)

The prices of the Hyundai Grand i10 NIOS start at 4 lakh 99 thousand rupees for the vase petrol variant and go up to 7 lakh 99 thousand rupees for the top-spec diesel variant. Hyundai has also announced that it will be offering variable warranty options, which the customer can choose as per his or her need, making it an industry unique feature. It definitely has the makings of a best-seller. It looks good, packs in a whole lot of features and has likeable performance too. There are multiple variants to choose from and the pricing we believe, is competitive too! It is a wholesome package and the Hyundai Grand i10 NIOS, it will definitely give some food for thought to its rivals.

Research on Hyundai Grand i10 Nios