Jeep India has teased the upcoming special edition of the Compass SUV, which is likely to be called Compass Night Eagle. The limited edition of the SUV is expected to be launched in the country soon. Jeep India has officially teased a special edition of the Compass SUV on its social media account. The upcoming special edition will be called Compass Night Eagle. And, the same edition was on sale in select international markets such as Brazil and the UK. Going by the teaser, the carmaker clearly stated that the 2020 Night Eagle special edition will be the first global limited-edition model of the Jeep Compass which will be launched soon. There's also the 'Night Eagle' badging on the right side of the boot-lid. However, the exact details of the special edition Compass are yet to be revealed.

The Jeep Compass Night Eagle edition was revealed in international markets last year. It featured black treatment on the outside as well as inside. The same treatment is likely to carry forward on the upcoming model. The special edition of the Compass will get blacked-out body paint along with black paint job on grille, bumper, roof, 18-inch alloy wheels, fog lamp surrounds, window line, badging and more. 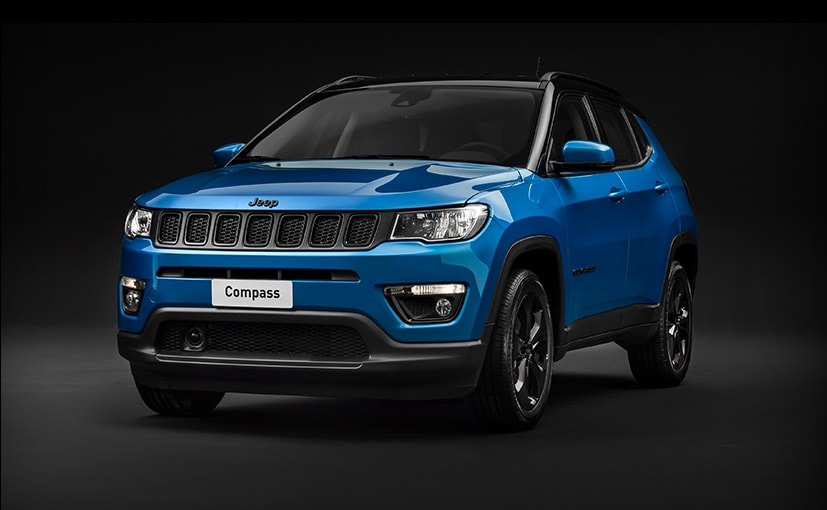 On the inside, the Compass Night Eagle will be equipped with Gloss Black trims on the dashboard and black upholstery. Feature-wise, an 8.4-inch touchscreen infotainment system with Apple CarPlay and Android Auto compatibility, dual-zone climate control and keyless entry with push-button start, new driver assistance features among others. The recently unveiled 2021 Jeep Compass Facelift gets some styling updates.

Coming to the mechanical front, the Jeep Compass Night Eagle edition is likely to be offered with the same set of powertrains that includes - 1.4-litre Multi-air turbo-petrol engine & 2.0-litre Multi-jet diesel engine. The former makes 160 bhp and 250 Nm of power figures whereas the latter churns out 173 bhp against 350 Nm of torque. Both the powertrains are expected come mated with a 6-speed manual gearbox as standard along with a seven-speed DCT and nine-speed torque converter unit for the petrol & diesel units respectively.