The 2021 Skoda Enyaq iV is the brand's first electric SUV and is based on the MEB architecture, promising 302 bhp on the RS version with a maximum range of 510 km, depending on the variant. 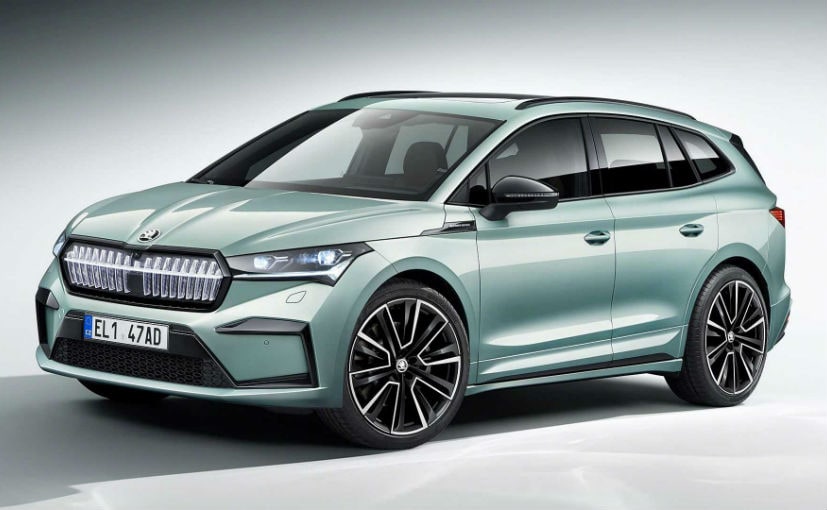 Skoda Auto has finally lifted the curtains off its first electric SUV - the 2021 Enyaq iV. The model started life as the Skoda Vision iV concept showcased at the Geneva Motor Show last year and is the newest model to be based on the Volkswagen Group's MEB architecture for electric vehicles. It is the Czech cousin of the Volkswagen ID.4 electric SUV that will go on sale in Europe by the end of 2020. The 2021 Skoda Enyaq iV electric SUV is slightly smaller than the new-generation Octavia in terms of dimensions while offering the same cabin space as its largest SUV - the Kodiaq. It is the second all-electric offering from the Czech carmaker after the CITIGOe iV. 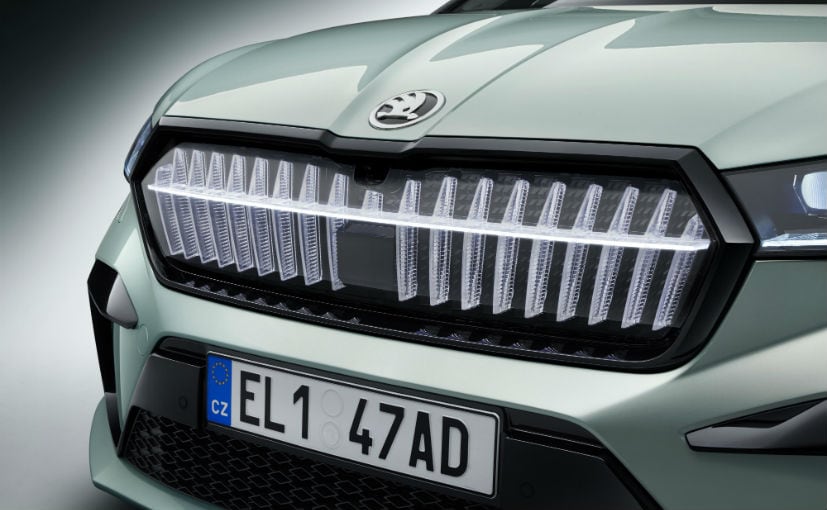 The all-new Skoda Enyaq iV electric SUV boasts of strong yet simple lines and the production-ready model looks identical to the sketches released over the past few weeks. The SUV gets the new 'Crystal Face' that is illuminated and is quite the surprise on the offering. Skoda also says that the new Crystal Face is a new design direction that will be seen on future offerings as well. The unit uses 130 LEDs to achieve the illumination and has been borrowed from the concept version.

The sharply styled headlamp cluster is an all-LED unit on the new Enyaq iV, while the rear also sports LED taillights with the razor-sharp design. Skoda is also offering Matrix LED headlights as an optional feature on the SUV. The offering comes with 18-inch wheels right from the base variant and that's extremely likeable, while the range-topping versions get the massive 21-inch alloys on offer. 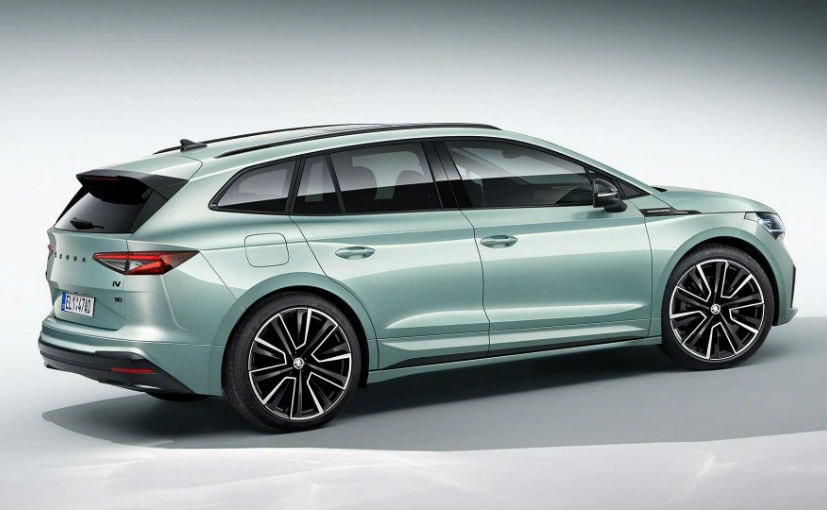 The 2021 Skoda Enyaq iV looks sharp and strong with its bold lines and has a low drag coefficient of just 0.27 cd

Inside, the 2021 Skoda Enyaq iV gets tastefully done interiors with a minimal and clutter-free look. The cabin uses a healthy mix of natural, processed and recycled materials with ten theme packages available along with the option to personalise the cabin to the owner's taste. The centre-piece is the massive 13-inch touchscreen infotainment system that shares its user interface with other Skoda cars, but the unit remains exclusive to the Enyaq iV. The new Virtual Cockpit also features on the car along with the new three-spoke steering wheel. The electric SUV is also loaded on the technology front with features like a head-up display with augmented reality and remote-controlled parking. 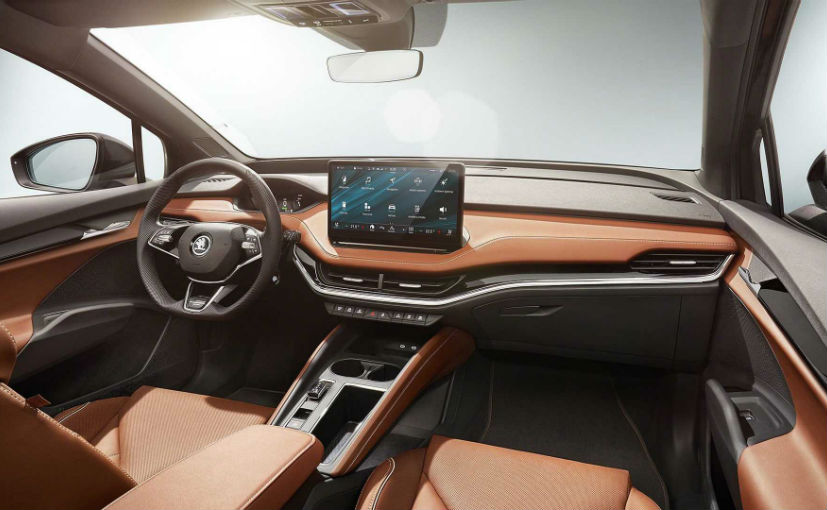 The 13-inch touchscreen infotainment unit is exclusive to the Enyaq iV, while the SUV also comes with 9 airbags, new virtual cockpit and online connected car services

Like all Skoda vehicles, the new Enyaq iV too comes with ample clever features like the tip-to-close electric tailgate, virtual pedal, and sleep package that puts the car's electrics on sleep mode. There's an ice scraper with a tyre tread depth gauge on the inside of the tailgate. Despite the massive proportions, Skoda claims a drag coefficient of 0.27 cd on the Enyaq iV electric SUV. This, along with the low rolling resistance tyres help improve efficiency. There's also an optional heat pump for the AC that cuts down the amount of energy used by the battery to further improve range. 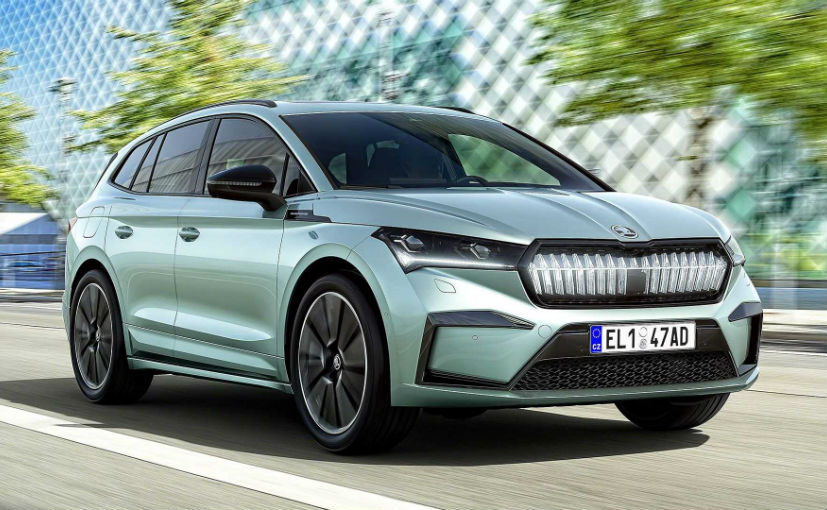 Coming to the powertrain, the 2021 Skoda Enyaq iV electric SUV will be offered in multiple configurations of power and range. There are at least five variants to choose from with the entry-level Enyaq 50 iV developing 109 kW (146 bhp) and 220 Nm of peak torque from its electric motor. The base version gets a 55 kWh battery pack with a range of 340 km on a single charge and a top speed of 160 kmph. The other power outputs from the electric motor include - 177 bhp/310 Nm, 201 bhp/310 Nm, and 261 bhp/425 Nm. However, the Skoda Enyaq RS iV variant is effectively the manufacturer's most powerful offering ever produced with 302 bhp and 460 Nm on offer from two electric motors. The RS version also has a higher top speed of 180 kmph and can sprint from 0-100 kmph in 6.2 seconds, as against 11.4 seconds on the entry-level version. 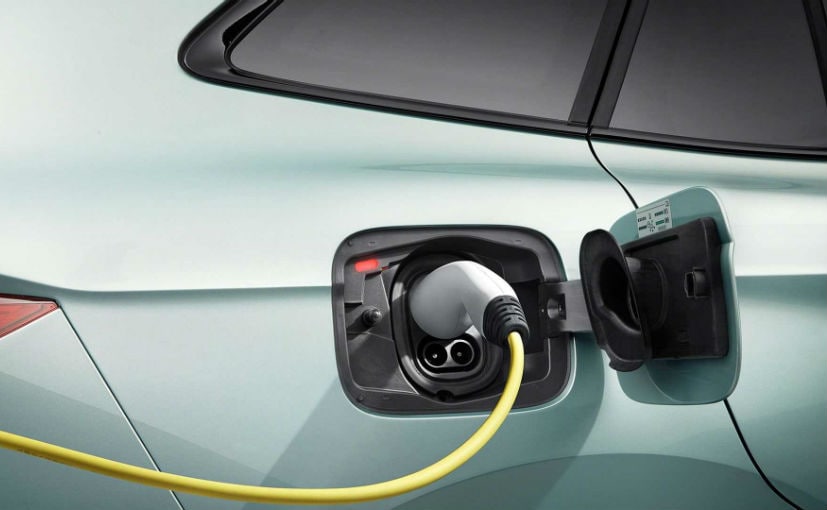 In addition, there are 62 kWh and 82 kWh battery packs with a range of 390 km and 460 km, while the maximum range is offered on the Enyaq 80 iV trim of 510 km on a single charge. The Skoda Enyaq iV will take about 38 minutes to charge up to 80 per cent using the 125 kW fast charger, while AC wall box of up to 11 kW will be able to fully juice up the SUV in six to eight hours, depending on the battery size. 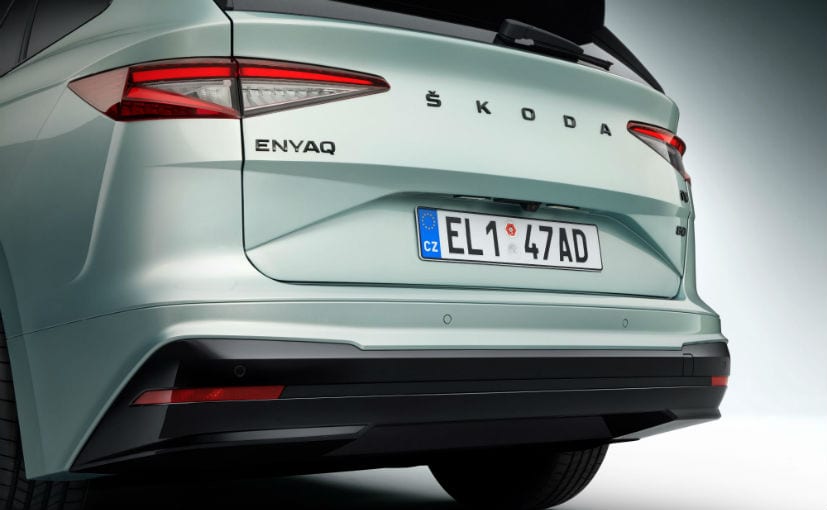 Pre-orders for the 2021 Skoda Enyaq iV are now open globally, while Norway will be the first market to get the electric SUV

Pre-orders are open for the all-new Skoda Enyaq iV for Europe and the company has confirmed that Norway will be the first market to get the SUV globally. The company will be producing the electric offering in the Czech Republic itself and has also made investments to the tune of 32 million Euros to upgrade the Mlada Boleslav for MEB vehicles. In fact, the facility is the only within the VW Group where MEB and MQB architecture vehicles will be built alongside each other. 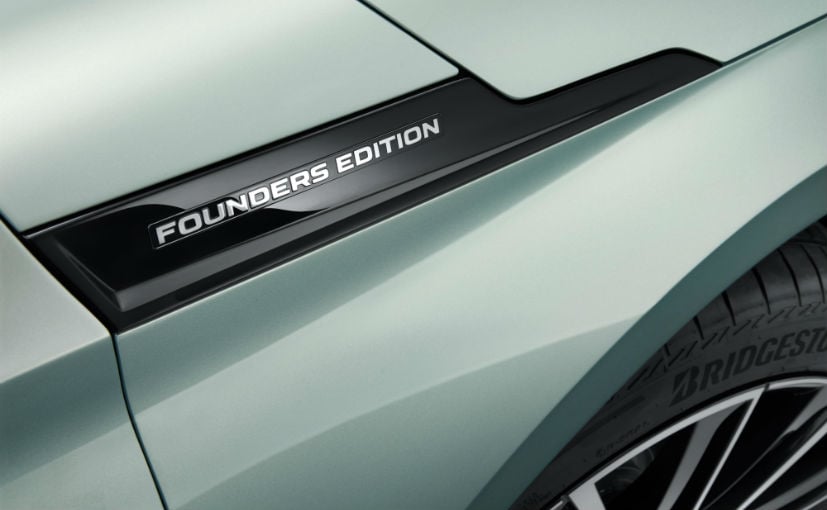 Skoda has also revealed the Enyaq iV Founders' Edition with the production restricted to just 1895 units to celebrate 125 years of the automaker. The limited-edition unit will get a special commemorative badge on the exterior and the largest 21-inch wheels on offer.