Skoda Enyaq iV Teased Ahead Of Reveal In September

Skoda is all set to reveal its first all electric car, the Enyaq iV on September 1, 2020. 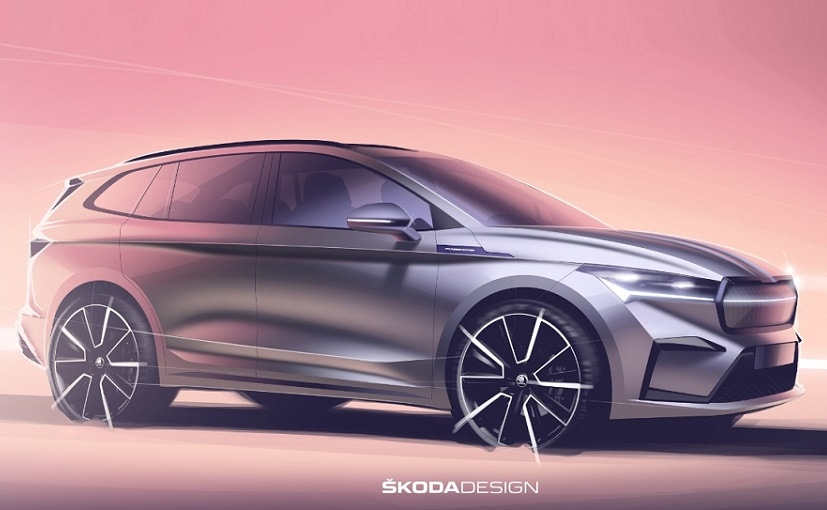 Skoda is all set to reveal its first all electric car, the Enyaq iV on September 1, 2020. The company today teased the car by showing off a few sketches which give us a glimpse into what the car will look like. Based on the VW Group's modular electrification toolkit (MEB), the Enyaq iV's design shows an evolution in terms of design. The company is building on the emotive design language that characterises the Scala, the Kamiq and the new, fourth-generation Octavia. 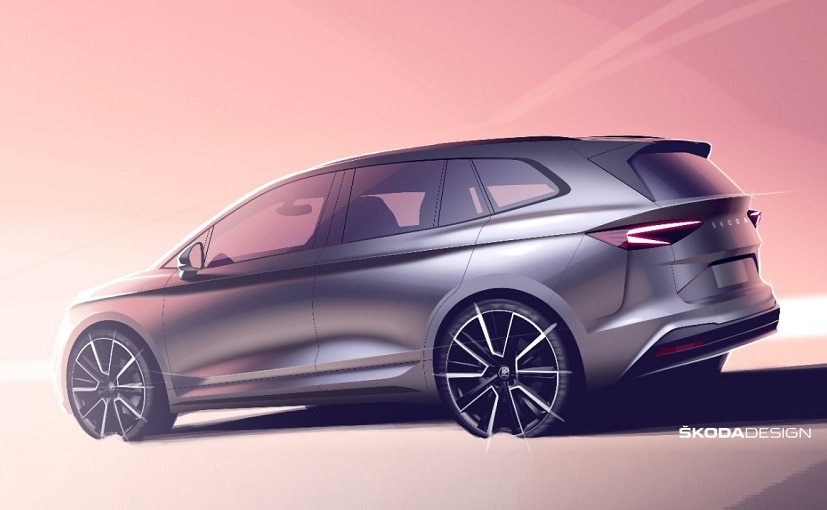 The Enyaq iV will be Skoda's first all electric car, which will be revealed on September 1, 2020.

The Enyaq iV features sculptured lines, clear surfaces and crystalline elements that draw inspiration from Bohemian crystal art. Its proportions, however, differ from those of the company's previous SUV models because it gets a shorter front end and an elongated roofline. The large wheels add to the muscle and the high ground clearance gives it a powerful stance. 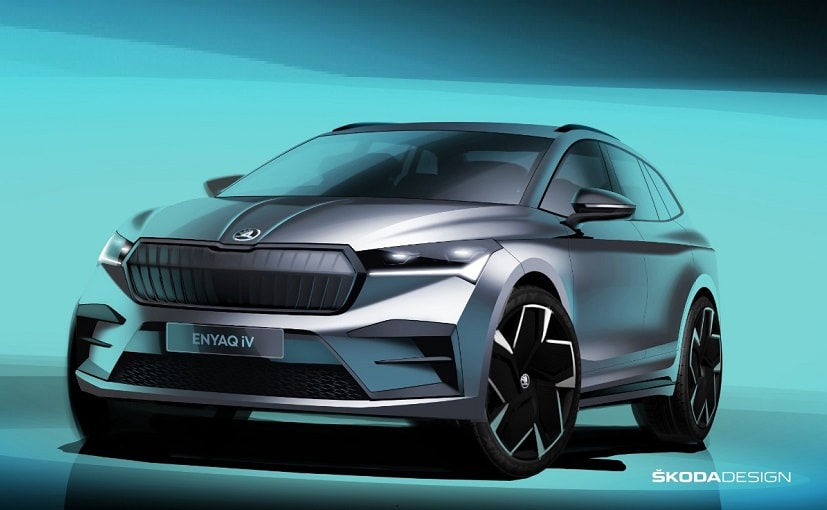 The distinctive grille that will be part of more electric cars from Skoda is clearly visible here. The Enyaq iV comes with full-LED matrix headlights and daytime running lights. To save space, the batteries of the MEB are installed in the vehicle floor, which makes the body a little higher. However, the longer wheelbase makes up for this visually. The individual components of the electric drive take up less space than a conventional internal combustion engine, allowing for shorter overhangs at the front and rear. The Enyaq iV's body is also more elongated and according to the company aerodynamic as well, which has a positive effect on the range.

Based on the MEB platform, it measures at 4648 mm in length, is 1,877 mm wide and is 1,618 mm tall. Just to give you an idea, it's marginally smaller than the Skoda Kodiaq on sale in the Indian market. The Skoda Enyaq will be available in both rear-wheel drive and all-wheel drive variants with three different battery capacities and five performance specs. The base version will be equipped with a 55 kWh battery pack with a 109 kWh electric motor mounted on the rear axle. It will deliver a range of up to 340 km. Next up will be the Skoda Enyaq iV 60 with a 132 kW electric motor and a 62 kWh battery. 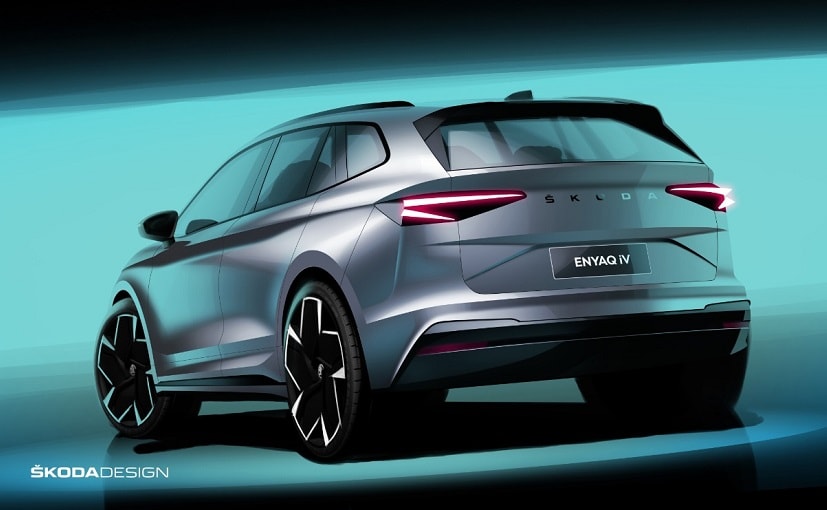 This version will have a range of 390 kilometres. The Enyaq iV 80 will offer the maximum range of up to 500 kms which will be derived from a 82 kWh battery capacity and a 150 kW electric motor. The two four-wheel-drive versions will also have the highest-capacity battery and a second electric motor at the front in addition to the one on the rear axle. The Skoda Enyaq iV 80x will offer 195 kW of power, while the downright sporty RS variant will deliver 225 kW. It will clock triple digit speeds in 6.2 seconds and will have a top speed of 180 kmph. Both four-wheel-drive variants will have a maximum range of 460 kilometres. Charging capacity will be up to 125 kW, charging the battery from 10 per cent to 80 per cent in just 40 minutes.

New-Generation KTM RC 200 Spied Testing
Subscribe to Our Newsletter
Over 1.5+ Lakhs subscribers
Thank you for Subscribing to Us