With the 2020 F1 Hungarian GP, Lewis Hamilton took his eighth win at the circuit, tying his record with that of Michael Schumacher for most wins at a single venue. 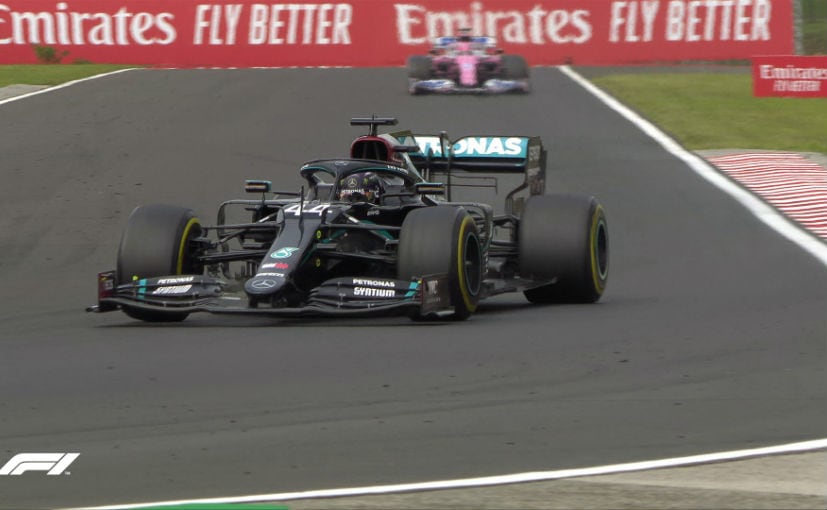 Mercedes' Lewis Hamilton converted his pole position into a victory in the 2020 Formula 1 Hungarian Grand Prix. The driver dominated the race right from the start and went to take his eighth win at the circuit, tying his record with that of Michael Schumacher for most wins at a single venue. Coming in second was Max Verstappen recovering from a crash while on his way to the grid earlier today, whereas Valtteri Bottas took the third place making it a 1-3 finish for the Mercedes team. 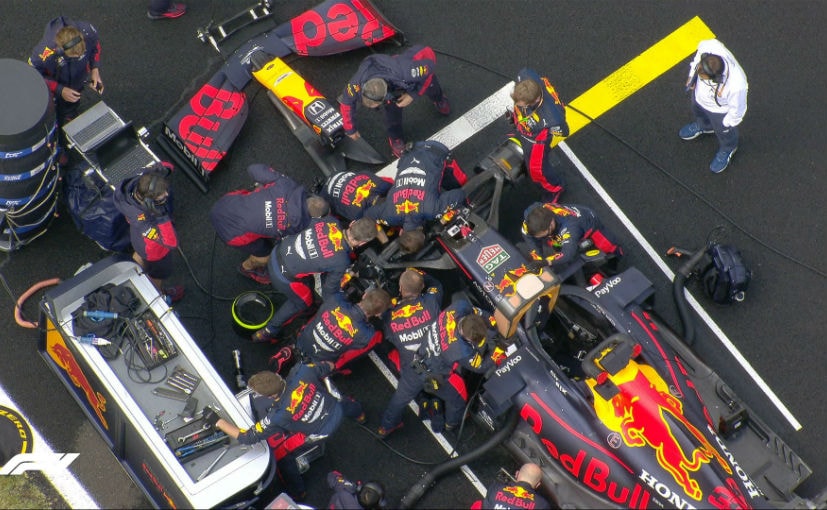 Hamilton dominated the race right from the start and held on to the stellar pace right from the opening lap. Verstappen was quick after a last-minute change of the front wing starting from P7, while Bottas and Racing Point's Sergio Perez had a slow start, allowing Lance Stroll in the second Racing Point car to leap into P2. Verstappen was making his way up the order from P7 after a disappointing qualifying, and so were the Ferraris that started at P5 and P6 on the grid.

Hamilton had already built a 3.1s lead at the end of the opening lap as the top drivers started to pit to replace their intermediates for slicks. Hamilton and Stroll stayed for another lap before switching to mediums. Hamilton rejoined in the net lead while Verstappen switched to mediums on Lap 3 using his time out to get past Stroll to take P2 at the end of Lap 4. The pit stop strategy pushed Stroll behind the two Haas cars, who had pitted at the end of the formation lap to take mediums. By Lap 6, Hamilton was clear from the rest of the field with a gap of 7.8s. 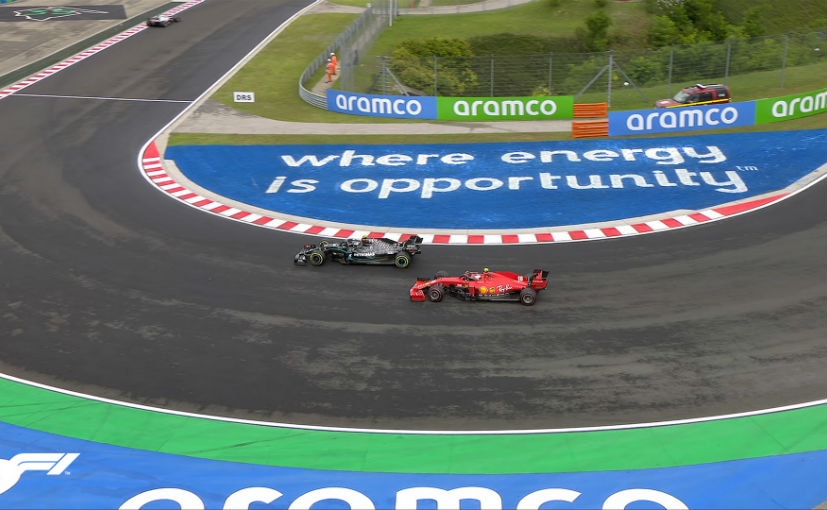 Hamilton continued to lead the race, extending the gap further over Verstappen, while Stroll had finally moved up to P3 as he passed Romain Grosjean and later Kevin Magnussen at the start of Lap 16. As the Racing Point driver tried to catch up to Verstappen, Stroll came under immense pressure from Bottas. The Mercedes driver decided to pit once again on Lap 33 and found the opportunity to join past Stroll who pitted two laps later and rejoined in a distant fourth place. 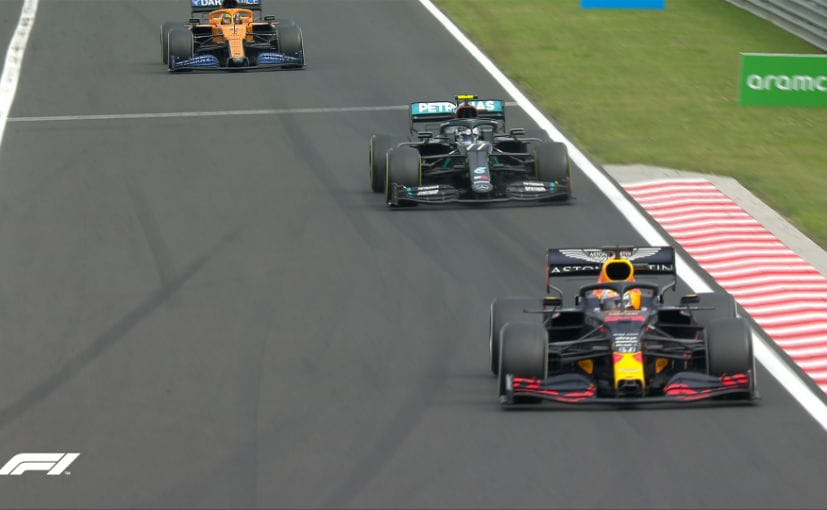 Valtteri Bottas closed in on Verstappen for P2 with a 1.5s gap by Lap 49

Now running on softs, Bottas charged towards Verstappen and even closed the gap over the Dutchman with a few flying laps. By Lap 45, the Finn was close enough to Verstappen to make a move but Mercedes opted to bring the Austrian GP winner in for a third tyre change after encountering traffic. The gap between Valtteri and Max extended to 22 seconds, leaving little opportunity for the driver to claim P2. Nevertheless, Bottas managed to reduce the gap substantially to a mere 0.7s on the final stretch. Hamilton remain unnerved throughout and crossed the chequered flag 8.702s clear off Verstappen.

At the back, Stroll took P4 57.579s behind Hamilton, while Alex Albon in the second RB16 took P5 after starting at P13 on the grid. The driver managed to pass Ferrari's Sebastian Vettel who took P6, and defend the position over Perez in the final laps. Daniel Ricciardo of Renault had the longest stint of 42 laps on medium tyres and managed to finish at P8. Magnussen secured a P9 finish, taking the first points for Haas this season, while Carlos Sainz Jr of McLaren took the final point at P10. 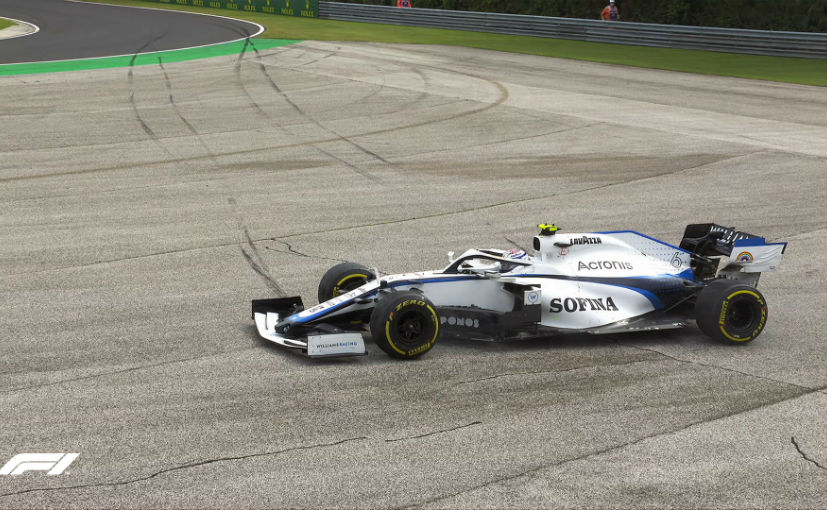 Charles Leclerc of Ferrari finished outside of points at P11 ahead of Daniil Kvyat of AlphaTauri and Lando Norris of McLaren. Renault's Esteban Ocon dropped to P14 ahead of Grosjean, while Kimi Raikkonen of Alfa Romeo moved up to P16 after starting last on the grid. Williams drivers George Russell and Nicholas Latifi were the final drivers to get past the chequered flag with AlphaTauri's Pierre Gasly being the only retirement of the race after facing technical issues on Lap 25.

With back-to-back wins in two out of three races, Hamilton is now in the lead in the driver standings, five points clear of Bottas. Verstappen is placed a distant third with 33 points, nearly half of Hamilton's. He does face competition though from Lando Norris who sits fourth with 26 points. The championship now takes a one week break before heading to the UK for the doubleheader at Silverstone.