Kia Motors India dispatched its first batch of cars using the Indian Railways in May this year and recently flagged off the 50th NMG wagons carrying 100 cars from Andhra Pradesh to Haryana. 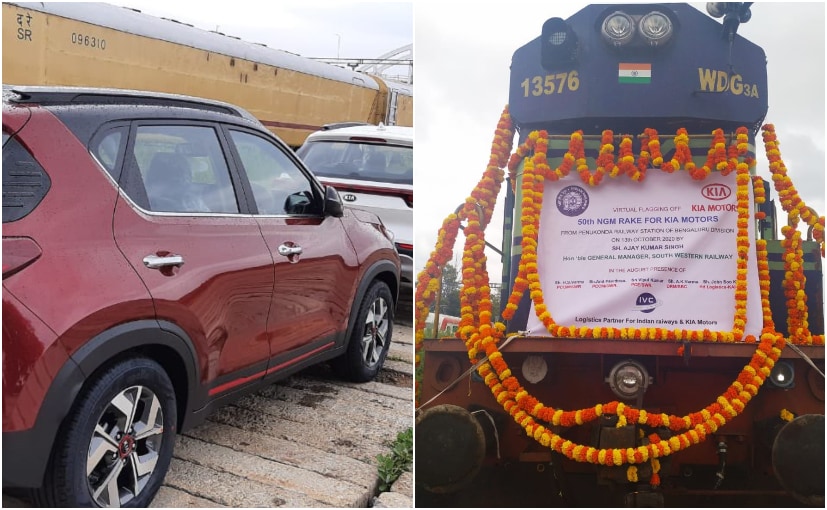 Kia Motors India has despatched over 5,000 cars across the country using Indian Railways, as its vehicle logistics operator. The Indian Railways recently flagged off the 50th Network Management Gateway (NMG) wagons ferrying Kia cars from the Penukonda railway station, which is 12 km away from Kia's manufacturing facility in Anantapur, Andhra Pradesh. The images were shared by Piyush Goyal, Minister of Railways, Commerce and Industry, on Twitter. The 50th NMG wagon is carrying the newly-launched Kia Sonet subcompact SUVs, along with the Seltos compact SUV.

Indian Railways is attaining new heights in the transportation of automobiles.

From Penukonda, Andhra Pradesh alone, 50 rakes containing close to 5,000 cars have been dispatched till now.#MoveItLikeRailways pic.twitter.com/87qnr4cgPS

The 50th NMG wagon was carrying 100 cars that included the Sonet and the Seltos SUVs. The cars are being ferried to Farukh Nagar in Haryana, where they will offloaded and despatched to dealerships. Kia Motors India commenced ferrying its cars using NMG wagons in May this year. The Penukonda railway station has also set-up a siding exclusively to load the Kia cars in the NMG rakes. 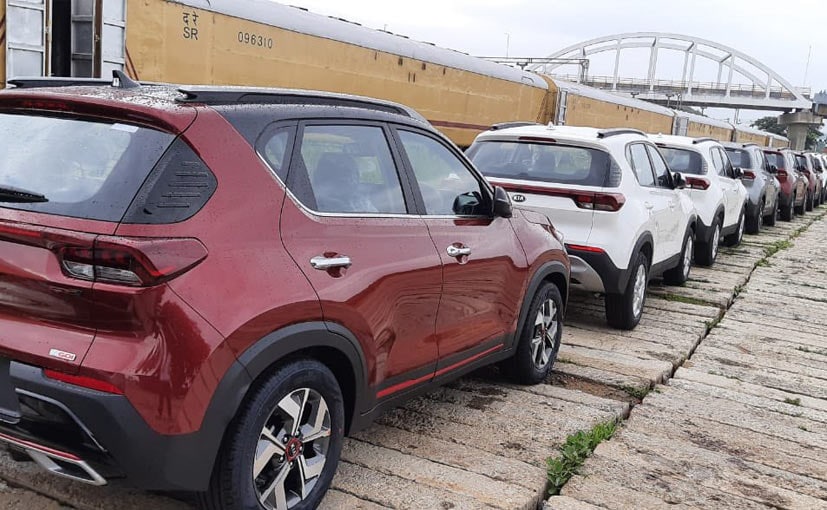 The newly-launched Kia Sonet has garnered over 35,000 bookings and is part of major chunk of despatches from Kia Motors

The first batch comprised 100 Kia Seltos SUVs that were addressing the pent up demand as the lockdown restrictions were being relaxed at the time. About 10 NMG rakes per month were dispatched in the past few months. The transportation process is facilitated by IVC Logistics between Indian Railways and Kia Motors. The NMG wagons have been modified to facilitate easy movement of the automobile goods. 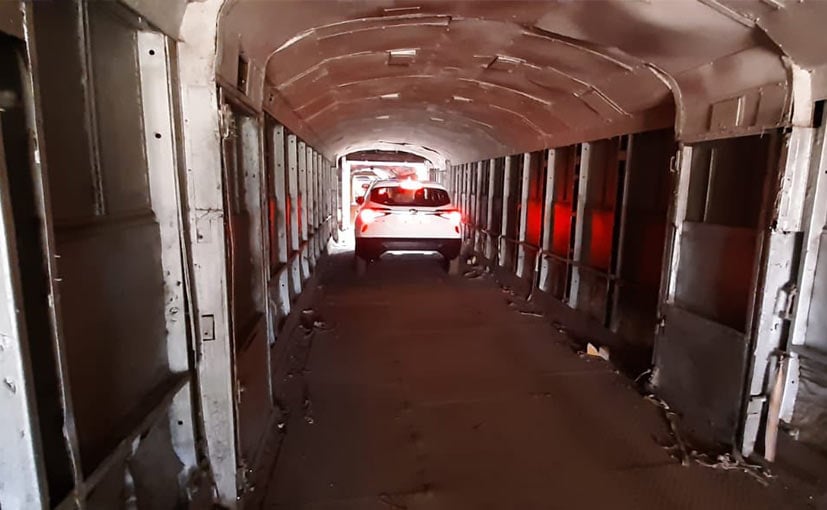 The NMG wagons have been specially modified to transport automobile goods

Using railways has turned out to be a cost-efficient way for automakers to transport cars as opposed to road transport options. Maruti Suzuki has been utilising the services of the railways since 2014 and has shipped over 6.7 lakh cars in the last six years. Train transportation also turns out to be more environment-friendly compared to road transport, which has been one of the reasons automakers have been pushing for the same as companies try to minimise their carbon footprint.

Jeep India Announces Discounts Of Up To Rs. 2 Lakh On Compass & Compass Trailhawk
14 hours ago

Ross Brawn Sees Schumacher Like Traits In Leclerc
13 hours ago

Ford EcoSport Subcompact SUV Gets A Price Hike Of Rs. 1,500
17 hours ago

Jeep India Announces Discounts Of Up To Rs. 2 Lakh On Compass & Compass Trailhawk
20 hours ago