The SUV market is one of the highest growing car markets in India and we have a long list of SUVs that have been lined-up or being considered for our market next year. 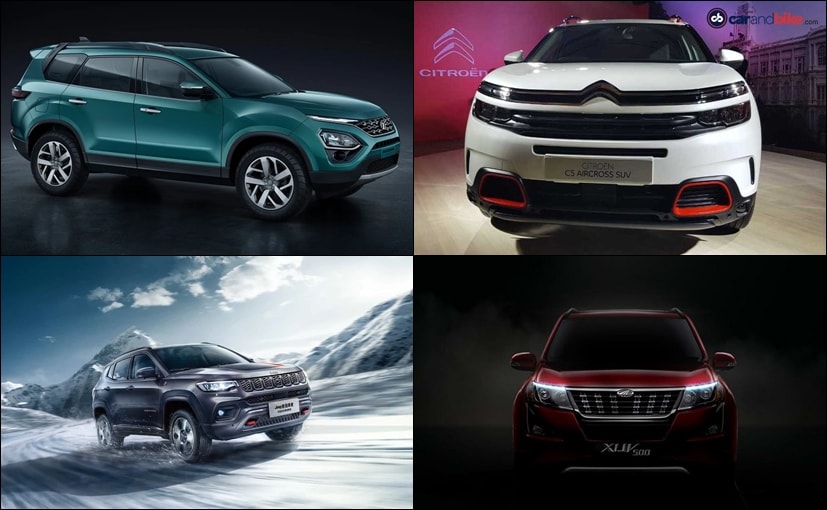 SUVs are ruling the roost in India. It's the fastes growing segment in our country and every brand that is investing in new models is definitely eyeing this segment. Now, that also means we'll get to see new SUVs in our country in near future and in fact we have a list of SUVs that have been lined-up or being considered for our market next year. Here's a list of all the SUVs we expect will be launched in India in 2021 which will be priced under ₹ 20 lakh

The Tata Gravitas was showcased at the Auto Expo this year.

The Tata Gravitas was showcased at the Auto Expo year and we have been waiting for its launch since then. The SUV is expected to go on sale next year and as we already know it is essentially a seven-seater version of the Tata Harrier. The upcoming SUV will be based on Tata's OMEGA Arc platform but the rear end has been tweaked along with the design of alloy wheels. The Gravitas will be 63 mm longer and 80 mm taller than the Harrier. Under the hood, the 2020 Tata Gravitas will be powered by the same BS6-compliant Fiat-sourced 2.0-litre, four-cylinder diesel engine that 168 bhp and 350 Nm of power figures, and will be mated to a either a six-speed manual gearbox along with an optional six-speed automatic torque converter unit. 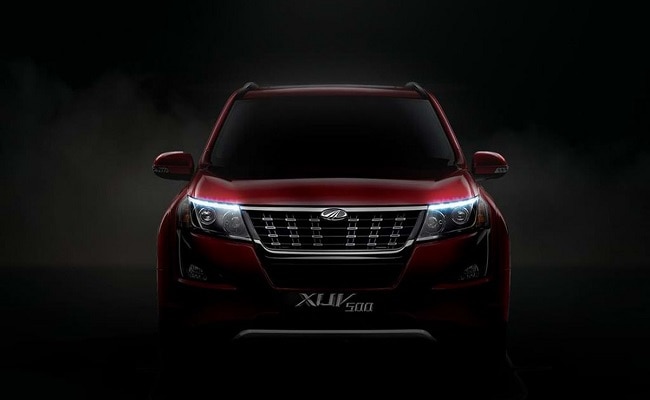 The upcoming Mahindra XUV500 will be bigger in dimensions compared to its predecessors.

The next-generation Mahindra XUV500 is currently under development and plenty of spy shots have surfaced online. The model has grown in proportions and will be underpinned by a new monocoque platform. It will also be a huge departure in terms of looks and will be equipped with connected car features. Engines options on the new XUV500 will include a 2.2-litre, four-cylinder mHawk diesel engine and a new 2.0-litre, four-cylinder turbocharged mStallion petrol motor. Both engines will be offered with manual and automatic transmission options. It will also be the first SUV in its segment to get Advanced Driving Assist System (ADAS). 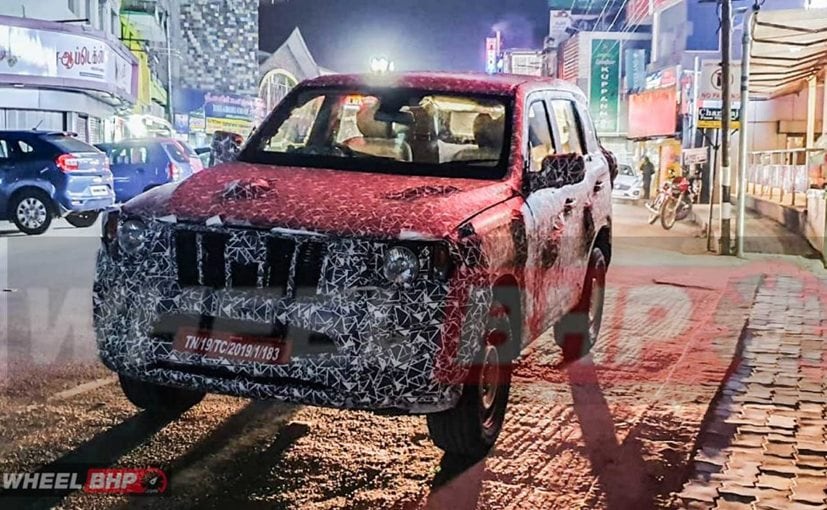 Next-Gen Mahindra Scorpio will be bigger in dimensions than its predecessor.

The update in Mahindra's line-up started with the all-new Thar this year and as we already said, the XUV500 is coming in 2021. In fact, 2021 is a rather important year for the carmaker as after the XUV500, it will also introduce the next-generation Scorpio in India and we already know that both SUVs are strong volume drivers for Mahindra. Just like the XUV500, even the Mahindra Scorpio will be bigger in dimensions compared to the new model and while it will largely retain its squared proportions, the recent spy shots suggest that it will be more rounded at the corners and will have a wider track. The existing Scorpio already comes with a BS6 compliant 2.2-litre mHawk diesel engine that is tuned to churn out 138 bhp and 320 Nm of peak torque. This engine most likely will be carried over to the next-generation model and we will also get to see a turbocharged petrol engine from the company's new mStallion family in the new Scorpio. 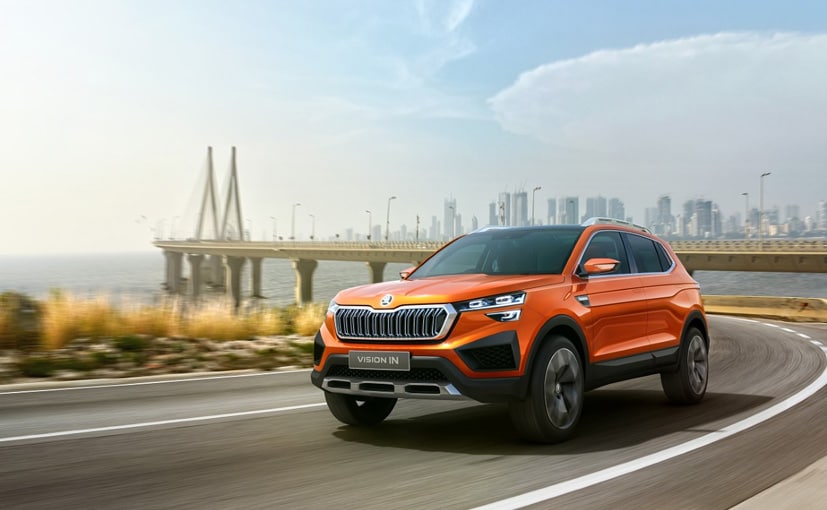 Skoda has started production of the Vision IN concept based compact SUV.

Skoda too is gearing up to introduce a new compact SUV in India which will be based on the Vision IN concept. The model has been spotted testing several times and according to the latest news reports, Skoda Auto India has registered trademarks for five new model names with Ministry of Commerce & Industry's Patent Design and Trademarks one of which is Skoda Kliq. Now we have been guessing that this upcoming SUV will adopt this name and Skoda has confirmed that it will be locally manufactured in India. The new model will be a Hyundai Creta and Kia Seltos challenger and will hit the showrooms by mid-2021. Skoda has also affirmed that the model will be at par with the brand's other line-up as far as quality and reliability are concerned. Along with quality and durability, the model will also adopt the Skoda family design language. So most likely we'll get to see similar family design elements that we had already seen on the Vision IN concept earlier this year and even on the test mule that's recently been spotted. So the production model will feature basic design cues like the 3D grille with the winged arrow logo mounted atop and also expect few sharp sculpting lines on the face and along the profile. And also, the wide Skoda lettering is likely to be seen on the boot. As far as engines are concerned, we already know that the India 2.0 strategy is emphasising on localisation and we expect Skoda to locally develop and manufacture a new four-cylinder turbocharged engine for this compact SUV. Obviously, the SUV will be well-equipped on the inside as well. So expect to see all the upmarket features like wireless charging, Apple CarPlay and Android Auto, a panoramic sunroof and premium interiors among others. 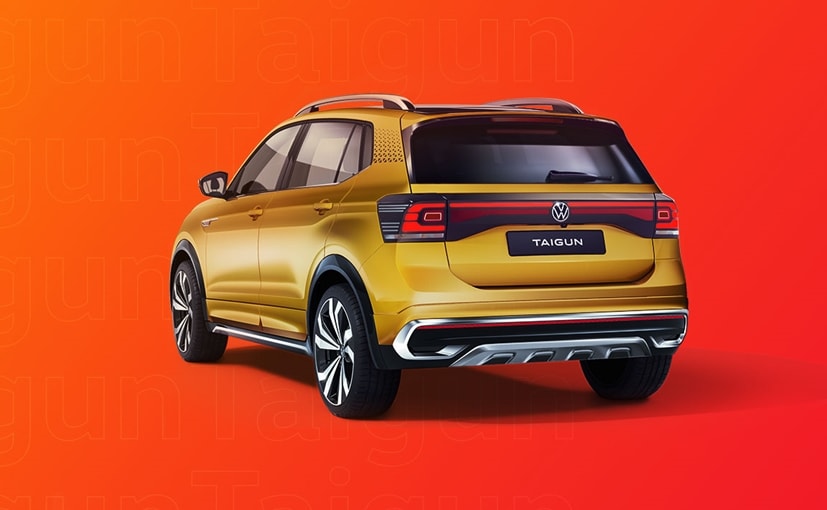 The Volkswagen Taigun will be a sister unit of the Skoda Vision IN based compact SUV.

The Volkswagen Taigun will the Skoda Vision IN's sister unit and will be underpinned by the same MQB AO IN platform. While mechanically, we expect it to be identical to the Skoda Vision IN based compact SUV, the styling will be in-line with Volkswagen's family design language. Elements like the muscular bonnet, a wide grille that will be flanked by horizontally stacked LED headlights with LED daytime running lamps. Refering to what we can recall from the concept car we saw at the Auto Expo, the production-spec Taigun is also likely to feature sporty alloy wheels, beefier wheel arch cladding, roof rails and LED taillamps conjoined by a reflective strip and smoked details. The cabin of the concept vehicle came with premium interior sporting body-coloured panels on the dashboard, centre console and doors, along with dual-tone black and grey upholstery. The features list is likely to include an all-digital instrument console, a large touchscreen infotainment system, wireless charging, fast-charging USB slots and app-based connected features, a flat-bottom steering wheel, rear AC vents and automatic climate control among others. 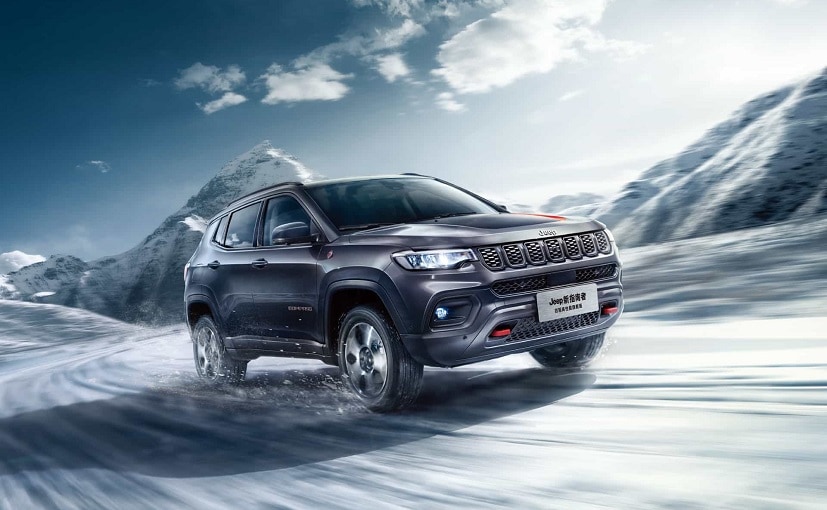 Jeep has made subtle changes to the front end of the Compass Facelift.

The India-bound Jeep Compass Facelift was unveiled in China earlier this year and has been spotted testing in India quite often. From what we can collect, the design hasn't been much altered, save for the re-profiled front bumper. The iconic seven-slat grille remains intact while will be flanked by a new set of LED headlights, but the shape of these headlight assemblies hasn't changed. Even the cabin of the Compass will largely remain unchanged while we may get to see an updated infotainment system unit. Under the hood, the 2020 Compass is likely to continue using the existing 2.0-litre Multi-jet diesel engine and the 1.4-litre Multi-air petrol motor. Both engines will come mated to a six-speed manual gearbox as standard while a nine-speed torque converter gearbox will be optional on the diesel iteration and a seven-speed DCT automatic will be seen on the petrol model. The US-spec model, however, gets a new 1.3-litre, turbocharged petrol engine, with a plug-in hybrid (PHEV) variant, and a 1.6-litre, Multi-jet diesel engine, but we can't say if this mills are under consideration for our market. 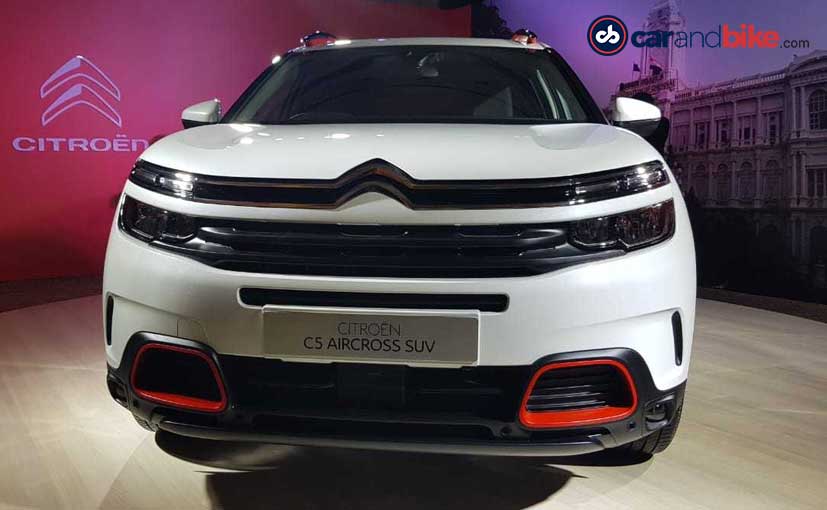 Citroen will be starting its sales operations in India with the C5 Aircross.

Citroen is all set to make its foray into the Indian car market with the C5 Aircross and the compact SUV will be locally assembled at CK Birla's Thiruvallur plant in Tamil Nadu. The Citroen C5 Aircross has been spotted testing several times in India and the SUV looks almost the same to what we saw when the company announced starting of its operations in India. The wide grille flanked by split headlights make for a butch looking face and the rounded edges give it a very urban crossover sort on an appeal. The cabin will be finished in dual-tone upholstery along with soft-touch materials. It will also be offered with brand's latest connected technology and a large 8.0-inch touchscreen infotainment unit supporting Apple CarPlay and Android Auto. Other features include a flat-bottom steering wheel, fully-digital instrument console with TFT display, and a dual-zone climate control among others. It is likely to be powered by a 2.0-litre diesel engine mated to an eight-speed automatic gearbox, while Citroen may also consider offering a 1.2-litre turbo petrol unit paired with the same eight-speed auto box.

The Renault Kiger will go on sale in India sometime in 2021.

The Nissan Magnite has been launched in India just this month and we expects Renault to introduce the Kiger early in 2021. Essentially, both models are sister units and are based on the platform. There will be a lot of similarities in terms of features as well so expect to see all the upmarket techs like wireless Apple CarPlay and Android Auto in the Kiger as well. It will also share the engine line-up with the Magnite. So the 1.0-litre, three-cylinder naturally aspirated motor and the 1.0-litre, three-cylinder turbocharged motor that gets a CVT gearbox in the top-end trims, are likely to be seen in the Kiger as well. 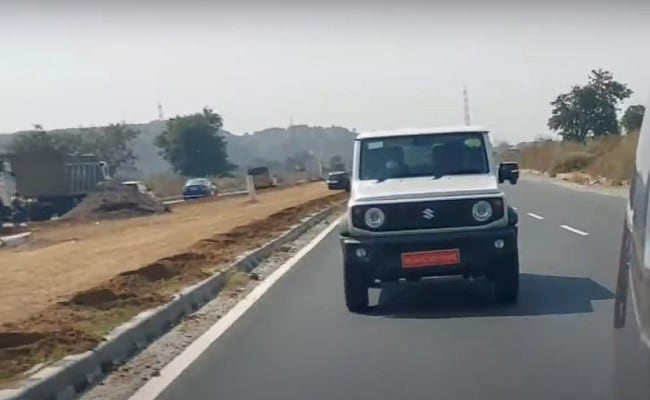 Suzuki has been testing the Jimny on Indian roads.

Though the Suzuki Jimny was showcased at the Auto Expo this year, Maruti has still not confirmed if it will launch the model in India. That said, we know that the Jimny was under consideration given the growing popularity of lifestyle SUVs and it was likely to hit the Indian roads by mid-2021. If launched, the Jimny will be one of the most affordable four-wheel drive (4WD) compact SUVs in India and will likely get the 1.2-litre, four-cylinder K-Series petrol engine mated to a five-speed manual transmission.