It has been less than two months, since the launch of the new Nissan Magnite, and dealers have reported a waiting period of up to 6 months, depending on the variant. It's the model with the 1.0-litre turbo petrol engine and the variants with dual-tone colour that are witnessing the highest demand

View Photos
Depending on the variant and colour, the waiting period for the Nissan Magnite is between 8 to 26 weeks

The Nissan Magnite is the newest addition to the sub-compact SUV space, and the car has already garnered some attention. It has been less than two months, since the launch of the SUV, and the company is already seeing a waiting period of up to 6 months. Some of the Nissan dealers we spoke to, in Mumbai, Chennai and Bengaluru, have all stated that depending on the variant and colour you choose, the waiting period for the Magnite subcompact SUV can be anywhere between 8 to 26 weeks. And it's the model with the 1.0-litre turbo petrol engine and the variants with dual-tone colour options that are witnessing the highest demand. 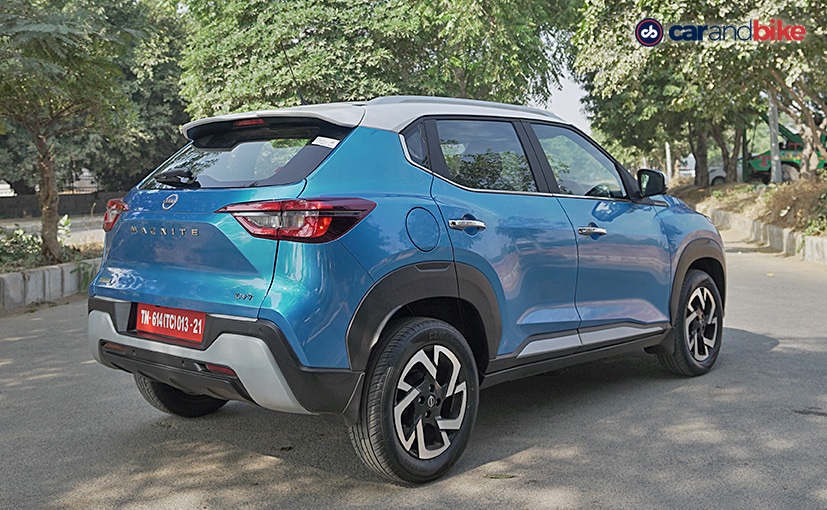 The Nissan Magnite with 1.0 litre turbo petrol engine and dual tone colour can have a waiting period of up to 26 weeks

We did reach out to Nissan Motor India to confirm the car's current waiting period, however, at the time of publishing this story, our email remained unanswered. The new Nissan Magnite is offered in four trims - XE, XL, XV and XV Premium, which are further classified into 20 different grades, based on optional trims, engines options, and transmission choices. The SUV comes with two petrol engine options - a 1.0 litre naturally aspirated motor and a 1.0-litre turbo petrol unit. While the naturally aspirated unit is capable of making around 71 bhp and 96 Nm of torque, the turbocharged petrol mill develops 99 bhp and 160 Nm of torque. The CVT variant offers slightly less torque at 152 Nm.

While most dealers have claimed an average waiting period of up to 5-6 months, some of them have said that the Magnite with the naturally aspirated petrol engine or the XL variant could have a waiting period of about 2 to 3 months, depending on the trim. However, if you go for the XV or XV Premium single tone trims, the waiting period will go up to 4 to 5 months, whereas the wait for the dual-tone variants can go up to around 6 months or more. Having said that, one of the dealers we spoke to also mentioned that Nissan plans to begin the next phase of production by mid of February 2021, post which waiting period could come down. This is consistent with our earlier report which said the company plans to ramp up production in February.

Also Read: Over 32,800 Bookings Received For Nissan Magnite In A Month Since Launch 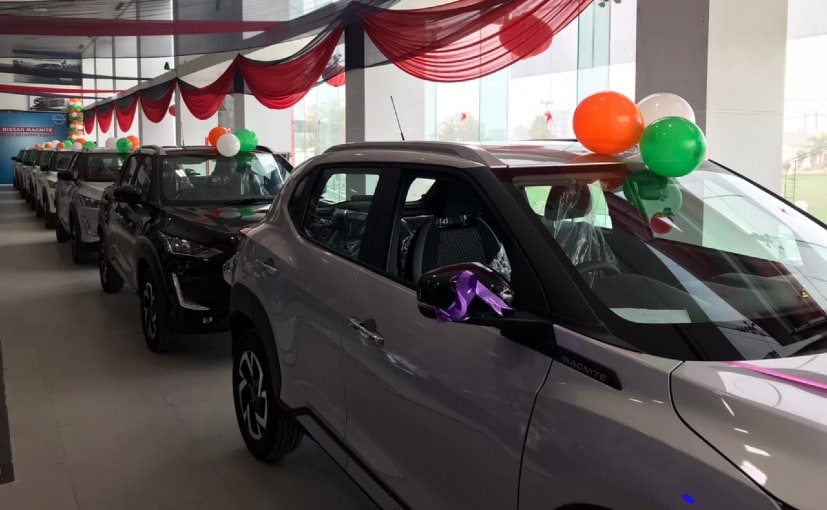 The Nissan Magnite went on sale in India on December 2, 2020, and within 15 days from its launch, the company has garnered over 15,000 bookings for the car, which increased to 32,800 booking by early January. However, its wholesale numbers for the month, from the Magnite, were less 600 units. Having said that, we do expect to see a considerable leap in the Magnate's sales numbers in January 2021, mainly given the fact that on the Republic Day (January 26) alone the company delivered 720 units of the SUV.

Currently, the Nissan Magnite SUV is priced in India at ₹ 5.49 lakh to ₹ 9.49 lakh (ex-showroom, Delhi). Customers opting for the XV or XV Premium trims will also get it for an additional amount of ₹ 38,698. The Tech Pack gets add-on features like - wireless charger, air purifier, ambient mood lighting, puddle lamps, LED illuminated scuff plates, and high-end speakers from JBL. The new Magnite competes with the likes of the Kia Sonet, Hyundai Venue, Tata Nexon, and the upcoming Renault Kiger.