Test vehicles and prototypes can now be built under one roof in the new manufacturing centre of Skoda Autos Technical Development department. 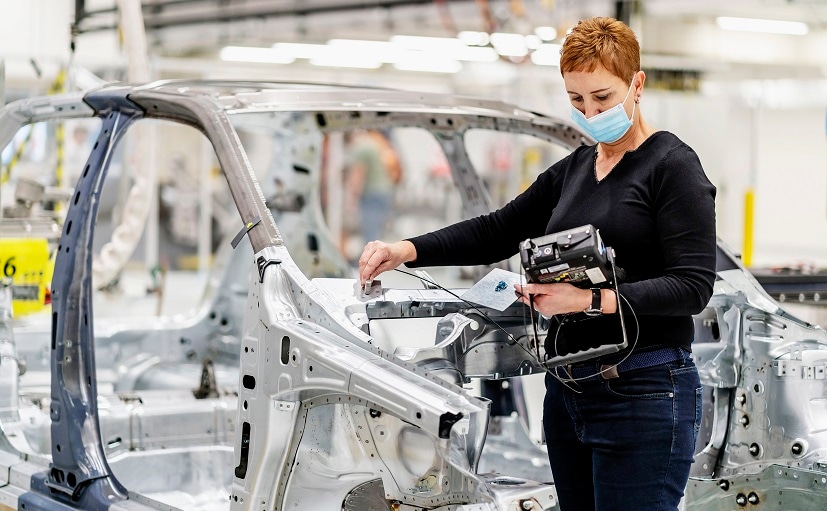 View Photos
Thanks to two robot stations, the proportion of automation in the body shop has increased from 15 to 45%.

The technical department of the Skoda Auto recently opened a new facility to manufacture test vehicles and prototypes at its Mlada Boleslav site. This new facility will ensure the development of these vehicles under one roof. The carmaker uses state-of-the-art technologies, such as robot stations and virtual reality solutions, through the entire production process. The Czech automaker produced some of the test vehicles for the all-electric ENYAQ iV at the new facility. The entire warehousing is incorporated into vehicle manufacture results in further savings, reducing logistics costs by more than 150,000 euros annually.

Virtual reality technologies allow workstations to be preconfigured and customised,

Johannes Neft, Skoda Auto Board Member for Technical Development said, "The use of test cars allows us to draw conclusions about numerous technical parameters at an early stage of development and make the necessary adjustments long before serial production of a new model commences. We are now taking the next step. In future, we will build 300 test vehicles and 120 prototypes per year with maximum efficiency under one roof in our new, state-of-the-art facility at the Mlada Boleslav site. We have created the ideal conditions here to develop vehicles at the highest level and that will shape the future of our brand."

David Vanek, Head of Model and Prototype Manufacture said, "Our new facility has three floors and houses the parts warehouse, body shop, final assembly and paint shop, all within the smallest of footprints ensuring short distances. At the same time, the facility's high degree of automation allows for more agile processes and a significant increase in production capacity for test vehicles and prototypes. Furthermore, the building features state-of-the-art virtual reality technologies as well as 168 workplaces in open-space offices and 13 meeting rooms. A large part of the complex 14,000 square meter is used for vehicle manufacture."

The ground floor at the centre accommodates parts warehouse that includes a covered yard for unloading trucks. While car bodies are manufactured on the second floor, the third floor contains a paint shop and final assembly. The material is transported between floors through a freight elevator. Moreover, the proportion of automation in the body shop has increased to 45 per cent from 15 per cent because of two robot stations. The production capacity is now doubled to ten car bodies per week while requiring 20 per cent less space. 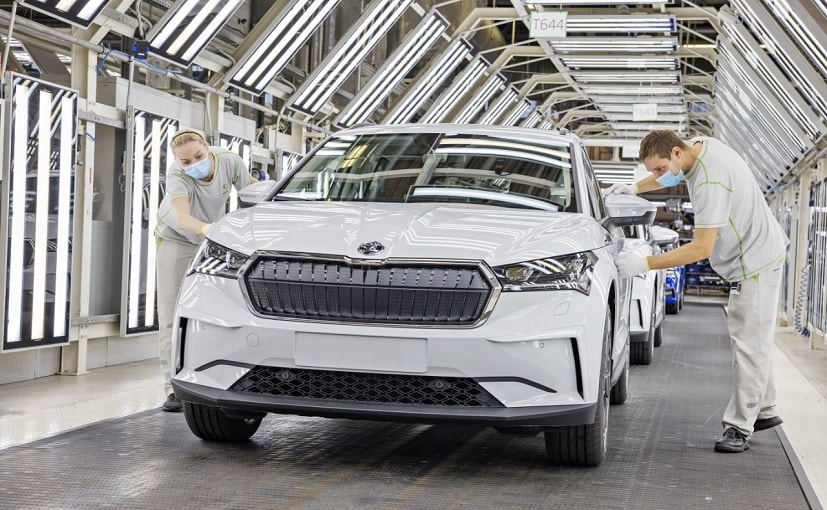 Skoda produced some of the test vehicles for the all-electric ENYAQ iV at the new facility.

Additionally, weight-saving designs can be developed at the centre as the carmaker has expanded its body shop to include an innovation centre for testing joining techniques. It includes clinching, riveting, flow drill screw (FDS) fastening, laser welding and composite construction.

Workstations at the facility can be preconfigured and customised with the help of virtual reality technologies, and state-of-the-art IT systems are used in logistics. Quality control will be integrated into the production process and run parallel to the respective manufacturing steps. From an ecological point-of-view, the production facility for the new model and prototype models is very advanced. The short distances save around 1,800-litre of fuel per year, enabling a decrease in CO2 emissions of roughly five tonnes.