Tesla has few models lined-up for our domestic market and it is safe to say that they will hold a status equivalent to that of Porsches and Lamborghinis when it comes to market positioning and volumes. Let's have a look at Tesla India's expected product portfolio. 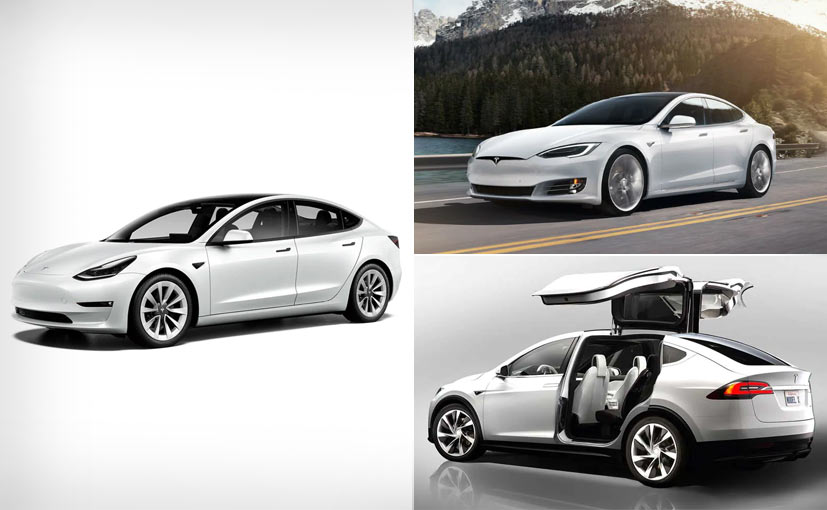 It's about time now when we will get to see Tesla models running on Indian roads. The premium electric car brand is finally going to make its foray into the Indian market after having procrastinated for almost half a decade. For the premium brand Tesla is and given the miniscule size of the electric vehicle market in our country, it will be a task to push for sales but with the company here, there will certainly be a boost to the electric vehicle segment in the country. Let's have a look at Tesla's product portfolio for the global market, which is likely to also make it to India.

The Model 3 is the most affordable Tesla and is likely to be the most imminent launch as well.

The Model 3 is the most affordable Tesla and it is and likely the most imminent to go on sale in India. The Tesla Model 3 is offered in both single motor and dual motor setup. The standard variant which is rear wheel driven has a drive range of up to 423 km on a single charge. The dual-motor variants offer a range of up to 568 km and as far as performance goes, the standard model can clock triple digit speeds in about 6 seconds, while the Long Range variant can do the 1-100 kmph stint in 4.5 seconds. The top of the line version can do the same run in a shade over 3 seconds and that's seriously quick.

The Tesla Model S is one of the sexiest looking Teslas on offer.

The Tesla Model S is perhaps the sexiest looking Tesla and one that gave the brand an identity. It is offered either with a dual or tri-motor set up depending on the variants and trim levels. While the performance model is blisteringly quick and can do a 0-100 kmph dash in 2.5 seconds while delivering a range of up to 623 km on a single charge, the long-range variant does the same run in just under 4 seconds and has a marginally higher range of 650 km per charge. 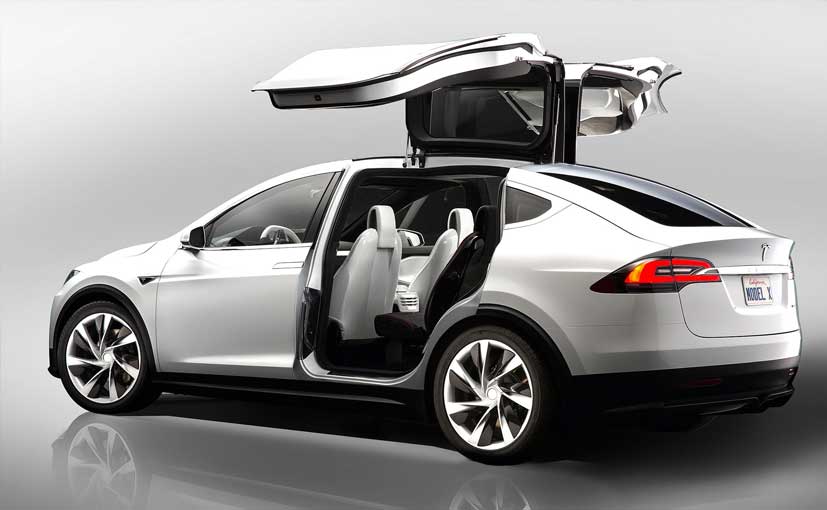 The Tesla Model X is likely to be the only Tesla SUV on offer in India upon its launch.

SUVs remain the trending segment even in electric car market and the Model X is Tesla's answer to models like the Mercedes-Benz EQC and the upcoming Audi e-Tron and Jaguar I-Pace. The 'Falcon Wing' rear doors that open upward are something we all fancy and the cabin itself offers one of the most futuristic looking interiors seen in a car. This one is available in multiple seat configurations and is a big vehicle that boasts of adaptive air suspension and comes with a dual electric motor set-up. Even this is offered in three- variants, with the base 75D trim featuring a smaller battery pack of 75 kWh and the 100D and P100D sharing the same 100 kWh battery pack. The P100D also features the performance motor that makes it one of the quickest and fastest crossovers in the world. The 75D can go up to 417km on a full charge, further reaching a top speed of 209 kmph, while can do triple-digit speeds in from standstill in 4.9 seconds.

The Model Y is Teslas most affordable SUV.

Now Tesla also has the Model Y SUV in its line-up globally which also happens to be its most affordable SUV. But it is likely to be launched in India at a later date, given the excessive demand for the model in other markets where the EV maker is already operational. It borrows about 75 per cent of the mechanicals and components from the Model 3 and feature a comparatively simpler looking interior than the Model X. That said, just like the Model X, it can seat up to seven passengers depending on the seat layout. Available with a dual motor set up, the Model Y comes with a drive range of up to 525 km on a single charge.

The Tesla Cybertruck will have three variants with different electric motor setup.

Moreover, all Tesla models will be loaded to the brim when it comes to creature comforts and will be equipped with features like over-the-air (OTA) updates and other connected car tech. That said, most likely they won't get the Autopilot feature which at the moment is barred at government's end and is still in the testing phase in our country. Keep following this space for more updates on every model.