The charging station which is basically a bus is loaded with the battery, fuel cells, portable batteries and power pack charge. 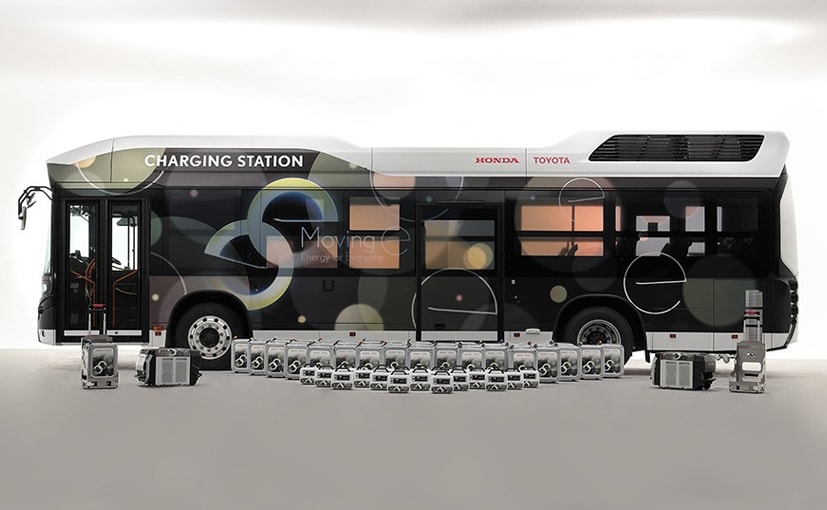 Toyota and Honda have come together to create a mobile power generation output system, called the Moving e. It is essentially a fuel cell bus that carries an enormous amount of power for with hydrogen,  portable output device and portable batteries. Both the companies with begin demos as they test the system's ability to deliver electricity in times of need anywhere and anytime.

It was conceptualised keeping in my mind extreme situations like natural disasters like typhoons which disable the power grid. In the wake of natural disasters, the generation of energy becomes even more important from portable solutions like this. Japan, the home country of both Honda and Toyota where this system is being tested, is no stranger to natural calamities like typhoons and even nuclear disasters like the Fukushima blast.

The Moving e can be utilised as a phase-free system which can be used without any issue of conversion. It can supply power in any affected area as well as in normal times for routine uses such as events like concerts. Post testing the two companies will confirm the actual needs of people and verify the usability of the system.

The bus is being co-developed by Toyota and Honda

The charging station which is basically a bus is loaded with all equipment. It will be driven down to the affected place. The entire Moving e system will act as a power station in whatever may be the impacted location acting as a mobile grid. The Moving e also has portable batteries and power output devices which can be used to feed electricity to electrical appliances. The charging station bus was based on the Toyota FC Bus. It is basically an upgraded bus in the case of the Moving e which has twice as much high-pressure hydrogen tanks that significantly increase the amount of hydrogen it carries, enabling it to feature a high-output and large-capacity power generation capacity (generates 454 kWh with a maximum output of 18 kW).

In the case of an emergency during a disaster, this large capacity enables Moving e to supply the electricity in indoor areas such as an evacuation centre. The large batteries that are inside vehicles are storing electricity generated by the charging station in large-capacity portable batteries.