The Toyota Corolla Cross shares its underpinning with the new-generation Corolla and is based on the TNGA-C platform. It will go on sale in Thailand first, followed by other ASEAN markets. The crossover segment is very popular globally and we have seen more and more automakers introduce products in this space to capitalise on the trend. While Toyota is known for its expansive range of SUVs and crossovers already on sale, the company has now introduced the new Corolla Cross for the ASEAN markets. The Toyota Corolla Cross, as the name suggests, shares its underpinnings with the new-generation Corolla and is based on the Toyota New Global Architecture C (TNGA-C) platform. The new offering competes in the compact SUV segment and is positioned between the C-HR and the RAV4 in the company's line-up.

Also Read: Toyota Etios And Corolla Altis To Be Discontinued From April 2020 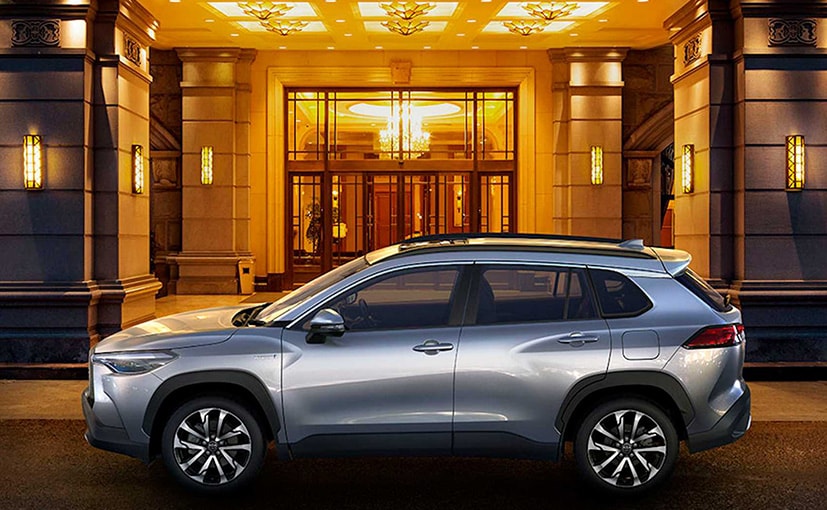 The 2020 Toyota Corolla Cross measures 4,460 mm in length, 1,825 mm in width and 1,620 mm in height. The wheelbase stands at 2,640 mm, same as the C-HR that is also based on the said platform. Visually, the Corolla Cross looks distinctive blending the C-HR design with a more practical appearance. The front profile gets a massive grille flanked by swooping headlights with integrated LED DRLs. Unlike the C-HR, the roofline is more upright and that should make for better headroom in the second row. There are the usual plastic claddings, angular wheel arches and roof rails, intended to for the butch appearance. The pronounced fenders also add to the muscular appearance of the crossover. The cabin is simple and elegant in a typical Toyota arrangement and comes with brown upholstery complemented by black plastics. The model comes with a large floating touchscreen infotainment system that will be equipped with Apple CarPlay and Android Auto connectivity. The blue highlights on the instrument console are likely to be restricted to the hybrid version of the crossover. The Corolla Cross is a five-seater and comes with a boot capacity of 440 litres (with the spare tyre). 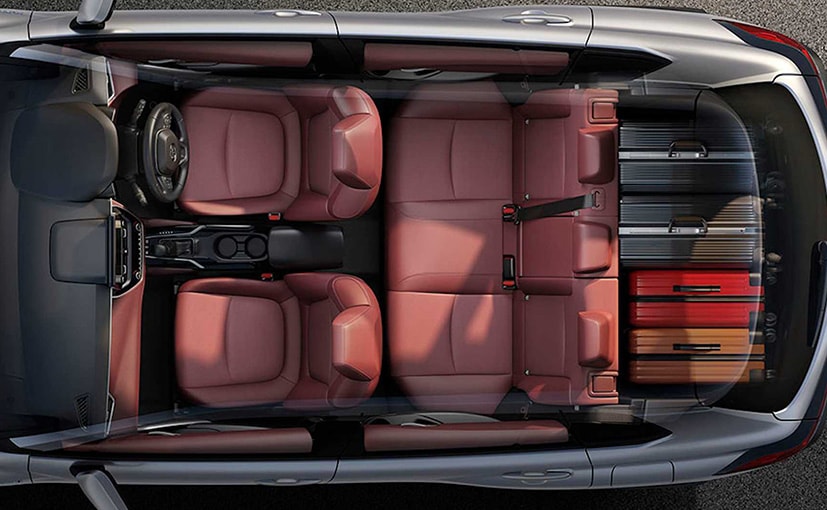 The boot capacity on the Corolla Cross stands at 487 litres without the puncture repair kit, and reduces to 440 litres with the spare tyre

Under the bonnet, the Toyota Corolla Cross is offered with two engine options. The first one is the 1.8-litre 2ZR-FBE petrol engine with 139 bhp and 175 Nm of peak torque, paired with a CVT automatic. There's also the petrol-hybrid engine with the 1.8-litre petrol unit producing 98 bhp and 142 Nm of peak torque, coupled with 71 bhp from an electric motor. The Corolla Cross Hybrid comes with an e-CVT unit. Toyota has no immediate plans to bring the Corolla Cross to India. It will be first sold in ASEAN markets and also head to Europe

The new Toyota Corolla Cross will go on sale in Thailand this year, followed by other ASEAN markets. It will also head to select markets in Europe in the future. The Corolla Cross has not been confirmed for launch in India. The company is missing an offering in the compact SUV space and the Corolla Cross would be an interesting offering in this space. That said, Toyota is readying its Maruti Suzuki Vitara Brezza-based subcompact SUV for launch that is expected to arrive by the end of 2020 or early next year.