Ahead of the BMW R 18 cruiser's official launch, a custom-built R 18 modified by Berhhard Naumann has been unveiled. 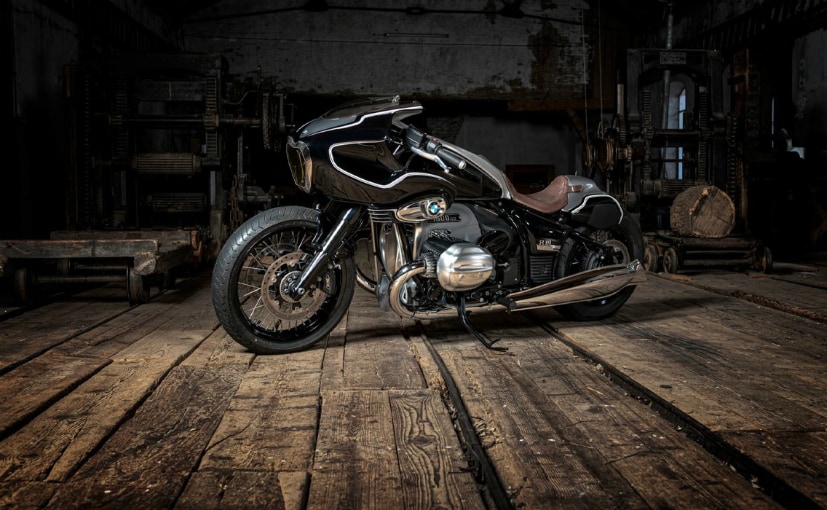 BMW Motorrad has unveiled a factory-commissioned one-off custom version of the upcoming BMW R 18 cruiser. Called the Blechmann R 18, the bike has been built by renowned Austrian custom bike builder Bernhard Naumann, who goes by the nickname 'Blechmann' or 'Tin Man' due to his style of fabricating sheet metal in his bike builds. The latest BMW R 18 custom build follows the earlier BMW R 18 Dragster unveiled earlier this month, built by renowned custom motorcycle designer Roland Sands. Both these one-off custom builds seem to be a strategy to generate interest around the BMW R 18 cruiser, and to underscore the bike's customising potential. 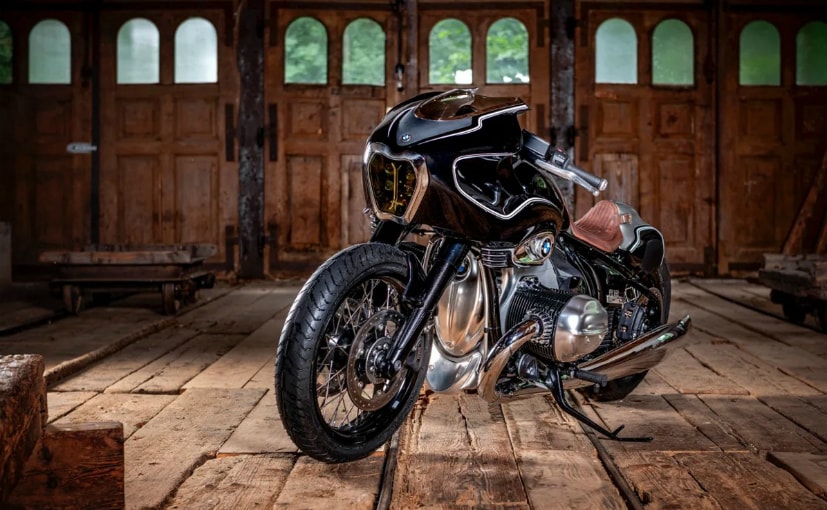 The latest build is dominated by the hand-crafted half-fairing, and a somewhat cafe racer-type chopped styling. The solo saddle is again a fashionable hand-stitched brown leather pad with retro-style buckles, and the face bears a radical new design with custom headlights boasting a kidney-shaped design element, complemented by a sleek black paint job and BMW Motorrad's iconic white pin stripes. The fuel tank seems to have been reworked as well and is now narrower and sleeker. According to Naumann, it took him and his team 450 hours to complete the build.

Also Read: All You Need To Know About The BMW R 18 The Blechmann R 18 is built around the stock 1,802 cc boxer twin, air and oil cooled engine which puts out 91 bhp of maximum power at 4,750 rpm and a massive 157 Nm of peak torque at just 3,000 rpm. The R 18 gets a 6-speed gearbox and the power is transmitted to the rear wheel via a final belt drive, instead of a traditional chain or shaft drive. The BMW R 18 will be launched in India sometime within the next month and is expected to be priced at around ₹ 18 lakh, with two variants on offer.