BMW Motorrad took the wraps off the R18 Dragster, which is essentially a stripped down, tricked out R 18 that is meant to go fast in a straight line on a drag strip. The brain behind the motorcycle is that of Roland Sands, a renowned custom motorcycle designer. 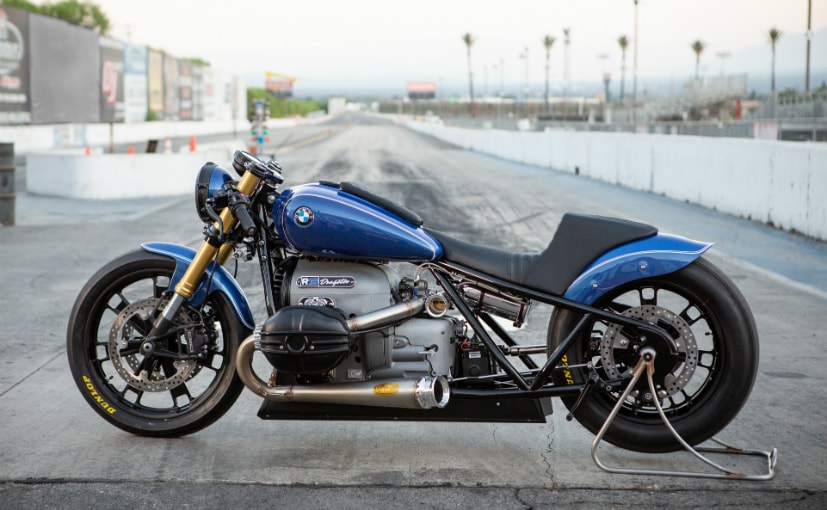 BMW Motorrad recently took the wraps off the BMW R 18 Dragster, which was created by the renowned custom motorcycle designer, Roland Sands. The one-off BMW R 18 Dragster is a stripped down, tricked out version of the R 18 cruiser, which is meant to go fast on a drag strip. Sands says that the inspiration came from old muscle cars and the fact that his father used to be a drag racer back in the day. The design was first sketched on paper and then brought to life by Sands and his team. The whole process took about three and a half months after which the motorcycle was taken to a drag strip. 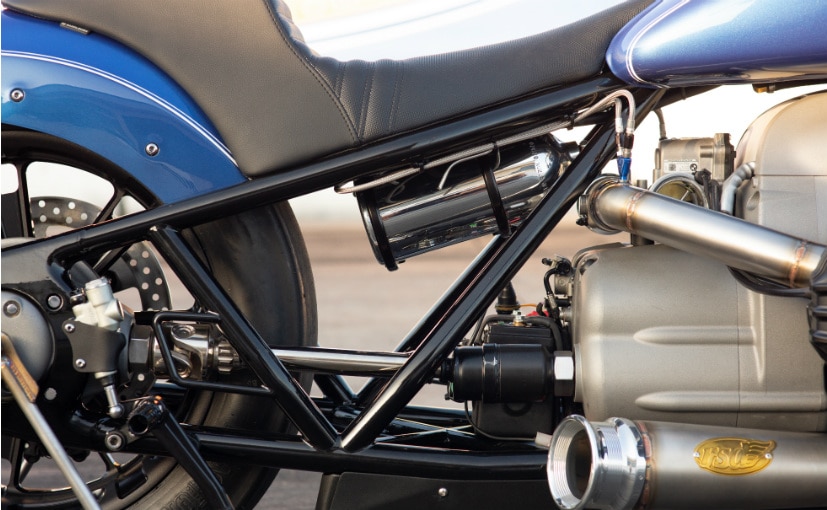 (The stock R 18 was stripped down, had its frame changed, rear suspension removed and got a new exhaust unit as well)

In order to turn an R 18 into an R 18 Dragster, Roland Sands, removed the rear suspension completely and modified the frame. The fenders at the front and rear were modified too, using sheet metal, so as to offer less resistance and still have the silhouette of a retro cruiser. The headlight is the same as on the stock R 18 but uses a new bezel, from a range of milled Aluminium parts for the motorcycle. The stock exhaust on the bike was also replaced with the handcrafted twin megaphone unit, made of stainless steel and Aluminium exhaust tips. 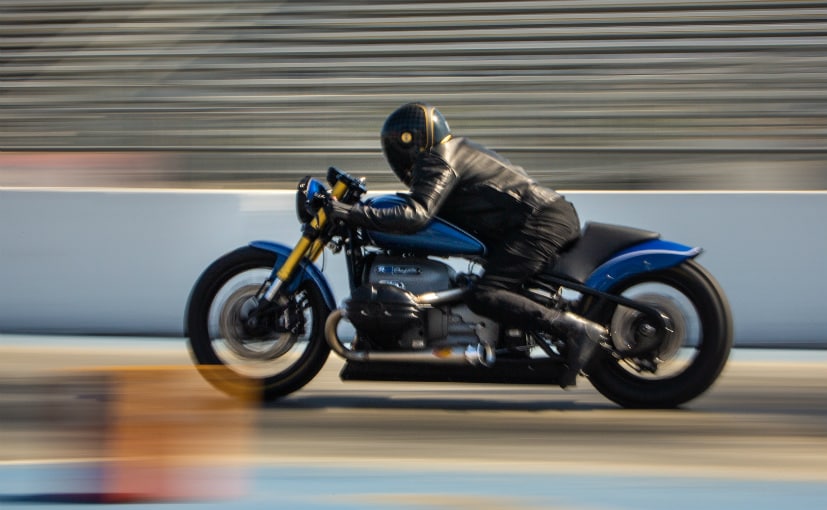 The hydraulic front brake and clutch master cylinders are from Roland Sands Design. The fuel tank is stock and the motorcycle has been hand-painted by Chris Wood, from Roland Sands' team. In terms of cycle parts, the front forks have been taken from a BMW R nineT while the front braking system has been taken from the BMW S 1000 RR. The seat is a custom unit too and has been built by a company called 'Saddlemen'. 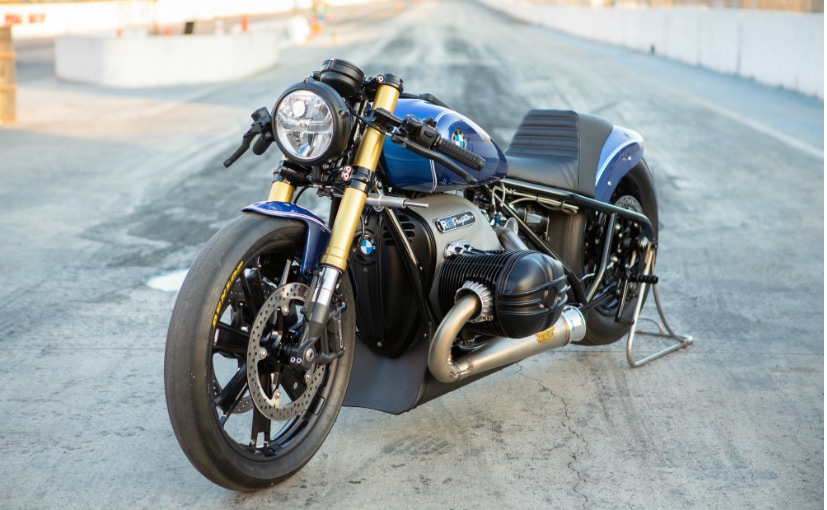 (The BMW R 18 Dragster is a one-off custom project)

The BMW R 18 Dragster uses the stock 1,802 cc boxer-twin engine, and is air-cooled as well as oil-cooled. It makes 91 bhp of peak power at 4,750 rpm and a massive 157 Nm of maximum torque at just 3,000 rpm. The engine is paired to a 6-speed gearbox and employs a final shaft drive instead of a chain drive or a belt drive. And of course, Sands' team also disconnected all the electronics and put in nitrous oxide and changed the intake drastically.