Volkswagen India has officially released an image of the upcoming Taigun's cabin, giving us a good look at the SUV's dashboard, centre console and a section of the front seats. 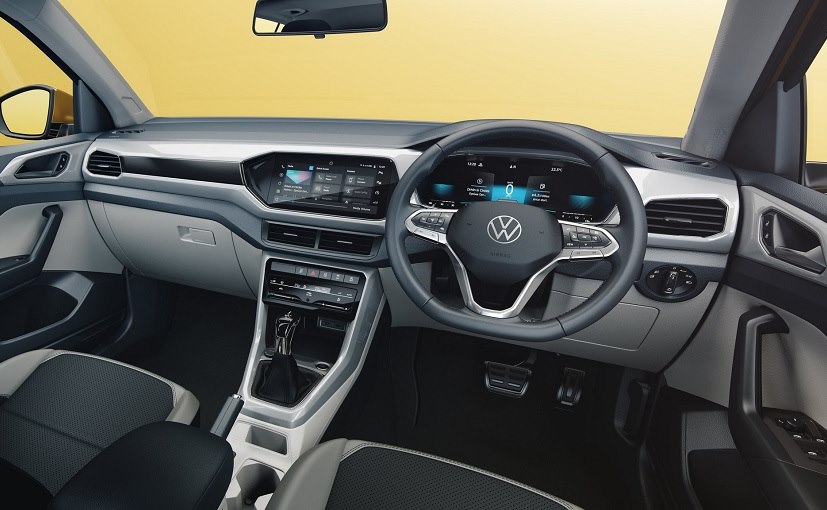 The Volkswagen Taigun has been one of the much-anticipated launches for 2021. Expected to go on sale in India ahead of the festive season, the German carmaker has already revealed a fair bit about the SUV, however, so far the cabin of the SUV was kept hidden. But not anymore. Yes, Volkswagen India has officially released an image of the upcoming Taigun's interior, giving us a good look at the SUV's dashboard, centre console and a section of the front seats.

Been wondering what the New Volkswagen Taigun packs in its interiors? Well, now you can finally give your curiosity some rest.

Presenting the utmost thoughtful interiors of the most-anticipated SUV of the year.

Now, visually, the design and styling are different, but the dual-tone black and grey colour treatment is very similar to that of the T-Roc. The centre stage on the dashboard is taken by the large touchscreen infotainment display, which is expected to be a 10-inch unit, and beside it, we see a large instrument cluster, which is also a fully digital unit. The Taigun also gets a flat-bottom steering wheel with controls for music, telephony and possible cruise control. Overall the cabin comes with some sharp lines and boxy elements, like the air-con vents and the gaps for the inner door handles. Below the central vents, we have more bottoms for other in-car functions, including the air-con system. We also get to see a pair of USB charging ports, a 12V charging socket and an engine start-stop button. The SUV also gets a bunch of storage pockets, a central armrest and two-tone fabric and faux leather upholstery. Volkswagen will also have a GT variant on offer, which will get some plush features and a GT logo on the grille

As for the exterior, the Taigun comes with a blast of chrome on the front grille and even around the fog lamp housing. Enhancing the SUV feel of the vehicle is the skid plate upfront and the plastic cladding on the profile, while the roof rails too make it look a bit taller and upfront, plus we also get LED headlights and DRLs. Volkswagen will also have a GT variant on offer, which will get some plush features like red brake callipers and a big dose of chrome with the addition of features on the inside, and a GT badge on the grille. At the rear section of the SUV comes attractive LED taillights connected by a large LED light bar that adds to the premium design, with the centrally positioned Taigun lettering. 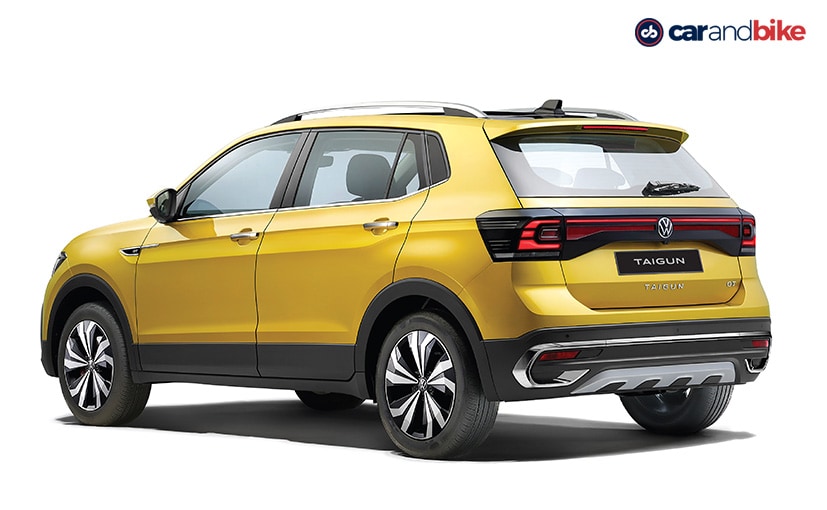 The Volkswagen Taigun will come with a pair of two turbocharged petrol engines - 1-litre TSI and 1.5-litre TSI

Under the hood, the Taigun will come with two turbocharged petrol engines - 1-litre TSI and 1.5-litre TSI. There is no diesel engine on offer. The first one will be the 1-litre engine that also powers the Polo and Vento, and is tuned to make 113 bhp and 175 Nm of torque. It comes mated to a 6-speed manual and an optional 6-speed automatic transmission. VW will also offer a 1.5-litre TSI engine, borrowed from the T-Roc, which makes 148 bhp and 250 Nm of torque and will be available with a 6-speed manual and a 7-Speed DSG.