Here's a list of all the new EVs that are expected to be launched in India soon both by global and Indian four-wheeler manufacturers. 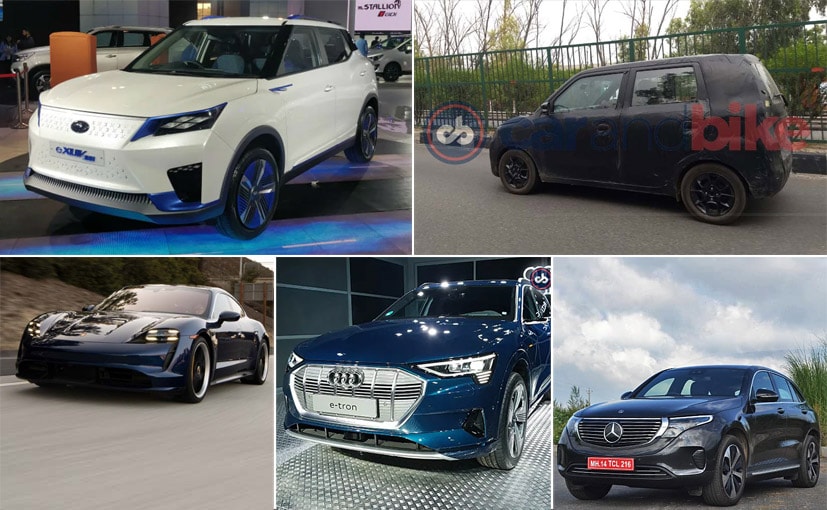 View Photos
Global and Indian carmakers are gearing up to launch EVs in India.

India is one of the most important automotive markets in the world and that could be gauged from the fact that international car models are launched in India within a few months of their global launch. Automakers have been keen on demonstrating their potential to the Indian customers as well and while churning out volumes may not be the agenda at the moment, they definitely want our customers to know about all the next-gen technology their products pack in. Even Indian automakers do not want to lag behind and are playing catch up. There has been substantial investment on electric vehicles (EVs) by some Indian auto majors as well. Here's a list of all the new EVs that are expected to be launched in India soon both by global and local carmakers. 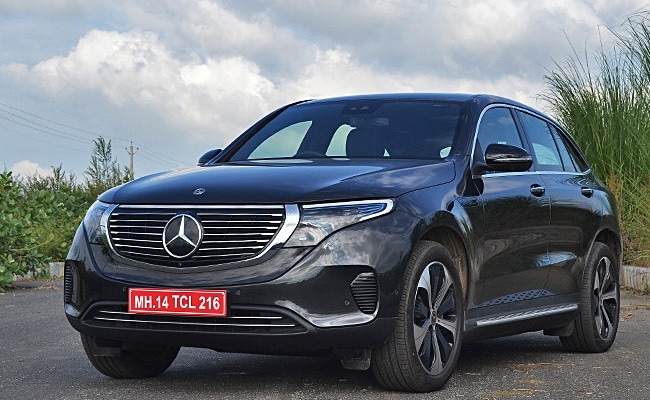 The Mercedes-Benz EQC comes equipped with two electric motors that generate a cumulative power of 402 bhp along with 760 Nm of peak torque.

The all-new Mercedes-Benz EQC is the most imminent launch in the Indian EV market. It will be launched in India next month and will be the first all-electric vehicle to go on sale in the luxury segment. The electric SUV comes equipped with two electric motors that generate a cumulative power of 402 bhp along with 760 Nm of peak torque. They are positioned at the front and rear axles, helping the SUV with an all-wheel-drive configuration. Powering these motors is an 80kW lithium-ion unit good for a driving range of 450 - 4710 km when fully charged. It packs in 384 individual cells and of course is water and dust resistant. In fact, it comes with a warranty of 8 years. Triple digit speeds on the EQC comes in an impressive 5.1 seconds before hitting the limited top speed of 180 kmph. 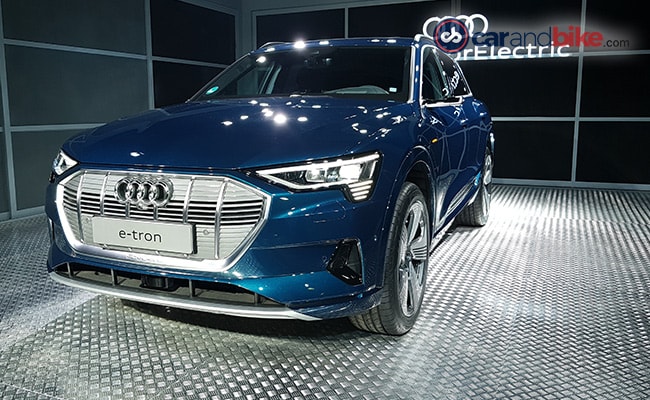 The Audi e-Tron SUV gets two electric motors, one on each axle.

While Audi e-Tron was supposed to be the first luxury EV to go on sale in India, its launch got deferred due to the coronavirus pandemic situation. However, Audi is still sure that it will bring the e-Tron to India and most likely it will go on sale in the first half of 2021. The Audi e-Tron SUV gets two electric motors, one on each axle. The one on the front makes 125 kW while the rear motor makes 140 kW, with the combined total of 265 kW or 355 bhp. The peak torque output is 561 Nm. In the boost mode, the power output goes up to 300 kW or 408 bhp. The Audi e-Tron SUV has a range of 400 km on a single charge according to WLTP cycle and can touch a top speed of 200 kmph. Also, the 0-100 kmph sprint is done in 6.6 seconds in the normal mode and 5.7 seconds in the boost mode. Being an Audi SUV, quattro is standard fitment. The SUV gets 432 cells in 36 modules which are packed together on the floor of the vehicle and have a combined weight of 699 kg with power capacity of 95 kWh. The e-Tron can be charged in close to 8 and a half hours using a normal charging point while a fast charger can fully charge it in just 40 minutes. On a full charge the e-Tron gets a range of 400 km. 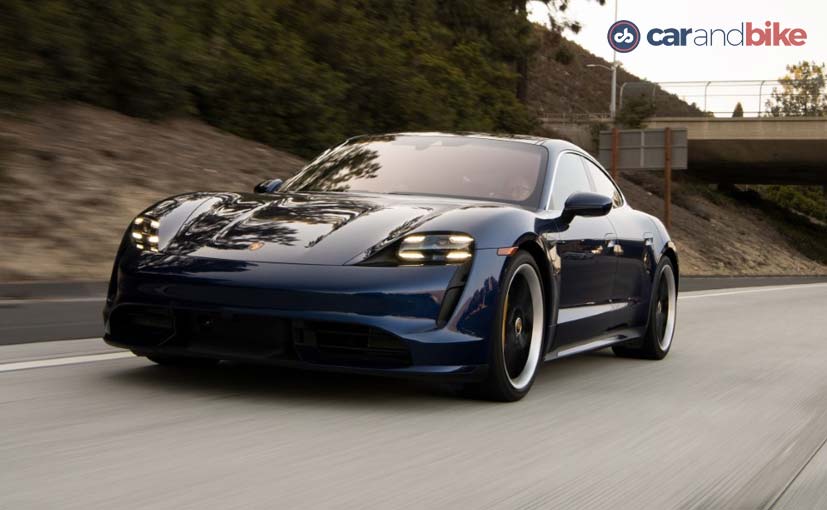 The Porsche Taycan Turbo goes from 0-100 kmph in 3 seconds, the Turbo S does the same in 2.6 seconds.

Even Porsche was planning bringing the Taycan to India this year itself but it's even this plan has been temporarily put off now. There are four output versions of the Taycan- the Turbo with 658 bhp and 850 Nm of peak torque, the Turbo S that is more powerful offering 746 bhp and then the lower spec Taycan variants that put out 520 bhp. The car's 800 volt system uses a 93.4 kWh battery which is housed in the under body to offer better driving dynamics. All wheel drive is standard and also helps with the car's multiple drive modes. Triple digit speeds come in 3.0 seconds in the Turbo variant and even quicker in the Turbo S trim. Porsche has developed a more powerful 270 kW charger that can give you an 80 per cent charge in 22 minutes 30 seconds. 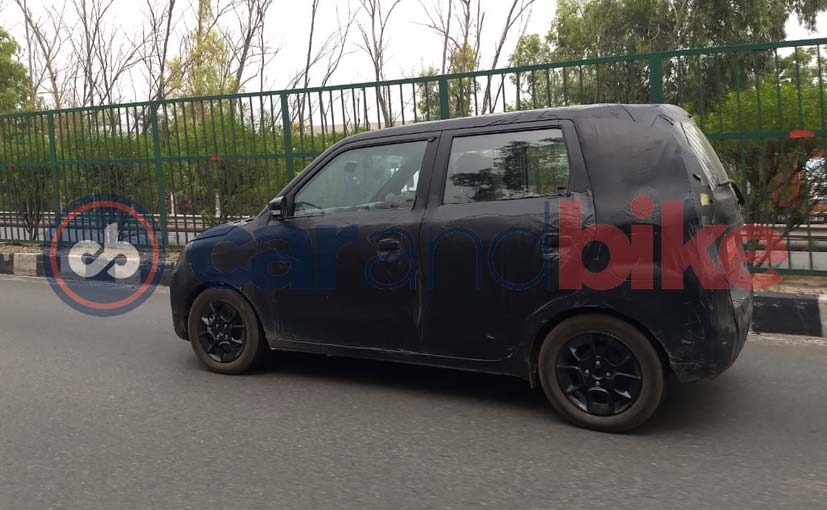 The recently spotted Maruti Suzuki XL5 is expected to be Maruti's first electric vehicle in India.

Maruti Suzuki confirmed last year that it will be retailing its first electric from the premium Nexa channel. It is using the 2018 Wagon R as a test bed for electric cars in India and the electric vehicle program for India is run alongside the Toyota-Suzuki joint venture for development of EVs. In fact, Maruti Suzuki has been testing the WagonR electric for quite a long time and the recently spotted Maruti Suzuki XL5 is expected to be Maruti's first electric vehicle in India which is developed on lines of the WagonR electric.

The Mahindra eXUV300 Electric was showcased at the Auto Expo 2020

We saw the Mahindra eXUV300 at the Auto Expo 2020 this year and it was expected to go on sale in 2020 itself. However, the coronavirus pandemic situation has delayed its plans as well and now its official launch is expected in 2021. The electric motor in the eXUV300 is powered by a 40 kWh battery pack capable of delivering a range of above 300 km on a single charge while the power output is expected to be around 130 bhp.