The Suzuki V-Strom 650 XT is an adventure bike, which has its strengths and limitations, but it can still spring a pleasant surprise. 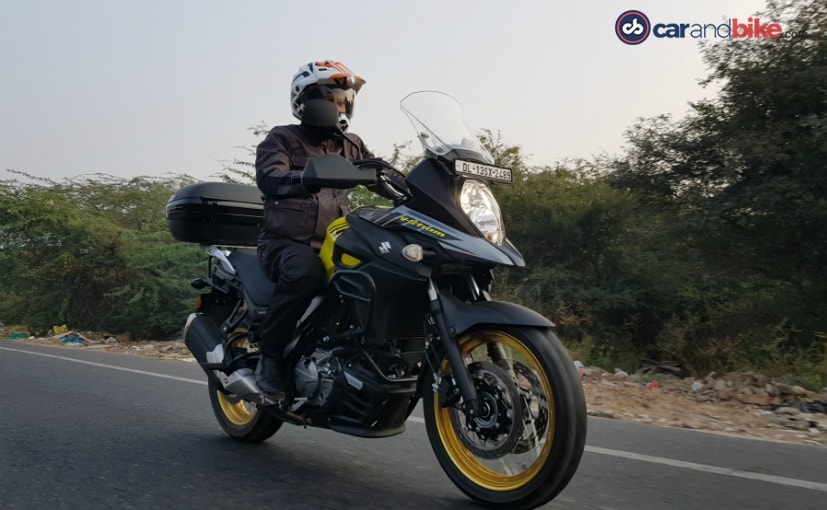 The Suzuki V-Strom 650 has been a very popular name in Western markets, and there's a considerable fan following ever since its introduction in 2004. In India though, Suzuki has only introduced it now, in 2018, as the new Suzuki V-Strom 650 XT ABS. And we get only the top-spec trim - with tubeless tyres on wire-spoke wheels with ABS and traction control. Now, it may have full-size ADV-bike styling, but the V-Strom 650 isn't really a hard-core off-road bike. Why it's loved internationally is not because of its go-anywhere credentials, but more because it's a practical, functional and value-for-money touring motorcycle which is quite the reliable machine. It can be your daily ride, your weekend date and even your occasional long distance touring companion. So, at ₹ 7.46 lakh (ex-showroom) what does the Suzuki V-Strom 650 XT offer then? 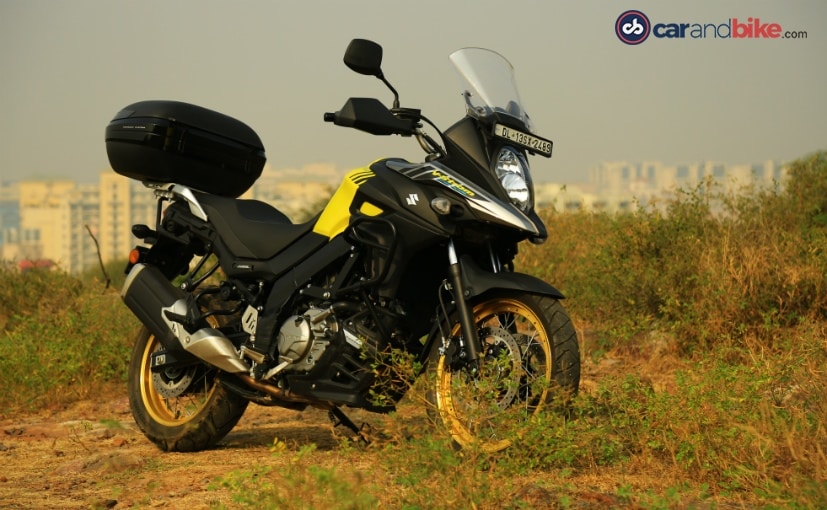 The Suzuki V-Strom 650 XT has full-size ADV bike looks, even though it's a 650 cc adventure bike

The V-Strom 650 XT closely resembles its bigger brother, the Suzuki V-Strom 1000. The design itself isn't exactly path-breaking, or conventionally good-looking, and follows typical adventure bike styling. So, there's that trademark front beak, fat tank shrouds and a vertically stacked headlight, on top of which sits a tall windshield. The windshield is adjustable, but you can't do it on the fly, and you'll need to stop and pull out tools to loosen the screws and adjust the height to your liking. Overall, the design is simple, understated and quite likeable, if not something to ga-ga over. In the electronics package, there's standard dual-channel ABS which cannot be switched off, and a three-level, switchable traction control system. You can opt to switch it 'off', select Level 1 for normal riding and Level 2 for riding on wet roads. There's also a Low RPM Assist system which raises the revs slightly when you let out the clutch to prevent the engine stalling and improve smoothness while crawling in traffic. 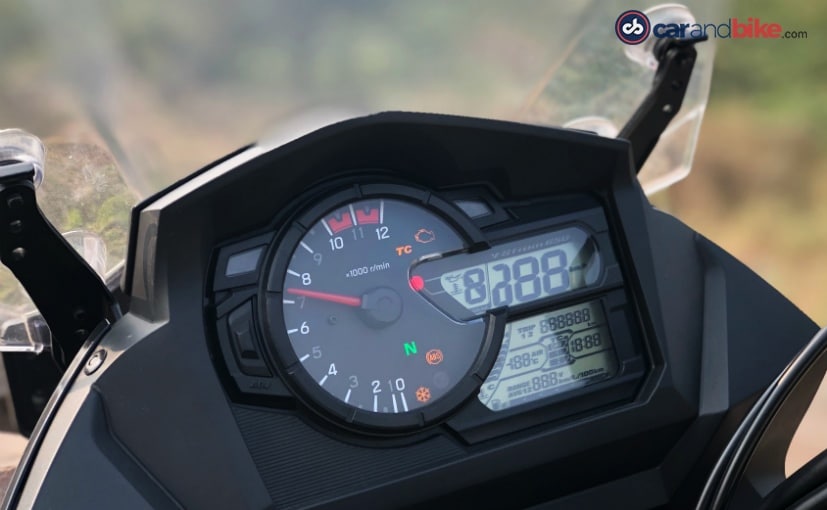 The part-digital, part-analogue instrument panel also underlines the V-Strom 650's simple, functional personality. It's easy to read, with a large analogue rev needle, while the two-part digital display displays a range of information from the speedo, selected gear, ambient air temperature, clock, traction control settings, odometer, fuel range, instantaneous fuel consumption, average fuel consumption and a fuel gauge. It's well-equipped and displays most of the information that you need. And yes, there's also a standard dash-mounted 12V charging point to keep your electronics and navigation equipment juiced up for a long ride, if you wish to embark on one.

There are standard plastic hand guards around the clutch and brake levers, but the material is thin, and doesn't seem like it will provide much protection to the levers in case of a fall. Well, on that note, most stock hand-guards on any adventure bike aren't very robust to begin with. Same goes for the plastic bash plate, which will keep the underbelly safe from minor scrapes, but if you're looking at serious off-road stuff, you better look at aftermarket options to get something more robust to keep that sump safe. But in all, the V-Strom 650 is built well, and fit and finish is top notch. 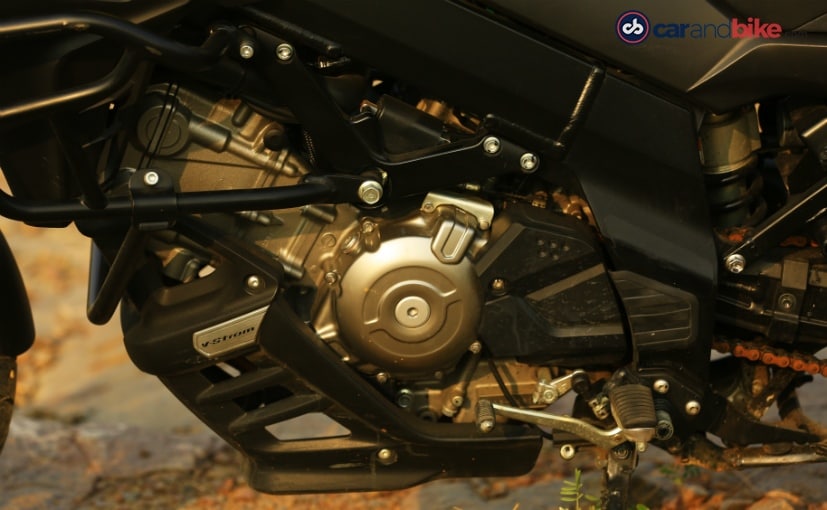 The 645 cc, liquid-cooled v-twin engine is smooth and doesn't run so hot to be bothersome, even in traffic

As the name suggests, the V-Strom 650 is powered by a 645 cc, liquid-cooled, v-twin engine which puts out modest figures - 70 bhp of maximum power at 8,800 rpm and 62 Nm of peak torque at 6,500 rpm. With a slick-shifting six-speed manual gearbox and easy power delivery, it doesn't take too long to appreciate the V-Strom 650's personality. The v-twin motor is smooth, and it has a strong low- and mid-range. In fact, the motor doesn't require too many downshifts; you can play on the torque, and pull comfortably from 60 kmph in sixth gear to proper highway cruising speeds. And no, within the city too, there's no sense of any bothersome engine heat from the v-twin, so you can very well commute on it on a daily basis.Out on the highway, you won't even realise it's 100 kmph, unless you glance at the speedo. It's an easy, refined mill which will get you to 120-130 kmph without breaking a sweat, and cruise at those speeds all day, with some more top end on tap. 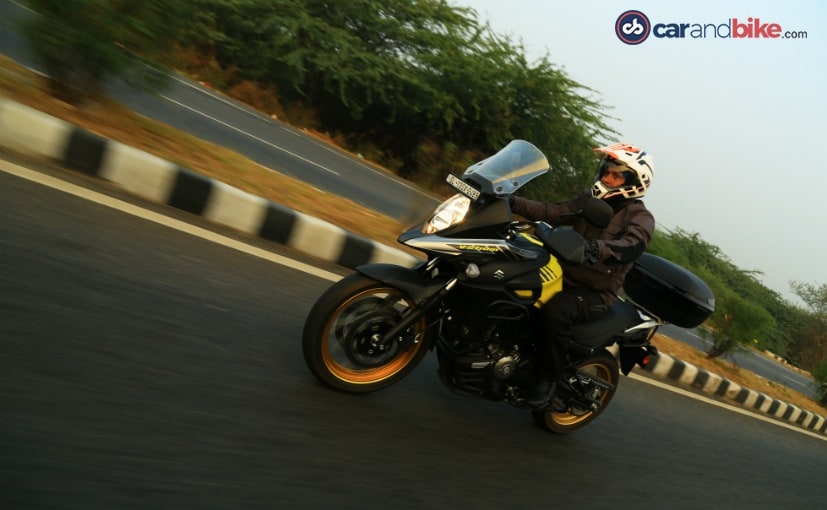 The torquey v-twin runs smooth and without any stress, thumming effortlessly at highway speeds and more

The motor's got a nice-sounding hum, and if you rush it through the gears, there's a faint buzz, but only if you push the revs through the gears, right up to the redline. Ride it for an hour or so, you soon begin to appreciate that this is a well-behaved, well-mannered gent - polite, soft-spoken and with immaculate manners. So, if a bit of that 'bad boy' characteristic is what you're looking for, or that occasional hoodlum trait, the V-Strom 650 isn't that. If you're looking for back-slapping performance, this isn't that bike either, nor is it intended to be. But what you do get is a very likeable and torquey v-twin which will effortlessly cover hundreds of kilometres in a day, and without a shred of strain or stress. 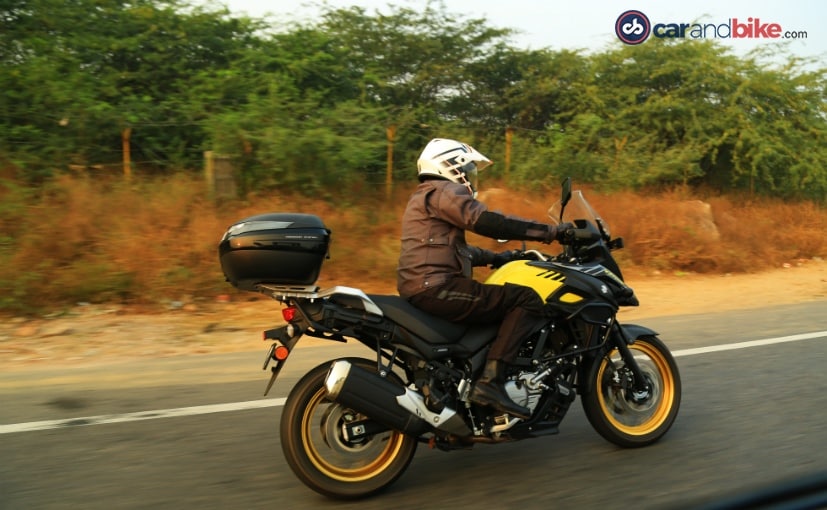 The V-Strom 650's ride is plush and handling is neutral; not exactly sportbike sharp, but its planted and has good road manners

The friendly nature of the V-Strom is also apparent in the seating posture and the rider triangle. You sit upright, and you can reach out easily to the high handlebar, which, by the way, provides a neutral and relaxed riding position. There's no hint of anything sporty, and when the road surface breaks down, the handlebar is easily accessible with you even standing on the pegs. But make no mistake, this is no bike to carve corners with. Where the Strom is happiest is taking on sweeping bends and the occasional long-ish corner; and it absolutely delights in straight line stability, whether within city limits, or out on the highway. At 835 mm, the seat height isn't exactly low, but the narrow waist ensures it's easy to mount and terra firma is easily accessibility too. And that's a big plus in crawling speeds. For riders of shorter height, there's also an accessory low height seat which will lower the seat height to just 815 mm. 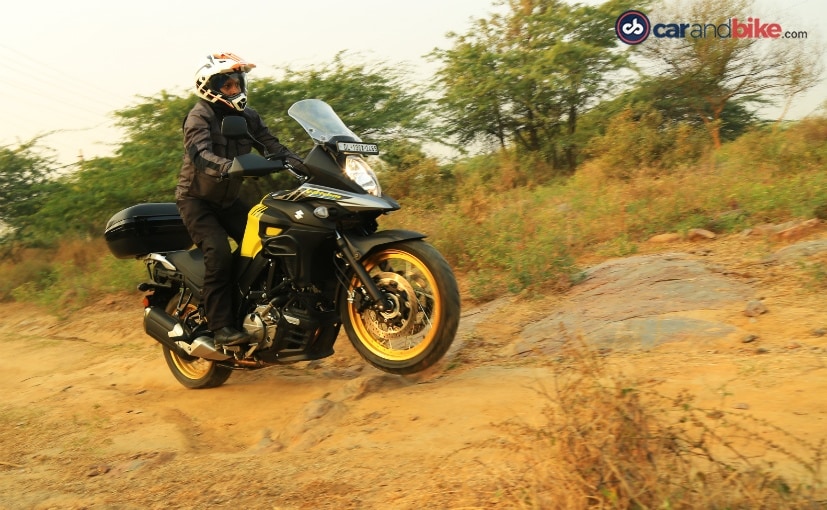 The V-Strom 650 XT may not be a true-blue off-road bike, but it can handle the rough quite easily

The 19-inch front, 17-inch rear wheel combination work well, and minor road undulations, potholes, and speedbreakers are despatched without a whimper. And when the tarmac ends, or is broken, the V-Strom 650 XT can glide over rough terrain quite effortlessly. But make no mistake, the 650 XT may have wire-spoke wheels, but this is no true-blue off-road adventure bike. The limited suspension travel of 150 mm, low ground clearance of 170 mm, and that plastic sump guard may not give it hard-core off-road ability. And with the ABS on all the while, more experienced riders may not get the freedom to lock the rear wheel in the dirt for some real off-road fun. Yes, you can always power-slide with the traction control turned off, but the tyres are more suited for tarmac duties. Sand, hard-core rocky terrain and big ruts may not be the V-Strom 650's playground, and with a 216 kg kerb weight, it's not exactly lightweight for such work as well. At best, this is an adventure bike suitable for tarmac duties, and for some minor off-road manoeuvres when the going gets tough. 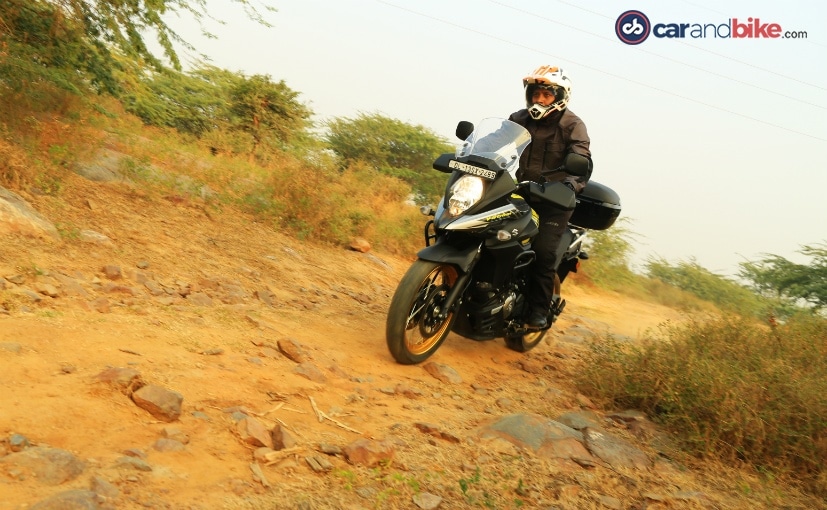 The V-Strom 650 XT has its limitations, but its strengths are its easy accessibility and sweet-natured engine

For riders looking for their first big adventure bike, the Suzuki V-Strom 650 XT may not have the hardware, performance or capability of, say, a Triumph Tiger 800, or a Honda Africa Twin. But where the V-Strom 650 scores big is in affordability and easy accessibility. Our test bike returned fuel efficiency figures of around 23 kmpl, according to the V-Strom's information display. Not exactly frugal, but with a 20-litre fuel tank, that could make you go a long, long way between tankfuls.There's little to complain about this sweet-natured ADV, and it's easy to understand why it's so popular globally, as long as you understand and accept its strengths and limitations. 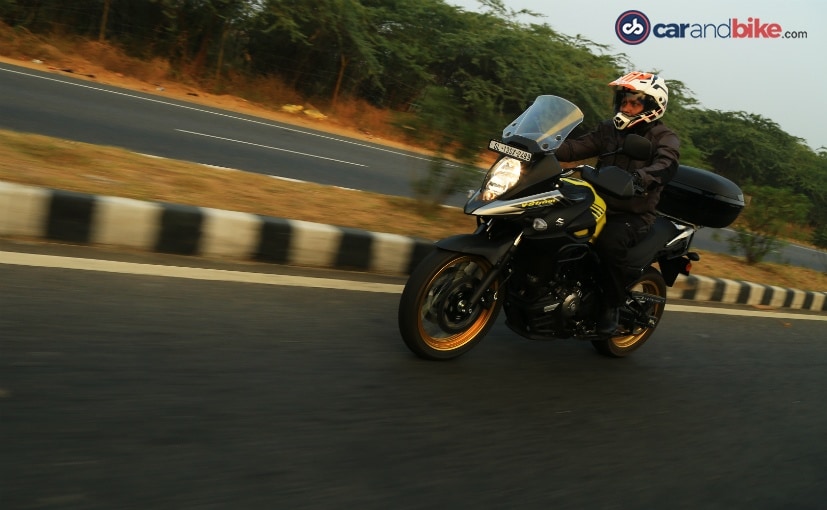 In a way, it's not exactly adrenaline-pumping hard rock, but something closer to smooth jazz, or country music, if that's your kind of scene. So, as long as you understand that there's not going to be any "Welcome to the jungle", you can be rest assured you will be suitably rewarded with an "Easy Like Sunday Morning." So, go on then, take a test ride, this could well be just the adventure bike you've been looking for.