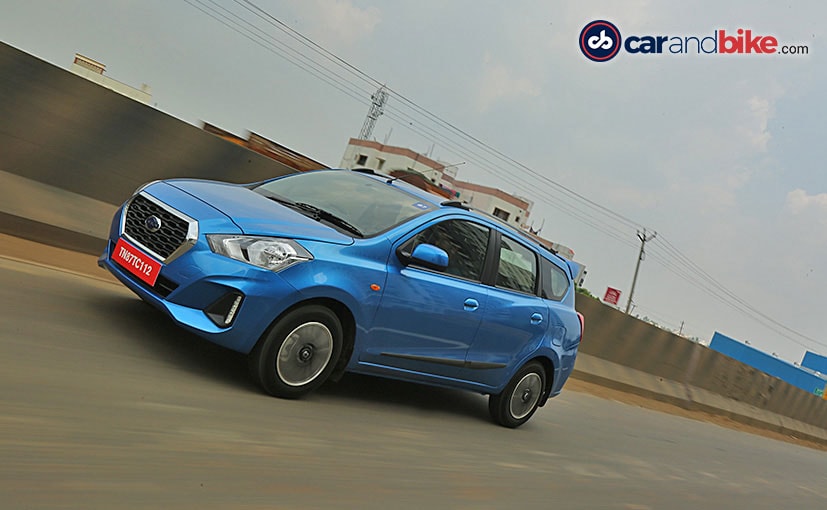 The last we heard from Datsun India was almost a year ago when it launched the facelift of the Go and Go+ and back then we saw a whole bunch of changes made to both the cars. Both the Go and Go+ received updates to the exterior like a new, larger hexagonal grille with fat chrome surrounds, while the new sweptback headlamps came with styling black highlights. The front bumper too was all new and there were bold muscular lines, along with some sharp scooped out sections that housed the new LED daytime running lights. While that certainly made both the Datsun GO and GO+ look trendy, we were told back then that there was an automatic transmission in the making and we all presumed that it will be an Automated Manual Transmission, considering even the Renault Kwid has one. But surprise, surprise, Datsun India had a different strategy in mind. 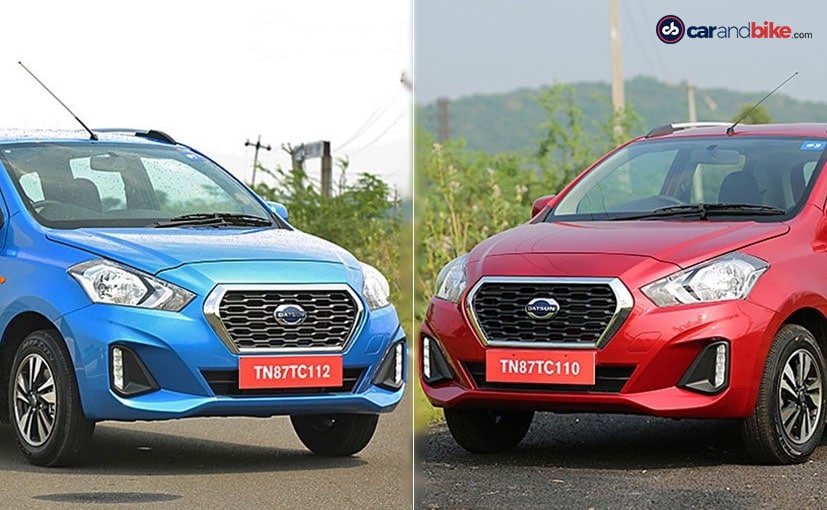 The facelifted Datsun GO, GO+ received some major updates on the cosmetic as well as features front last year

In a segment that has seen a big rise in the sales of automatic cars recently, and of course, the AMT is the dominant transmission used in the entry-level hatchback segment. Datsun India too wanted to cash in on this very trend and that's why for the first time in this segment, you'll see the introduction of a CVT. Yes, both the GO and GO+ will come with a CVT and there'll be a premium attached to the price too and that's because it will only be available in the top two variants T and T (O) and so expect a hike of about ₹ 50,000 over the top end variant. 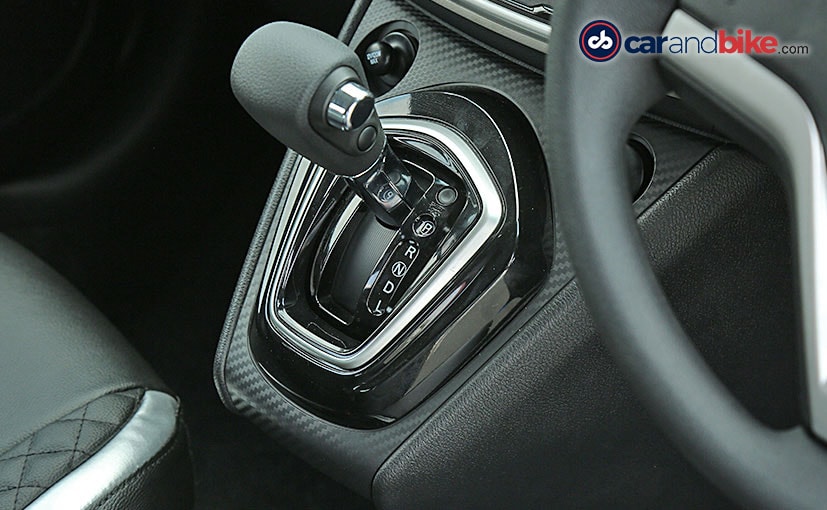 Both Datsun GO, GO+ will now come with a CVT automatic transmission, offered with the top-spec variants

We'll get to the price aspect in a bit, but let's straight get on to talk about how they drive. Let's talk about the GO first then. There are no changes to the engine and it's the same 1.2 litre petrol putting out the same power but while we thought the manual was a bit peppy, the CVT has a fair amount of lag. However, the gearshifts are silent and seamless even and yes it's great fun to drive in and around the city. It's when you're overtaking though that you want more power at your disposal and it just doesn't give you that punch of enthusiasm to push it any further than you already have. It even gets a Sports mode and at the push of the button you expect it to change the way it drives but it's just that the lag gets minimized, and the engine revs right upto 5000 rpm where the gear shifts a little quicker but that doesn't really translate into pace and yes, all those overtaking maneuvers have to be carefully coordinated. What we miss though is a strong foothold for the left leg and some grip would have helped instead of the carpet. 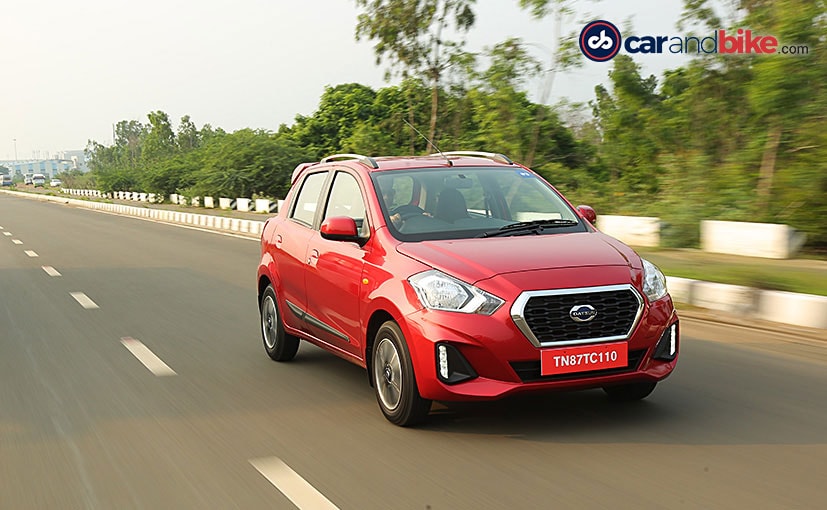 Datsun GO CVT gets the same 1.2 petrol engine but compared to the manual version, the automatic does feel a bit less responsive

It certainly eases the way you drive around, and the CVT is a boon especially for those who commute for 2 hours one way because of traffic and the big takeaway is also the fuel economy which stands at 20.07 kmpl which is more than even the manual transmission (19.72 kmpl) 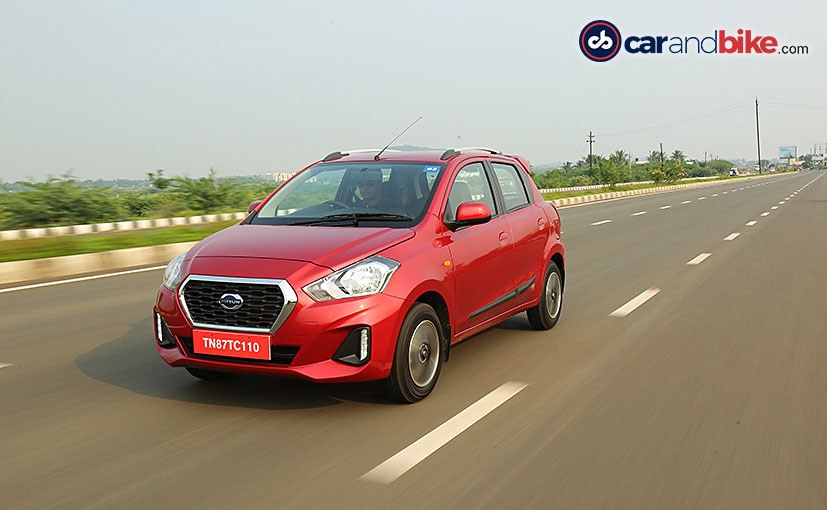 In addition to the convinience of an automatic, the Datsun GO CVT also offers increased fuel efficiency of 20.07 kmpl

That's the hatch then, but what about the one with 7 seats. The GO+ getting a CVT is a big advantage given that its close rival, the Renault Triber is yet to get an automatic transmission, that of course will be AMT. The GO+ is more powerful than the Triber but that CVT really brings its A game. The shifts are smooth and there's no clunking sound when the gears shift. Yes, there's a delayed response to your throttle inputs but it cruises along just fine. There's a fair bit of body roll too but the suspension soaks in all the undulations on the road surface. As far as the performance is concerned you really cannot expect a sports car like performance on this one, can you? It's meant for those city runs and the occasional highway jaunt. 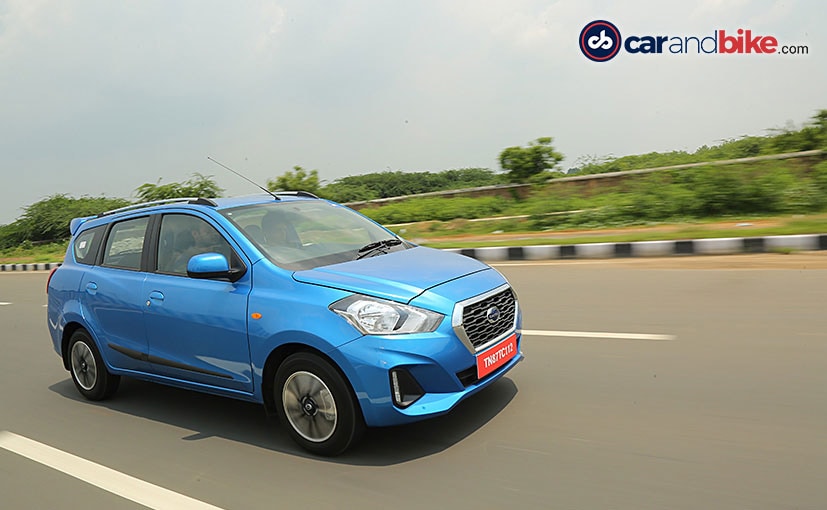 The 7-seater Datsun GO+ CVT is also quite efficient and returns an economy figure of 19.41 kmpl

As far as fuel economy the GO+ with the CVT returns an economy figure of 19.41 kmpl and when you compare that to the manual transmission option ( 19.72 kmpl) you understand how close it really is between the two. While the Datsun GO CVT gets an all-black cabin, the GO+ CVT gets a two-tone black-beige treatment

The cabin and the feature list remain unchanged. But while the Go plus gets a mix of beige and black interiors, the GO gets an all black cabin. Then you have a 7-inch touchscreen infotainment system with Apple Carplay, Android Auto, and there are cubby holes all around. The cabin is spacious and yes, all those skeptical of the plastic quality used, well this is a big improvement over the pre-facelift version. 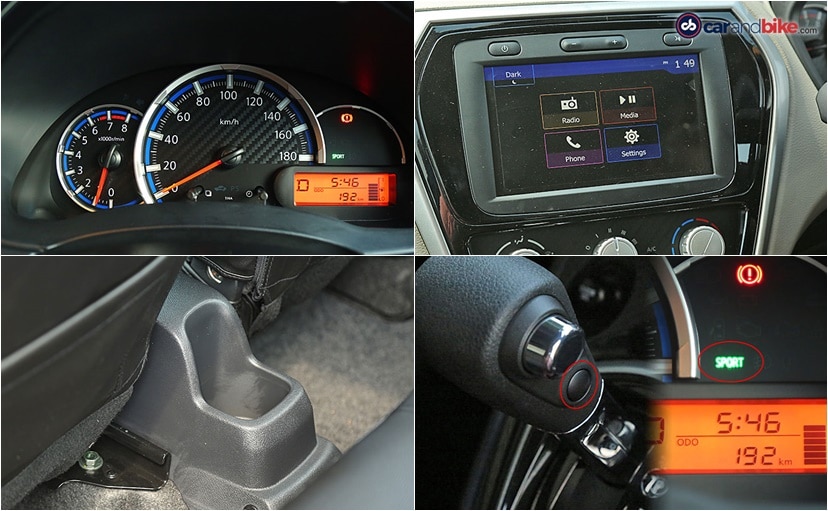 Both cars come with a 7-inch infotainment system with Apple Carplay, Android Auto, and also a sports mode for the CVT

As far as safety features go both the cars come with dual airbags, ABS with EBD and brake assist, rear parking sensors, driver and passenger seatbelt reminder as standard. Both cars are now structurally rigid too and comply with side crash and pedestrian protection regulations which is a big step indeed. 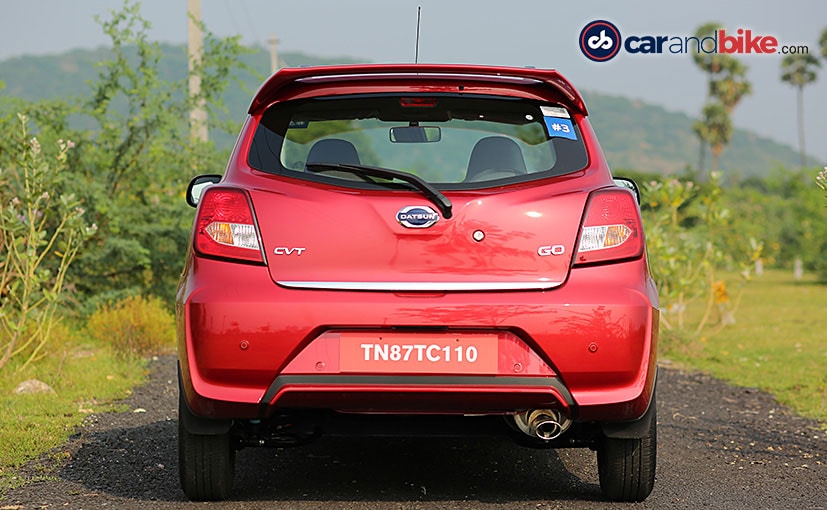 Both the Datsun GO and GO+ CVT get rear parking sensors, ABS with EBD, dual airbags, and driver and passenger seatbelt reminder as standard

It all comes down to the price with the CVT transmission then and that information we don't have yet. What we know is it will be available only in the top end variants of both cars and will have a premium attached to the price. 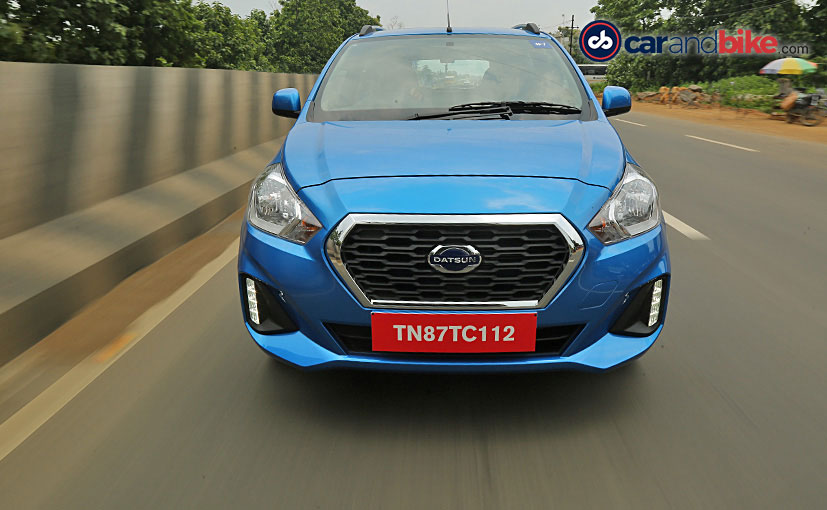 Both the Datsun GO, GO+ CVT are likely to be priced under ₹ 6.50 lakh and will be the most affordable CVT cars in India

But even with the premium price tag, the CVT variants of both the cars will be priced under ₹ 6.50 lakh and that's because Datsun claims that the price tag will make both the cars the most affordable cars with CVTs in the country and that deserves a pat on the back for The company. Why? Because it's just told the rest of the carmakers that CVT is definitely affordable and they need not go the AMT way.