Datsun’s traces of origin date back to 1911 when Kwaishinsha Co. was founded. In 1914, Kwaishinsha Co. launched DAT car, named after the first initials of company’s three investors. Eleven years after the launch of DAT car, Kwaishinsha Motorcar co was renamed DAT Motorcar Co which represented company’s principles: Durable, Attractive and Trustworthy. Foreseeing the sluggish demand for passenger cars back then, the company also got indulged in constructing trucks.  A year after DAT Motorcar Co was established; the company merged with Jitsuyo Jidosha Seizo Company and was called DAT Jidosha Seizo which became affiliated with Tobata Foundry in 1931. Tobata designed a mass product- “DAT-son” which was later changed to ‘Datsun’ after Jidosha Seizo Co. took over operations for producing Datsun cars from the Tobata Foundry Co. In the same year, Jidosha Seizo Co. became Nissan Motor Co, Ltd and started exporting Datsun cars to Australia, Latin America and Asian countries. Japan’s first mass production automobile unit was inaugurated in 1935 and several Datsun models were rolled out from the assembly line. Gradually in 1981, Datsun brand was phased out, by then Nissan had sold 20 million units in around 190 countries. Thirty years after Datsun brand was discontinued, Nissan proclaimed its re-launch in emerging markets including India, Russia, Indonesia and South Africa. In July 2013, Datsun brand was relaunched in India with the launch of Go hatchback.  With a promise to build low-cost, high value products for customers, Datsun India has rolled out budget hatchbacks and a mini-van so far.

Datsun India offers a total of 3 car models. The list of Datsun cars in the country comprises 2 hatchback cars, 1 muv car. The manufacturer offers 19 petrol variants. Some of the popular Datsun cars in India include Datsun Redi GO, Datsun Go+, Datsun Go. As of May 2020, Datsun has a total of 210 dealerships spread across 119 cities in India. Check Datsun car prices, read Datsun car reviews, watch videos, compare Datsun cars with cars from other manufacturers and get news alerts from CarandBike.com

Datsun has finally launched the facelifted 2018 GO and GO+ in India and we recently got to drive both the cars. The 2018 Datsun GO and GO+ both come with improved styling, more features and better...

We recently got to drive the upcoming Datsun redi-GO AMT ahead of its launch this month. Powered by Datsun's 'Smart Drive Auto' AMT system, the new redi-GO AMT promises to offer the comfort of an...

The Datsun redi-GO will now be available with a 1-litre engine and yes, it's the same as the one on the Kwid delivering the same amount of power, 67 bhp and same torque 91 Nm. Datsun calls this...

We drive the all new Datsun redi-GO in Kolkata and here is how we feel about it.

The Datsun Go is the next hatchback to enter the Indian market. New, as it may be, to India, Datsun has a rich heritage and the Go will be the first car among many to come to India. I drive it to...

We drive Datsuns first hatchback in India - the GO. It looks a good car indeed, but does it have what it takes to survive in this competitive market? We drive it to find out.

Datsun Go - A look at what to expect

Datsun GO does look like a good enough alternative to the regular names from the hatchback segment.

If you are looking for a family car that is affordable, spacious and fuel-efficient, the Datsun GO+ might fit your requirements. But the two things that might disappoint you are - noisy cabin and...
Read More Expert Reviews 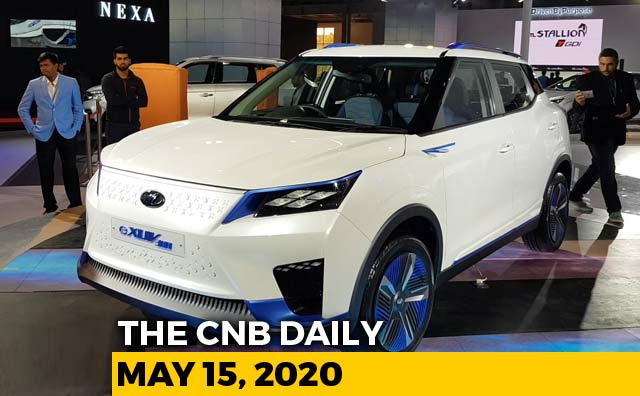