The most powerful beast in the BMW India lineup is the X5 M Performance SUV. Add the Competition tag and things get even more exciting. 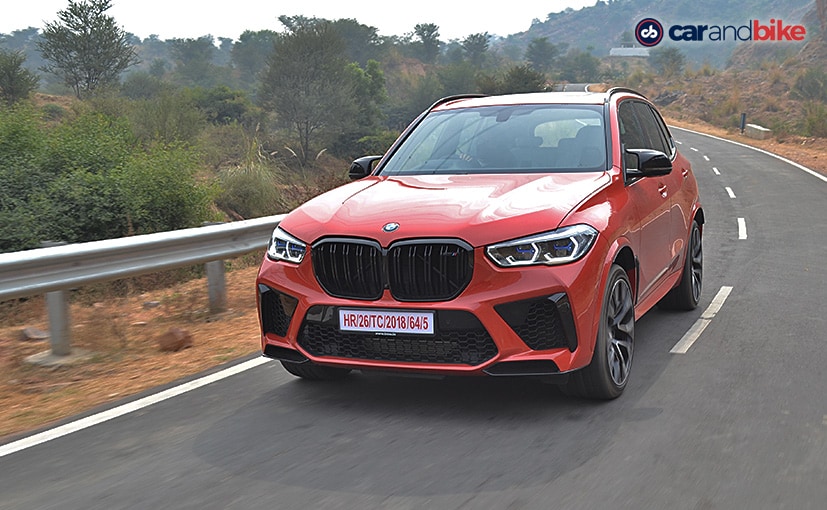 View Photos
The BMW X5 M Competition is the even more potent avatar of the powered up X5, and that's what India gets

Imposing looks. V8 engine. And a badge to send a chill down your spine. That is the all-new BMW X5 M Competition. The even more potent avatar of the powered up X5, the Competition gives you an addition twenty-five horses over the 'regular' X5 M. The good news is that unlike the past, India gets the juiced up version, and not just the BMW X5 M. I have already spent a substantial amount of time with the new BMW X5 M Competition earlier this year in Arizona. And the first thing I can report is that we get exactly the same car. The fact that my test car today is a fiery orange monster (as opposed to the dark blue I drove last time) just helps get my adrenaline flowing. 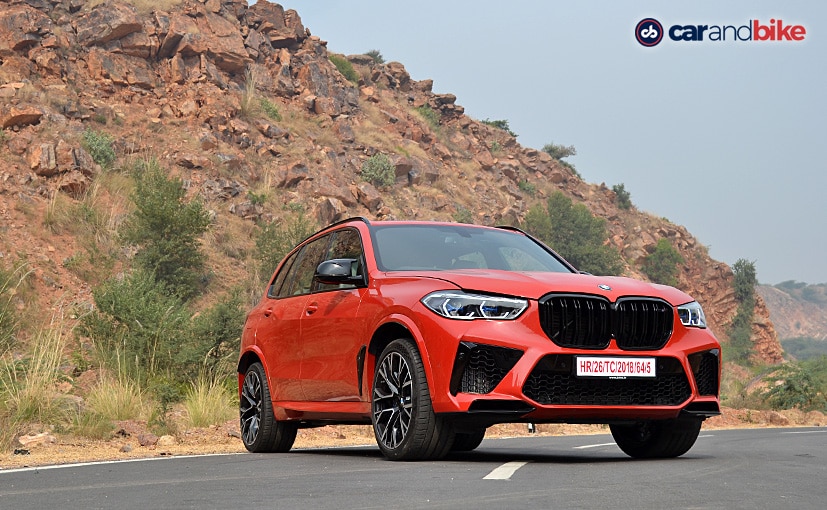 The looks are imposing, with the blacked out bits, the high gloss paint, and the more aggressive bumpers, skirts and aerodynamics - over a regular X5. Unlike the X3 M which also drove in recently. The X5 M looks way sharper and more lithe, despite being bigger. The proportions of the X5 lend well to the M avatar too. The look is definitely more aggressive, and all the blacked out bits look super sexy - making the hulk look a bit more lithe too. It gets larger air intakes, aerodynamic mirrors, a rear diffuser and two pairs of twin exhaust tailpipes, the M-badged gills on the side panels, a rear spoiler, and it is 21-inch wheels up front, 22-inch at the rear. And do I really need to tell you I simply LOVE the colour on my test car? I spent a whole week with it - and could not stop taking pictures of it almost every one of those seven days! Oh, it is called Toronto Red - though it's more tangerine. You have an option of grey, white, two black finishes, a bright blue and a dull gold. 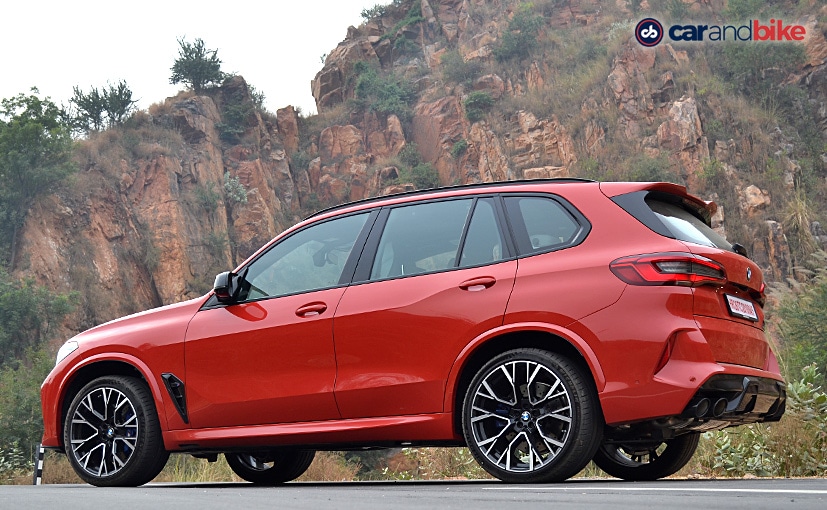 The X5 M looks way sharper and more lithe, despite being bigger, and it gets 21-inch wheels up front, 22-inchers at the rear

Okay, so the extensive drive I did with the X5 M Competition before already had me salivating, and so I think I will begin today's drive with a heavy foot, straight off the bat. If it is a sense of liberation and exhilaration you seek, nothing more sublime than the X5 M Competition to help you get there. The car's engineering is simply brilliant. And as I told you in March, despite the size and weight, this car will do things you will not expect. This is one of those physics defying SUVs. It does everything you want it to - almost like a sports car - just sitting much higher! All the electronics that are at work counter any feeling of bulk or roll, and it makes you feel like you just are one of the best drivers around. It's flattering and it's fun. And yes - it is the car, it is not you! The 4.4 litre V8 is refined, and roars to life. It gives you not just massive amounts of power, but also tonnes of torque. The gearbox is as you'd expect - quick and effortless. 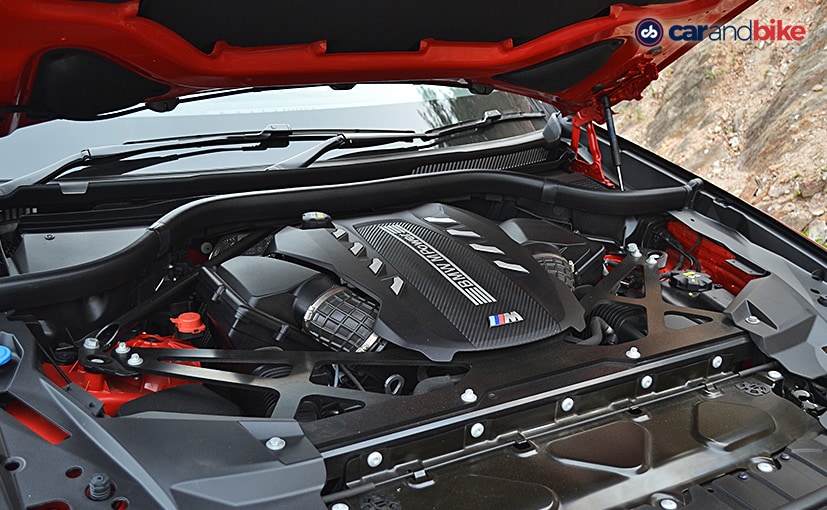 The BMW X5 M Competition gets a 4.4-litre twin-turbo V8 petrol motor that develops 617 bhp and 750 Nm of peak torque

The paddle shift makes the gear changes even more fun. The X5 M Competition has an M-specific chassis, and that means it also has an adaptive M suspension with variable damper control. The all wheel drive is also the M xDrive - which gets a special offroad mode. The car's active M Differential, M compound brakes with ABS and stability control, active roll stabilisation and M Servotronic steering are also all standard. The power delivery maintains a rear bias but the xDrive will service whichever wheel needs most traction in real time - and flawlessly I might add. You can customise the throttle, gearshift and even programme the M1 and M2 shortcut keys on the steering. 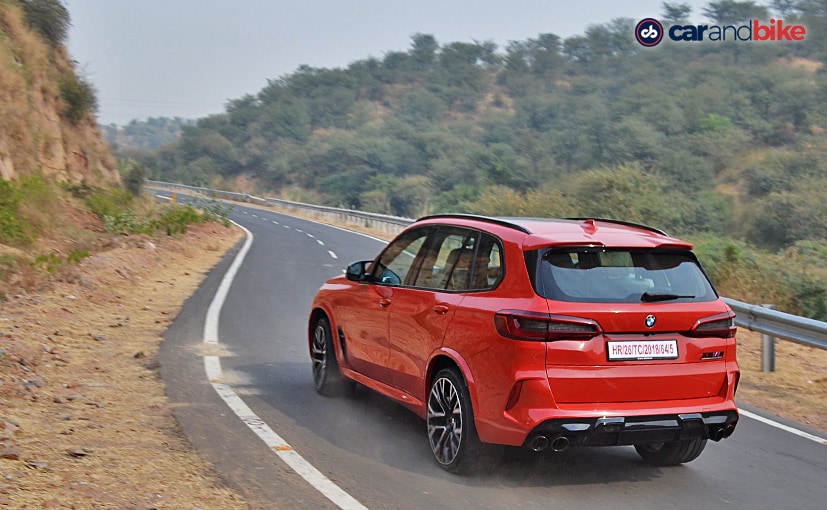 The X5M is loud, but will not split your ears - especially on the outside. There is a button on the central console between the front seats that lets you make the pipes louder or not - even if the car is not in Sport. The ride quality is pretty good - while stiff, it is never hard - even in Sport mode. And that's a relief - given our roads. And also how hard the X3M's setup feels for instance. Steering is excellent on the X5 M Competition and the car's handling matches its sharp response - despite the proportions as I said earlier. 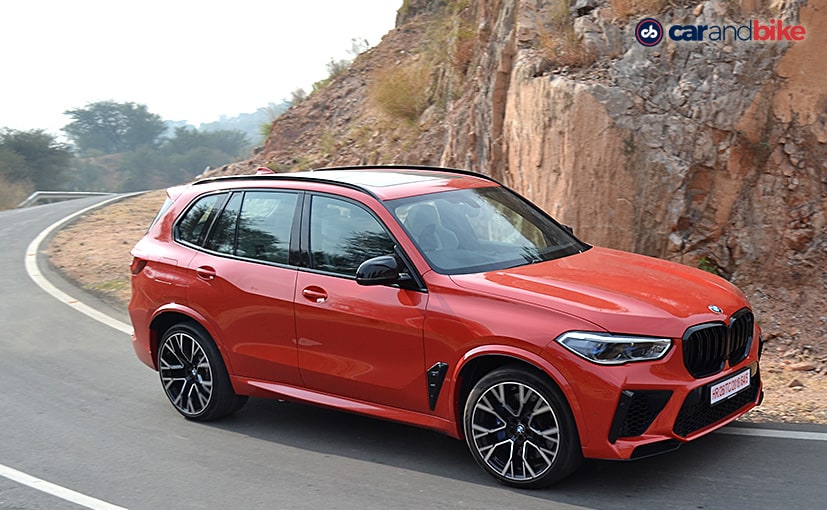 As you can expect - any an every safety tech known to the BMW Group can be found on the X5 M Competition. So you get everything from side and front airbags up front, head airbags for the front and rear. ABS (anti-lock brakes), cornering brake control, stability control side impact protection, ISOFIX for child seats, tyre pressure monitoring, three point seatbelts with pretensioners for all occupants - and belt force limiters for the front seat belts, are all standard. 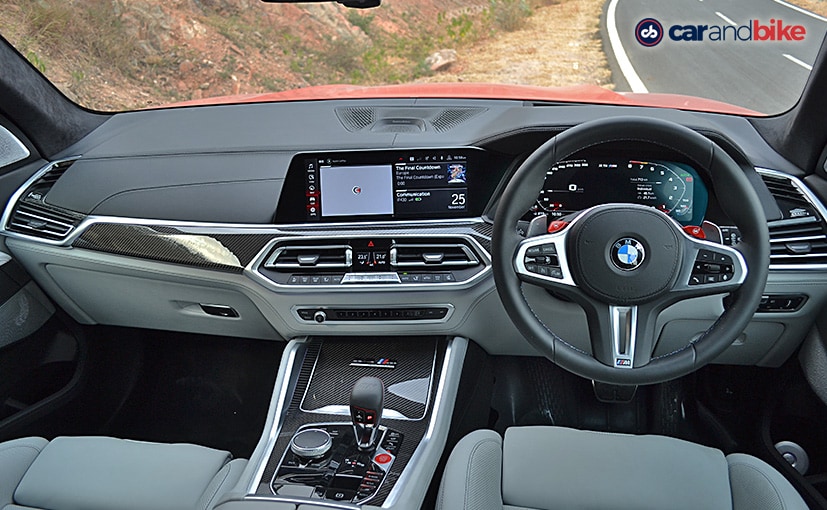 The BMW X5 M Competition's fit and finish is very good, and it also offers great ergonomics and comfort

The cabin is superbly finished, both in terms of materials and palette. The best part of the cabin is how everything feels like it just belongs - making ergonomics and comfort also pretty darned perfect. All the latest gadgets, wireless connectivity and charging, and safety systems - are standard on this car anyway - I don't really have to tell you that. And that includes multiple airbags, crash sensors and Isofix. 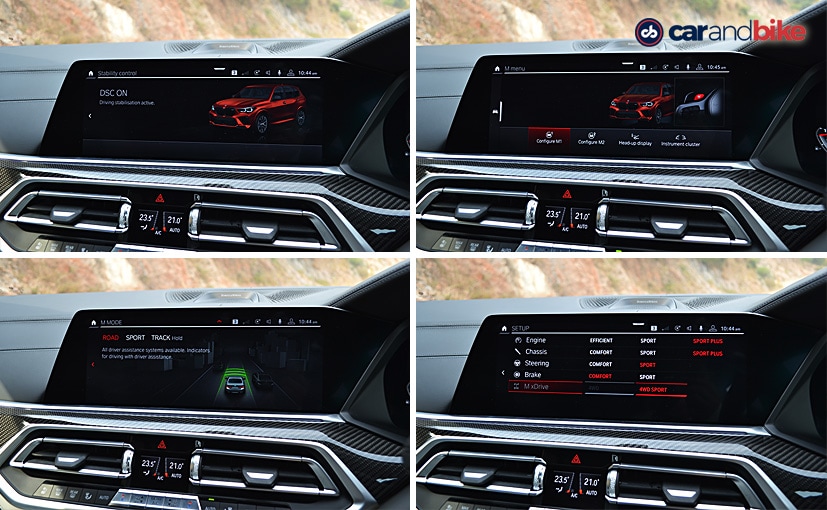 The X5 M Competition offers wireless charging for your phone, and you can also use Apple CarPlay and Android Auto wirelessly

The big touchscreen and latest iDrive work excellently. There is wireless charging for your phone, and you can also use Apple CarPlay and Android Auto wirelessly. And while none of that is hat you'd buy an M model for, I suppose it is nice to know it's all there!

The BMW X5 M Competition has been launched at ₹ 1.95 Crore - that is about ₹ 10 lakh higher than I had predicted. But even so it is not a difference that will matter to a buyer at this end of the market. It takes on the Range Rover Sport SVR and Mercedes-AMG GLE 53 Coupé.