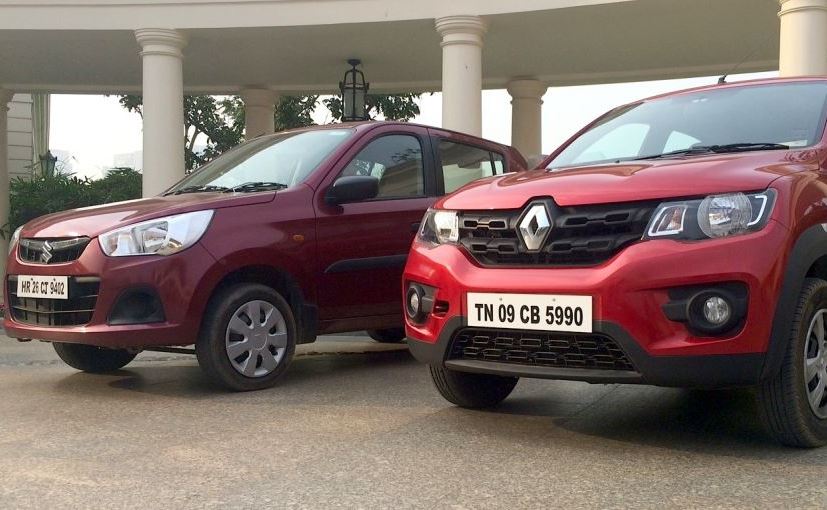 When the Renault Kwid was first shown to us a few months ago, it seemed a bit hard to believe really. The promise was of a small affordable car, and yet what we saw looked like an ample hatch - styled like an SUV! At the time, Carlos Ghosn (Renault's global CEO) had also promised prices that stayed between Rs 3 and 4 lakh. As it turned out that was a googly, because the Renault Kwid was eventually launched at Rs 2.56 lakh, and tops off at Rs 3.53 lakh! Those are near-identical prices to the Maruti Suzuki Alto 800, and lower than the Alto K10's. The Alto K10 does offer the AMT option - something the Kwid promises to get in the new year.

So prices aside, is the Renault Kwid really the car to take down the mighty market leader then? Well, Hyundai has tried with a competitive package in the Eon - but it has not set the market on fire, and is certainly not a steal price wise either. And that is a car from India's second largest carmaker; the only one with the scale to really try and take on Maruti Suzuki isn't it? So did Renault stand a chance? Well the Kwid is substantially different as a product and that is where the opportunity lies. 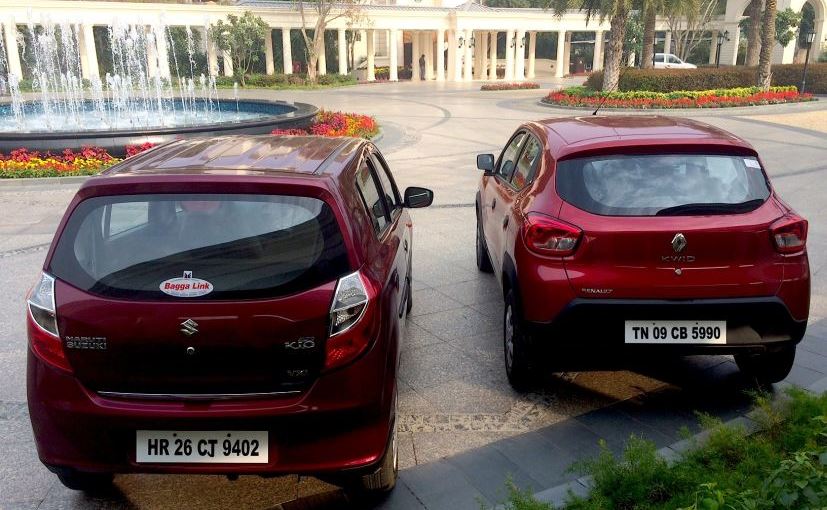 Let me tackle this piece by piece. First up the looks. Put the Maruti Suzuki Alto 800/K10 next to the Renault Kwid, and it looks like a no-contest situation! The Alto family got new looks last year, but the Kwid easily stands out as the more ample, tougher, contemporary and different design. This was intentional, and the SUV cues will only help win over more buyers. The larger size and bigger haunches means more cabin space too. Inside, the two cars you find a use of plastic-y grey all around (unlike the Eon's smart two-tone dash). But the Kwid's top-end model features a large touch-screen with navigation and Bluetooth - which is a big step up in this segment. The Kwid and Alto both offer an optional driver-side airbag, but Renault insists the Kwid is crash-test ready, while we know the Alto is not. However, I have no way to substantiate Renault's claim, as no tests have been carried out to my knowledge. The Renault Kwid's rear seatbelts are also not retractable which is not great in my book, but the car can certainly accommodate more people (5 with ease) and more luggage (300-litre boot is class-leading) than the Alto could.

Both cars have a 3-cylinder 800cc engine, but the Renault churns out 53bhp while the Alto has 47bhp on tap. The Maruti Suzuki Alto K10 of course gets a larger engine with an output of 66bhp. The Kwid holds its own - and while the engine is a bit clattery, it comes across as refined and ready to go. At take-off the car seems more stable than the Alto, however it's not electric. The Alto's gearbox and steering are two aspects where the Suzuki's experience with small cars shines through. The Kwid's gearbox feels sluggish and its steering is not very precise - almost emphasizing the car's bigger size by feeling a bit cumbersome. 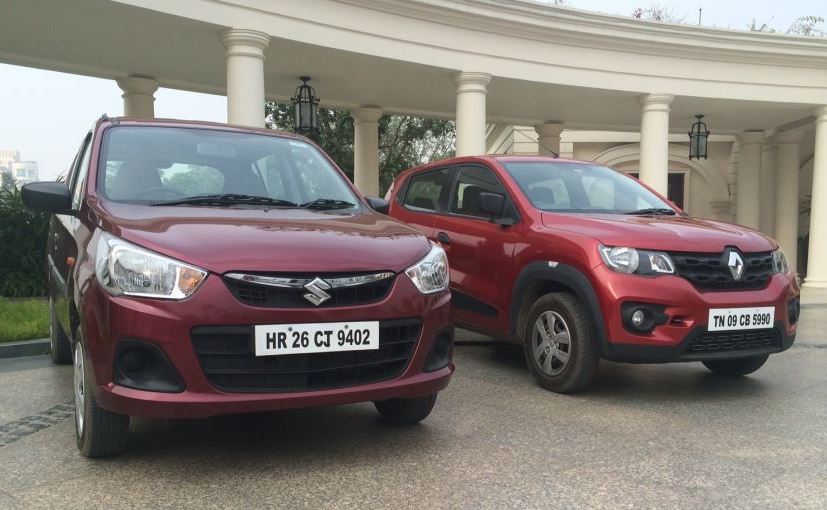 But where the Renault Kwid races ahead of its rivals is in the handling and ride departments. The Kwid feels mature and solid - taking bad roads in its stride and also cornering with much more confidence than the Maruti Suzuki Alto. Ride quality comes across like a bigger car's and that is despite the fact that it is not a very heavy car in the first place. The Alto feels clunky and primitive by comparison. Occupant comfort was never considered a very big deal for any first time car buyer - because the existing cars came short on space and ride. The Kwid will change that benchmark - and if buyers take to it in a big way it will mean the rivals will need to go back to the drawing board with greater earnest!

So it seems like I was prejudiced against the Alto at the very start. The Renault Kwid came into this competition very much the better, bigger, more modern product on paper, and so it must be that on ground too, right? Well I drove both cars extensively and even gave Maruti's Alto K10 AMT a shot before making up my mind. Yes it's a no-brainer on the one hand, but just how much the Kwid has been able to do is what makes the story exciting. It is exciting because the Kwid will be the benchmark - staying on cost, but offering a more modern car than this segment has seen in a while. That will only mean the segment will stay hot, with more value and better quality coming down the chain to the buyer. So, I happily crown the Kwid as the new king of the small car space. With a very keen eye on what Maruti Suzuki and even Hyundai will bring us next!

Also Read: What You Need To Know About Renault Kwid Compact Car