Mahindra and Mahindra is all set to launch its new flagship SUV - the XUV700 in India this year. Based on the company's new W601 SUV platform, it was earlier believed to be the new-gen XUV500, however, now we have been told that the XUV700 be the official replacement for Mahindra's popular 7-seater SUV. Replying to our query regarding future production plans for the XUV500 in India, a Mahindra spokesperson said, "With the launch of XUV700, we will stop production of the XUV500." The SUV is slated to be launched later this year.

Based on a new monocoque platform, the new XUV700 takes things a few notches higher. Claimed to come with all the latest world-class safety features, the XUV700 will be offered in both petrol and diesel engine options, with manual and automatic transmissions choices, along with optional All-Wheel-Drive (AWD) capabilities. Based on the spy photos we have seen so far, the new XUV700 will come with features like option electronic parking brakes, and Advanced Driver Assistance System (ADAS) as well. Other features we expect to see are at least 6 airbags, ABS with EBD, ISOFIX child seat mounts, all 4 disc brakes and more.

The cabin of the new Mahindra XUV700 will get a large, Mercedes-Benz-style single unit screen, which will get split displays for infotainment and instrument cluster. Spy photos have also shown that the interior trim itself is treated in stitched faux leather inserts, and it comes in a dual-tone black and beige combination. The features list is likely to include - a new flat-bottom steering wheel, satin-finished interior grab handles, and wide air-con vents with chrome bezels. The SUV is also likely to come with features like - Apple CarPlay and Android Auto, automatic climate control, a sunroof, and we won't be surprised if Mahindra decides to offer a wireless charger as well. 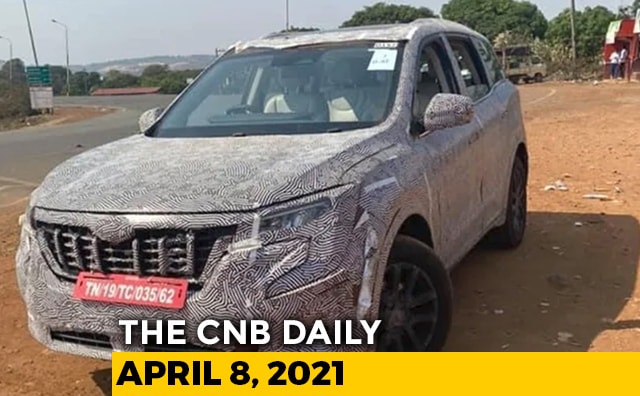