The 2021 Lexus LS gets subtle upgrades on the cosmetic and feature front but it will take some concentrated effort to check out what the differences are. 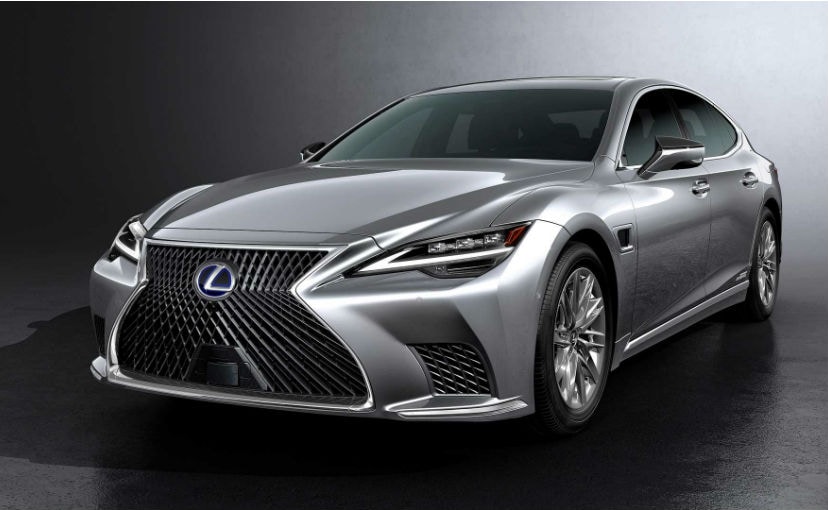 Japanese luxury carmaker Lexus has revealed the 2021 LS facelift. The flagship sedan from the automaker gets its first mid-cycle refresh after the fifth-generation model was introduced in 2017. The 2021 Lexus LS facelift brings subtle styling upgrades to the sedan, while the cabin has been updated with more tech and comfort over the outgoing model. The LS is one of the more regal and elegant choices in the segment, and the facelifted model will make its way to India as well in the future. 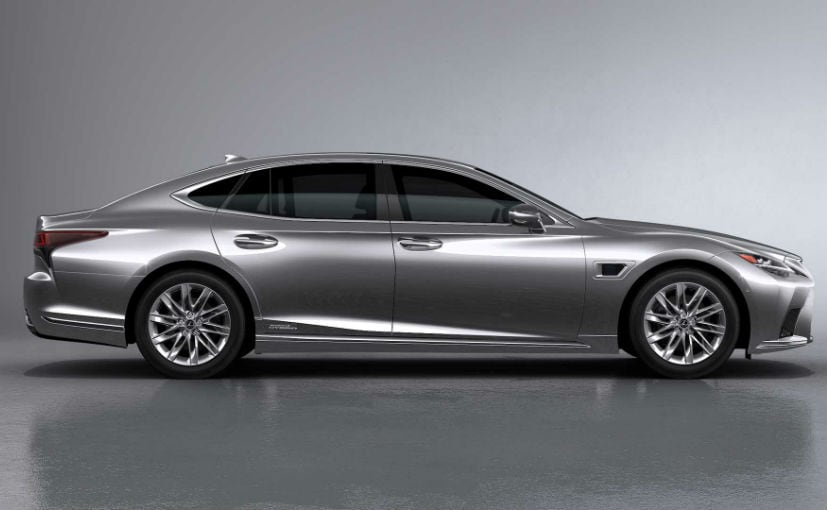 Cosmetic upgrades on the 2021 Lexus LS facelift are extremely subtle yet add to the refreshed look on the luxury sedan. There's the new 'Gin-ei Luster' or extraordinary silver paint scheme that offers a new mirror-like smooth texture. The headlamp design has been revised with the L-shaped LED daytime running lights now integrated into the cluster. The unit also uses the new adaptive high-beam system (BladeScan AHS) that first debuted on the 2019 Lexus RX crossover. The front bumper has received some mild tinkering with new vertical character lines around the edges, while the spindle grille looks more prominent and now holds a radar sensor module with its own washer. The sedan has been revealed in the F and the LS 500h trims with the chrome finish on the grille replaced by a piano black finish. The sedan also comes with a choice of new 20-inch alloy wheels. 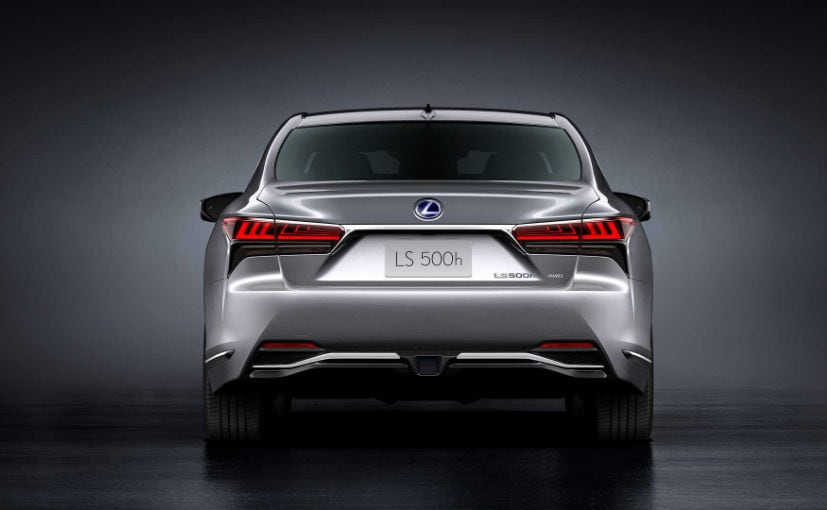 Inside, the cabin is nearly identical to the current version. However, the 2021 Lexus LS does get a new high-resolution display for the rearview mirror along with the new black finish for the controls on the steering wheel and the centre console. The massive new 12.3-inch touchscreen infotainment screen now includes quick access to the heated seats and steering, while the system itself has been updated with Apple CarPlay and Android Auto connectivity. Lexus also says that the seats offer deeper stitching points and there's low-resilience urethane for the seat pads to improve comfort. The new seats are softer than before and also absorb vibrations, according to the company. The automaker has optimised the adaptive suspension the new LS for better ride quality along with the stabiliser bars and engine mounts. 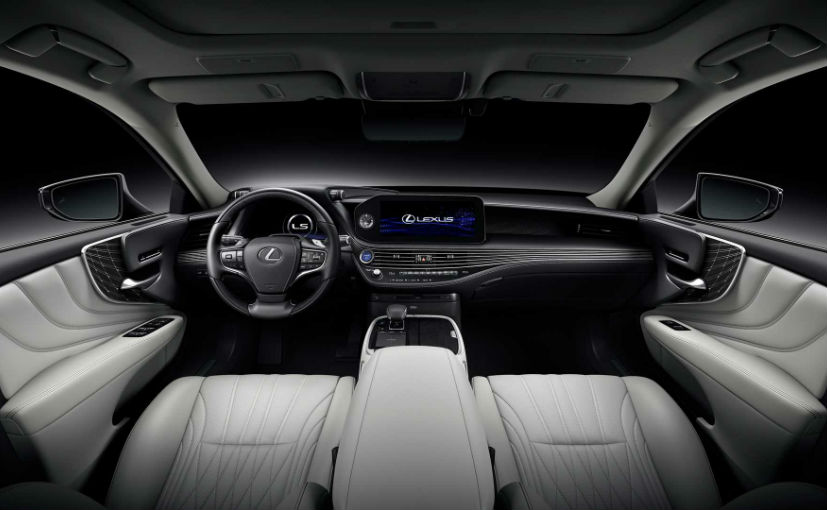 The cabin remains identical but gets the new 12.3-inch touchscreen infotainment system with Apple CarPlay and Android Auto integration

Lexus says the petrol-only 2021 LS 500 now gets improved low-end torque and a quicker transmission that also requires less-frequent downshifts. Meanwhile, the 2021 LS 500h gets a reworked hybrid system that will kick-in more often for better acceleration. Power continues to come from the 3.5-litre V6 motor. The car will come with Active Noise Control and Engine Sound Enhancement systems for a quieter cabin. The 2021 LS will also come with new driver assistance systems including Park Assist, lane-keeping function, lane changing function, overtaking assist and more. The automaker calls the new driver aids suite as Lexus Teammate and the systems will also improve with over-the-air software updates in the future. 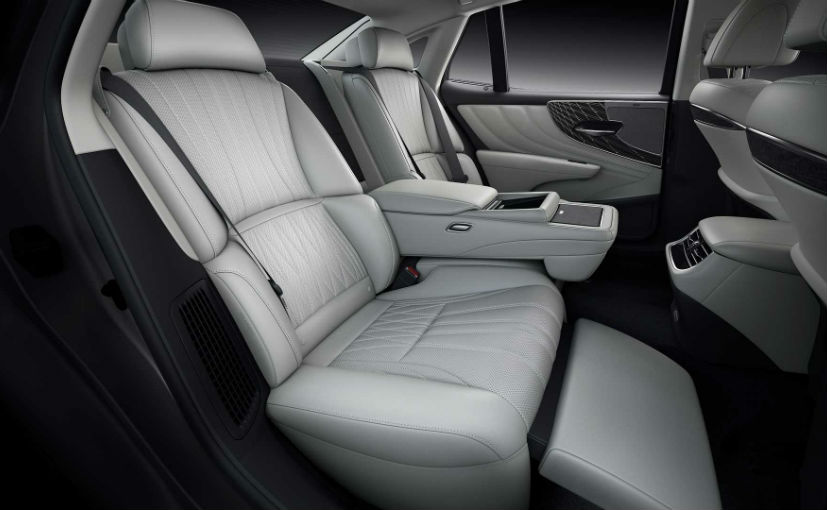 The 2021 Lexus LS facelift will go on sale in Japan towards the end of the year, while it will debut in other markets only next year. Expect the LS facelift to arrive in India sometime next year and it will only be the hybrid version making its way to the market to replace the current model. The new LS facelift will take on the German trio including the BMW 7 Series, Audi A8 and the new-generation Mercedes-Benz S-Class (W223) that is scheduled to be revealed later this year with production to begin in September 2020.