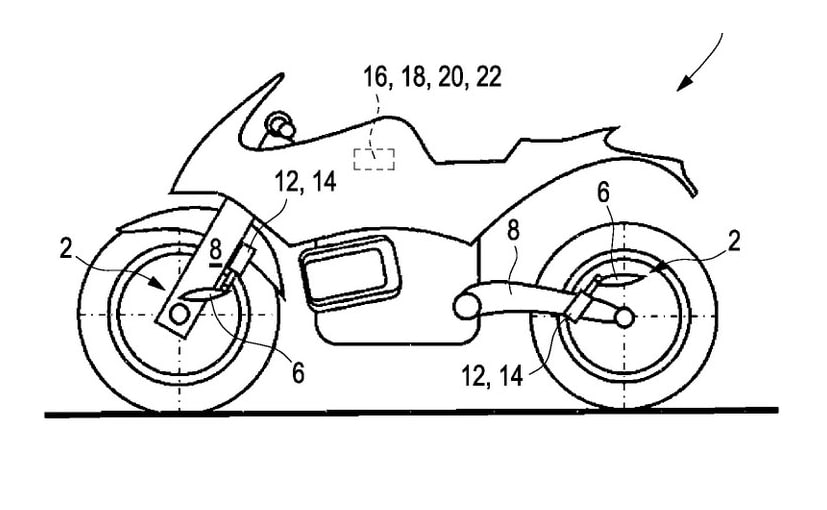 BMW Motorrad has filed patent applications in Germany showing an active aerodynamic winglet system for motorcycles. The system shown in the patent images reveal moving aerodynamic surfaces at both the front and the rear to alter the drag and downforce as needed. The system allows each of the four winglets to move independently under the control of the bike's on-board computer, using inputs like throttle position, brake force, speed, acceleration, lean angle and pitch to determine the best way to maximise grip without additional drag. 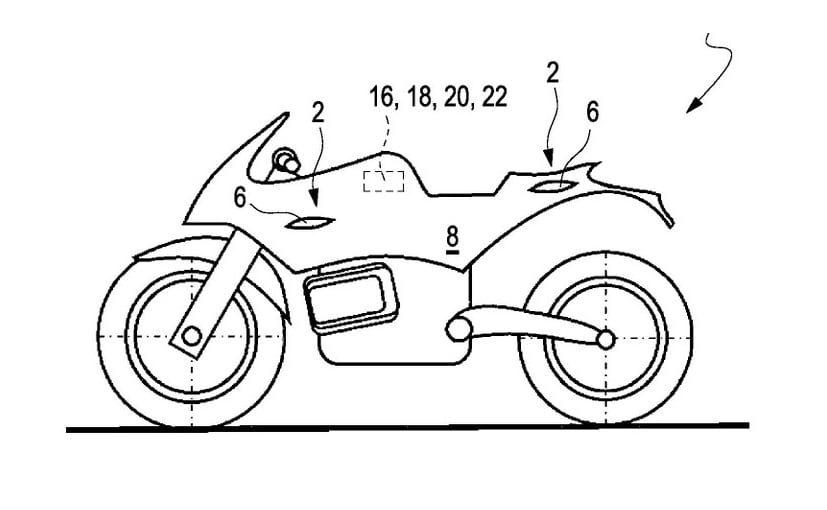 The patent images show simple illustrations showing the outline of the motorcycle, with front and rear winglets mounted on the suspension, as well as on the bodywork, such as MotoGP inspired winglets. Such movable winglets won't be allowed in MotoGP, but BMW isn't looking to race in MotoGP, but possibly looking to introduce the system on a road-legal bike. And the position of the winglets on the suspension means the downforce will act directly on the wheels. The primary advantage is that sportbikes can be equipped with more power without implicating the bike's handling and stability, and that is what the winglets intend to do. The active aerodynamic winglets will create downforce on the bike, offering more stability

BMW's moving winglets, whether mounted on the bodywork or the suspension, will allow the bike to create downforce in corners as well as straight lines, moving the left and right, front and rear winglets individually as required where the force is created. The design also includes the ability to move the winglets forwards or backwards through actuators, swinging them on a pivot at their mounting point like the swing-wings of some aircraft. The design also adds moveable surfaces to the ends of the winglets which can be extended to make them wider, increasing the winglets' influence on airflow over the bike.

Now, it's not clear if BMW will introduce all of the different mechanisms shown in the patents or it's just a clever way of covering the different ways the active aerodynamics can work, and trademark those uses. According to latest World Superbike regulations, movable bodywork will be permitted for use on the race track, provided they are available as standard equipment on the homologated road version as well. So, that could mean only one thing that future generation BMW S 1000 RR may well get active aerodynamic winglets like the ones shown on the patents.