Ducati V4 Granturismo: All You Need To Know

The Ducati V4 Granturismo engine will power the next generation Ducati Multistrada. Here's a close look at the new engine. 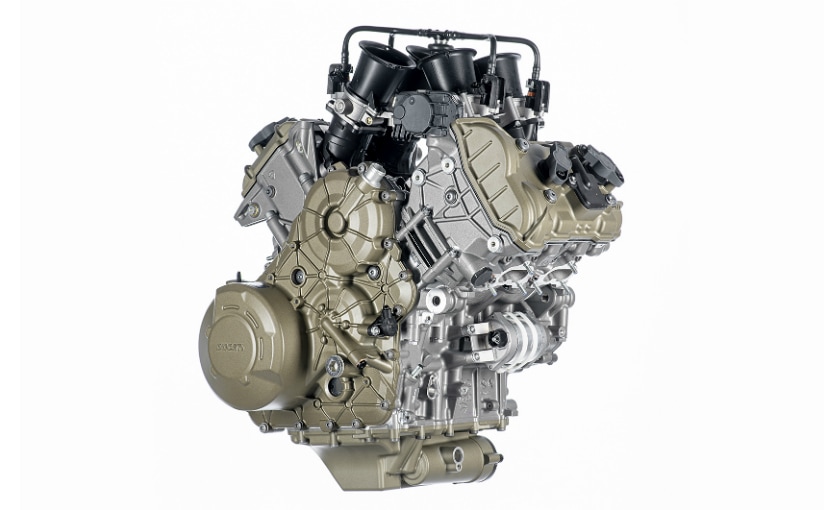 The Ducati V4 Granturismo is the new Ducati V4 engine that will power the next generation Ducati Multistrada. The engine is based on the Desmosedici Stradale motor that is found in the Panigale V4 and the Streetfighter V4 motorcycles, but with some changes to make it more touring-friendly and suited for adventure riding. The standout feature of the V4 Granturismo engine is the long service intervals, of around 60,000 km. Also noteworthy is the compact dimensions, and high-performance, yet light weight, with ample torque suitable for adventure use. Here's a look at what the Ducati V4 Granturismo is all about, and what it should offer. 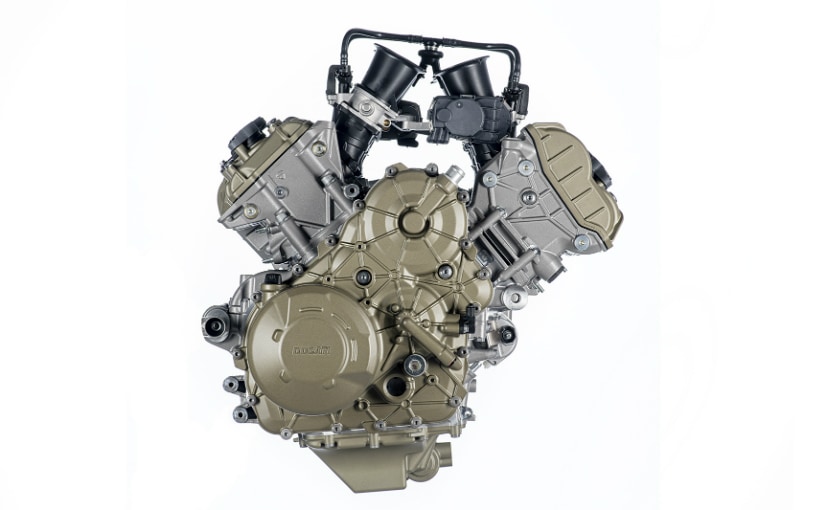 The 1,158 cc V4 engine is lighter, shorter and more compact than the 1,260 cc v-twin engine of the current Multistrada

The new V4 engine will have a displacement of 1,158 cc, and will put out 167 bhp of maximum power at 10,500 rpm and 125 Nm of peak torque at 8,750 rpm. Transmission duties will be handled by a six-speed gearbox with standard Ducati Quick Shift Up and Down system. The V4 Granturismo has been inspired by the Desmosedici Stradale engine but Ducati says it's a different engine with a different personality, made for exciting performance as well as smooth operation, with focus on low speed manoevrability for off-road adventures. 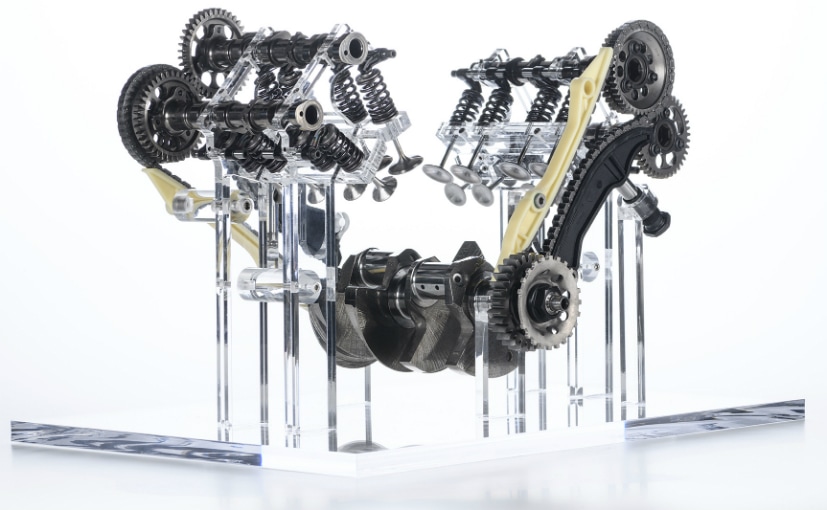 The new V4 weighs 66.7 kg, which is 1.2 kg less than the 1260 cc v-twin engine of the Multistrada 1260. The dimensions of the V4 engine is more compact than the L-twin used in the Multistrada 1260, and it's 95 mm shorter in height, 85 mm shorter front to back, and only 20 mm wider. The 14:1 compression ratio is the same as the Streetfighter V4, but the redline is lower at under 12,000 rpm, possibly due to the loss of the desmodromic valve system. 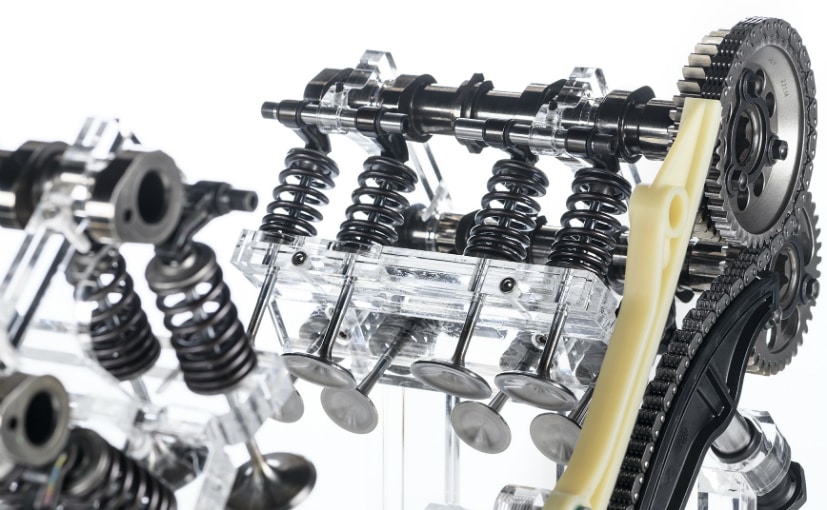 The most significant change to the V4 Granturismo engine is that it does not use desmodromic valve actuation, but regular springs. The new application gives the engine "record-breaking maintenance intervals" of 60,000 km. The switch from the Desmodromic valve system was to offer longer maintenance intervals without valve adjustment, and Ducati says the lessons learnt from perfecting the Desmodromic valvetrain actually helped Ducati to make this spring-valve system. The engine will also feature rear cylinder deactivation, which will essentially shut down the rear two cylinders of the V4 engine while at idle revs. This will help the engine run cooler in traffic and also aid in better fuel efficiency. 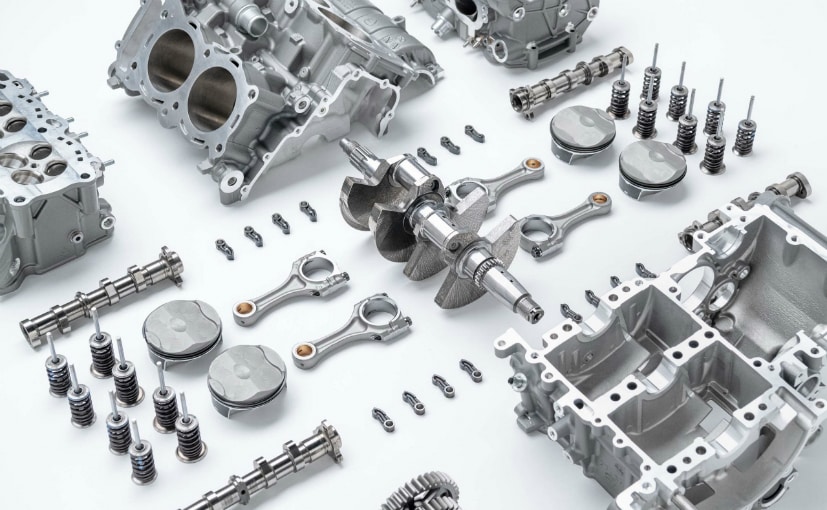 The crank, clutch, rods, pistons and flywheel are all specifically designed for the Multistrada, adding rotating mass for a greater feeling of torque

True to the engine's racing pedigree, the engine adopts a counter-rotating crankshaft, which offsets the gyroscopic effect of the wheels, and improves the handling and agility of the bike. The "Twin Pulse" firing order is said to be capable of offering a full-blooded and perfectly manageable power delivery at different speeds. New intake and exhaust ducts, smaller valves and smaller oval throttle bodies help skew the engine's character towards torque instead of power, while the crank, clutch, rods, pistons and flywheel are all specifically designed for the Multistrada, adding rotating mass for a greater feeling of torque. 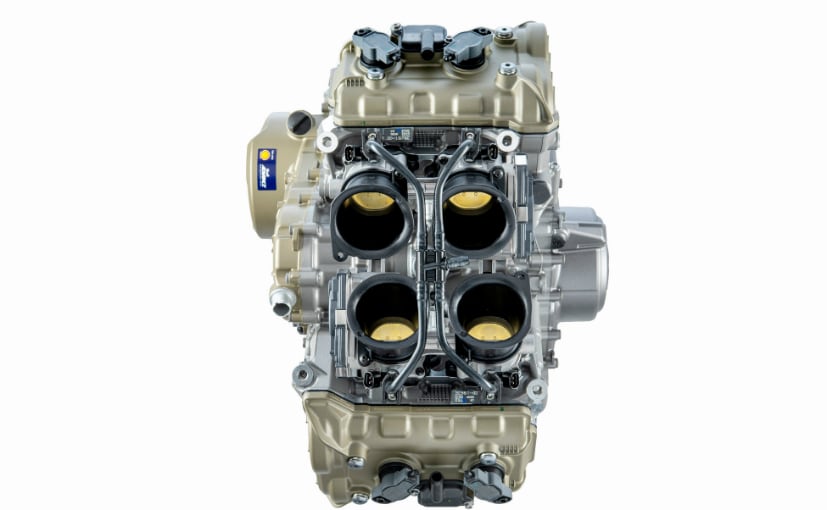 The V4 Granturismo engine will make its debut on the fourth-generation Ducati Multistrada which will be unveiled on November 4, 2020

The V4 Granturismo will debut on the new generation Ducati Multistrada V4 which will make its debut on November 4, 2020. More details on performance, technology and the latest electronic rider aids, including radar-powered cruise control will be announced when the new bike is unveiled.