New 180 bhp Ducati Multistrada V4 is almost production ready and will come with the latest radar-based safety and security system. 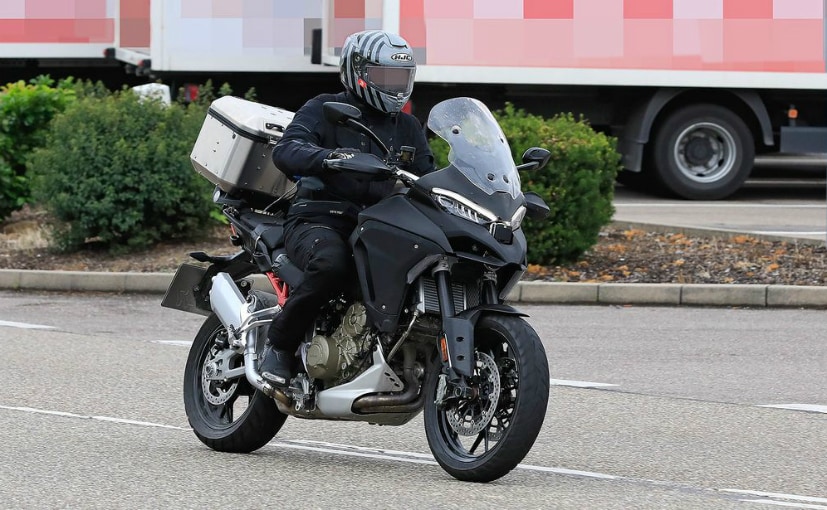 The 2021 Ducati Multistrada V4 has been spotted once again on test around the Ducati plant in the Borgo Panigale district of Bologna. The latest spy shots have emerged just a few days after another set of spy shots revealed the upcoming bike, expected to debut as a 2021 model. Like the last set of spy shots, even the bike in the latest images is likely an advanced prototype, almost nearing production. However, it's clearly still undergoing some sort of testing, as the cable running from the top box indicates. All said however, the test bike seems to be extremely close to the final production specification. 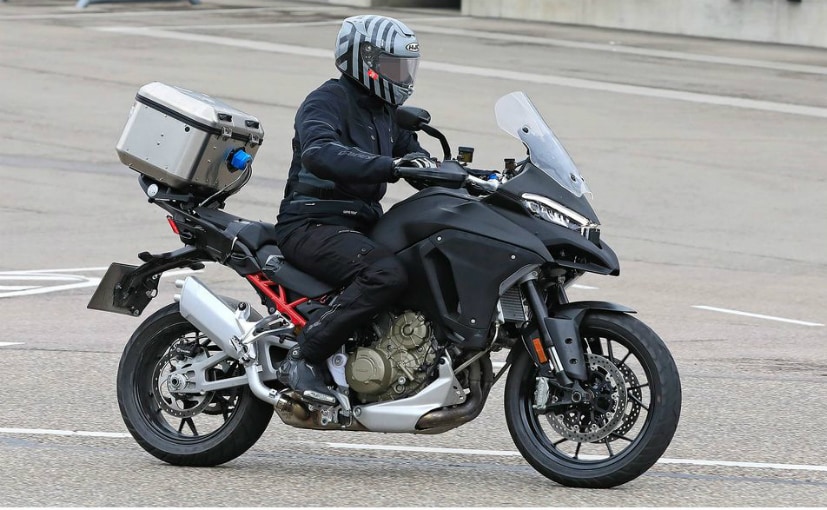 The overall silhouette of the bike is quite slim actually, and visually, there's no mistaking the typical Multistrada family design cues. The most significant change, is naturally, the V4 engine, which is likely to produce over 180 bhp. Inside however, the Desmosedici Stradale derived engine will likely have gone through extensive changes to the mechanicals, as well as electronics, to make it adventure and sport touring friendly. Expected is a much smoother torque curve than the Panigale V4, and many observers even speculate the use of a different crank. 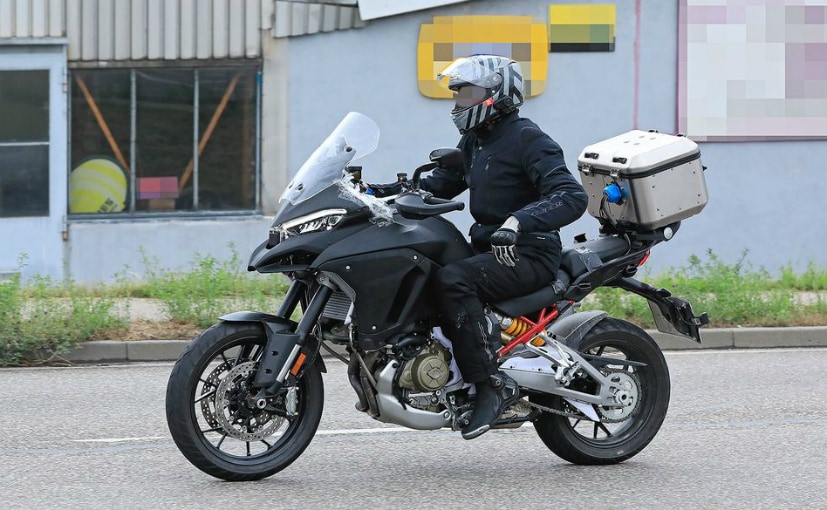 There's a new aluminium swingarm, along with steel trellis rear subframe bolted on to the new chassis

There are other updates in the new Multistrada V4. Instead of the single-sided swingarm of the previous generation Multistrada, there's a double-sided aluminium swingarm with a slightly boxy appearance. The rear shock mounting location has also been revised, and now is nearer to the rider's leg than before. The chassis also has been revised, and a steel trellis rear frame is bolted on the aluminium main frame, with the engine acting as a fully stressed member of the chassis. 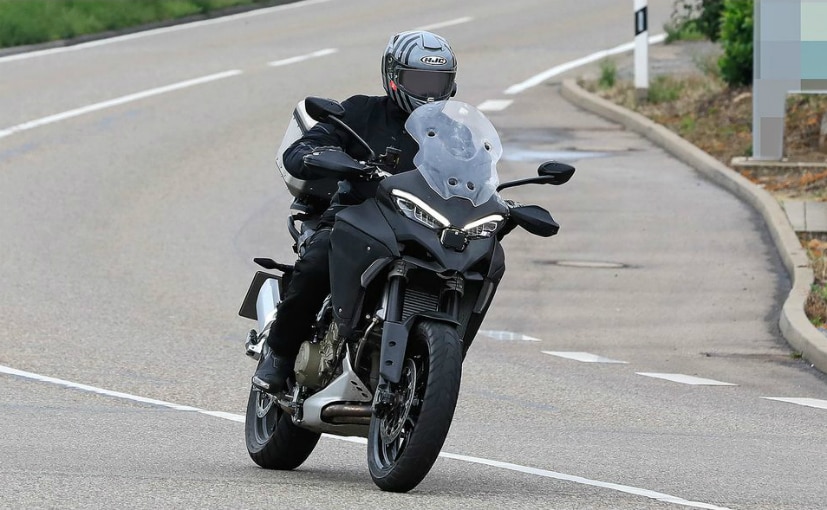 The 2021 Ducati Multistrada V4 will come with a radar-based security and safety system; the radar sensor can be seen between the headlights

The 2021 Ducati Multistrada V4 will come with extensive safety and security systems, incorporating Ducati's latest advanced rider assistance system (ARAS). The new flagship Multistrada will come equipped with an extended electronics package, which, in addition to the standard six-axis inertial measurement unit (IMU), together with cornering ABS and traction control system, will also include a radar powered system for collision avoidance and automated distance control. Radar sensors can be seen on the V4's nose and tail sections, which are part of the new security package. At the front, located between the new angular headlights, is a small black device that is expected to be a radar receiver or collision avoidance system. There is another such device towards the tail section which will warn the rider of a following vehicle hidden in the blind spot.

The 2021 Ducati Multistrada V4 is expected to be unveiled in finished form sometime towards the end of 2020, and in all likelihood, it will be available commercially from the first quarter of 2021.