Ducati has confirmed that a Multistrada V4 will indeed be joining the sport touring family as a 2021 model. 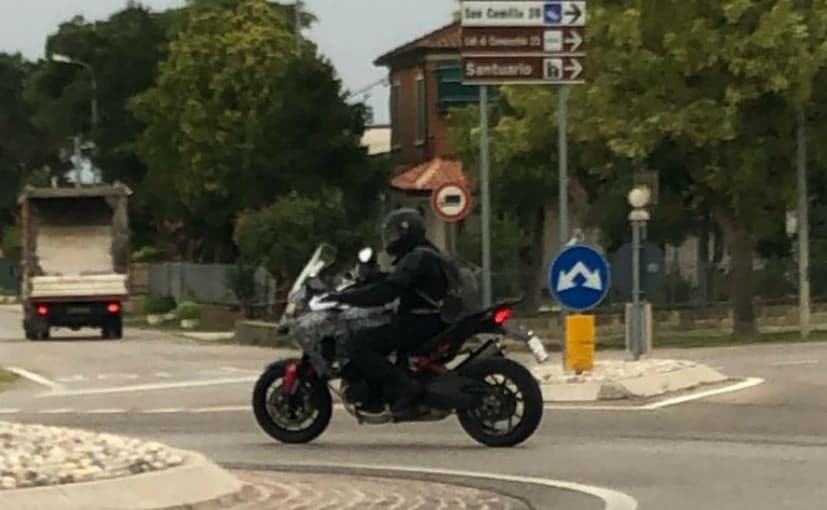 The Ducati Multistrada has completed 16 years, and on the occasion, Ducati announced that the Italian brand has built 100,000 Multistrada motorcycles. The milestone was commemorated with Ducati CEO Claudio Domenicali presenting a Ducati Multistrada 1260 Pikes Peak to a German customer. But more importantly, Ducati also announced that in 2021, the Multistrada family will be joined by a new V4 engine model. "Development is ongoing, and in 2021 the Multistrada family will expand to see the twin cylinder 1260 and 950 motorcycles joined by a version with a new, specific V4 engine," Ducati has announced.

The Ducati Multistrada V4 has been in the news recently, and there have been rumours and even spy shots of a prototype under test. So far, the only thing that wasn't clear was when Ducati will decide to officially launch it. The confirmation indicates the future direction of the Multistrada family to include the V4 engine version, and it's quite likely that the current L-twin engine Multistrada will continue, at least for some time to come. Recent patent filings indicate that a new version of the current twin-cylinder Multistrada may be the next update in the sport tourer, and will likely be called the Ducati Multistrada 1260GT. Now, this may not be in line with the V4 Multistrada reports, but by all indications, the 1260GT may actually be launched first, and will be in production for at least a year, before the Multistrada V4 is introduced as a 2021 model.

For 2020, Ducati will instead introduce another V4 model, which will likely be the Ducati Streetfighter V4, along with updated models of the twin-cylinder Ducati Panigale 959, Multistrada 1260GT and new, updated variants of the Scrambler and Monster. While the Multistrada V4 may be some time away for now, what will be noteworthy is the introduction of new safety features in the Multistrada 1260GT, in the form of advanced rider assistance systems (ARAS), which will use radar to predict approaching vehicles and also power the radar-assisted adaptive cruise control. More details on the new Ducati models will be likely revealed on October 23, and later at the EICMA show in Milan, Italy.