New Ducati Multistrada V4 looks almost close to production and may be unveiled at a special online event later this year. 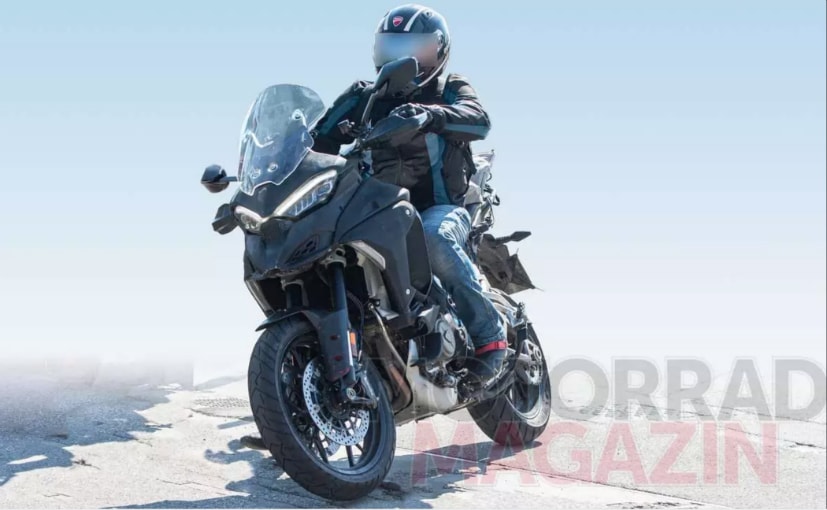 The upcoming Ducati Multistrada V4 has been spotted on test again on public roads, and this time we get to see an undisguised motorcycle. As latest spy shots published by Motorrad Magazin reveal, Ducati's flagship adventure motorcycle is closer to production than from the last time we've seen it on the streets. The bike is expected to be a 2021 model and likely to be unveiled later this year in full production form. The latest spy shots show the new Multistrada without any camouflage wrap, and reveals several unique design traits which will differentiate the V4 engine Multistrada from the current Multistrada 1260. 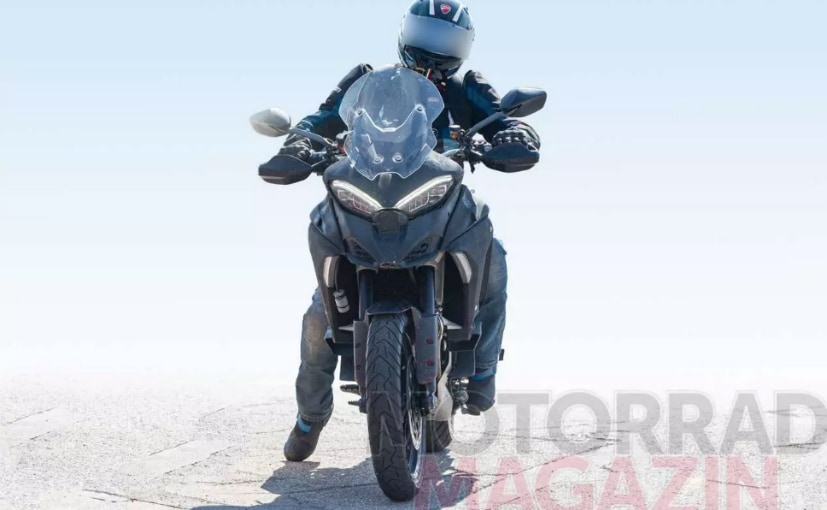 The face of the bike seems to be slightly different, with a differently shaped windscreen and beak of the test mule, from the current Multistrada 950 and Multistrada 1260, while the semi-fairing sports wider air intakes and exhausts on the flanks. Also unique to the new Multistrada V4 are the exposed trellis subframe and open, triangular swingarm. Other components seem borrowed from the current Multistrada models, like the y-spoke circles on the wheels, similar to the Multistrada 950, as well as the off-set rear shock with piggyback reservoir. The headlight design is also new and seem inspired by the Panigale with a distinctive LED strip. The new Multistrada V4 could also sport a radar-powered advanced rider assist system. 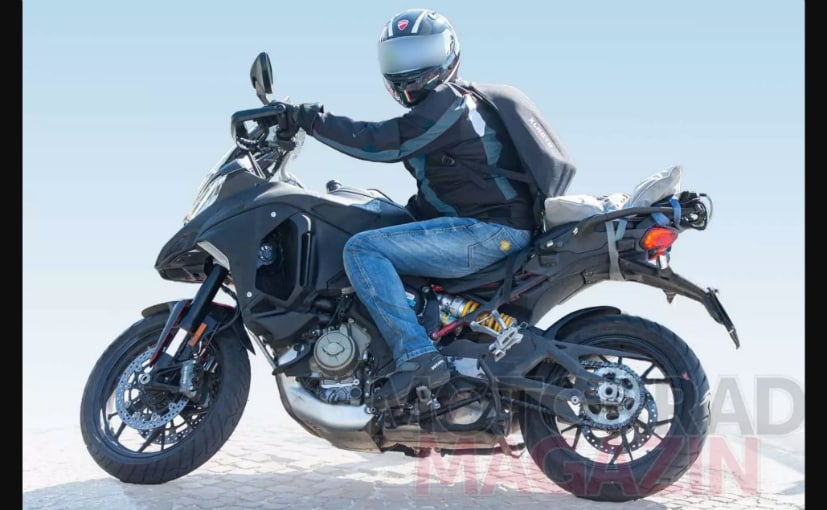