The Renault Kwid hatchback that is sold in South Africa is exported from India and is manufactured at the company's manufacturing facility in Oragadam, near Chennai. 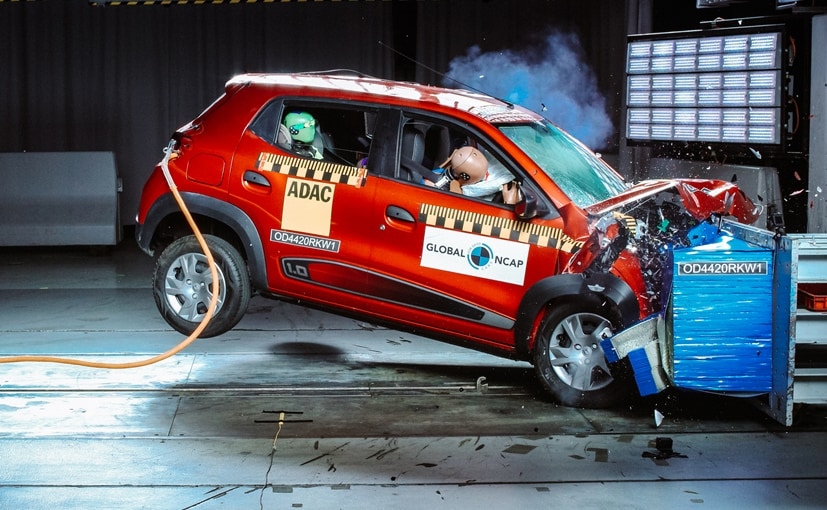 The Global NCAP (New Car Assessment Programme) has released the latest 'Safer Cars for Africa' crash test results, and one of the cars assessed by the safety watchdog was the Renault Kwid. The car has managed to achieve a 2-star safety rating for both adult and child occupant protection when crash-tested at a speed of 64 kmph. Interestingly, the Renault Kwid hatchback that is sold in South Africa is exported from India and is manufactured at the company's manufacturing facility in Oragadam, near Chennai. 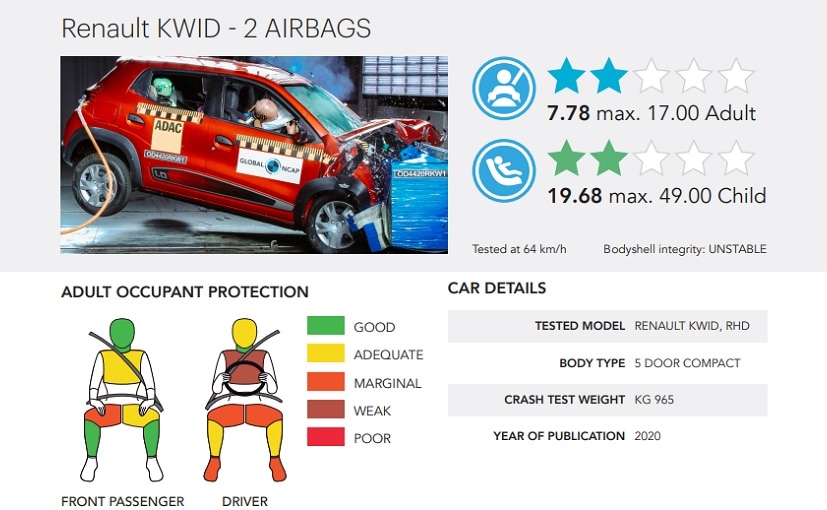 The Kwid received a score of 7.78 out of a maximum of 17 for adult occupant protection, and 19.89 out of 49 for child occupant safety

While these scores are simply acceptable at best, Global NCAP did say that compared to the Renault Kwid that was tested, when it was launched in India in 2016, the car's structure has improved. Back in 2016, the car had scored a disappointing zero-star rating as the airbag was not a part of standard fitment and the structural rigidity was also not sound. The same year Renault rolled out an updated version with improved structural rigidity and an optional driver-side airbag, and that one managed to get a 1-star safety rating from Global NCAP. In 2017, the Renault Kwid that is manufactured in Brazil was tested by Latin NCAP where it achieved 3 stars, with side body airbags added to frontal airbags and ABS.

Commenting on the Kwid's crash tests, David Ward, President, Global NCAP said, "From our global perspective, with successful crash test programmes in India and Latin America, we can track the varying safety equipment specifications for cars manufactured in one market and sold in others. It's therefore surprising to note that the Renault Kwid developed for Latin America, based on the original Indian version, has a better adult and child occupant protection performance includes standard ISOFIX anchorages as well as dual front and side airbags." 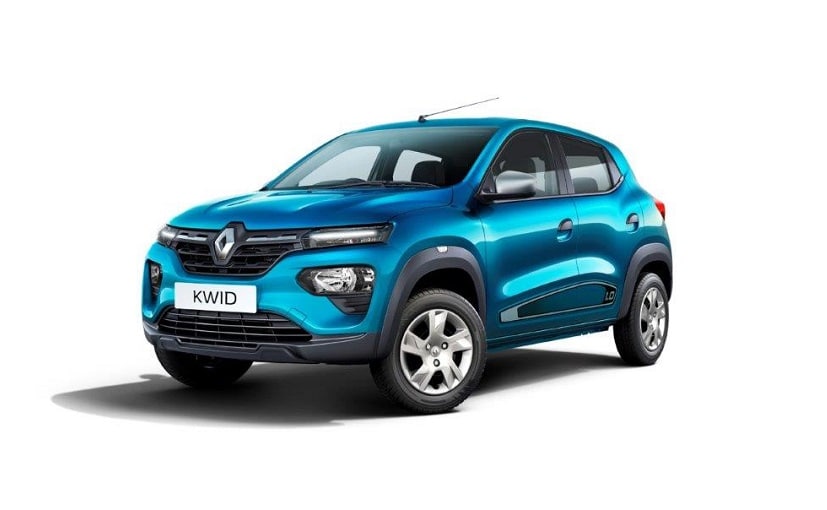 Unlike the Renault Kwid sold in South Africa, the India-spec model doesn't get passenger airbag as part of standard fitment

Now, Global NCAP is yet to test the facelifted Renault Kwid sold in India. While structurally the car might be similar to the African-spec model, but the Kwid sold in India does not get the same standard safety features. The India-spec Renault Kwid doesn't get passenger airbag as part of standard fitment, and that could impact the crash test score.