The Mercedes-Benz G 350d is the first non-AMG variant of the SUV to go on sale in India and is powered by a 3.0-litre diesel engine that develops 600 Nm of peak torque. 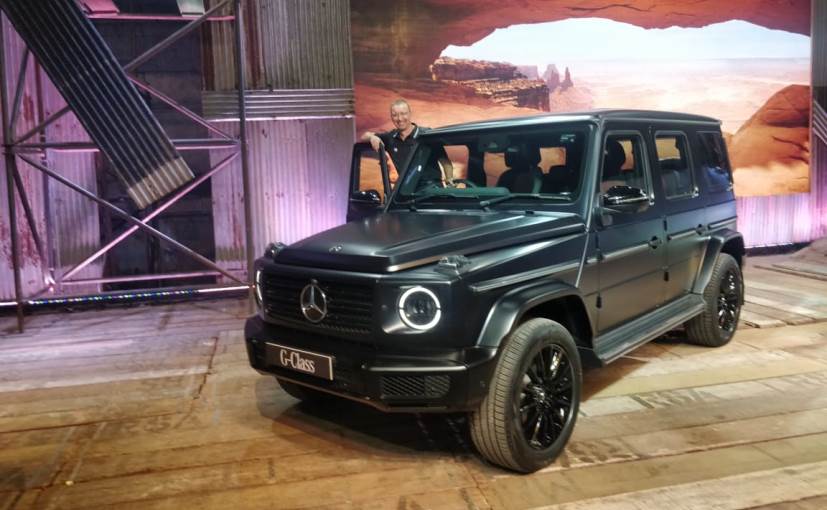 Mercedes-Benz India has introduced the new G 350d in the country, priced at ₹ 1.5 Crore (ex-showroom, India). The new Mercedes-Benz G 350d is the first non-AMG version of the G-Class to land on Indian shores. The G-Class or the G-Wagen as it was previously known, completes 40 years of production this year and the model continues to one of the sturdiest SUVs built for the military and later for civilian use. The G 350d will lock horns against a number of offerings including the Range Rover Sport, Porsche Cayenne, and the Land Rover Defender.

The biggest change on the Mercedes-Benz G 350d compared to the G63 AMG is the more economical engine option on offer. That does mean the non-AMG version is any less of a brute. Power comes from the 3.0-litre, in-line six-cylinder diesel that belts out 282 bhp and 600 Nm of peak torque. The motor is paired with a 9-speed automatic transmission. The G 350d is a potent off-roader and comes with three differential locks for the front and rear axle, as well as a centre differential. There's permanent All-Wheel Drive and gas filled shock absorbers. Mercedes-AMG G63 was also present at the launch event, here we see the SUV with the signature PanAmericana grille

On the design front, the Mercedes-Benz G 350d gets subtle differences over the AMG trim. This includes the PanAmericana grille being replaced with a black finished triple slat unit, a revised bumper with smaller air intakes, and twin exhausts at the rear, in place of quad exhausts with two on each side sticking out below the rear doors. The SUV though looks menacing in every way complete with its boxy proportions, round headlamps with integrated LED daytime running lights, LED taillights, while the grille gets the massive three-pointed star logo, making quite the statement.

Inside, the Mercedes-Benz G 350d gets an identical cabin to that of the G63 AMG. The instrument console is now digital, and it gets an extended 12.3-inch display for the infotainment system that runs the latest MBUX interface. It also gets a different steering wheel and misses out on the carbon fibre trims seen on the AMG variant, while the seats are upholstered in Artica leather instead of Nappa. The SUV is a five-seater and offers one of the biggest glasshouse areas and a spacious cabin. The SUV continues to be built on a ladder-on-frame chassis that makes it so capable off-road.

The Mercedes G 350d comes to India as a CBU (completely built-up) unit.