It turned out to be an all-blue podium at the Andalusia GP with Petronas Yamaha's Fabio Quartararo taking his second win of the season, while factory riders Maverick Vinales and Valentino Rossi finished at P2 and P3. 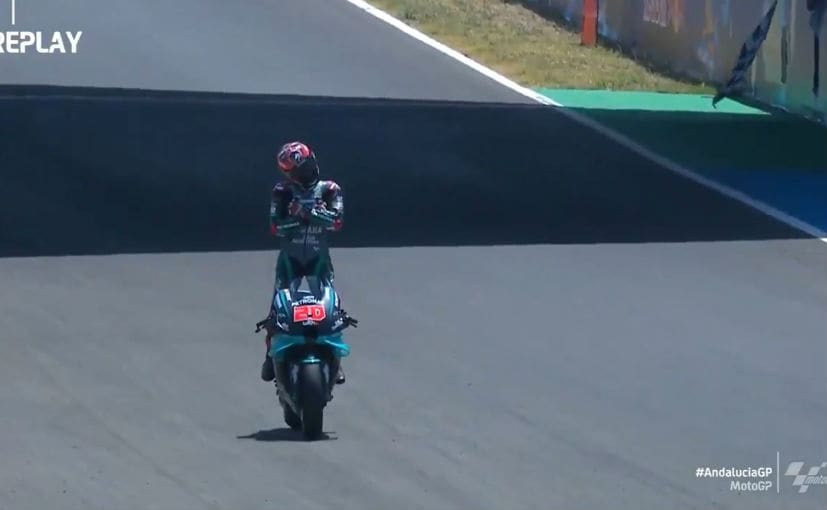 Petronas Yamaha's Fabio Quartararo took his second win of the season as he dominated the Andalusia Grand Prix at the Jerez Circuit. The rider led the race from pole position and managed to retain the top spot despite advances from factory Yamaha riders Maverick Vinales and Valentino Rossi. Vinales started from P2 on the grid and salvaged the position after faltering mid-race, while Rossi claimed P3 after starting at P4, even as the mid-order remained unpredictable through the 25 laps. The Andalusia GP also saw its share of mechanical issues due to the excessive heat with several retirements. 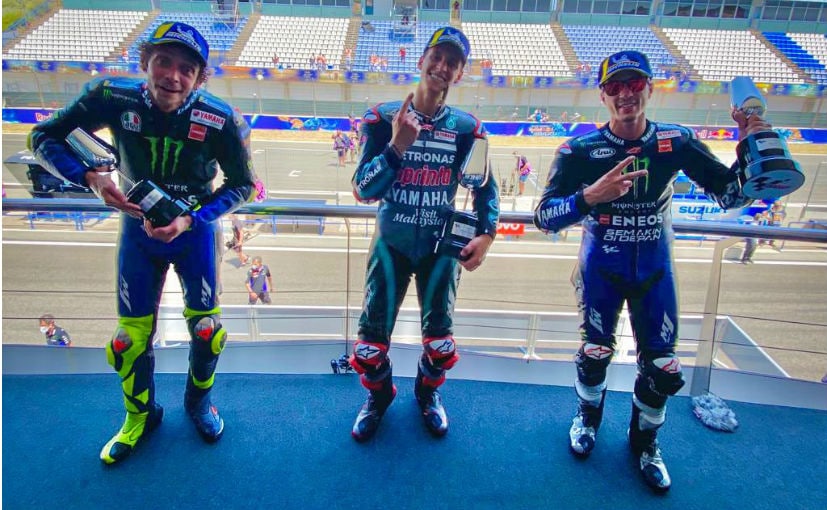 On the podium - Fabio Quartararo, Maverick Vinales and Valentino Rossi

Quartararo started off the pole making followed by Vinales, while Rossi moved up to P3 early on ahead of Francesco Bagnaia of Pramac Ducati. The 21-year-old Frenchman ensured to make no mistakes and had built a lead of 2.1s over the factory Yamahas trailing behind, followed by the Pramac Ducati riders Bagnaia and Jack Miller. The same lap saw Vinales run wide on the last corner of the lap which allowed Rossi to move up to P2. Vinales was now defending P3 from the satellite Ducati riders while trying to pass his teammate once again.

By Lap 10, Quartararo had gained a four-second advantage over the rest of the pack, which is when Bagnaia finally found a move on Vinales to move into P3. He was now looking to pass Rossi but the rider had built a significant advantage over rest of the pack. However, the Yamaha rider started facing issues with his rear tyre two laps later, which is when the 23-year-old finally found the opportunity to move up to P2 at Turn 6. 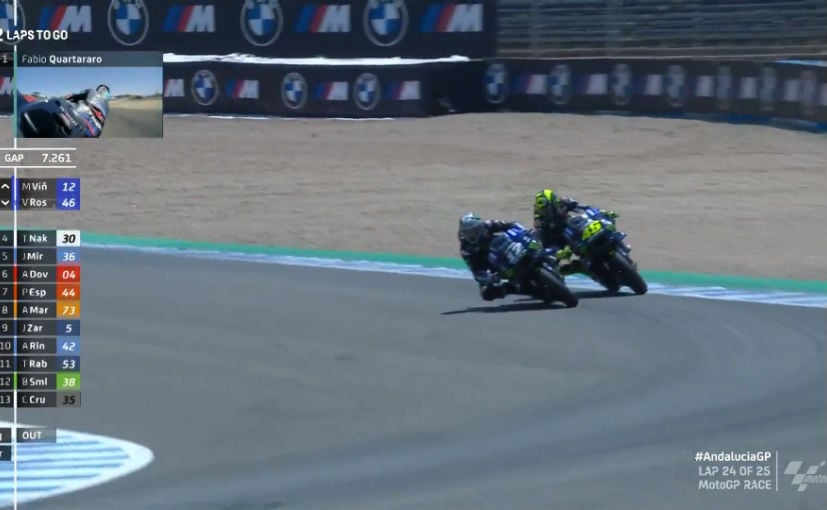 Bagnaia built a gap over two-seconds on Rossi but as luck would have it, his Ducati started smoking around Lap 20 forcing him to pull off-track, bringing an end to a spectacular run and what would have been his maiden podium finish. Meanwhile, Vinales had moved down the order to P6 but worked his way back up behind Rossi, who moved up to P2 after Bagnaia's exit. After exchanging positions over the next few laps, Vinales finally made a move at Turn 9 on the penultimate lap, taking the position from Rossi. The three riders retained their positions for the final lap, securing an all-Yamaha podium for the first time since 2014.

What a shame for @PeccoBagnaia!!!

Behind the top three riders, LCR Honda's Takaaki Nakagami showed stellar performance to take P4, his career-best finish so far. Meanwhile, Joan Mir of Suzuki bagged fifth place after starting ninth on the grid. Andrea Dovizioso had an impressive run compared to qualifying and finished at P6 after starting 14th. It was also the best finish for Ducati in the race after riders Bagnaia and Jack Miller retired despite a promising start. 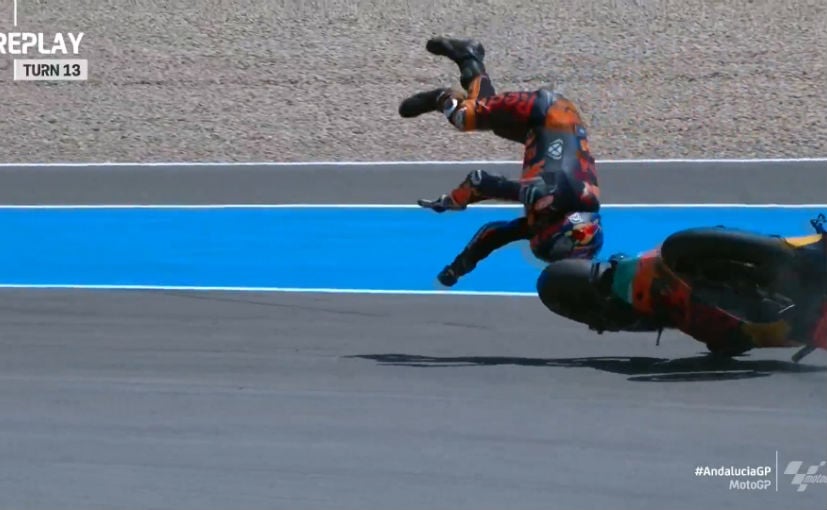 KTM's Pol Espargaro took P7 and became the sole finisher from the team after teammate and rookie Brad Binder crashed out in the early laps. Tech3 KTM's Miguel Oliveria and Iker Lecuona crashed early on as well. Also showing incredible pace was sole factory Honda rider Alex Marquez, who started last and worked his way up to P8, taking crucial points for the team. Marc Marquez had to sit this one out as he is yet to recover from his fractured humerus.

Avintia Ducati's Johann Zarco took P9, while Alex Rins of Suzuki got up to P10, making his comeback from a severe crash last weekend after intensive therapy sessions. The race concluded with Avintia Ducati's Tito Rabat and Aprilia's Bradley Smith taking P11 and P12 respectively. Also making a comeback post-surgery last week, LCR Honda's Cal Crutchlow took P13. The Andalusia GP saw a number of retirements. Apart from Bagnaia, Franco Morbidelli on the second Petronas Yamaha SRT also faced an engine issue in the closing stages of the race. Danilo Petrucci on the factory Ducati and Aleix Espargaro on the Aprilia crashed out of contention.

With two-for-two wins, Quartararo leads the rider standings for the 2020 season as Petronas Yamaha retains championship lead over the factory team. The action now moves to the Czech Republic for the Brno GP that is scheduled between August 7-9, 2020.