The new patent images appear to be of the production version of the upcoming Nissan Magnite and the design and styling of the SUV are a bit less dramatic, compared to the concept car that was showcased earlier this year. 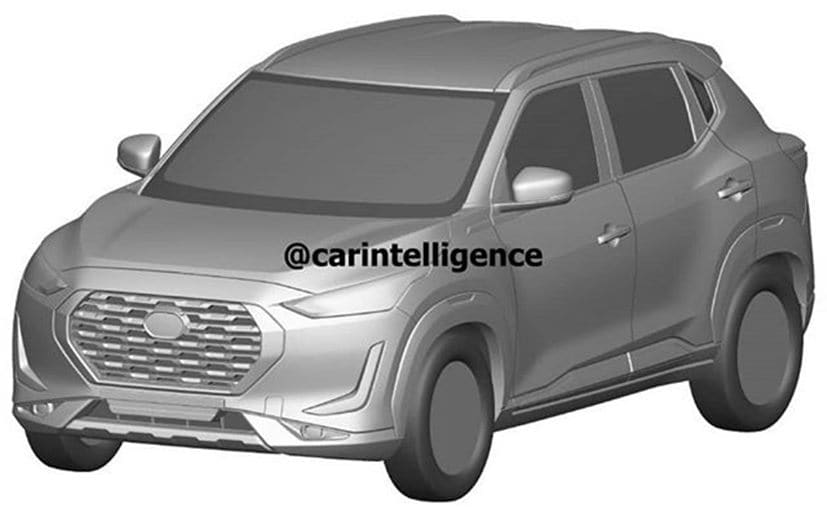 Patent images of the upcoming Nissan Magnite subcompact SUV have leaked online. While Nissan has already revealed the concept version of the new sub 4-metre SUV, the model in the patent images appears to be the production version of the new Magnite. The design and styling cues of the SUV are a bit less dramatic, compared to the concept car, and we get to see hints of less aggressive character lines and exterior elements. The new Nissan Magnite is expected to be launched in early 2021, and currently, the SUV is undergoing testing in India. Judging by the patent images, like the concept version of the car, the production-spec Nissan Magnite will also come with the Datsun-style large hexagonal grille, flanked by sharp, trapezoidal headlamps, possible LED units. The sculpted bumper will house the L-shaped LED daytime running lamps and faux skid plate. The SUV will also come with side and wheel arch cladding, along with roof rails, a small quarter glass, and roof-mounted rear spoiler. The car in the images does not come with a sunroof, however, we cannot rule out the possibility of the production model getting one. 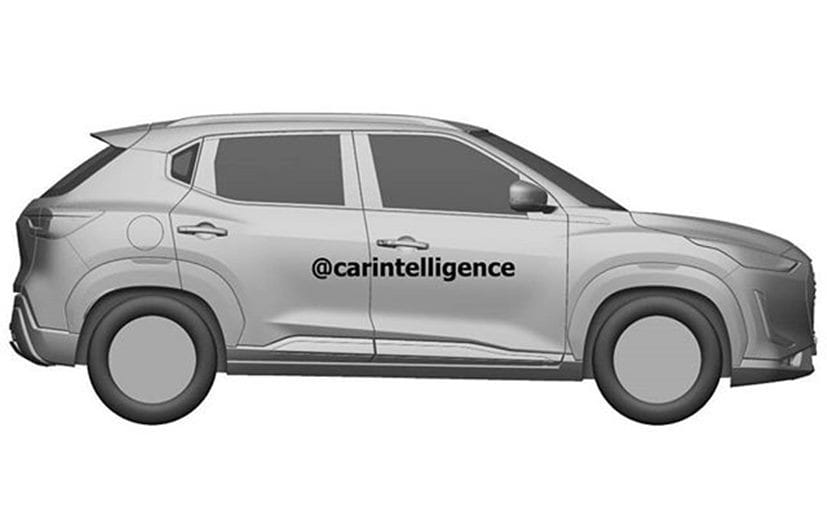 At the rear, the SUV will come with wraparound LED taillamps, which are also likely to be LED units, along with a sculpted tailgate, and beefy rear bumper. The rear bumper is likely to come with heavy cladding, along with a faux diffuser. While we do not get to see the cabin in these patent images, based on the interior of the concept car, the Magnite will get a minimalist design. The dashboard is likely to feature a clutter-free design with trapezoidal air vents, while the rest of the interior and upholstery are likely to get dual-tone black and red treatment. It will also get a touchscreen infotainment system with Apple CarPlay and Android Auto along with the usual creature comforts. 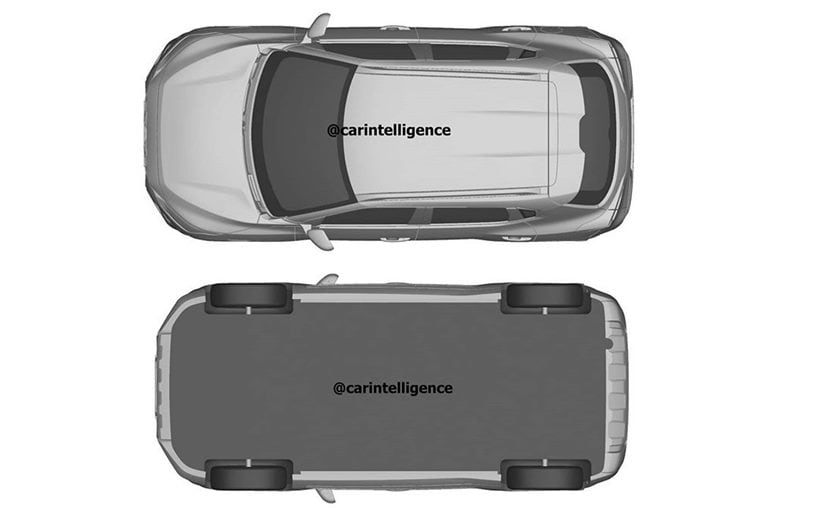 The Nissan Magnite was designed by Nissan's global design team but incorporated suggestions and insight by the Indian team from Nissan Design Studio in Chennai. The upcoming Nissan Magnite will be based on the same CMF-A+ platform that underpins the Renault Triber The Magnite is an important product for Nissan, and it has been developed specifically for India and similar emerging markets. The new Magnite will be manufactured at the company's Chennai plant, and upon launch, it will go up against the likes of the Kia Sonet, Tata Nexon, Hyundai Venue, Maruti Suzuki Vitara Brezza, and the upcoming Toyota Urban Cruiser.