The turbocharged motor takes the 411 cc single-cylinder engine of the Royal Enfield Himalayan which now makes around 50 bhp of power! 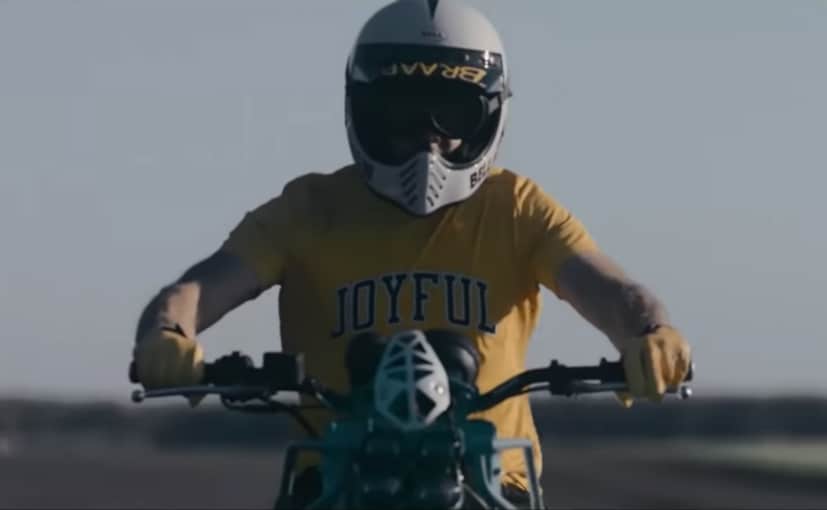 The Himalayan's 411 cc, single-cylinder engine now gets a Garrett GT 125 turbo, and it gives a solid increment in performance, up from the stock 24 bhp to a claimed 50 bhp. There's also an extended single-sided swingarm and wheel assembly from Harris Performance which are included in the MJR Roach, giving it a long stretched out look. The front fork support structure is from a Continental GT, fused with the toughness of a Himalayan body, with a buckle from an old parachute holding the tank down.

The MJR Roach runs on Continental TKC80 knobby tyres, gets quad-projector headlights, a Renthal Fatbar and custom switchgear. According to Royal Enfield, the MJR Roach is inspired by video games, and features a manga-style future military paint job and unique quad-eyed headlights. Naturally, the MJR Roach is not expected to be a production model, and will, in all likelihood, be a one-off custom. But given the way Royal Enfield's custom build team at the UK Tech Centre has been working on projects and releasing them at regular intervals, we can't wait to see what next is in the offing.