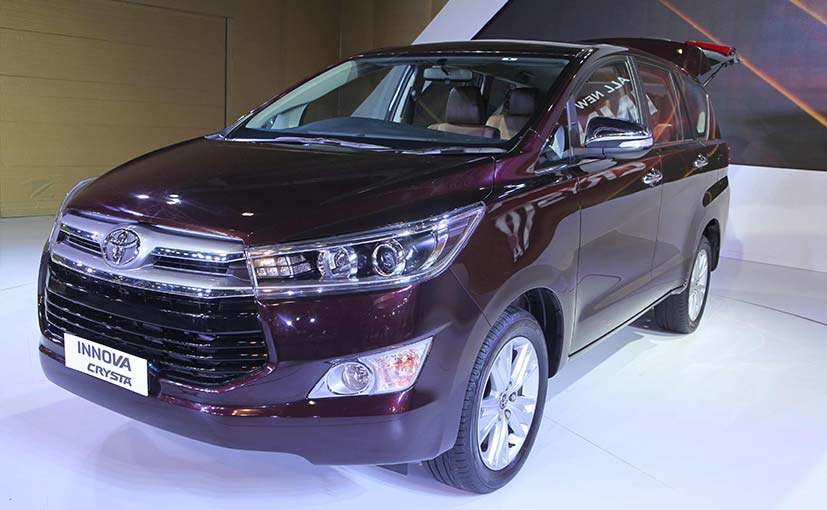 The Toyota Innova Crysta has received a highly-commendable 4-star rating out of 5 in the ASEAN NCAP crash test. An ASEAN-spec version of the Innova Crysta, sourced from Indonesia, was used for the test.

The new Toyota MPV would have got an overall rating of 5 stars and not 4 if the ASEAN-spec version was equipped with ESC (Electronic Stability Control) as standard. The ESC-equipped trim versions got a score of 14.10 points (out of a maximum of 16.00) for Adult Occupant Protection (AOP) and, thus, an overall safety rating of 5 stars.

The variants which did not have ESC got a safety rating of 4 stars. The Toyota Innova Crysta registered a score of 76 per cent in Child Occupant Protection (COP) compliance, which made it eligible to feature in the 4-star category.

Toyota hasn't revealed any details about the safety features that will come as standard in the Indian-spec Innova Crysta. At the 2016 Auto Expo, the model which was used to unveil the MPV in India was the 'Z' variant and was equipped with airbags, ABS, EBD, and Brake Assist.

The second generation of the Toyota Innova is likely be available in India 2 engine options - a 2.4-litre, 4-cylinder GD diesel unit with VNT Intercooler that develops 147bhp of power and 342Nm (5-speed manual transmission)/360Nm of torque (6-speed automatic transmission), and a 2.0-litre, 4-cylinder petrol engine with Dual VVT-I that has a power output of 137bhp and 183Nm of torque.


0 Comments
Although the Japanese carmaker has not revealed when the Toyota Innova Crysta will be launched in India, we expect it to be either in the last week of May or the first week of June this year. It is likely to be priced in the ₹ 10 - 16 lakh range.

Triumph Tiger 850 Sport Under Development; Launch Likely In 2021
33 minutes ago