Vespa Kobe Bryant Tribute Edition To Be Auctioned For Charity

Only one example of the Vespa Primavera 50 Kobe Bryant tribute edition has been put up on auction. 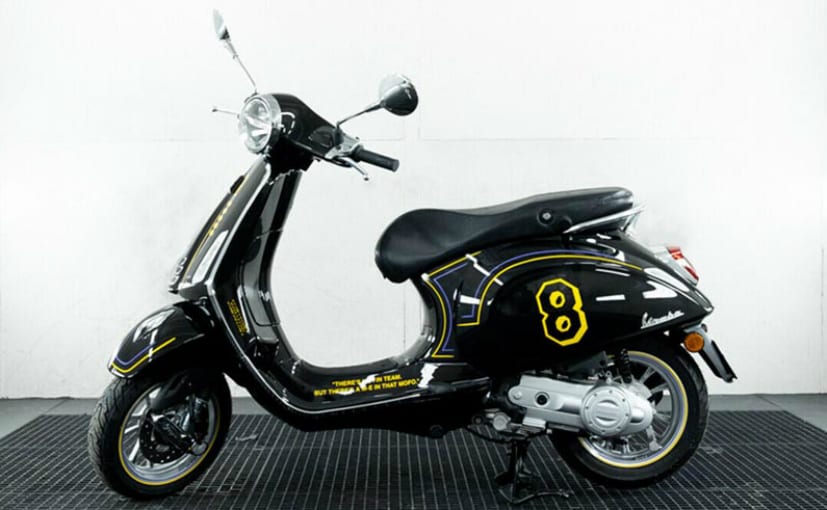 A Vespa Primavera 50 scooter designed as a tribute to Kobe Bryant is going up for auction in Germany. The custom scooter was commissioned by German sneaker and streetwear retailer Kickz, as a tribute to the late Kobe Bryant. The former NBA superstar tragically lost his life, along with his daughter and seven others in a helicopter crash in California earlier this year. Like Bryant, who passionately supported young talent, the proceeds of the auction will go towards supporting the all-female Basketball Center of Opladen (BCO). 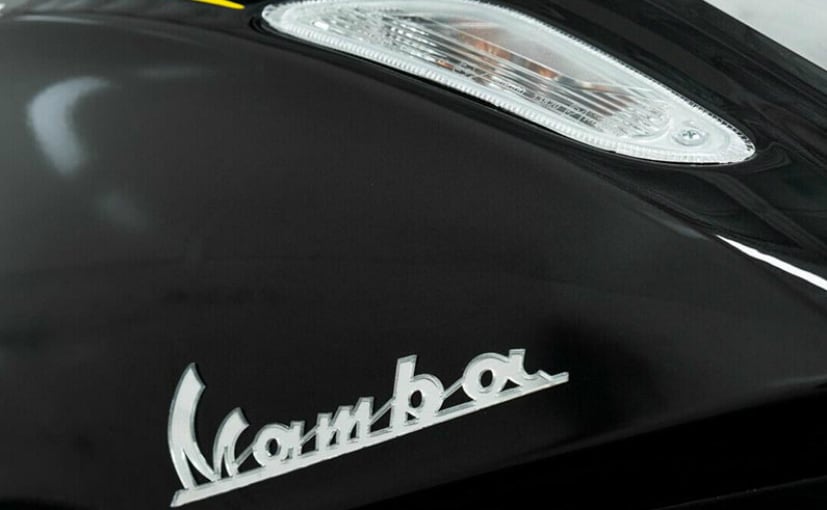 Kickz teamed up with WNBA player and LA Sparks centre Marie Gulich on the auction of the special edition scooter, fittingly called the 'Mamba Edition'. All the proceeds of the auction will benefit girls achieving their basketball dreams. The BCO is where Gulich trained as a teenager prior to her WNBA career. 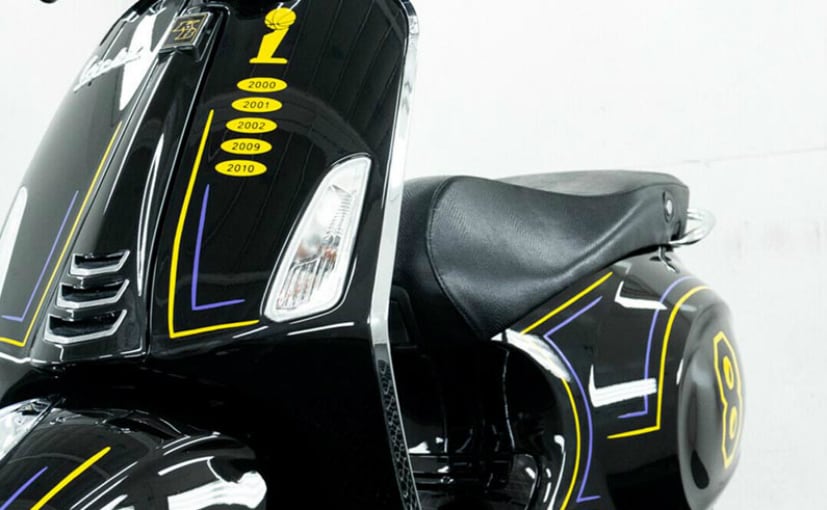 The black Vespa Primavera 50 has been customised with purple and gold stripes, inspired by the LA Lakers team colours. The saddle is made of imitation snakeskin, as a tribute to the Black Mamba, as Bryant was known. The scooter features the numbers 8 and 24 on the sides, and highlights of Bryant's career have been immortalised in decals on the front apron. Even the Vespa badge on the side panels have been replaced in similar font saying "Mamba". The scooter also features Bryant's famous quote, "There's no 'I' in 'TEAM' but there's 'M-E' in the Mofo" featured on the floorboard.

Also Read: Vespa Unveils 50 cc Scooters In The US 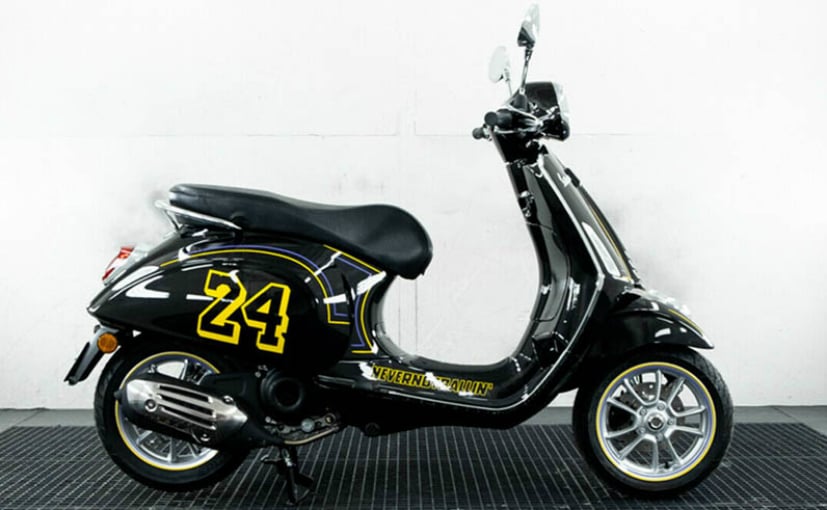 The special edition scooter has already raked up a 6,250 Euro bid at online auction

The auction is being conducted on eBay Germany and the highest bid is already 6,250 Euros (around ₹ 5.45 lakh). Bids are open till August 31, 2020, and since Bryant's fans are all over the world, anyone can bid for the Vespa Special Edition. If the winning bidder is from outside Germany, he or she must be prepared to shoulder the shipping cost outside the country.