Volkswagen has pegged it as a small Camper for a couple or small family for their weekend getaways as well as weekend adventures. 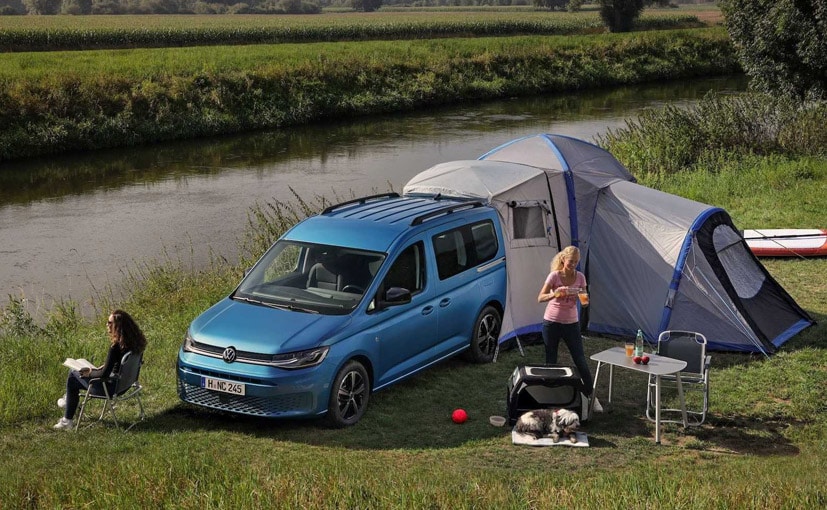 View Photos
The Volkswagen Caddy California will go on sale in USA in USA.

Camping is one of the most popular weekend activities in USA and we have been always fascinated by the view of camping trollies hooked to pick-up trucks in quite a few Hollywood movies. Having said that, it gets really tiring to maintain the entire set-up and even to prepare it and drive to the camp site. And so camper vans have also gained prominence in USA and automakers like Renault, Mercedes-Benz and Volkswagen have designed specific people movers for USA which can also double up as camper vans. Coming up next in the USA is the 2021 Caddy California camper that looks really cute and is a lot more versatile on the inside. 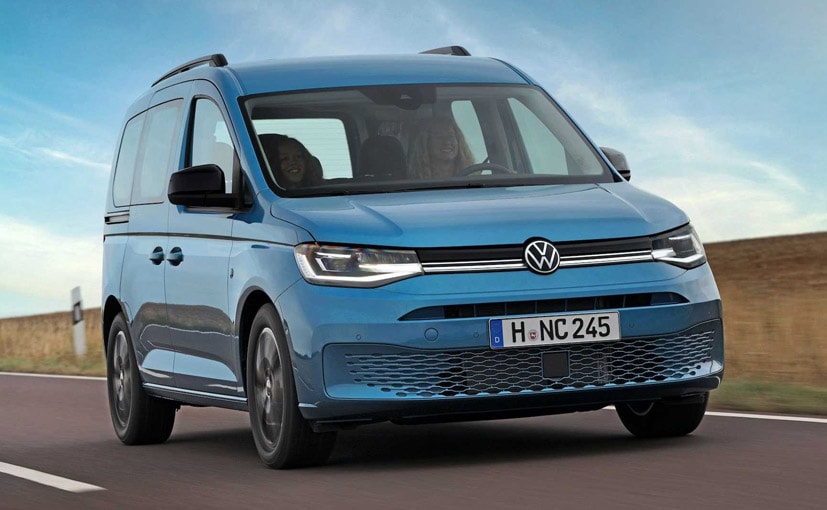 VW has pegged it as a small Camper for a couple or small family.

The new Volkswagen Caddy will join the company's line-up in USA next year and will be running in its fifth-generation. VW has pegged it as small Camper for a couple or small family for their weekend getaways as well as weekend adventures. While the VW Caddy is small dimension wise, it has quite a few highlights- a pull-out kitchen for instance featuring a single hob gas cooker with windshield and shelf. 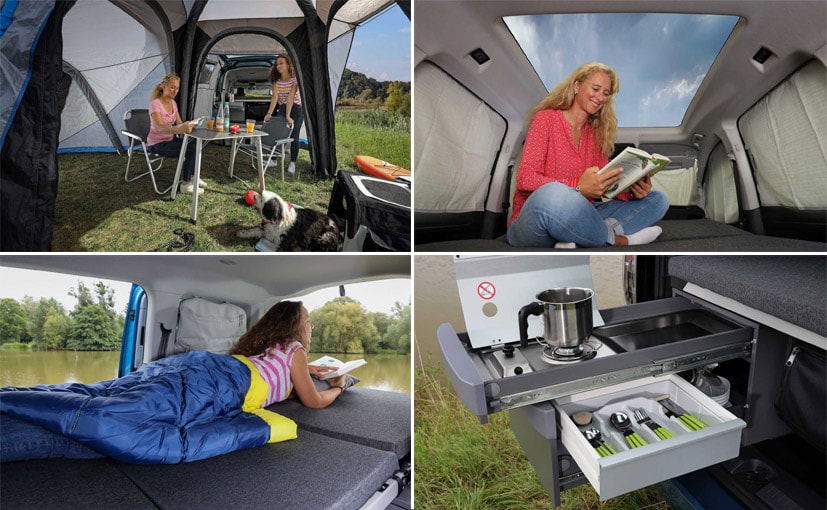 It gets a a pull-out kitchen for instance featuring a single hob gas cooker with windshield and shelf.

Then, it gets all seats can be flip folded in a 50:50 ratio over which you can put a 2 meters long fold-out bed and get gaze upon the starlight through the 1.4 square meter panoramic sunroof. The bed is fitted with cup springs and high-quality mattress offering a good comfort while all windows are fitted with blinds as well, so that you don't have to worry about anyone peeping into your personal space. 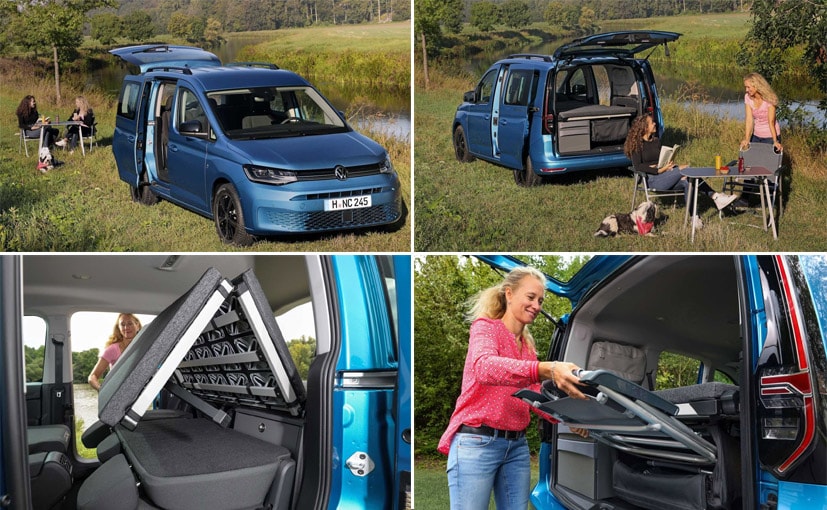 It also gets a brand new free-standing modular tent which can be attached to the rear of the Caddy.

But that's not it, it also gets a brand new free-standing modular tent which can be attached to the rear of the Caddy, working out a big extension to the sleeping cabin. You also get a camping table along with two chairs which easily fit in the rear when you wind up. 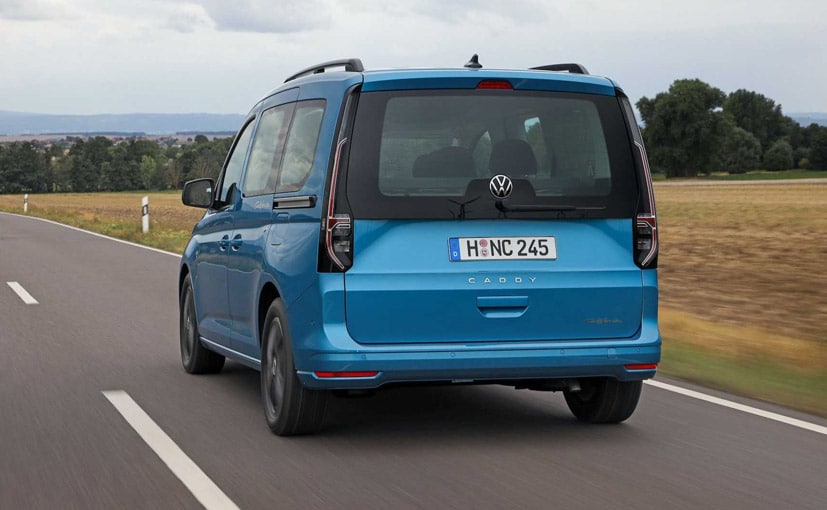 It will be offered in two wheelbase variants.

Just to give you an idea of the space inside, the all-new Volkswagen Caddy California will have a wheelbase of 4501 mm while there will be a longer wheelbase version as well with 4853 mm long wheelbase.