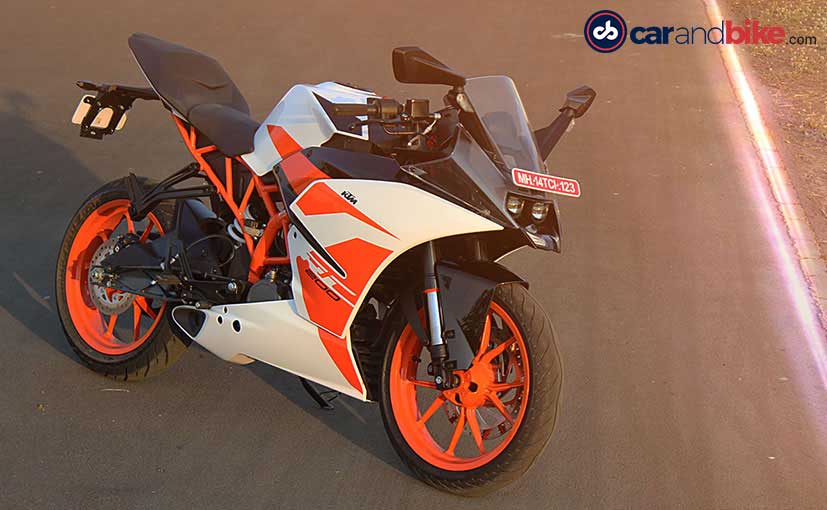 Having tested the 2017 KTM RC 390 at the Bajaj test track in Pune, it was now time to take the 2017 RC 200 for a couple of laps. The Austrian bike maker's supersport offering was launched alongside the RC 390 in late 2014 and the RC200 still remains one of the best entry-level motorcycles to learn the dynamics on track. For the 2017 model year, KTM hasn't introduced as extensive upgrades as the 390 on the RC 200, but you do get a BSIV compliant engine and new body graphics. 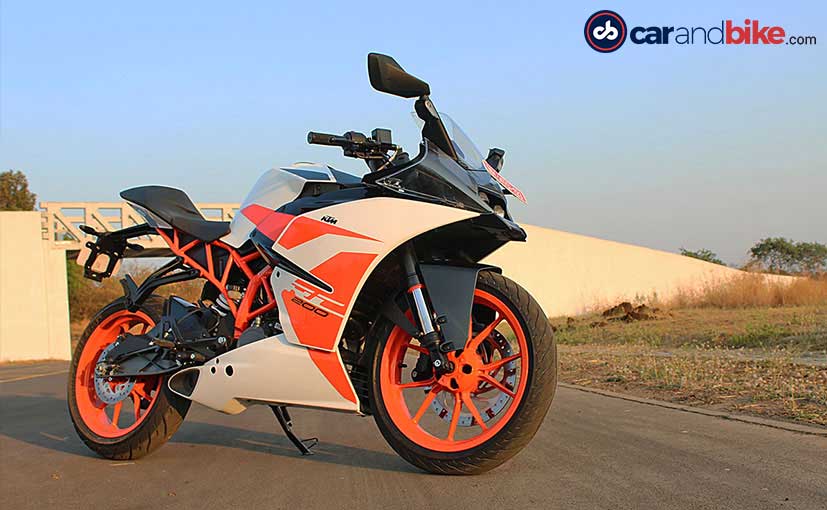 The 2017 KTM RC 200 boasts of a white paint scheme, quite contrary to the older matte black shade. The new RC 200 keeps things glossy like the 390 but is also more orange this time. The 'RC 200' badge also now takes prominence on the fairing. The other major change is the white under seat panel that was white earlier and also gets the RC 200 moniker. KTM has made no changes to the design and  the bike remains exactly as the outgoing version. The white shade though does give the 200 a visually larger appearance that works well. 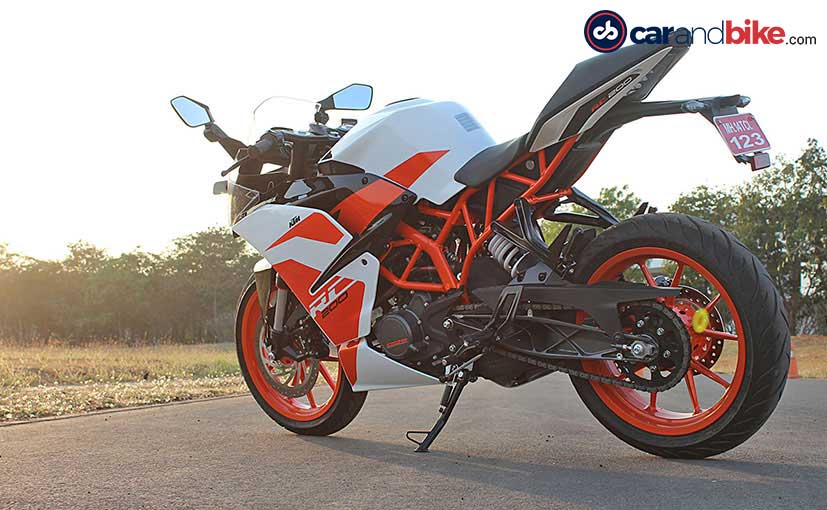 The mirrors are now wider and offers improved visibility

The new RC also comes with wider rear view mirrors shared with the 2017 RC 390 that lend an unobstructed view, while the improved cushioning from the 390 has also made it to the RC 200. The instrument console remains the same as the earlier version but gets one major addition and that is real time fuel efficiency. 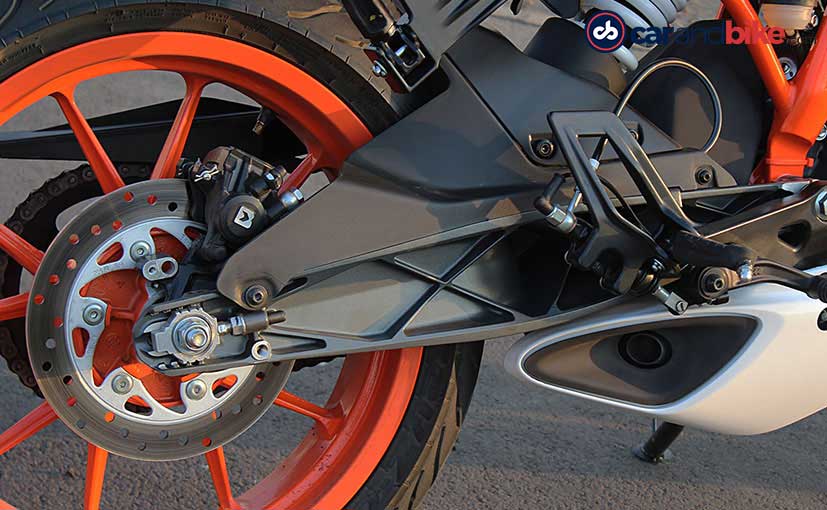 The 2017 RC200 continues to get an underbelly exhaust

Like the 2017 RC 390, the new RC 200 does not get adjustable levers and a side mounted exhaust. KTM folks tell us that the additional hardware needed to make the supersport BSIV compliant was fulfilled in the current setup and so the side canister has been given a miss. The smaller RC then continues to remain more susceptible to being scraped when leaning hard. 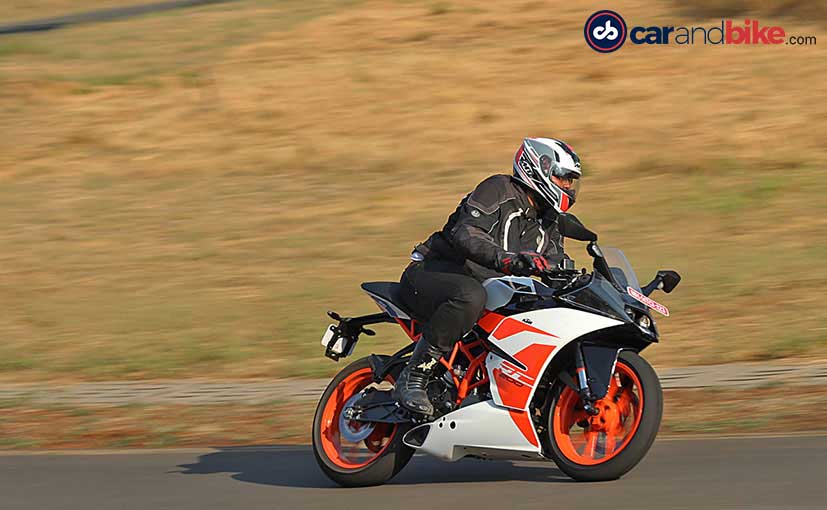 How Does It Ride -

Save for the BSIV compliant engine, the 2017 KTM RC 200 gets absolutely no change to the mechanicals, and needless to say, it rides exactly how it used to. So, you continue to have dedicated ergonomics with the low set handlebar, upswept foot pegs and a crouched back. Shorter riders will be able to adapt well to this, while it does take some time for the vertically gifted to find the right position. 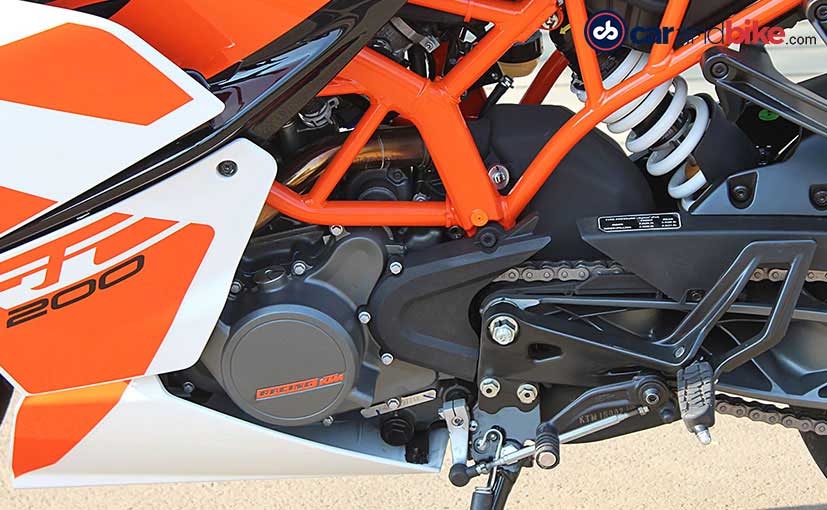 The 199.5 cc liquid-cooled mill continues to produce 24.6 bhp and 19 Nm of torque. The free revving motor is upbeat about performance and allows you to push to the limit every time. The 6-speed transmission is eager to upshift with initial gears being shorter and gets to triple digit numbers in a jiffy. If you are riding the RC 200 right after the RC 390 like we did; it will appear to be slower in comparison but not that the smaller RC is any less manic. Give it a flat straight and the all-knowing digital console will show in excess of 130 kmph in no time. That's also around where the rev limiter kicks in. 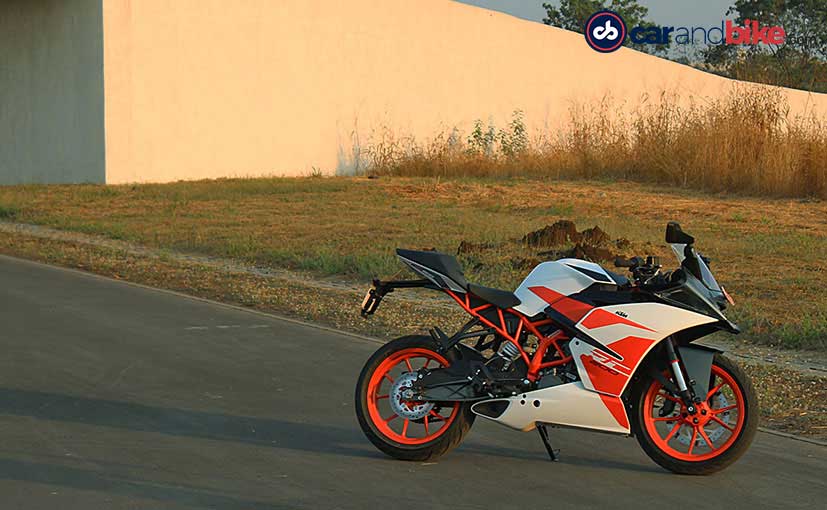 The RC200 is a capable track tool

The KTM RC 200 is also less intimidating on the track and encourages you to push harder. In fact, I do think this is the more fun RC between both versions if you are starting out. The RC 200 lacks the top-end punch as the 390, but this one is more agile around corners and that comes from being lighter than its sibling. The 2017 RC 200 weighs just 154 kg (kerb), which is a good 14 kg lesser than the RC 390 and that does show how the bike responds when you dive into turns. You have more control, not to forget, you also get to make full use of its tyres, in this case - the MRF Revz C, minimizing chicken strips. However, if you've learnt the nuance around corners, the RC 390 is tactfully the more logical and certainly the more fun purchase. 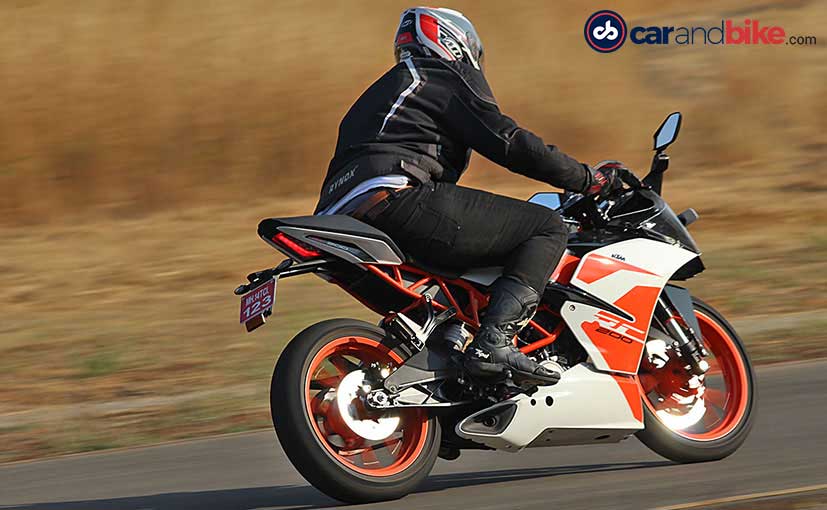 Braking performance still needs to be worked upon

One thing we do think KTM should've worked upon is the braking of the 2017 RC 200. The bike uses the same 300 mm disc up front, but the feedback feels a bit underwhelming. While the discs at both ends do the job effectively, a bit more confidence would go a long way. Unlike the RC 390, KTM does not provide ABS on the RC 200 and that's a big bummer. Nevertheless, the next update is expected to get the same. 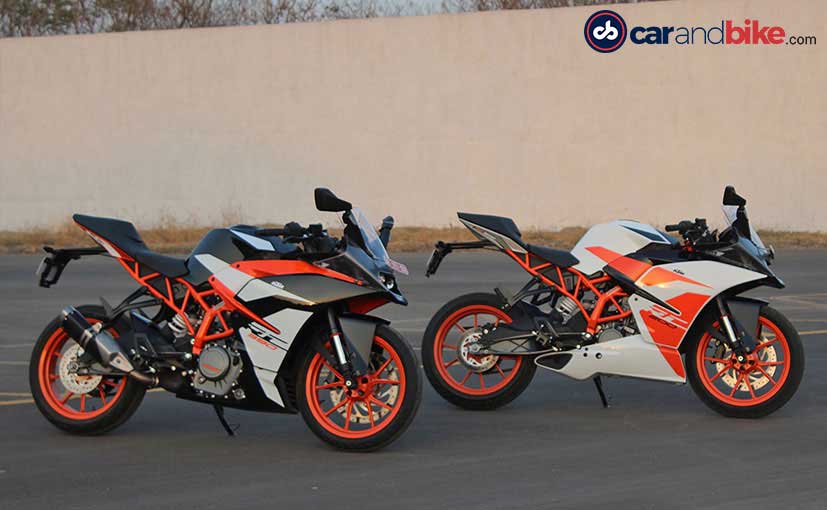 The KTM RC 200 never really major had issues to begin with and the 2017 edition ensures that it gets better for the environment while retaining the same good bits. It is focused, fun and the right entry-level track tool you should be looking at. At ₹ 1.71 lakh (ex-showroom, Delhi), the price increase is only marginal, keeping the bang for the buck value intact. However, if a quicker upgrade is on your mind, we do think spending a little extra and getting the enormously loaded 2017 RC 390 is a better choice. That said, the RC twins will be moving to the next generation later this year when the new generation Duke based models arrive at EICMA. The India launch can be expected some time in 2018. Till then, the 2017 RC 200 and RC 390 are ready to race.