We get on the saddle of the most hipster bike from Ducati and take it for a quick spin. Here's our review of the Ducati Scrambler Mach 2.0. 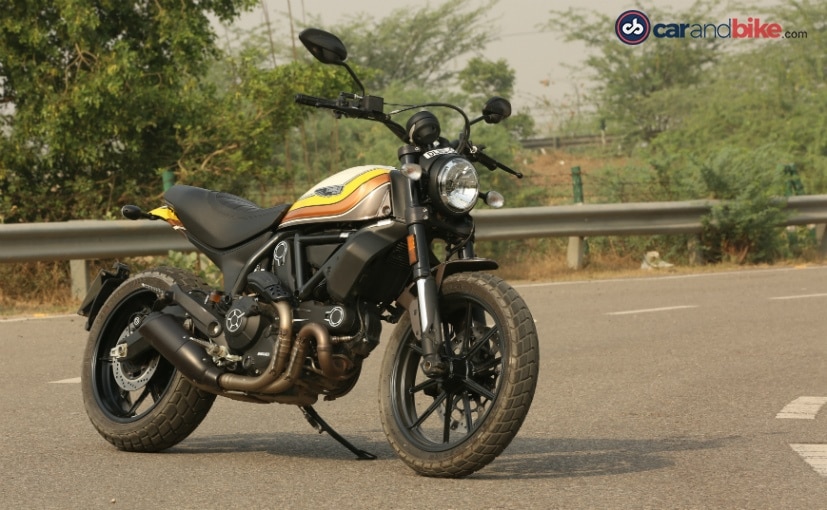 The Ducati Scrambler Mach 2.0 was first unveiled more than a year ago. It was a long journey for it to be launched internationally, then in India and finally ended with us getting the key to the bike. The Scrambler Mach 2.0 was created by the famous motorcycle designer, Roland Sands. The original Scrambler is a throwback to the hip, scrambler motorcycles of the '60s and this one has even more retro vibes to it, thanks to the custom paintjob. The motorcycle remains the same as it is when it comes to the mechanicals and the specifications. But there are a few minor changes of course. Read on to find out. 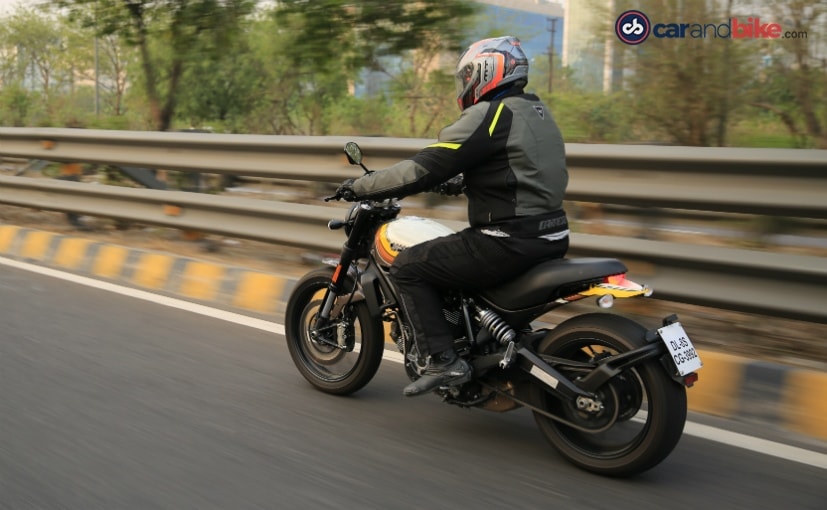 (The Scrambler Mach 2.0 looks beautiful on the move)

Coming straight to the point, we quite like the new paintjob which includes cream, yellow and brown with black stripes. The colours hark back to typical Californian west coast vibes of the 1970s and pays homage to the Scrambler Mach 1 of the '60s and the design was inspired by the Bell Cross Idol helmet. The minimalist design of the Scrambler coupled with the fuel tank painted in new colours along with the rear panel right below the seat come together to give the bike a beautiful, nonchalant hippie look which invokes all sorts of motorcycling emotions inside you. 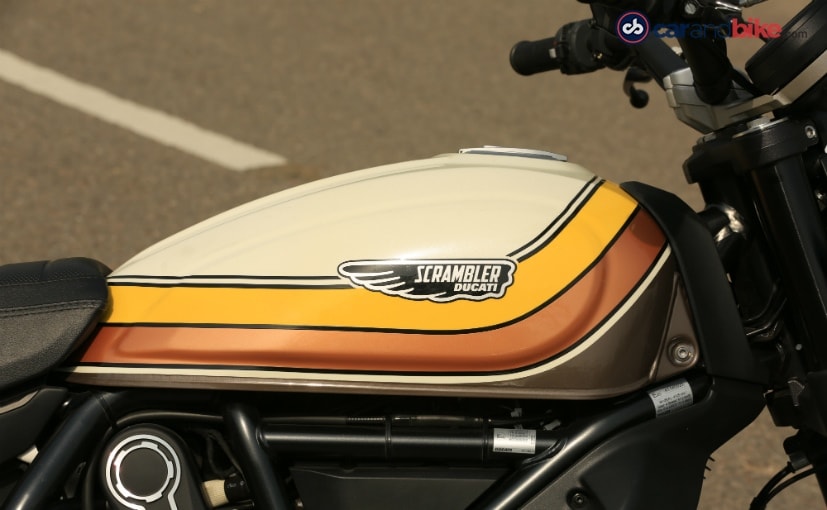 (The custom paintjob on the Scrambler Mach 2.0 was designed by Roland Sands)

Then there are the blacked out parts such as the engine covers and the exhaust which gel well with the overall look of the bike. The handlebar too is new and is slightly flatter and wider than the one on the standard Scrambler Icon. This gives you a wider stance when you sit and makes it easy to manoeuvre through the traffic or even stand up and ride, should you be in the mood for it. Your arms are more comfortable and it kind of makes you look good when on the move. The seat is a new flat-track style unit too. The black bits give the bike a grungy look along with the cool retro flavour that the new colour scheme oozes. 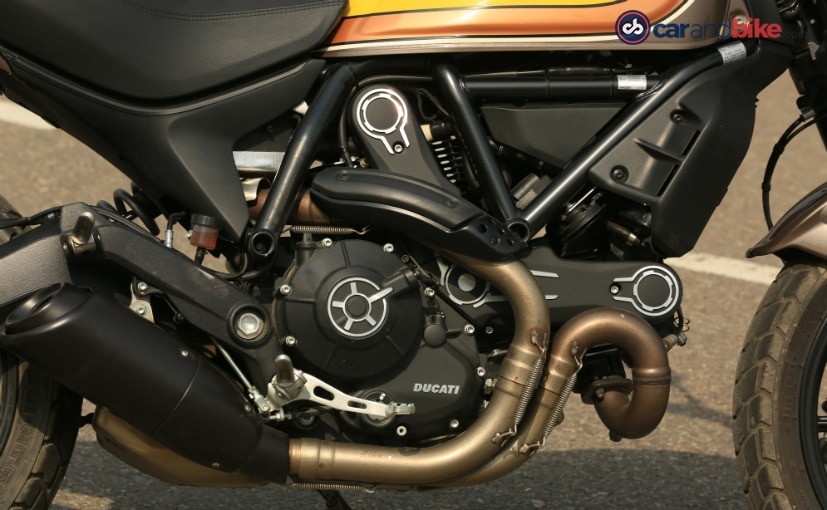 (The Scrambler Mach 2.0 uses the same engine as the standard Scrambler Icon)

The Ducati Scrambler Mach 2.0 uses the same 803 cc L-twin Desmo air-cooled engine which makes 72 bhp at 8,250 rpm and churns out peak torque of 67 Nm at 5,750 rpm. The engine is mated to the same six-speed gearbox as before. Like the standard Scrambler Icon, the Mach 2.0 gets 41 mm upside down Kayaba forks at the front and an off-set Kayaba monoshock which can be adjusted for pre-load and rebound. Braking is taken care of by a 330 mm single disc up front with a radial 4-piston calliper and a 245 mm disc at the rear with a single-piston floating calliper. 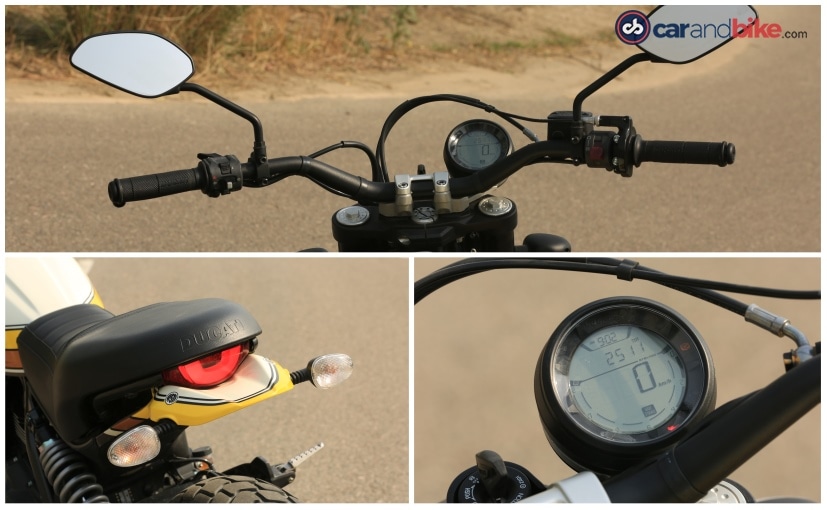 (The bike gets a new flatter, wider handlebar along with similar features to the Scrambler Icon)

ABS is standard fitment along with a USB socket under the seat and LED ring up front and a diffused LED tail lamp. The instrumentation console is the same as other Scrambler models, a single pod LCD screen.

How does she perform? 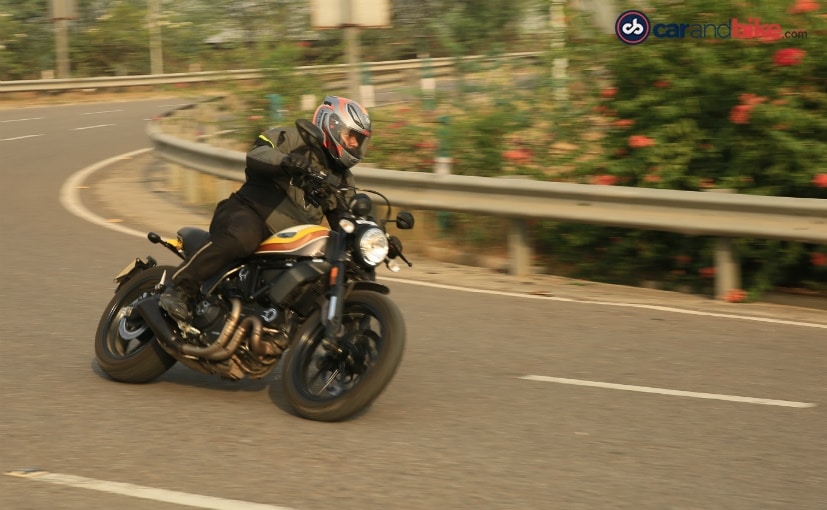 In a sentence, as good as she looks! The first gen Scramblers had this snappy throttle which required you to have a good control on your right wrist but Ducati has refined the throttle, although in first gear the bike still lurches forward with urgency. A twist of the wrist and the speed of the bike sync much better than before! The bike loves to be ridden hard. You keep the throttle pinned and she will keep on churning her insides and get you that surge of power that belies the fact that this is just a middleweight naked sport making only 72 horses. The gearbox is smooth and works well with the engine. Having a wet weight of 183 kg, the bike, with its sharp handling, makes filtering through urban traffic easy and dare I say, almost enjoyable. 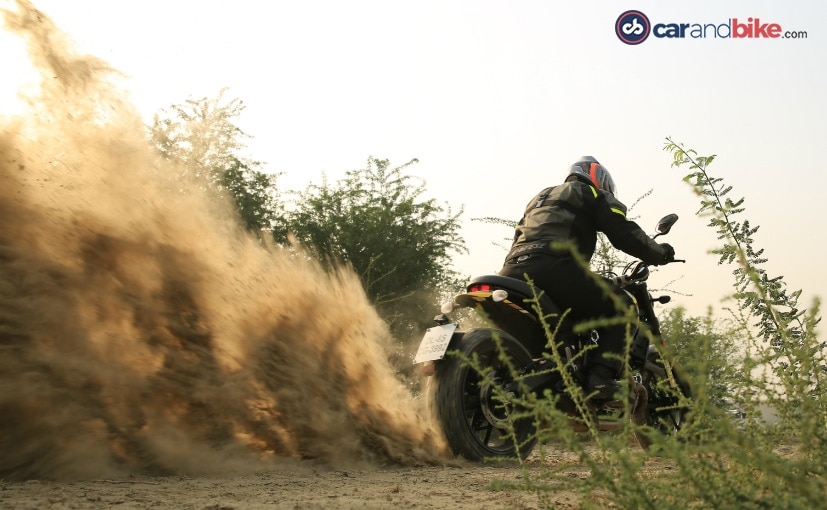 (The Scrambler Mach 2.0 is not afraid of dirt. She enjoys it rather)

The bike has a plush ride too. The suspension is slightly on the softer side, because we guess it is meant to tackle a little more than just broken roads. In fact, the agile chassis makes it easier to change directions quickly and the grip from the Pirelli MT60 dual-sport tyres is pretty impressive be it tarmac or dirt. We briefly took the bike off-road and short of doing 15 foot up-in the-air jumps; the Scrambler Mach 2.0 will do your bidding willingly, when the road ends and the gravel begins. The motorcycle looks gorgeous without trying too hard and we like the performance too. It can happily be your daily ride and maybe give you company on light trail rides as well. We just aren't quite convinced about the price difference between the standard model and the Mach 2.0.