The 2019 Triumph Street Twin and Street Scrambler is all set to be launched on February 14 and will get updated with more power and torque, cosmetic upgrades and the addition of riding modes. 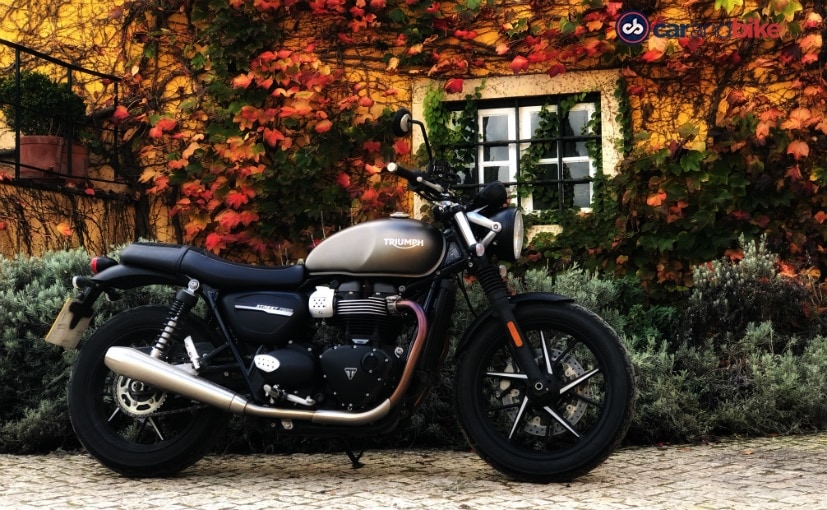 The updated Street Twin retains the same silhouette as the current model but gets a redesigned headlamp, new machined detailing and brushed aluminium brackets. There's tyre pressure monitoring system as well as an option, along with the updated tank badge and a more contemporary looking Street Twin logo. Power on the 2019 Triumph Street Twin comes from the same 900 cc twin-cylinder engine, which now makes 18 per cent more power than the predecessor. The motor is now tuned for 64 bhp that arrives at a 500 rpm higher deadline, while peak torque remains the same at 80 Nm which is available at 3800 rpm instead of 3200 rpm. 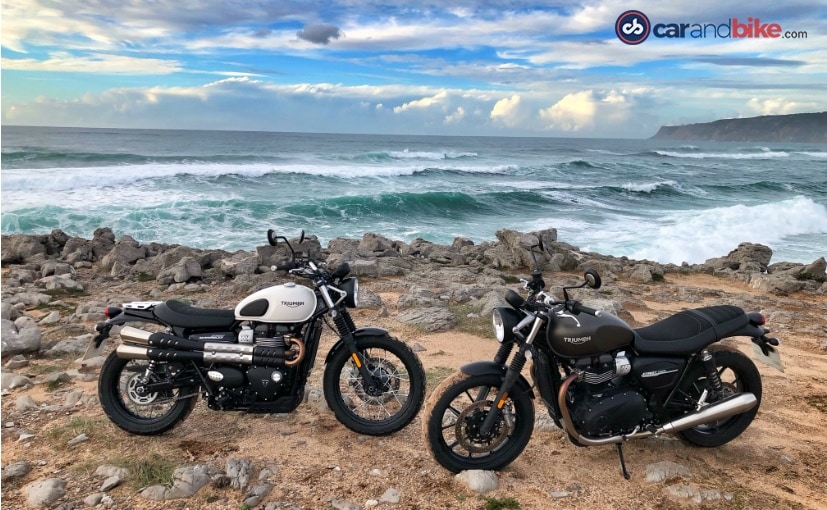 Triumph says the changes have been made thanks to a new lightweight crankshaft, dead shafts, balance shafts and lighter clutch. The 2019 Triumph Street Scrambler also gets the upgraded 900 cc, which now makes 64 bhp at 7500 rpm, an 18 per cent increase in power over the outgoing model, while peak torque comes earlier than the Street Twin at 3200 rpm. The Street Scrambler is based on the Street Twin, but offers additional off-road capability. For the Street Scrambler, the parallel-twin motor has been updated with a lighter crankshaft, magnesium cam cover, a new lighter clutch and mass optimised clutch cover. The ride-by-wire throttle control system now offers two riding modes - Road and Rain with the new Off-Road mode. There are separate throttle maps and traction control settings too. The bike also gets switchable ABS for off-road use. Other improvements on the 2019 Triumph Street Twin include a new 120 mm travel front fork from KYB, while the brakes have been upgraded by introducing a four-piston Brembo caliper on the front disc. An all-new feature is the addition of two riding modes - Road and Rain; while you also now get ABS and traction control as part of the package. The Street Twin comes with a USB charging socket, LED rear light, immobiliser and Torque Assist clutch with a lighter lever feel.

The 2019 Street Twin also gets new cast wheels with the front wheel being larger, updated instrument console and a more comfortable seat. The new Triumph Street Twin is available with a long list of over 140 accessories to choose from, as well as two factory "inspiration" kits to suit individual style and personality.

Triumph Bonneville T120
₹ 9.78 Lakh *
View More
Subscribe to Our Newsletter
Over 1.5+ Lakhs subscribers
Thank you for Subscribing to Us
x